Kyma (pronounced KEYma) has a very sleek, sophisticated and contemporary feel. Named for the Greek word for “wave,” the sand-and-sea theme begins at the restaurant’s entrance, where sand-colored tile accented with blue glass sets the welcoming tone. The vibrant bar area features a similar color scheme, as well as dramatic lighting and a large mural of a cresting wave. Neon ceiling accents are featured in some of the dining areas, where seating options include tables and booths. Rich wood, deep earth tones and photos of sunny Greece add to the sense of place.

you wouldn’t know it by its current look and vibe, but Kyma makes its home at the same location as the former Silk City Diner, which had been owned by Nick and his brother, George. They began operating the diner in 1994, closing it in January 2009 to make way for Kyma, which opened in July of that year. Kyma shares the building with Johnny’s Bar and Steakhouse, which has its own entrance on the lower level.  It was the success of Johnny’s, which opened in 2006, that inspired the brothers to transform the diner into Kyma. Nick purchased both restaurants from George in 2014.

“At Johnny’s, we focus on steak with a bit of seafood, but at Kyma, the focus is on seafood,” Nick explains. “Here, we offer great-quality seafood and get creative with how we offer it. Kyma combines the quality you find in a fine-dining restaurant with a relaxed atmosphere.”

At Kyma, the salmon is Scottish, while crab cakes are colossal grade (which means they’re made from the largest, whole, unbroken pieces of white meat). The restaurant also features cold-water South African lobster, which Nick describes as “the Cadillac of lobster.” Chilean sea bass is also on the menu.

When asked to name the most popular menu item, Nick surmises the Colossal Crab Cake may be the restaurant’s signature item.

With warm weather on the horizon, Kyma will once again offer al fresco dining on The Dock, a 90-seat covered deck  with its own bar and restrooms. “With the canopy, roll-down side covering, heaters and fans, our guests can enjoy outdoor dining even when it’s a bit cool. “Last year we opened The Dock, April 1, long before most decks were open,” Nick says. The Dock’s menu includes some casual fare such as pizza. Guests can also order items from Kyma’s menu.

■ The Loft, 201 W. Orange St., Lancaster. 299-0661, theloftlancaster.com. Established in 1973, this second-floor restaurant has become a Lancaster dining tradition. Under the helm of chef/owner Gunter Backhaus since 1987, it has an intimate and casual, yet elegant atmosphere. Lunch and dinner are served. The Loft is known for soft-shell crabs, shrimp cocktail, fried oysters, prime rib and mushroom soup.

Churches across America hold fish dinners during the Lenten season. “Fish Fry” guides are compiled by various organizations and can be found via the Internet. Two dinners being held in this area include:

■ Seven Sorrows of the Blessed Virgin Mary in Middletown. Now in its 18th year, the menu has become so legendary that 1,300+ diners typically turn out for dinner each Friday evening during Lent. Homemade chocolate eggs are also sold. Dates: Fridays from February 20 through March 27. Hours: 5-8 p.m. Address: 280 N. Race St., Middletown. Contact: 944-3133 or sevensorrows.org.

■ St. Peter Catholic Church in Elizabethtown. Talapia, cod and fish sticks are the mainstays of this annual dinner that offers three dining options: choice of entrée and sides; all you can eat; and drive-thru/takeout for sandwiches, etc. Also in demand are the homemade chocolate Easter eggs that can be purchased. Bring a canned item to donate to a local food bank and you’ll save a dollar on your meal. Dates: Fridays from February 20 through March 27. Hours: 5-7 p.m. Address: 61 E. Washington St., Elizabethtown. Contact: 512-2361 or stpeterlentendinners.com. 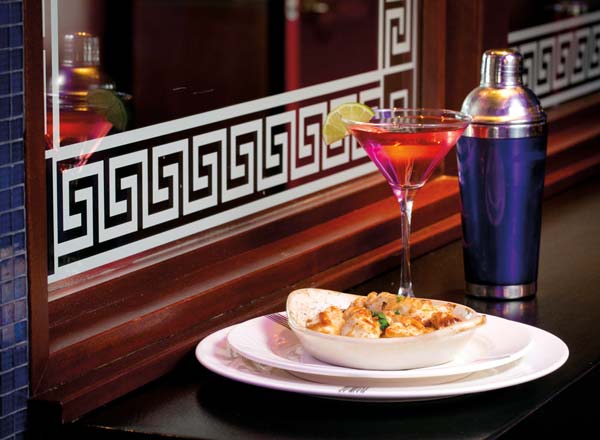