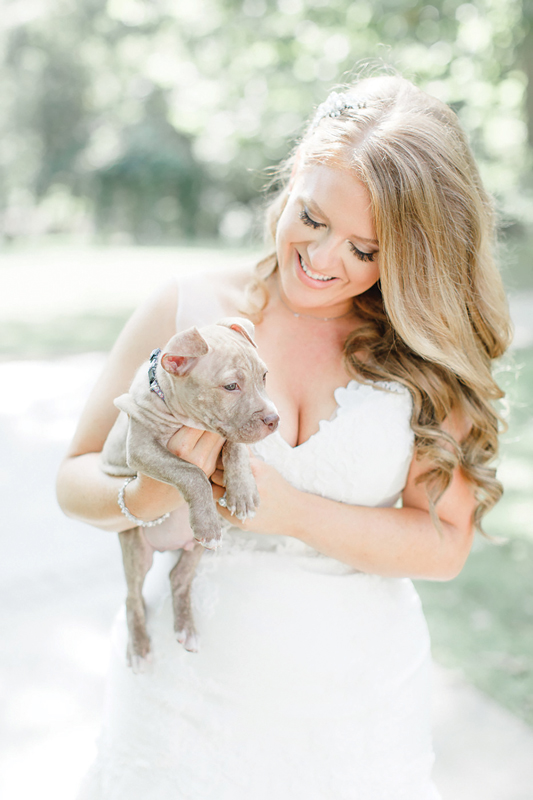 Sarah and Matt’s wedding, which was held at Moonstone Manor in Elizabethtown, literally went viral thanks to Sarah’s almost-last-minute idea of scheduling a pre-ceremony photo session that would involve puppies. No doubt, you’ve probably seen the photos – they’ve appeared in newspapers across the state (and beyond), on online wedding sites (including Kleinfeld Bridal, where Sarah purchased her dress), in magazines, and on websites such as Huffington Post, BuzzFeed and The Dodo. News programs such as Good Morning America and Inside Edition also showcased them. “It was crazy,” Sarah says. 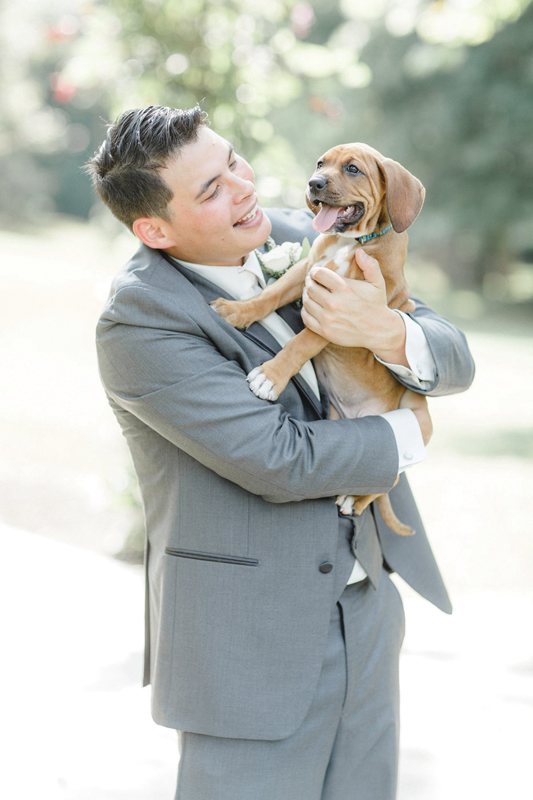 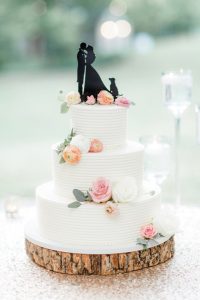 To fully tell the story, we must go back to the beginning. According to Sarah, her mother is of the opinion that her daughter came into this world loving animals. “I was too young to legally work in a pet store, so I volunteered at one,” she says. She became a certified dog trainer. She’s also been involved with the rescue organization Pitties.Love.Peace as a dog trainer and board member since it was founded seven years ago. Because she now lives near Philadelphia, she isn’t able to be as hands-on with the rescue and instead helps with its online presence as well as the processing of applications. 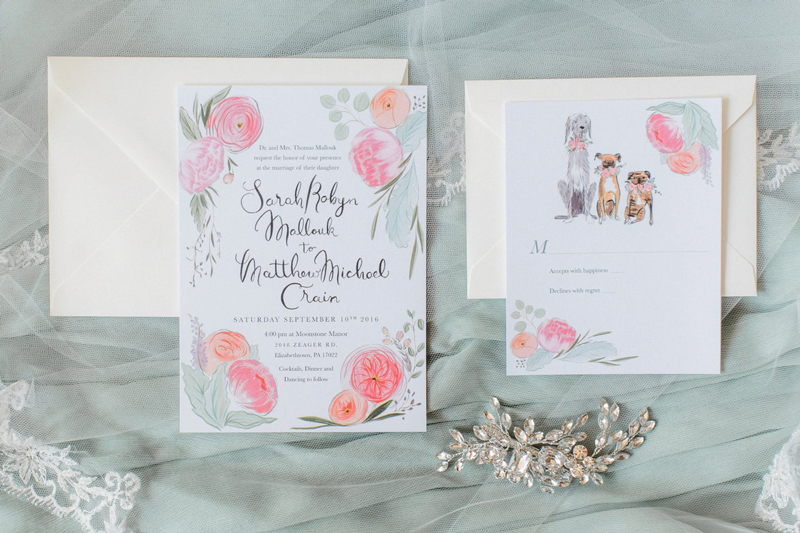 Sarah and Matt met while they were both attending Shippensburg University. “He grew up with cats,” she notes. Sarah’s influence helped to convert him into a dog lover. They celebrated their one-year anniversary as a couple by adopting a puppy. Today, their family consists of two Boxers and a Pit-mix they are fostering for Pitties.Love.Peace. 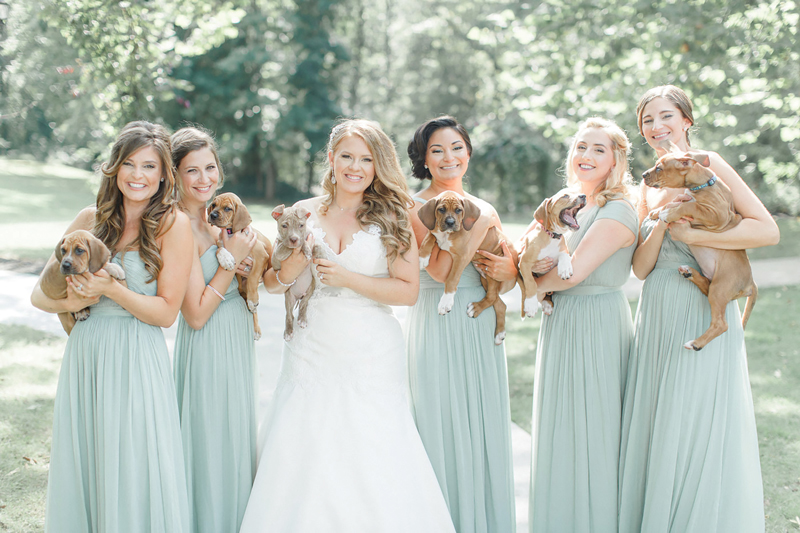 From the moment Matt proposed, Sarah knew she wanted to include a canine element in her wedding. When a litter of Boxer/Coonhound puppies arrived at the rescue, the idea of including them in a pre-ceremony photo shoot took root. When an adorable Pit-mix arrived at the rescue from New York, Sarah put her plan into action. She not only wanted to incorporate her and Matt’s love of dogs into their wedding, but she “wanted to honor the rescue in a personal and tactful way,” she explains. 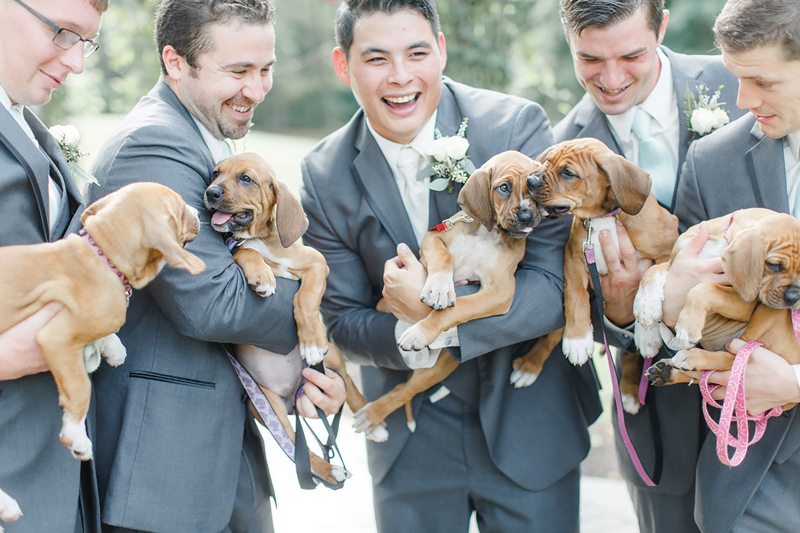 Photographer Caroline Logan was game, knowing the presence of puppies would provide the ingredients for adorable and relaxed photographs. Volunteers from the rescue were on-site to help wrangle the energetic pups. “The photo shoot was done quickly, which was good, because it was a really hot day,” Sarah explains, adding that contrary to numerous reports, she and her bridesmaids did not walk down the aisle carrying the puppies. “We carried our bouquets,” she says. 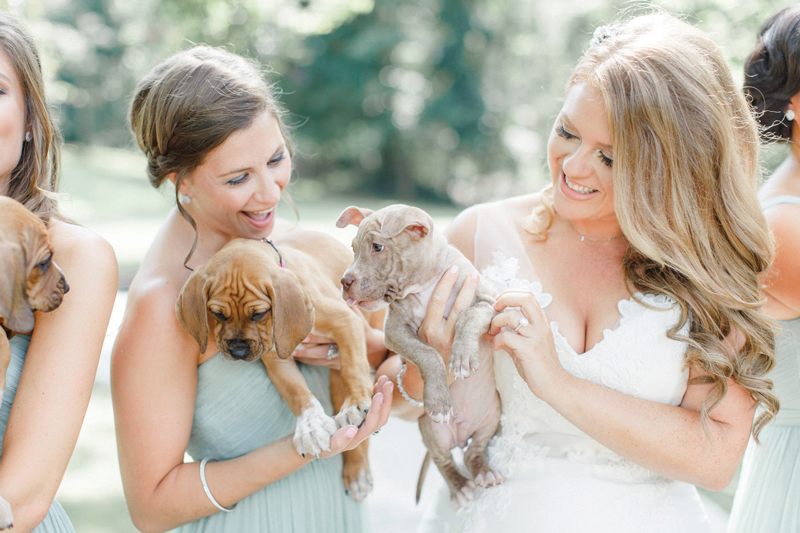 A few days into their Riviera Maya honeymoon, Sarah received a call from Caroline. “I wondered why she would be calling,” she admits. Unbeknownst to Sarah, Caroline had posted a photo from the shoot to her Facebook page as well as to Kleinfeld’s page. News outlets, wedding websites, social media and animal organizations picked it up and requested additional photos from the shoot. Caroline needed the newlyweds’ permission to release them. Sarah began googling her photos and was astonished by the number of likes and views they were receiving. 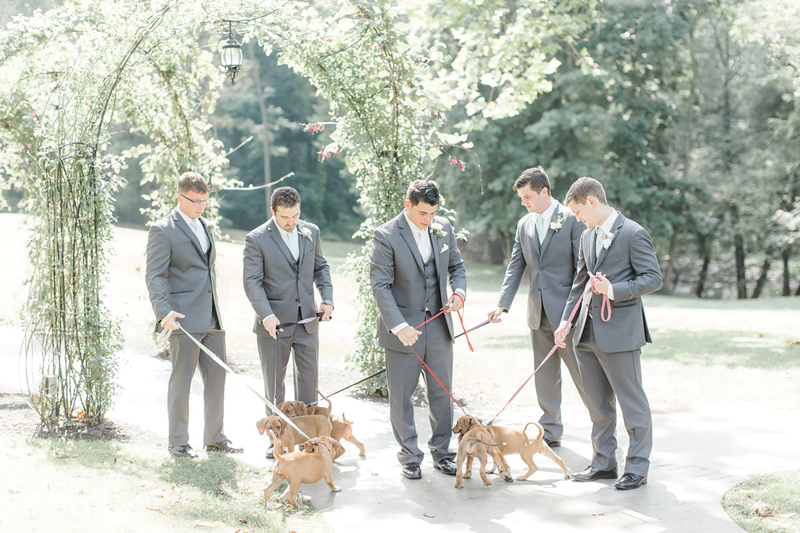 Good news also came Pitties.Love.Peace’s way. All the puppies were adopted, as were dogs that had spent considerable time in the rescue’s care. Volunteers also joined the rescue’s efforts thanks to the exposure it received through the wedding.

Sarah is happy that other couples are following in her and Matt’s footsteps. “I hope everyone’s intentions are good,” she says of providing rescues and shelters with exposure and financial support as opposed to simply using puppies as props for a wedding.