It’s August! You’ve taken your vacation and the kids have grown bored with their summer routine. What’s a family to do? Head for Mountville, where you can enjoy a casual meal, indulge in ice cream treats and play miniature golf at Scoops! 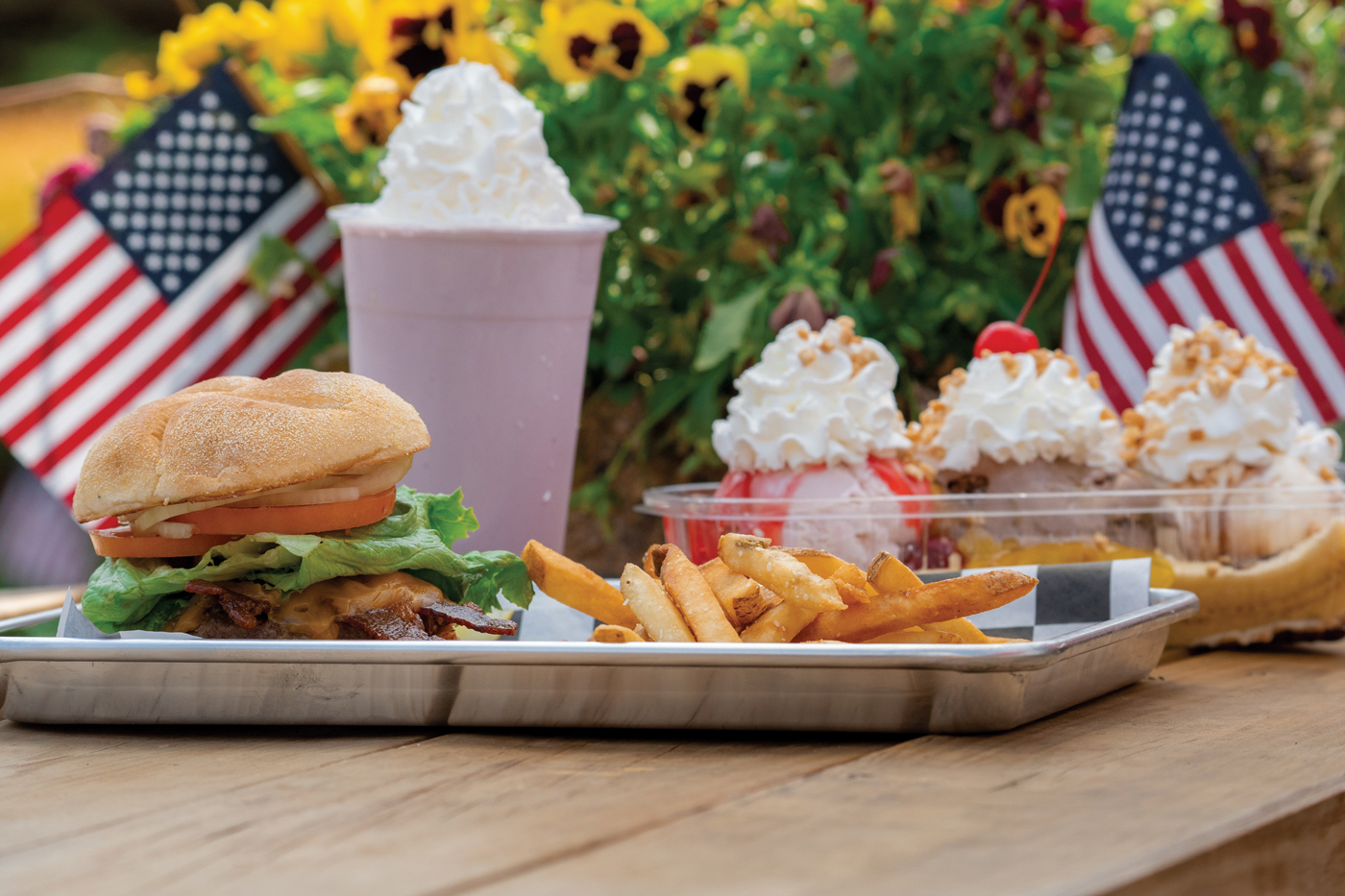 The perfect summer meal: A burger and fries, a milkshake and a banana split.

Scoops, which opened its doors in 1999 and has had several owners over the years, has been owned by Jason Risner and Gabrielle Petrina since 2010. The two met while working at Scoops. Jason, who grew up in a nearby neighborhood and started working at Scoops as a teen, holds a bachelor’s degree in business administration and management from Millersville University and previously served as service supervisor and banquet captain at the Hamilton Club. “I worked under four owners, so I saw what worked and what didn’t,” he says of assuming ownership of Scoops with Gabby, who is a native of the Harrisburg area.

Since buying the business, the two have added to the Scoops experience. In 2013, they launched Scoops’ first food truck. “We’re along Route 30, but we’re a bit of a hidden destination. The food trucks helped make people aware of us,” Gabby says. “They helped us build our brand. We now have four food trucks, and they’re a big part of our business,” Jason adds. 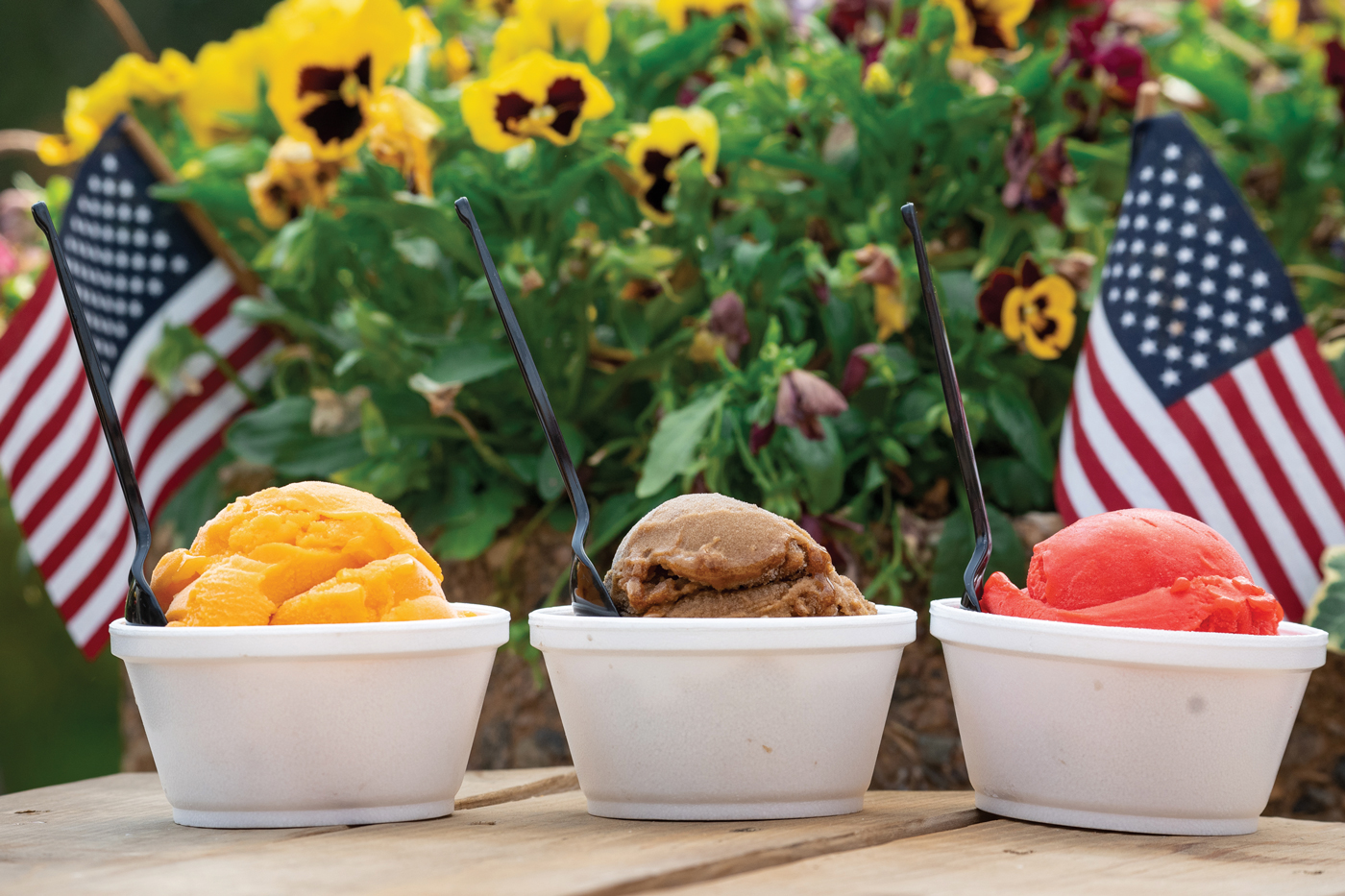 The food trucks feature a selection of items from Scoops food menu as well as ice cream. They operate on a year-round basis. The trucks can be found at corporate functions, fundraising events, weddings and other social occasions, as well as school and community events such as the Long’s Park Amphitheater Summer Music Series. Gabby says for special-event catering, the food truck menu may be customized. To keep products fresh, food trucks will travel at most an hour from Mountville, which means jobs take them only as far away as West York, Reading and Harrisburg.

Their most recent addition – purchasing the adjacent Boulders Miniature Golf – transpired in 2020. In buying the business, they’ve made improvements to the 19-hole mini-golf course including installing new greens, refreshing the landscaping, painting the footbridges and repairing the waterfall feature. During the last two weeks of October, the course takes on a festive look with Halloween decorations. “Mini-golf has always been a popular, fun family activity,” Gabby notes. “During the pandemic, a lot of people were looking for outdoor activities, so mini-golf was a great choice.” The fact that families can enjoy ice cream on-site after mini-golf is a bonus. 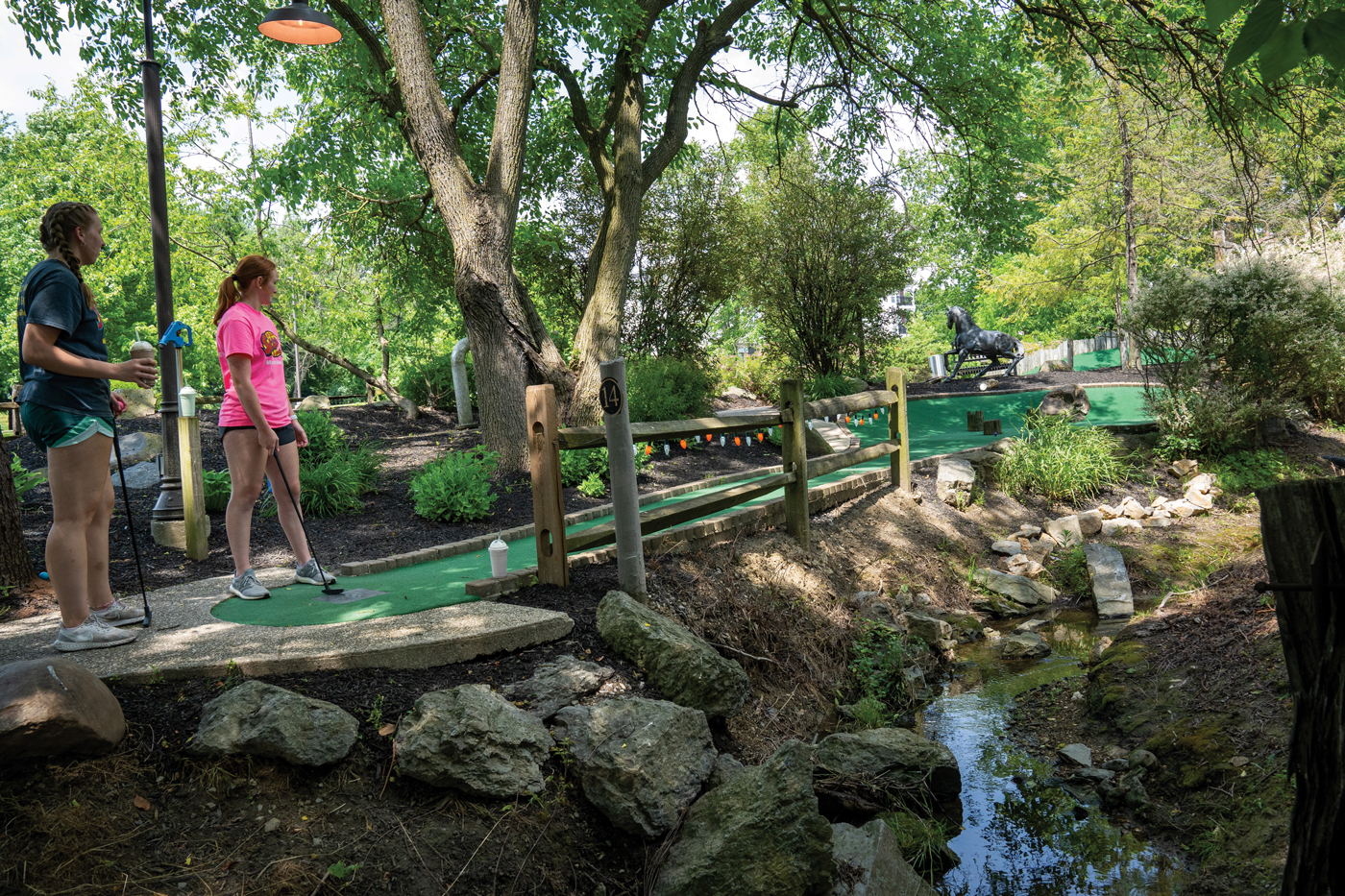 Since purchasing Boulders Miniature Golf in 2020, Scoops has made a number of improvements and upgrades to the course.

Like other restaurants, Scoops has had to make pivots during the pandemic. At Scoops, those changes included the elimination of indoor dining. “We’ve outgrown our indoor space,” Gabby explains. “With the uptick in the demand for take-out food items and the supply-chain disruptions, we’re using what had been indoor seating space to store supplies and ingredients.”

The elimination of indoor dining prompted the two to repurpose a portion of a parking lot and transform it into an outdoor seating area that can accommodate 100 people at tables that are topped with colorful patio umbrellas. New landscaping was added, as well.

As for the increased demand for take-out, Scoops launched an online order platform that’s accessed via its website. Orders are picked up at the drive-thru window. “We had the drive-thru window for a number of years, but it’s been heavily used since the pandemic began,” Gabby says.

Jason describes Scoops’ fare as all-American, noting that cheesesteaks – there’s a wide variety to choose from – have become customer favorites. Other popular items include chicken bacon ranch wrap and the jalapeño Monterey burger. Burgers are crafted using 1/3-lb. fresh Angus beef; turkey or veggie burgers are also available. Menu items also include small bites such as waffle fries or house-made chips, salads, quesadillas, sandwiches (including pork BBQ), wraps, hot dogs and baskets such as fish and chips and chicken tenders and fries. A kids menu is available; food and ice cream specials are offered on weekends. “The food specials allow our chefs to be creative,” Jason says. 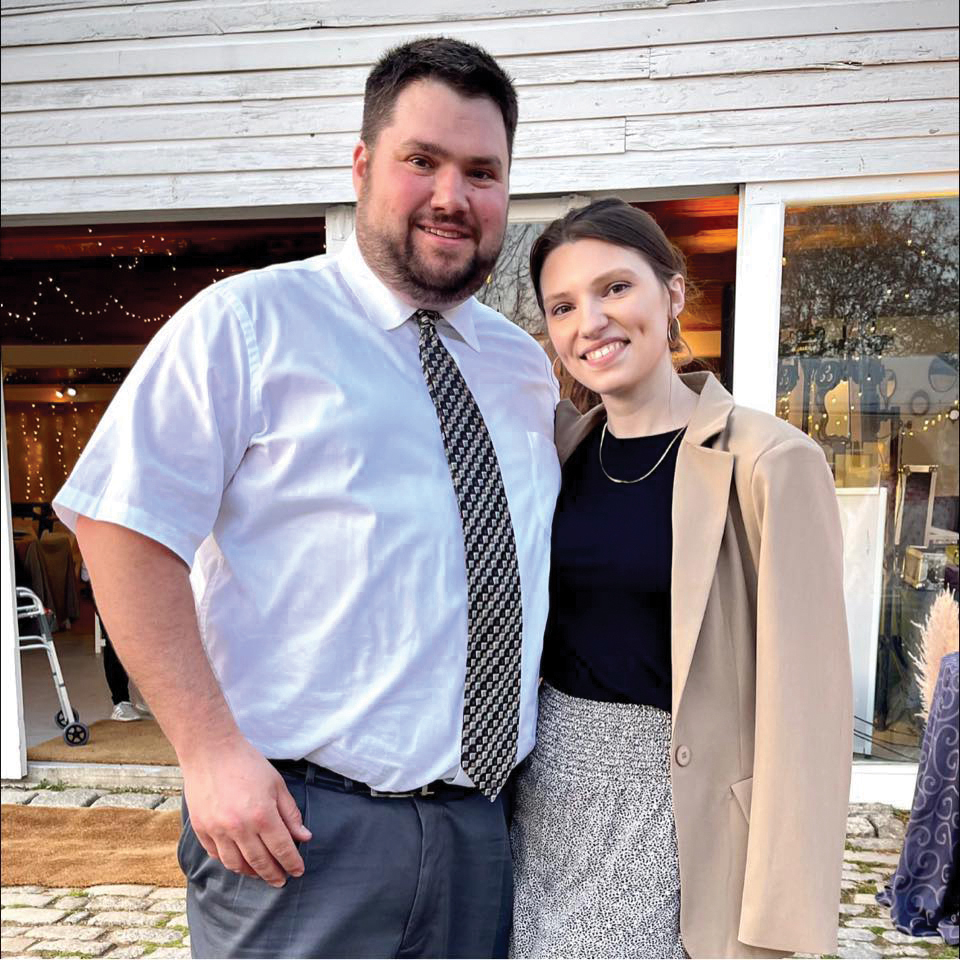 Jason Risner and Gabby Petrina have owned Scoops since 2010. Jason, who grew up in Mountville, began working at Scoops as a high school student. Facebook photo.

As for ice cream, Scoops offers premium, hand-dipped ice cream from Leiby’s Dairy, which is based in Tamaqua, Schuylkill County. Using fresh milk from area farms, Leiby’s base recipe for its ice cream products dates to 1928. Soft-serve ice cream (vanilla, chocolate or twist) and non-dairy Tofutti, as well as Rosati Ice, are also on the menu. Jason says the Italian water ice is scoopable, gluten-free and vegan. (According to its website, Rosati Ice was founded in 1912 and is “America’s original Italian water ice manufacturer.”) “The non-dairy Tofutti has become popular, and the water ice is really refreshing,” Gabby remarks.

Scoops has become known for its homemade waffle cones and for the colossal banana split. The ice cream menu also features specialty and build-your-own sundaes and a variety of shakes and floats.

Scoops Ice Cream & Grille is located at 312 Primrose Lane in Mountville.  Only outdoor dining is offered. Online ordering for pickup at the drive-thru is available via the website. Hours through Labor Day are 11 a.m.-9 p.m. daily. Hours after Labor Day will be posted on the website/social media. Scoops will close for the season at the end of October, but the food trucks have an extended catering season. Call 717-285-2055 or visit scoopsgrille.com, Facebook, Instagram and Twitter for more information.

The perfect summer meal: A burger and fries, a milkshake and a banana split.