I’ve never been a car happy kind of person. All I’ve ever been interested in is having something that will get me from Point A to Point B and back again. My sister, on the other hand, has always been car happy. She’s owned a Mustang, an MG, every model of Jeep you can name, a Subaru station wagon and every SUV that Ford makes. Currently, her favorite mode of transportation is a huge RV that theoretically negates the need to stay in hotels for her dog-related activities. I think she got it from our father, who was always car happy and amazingly could identify every model of car known to man.

I’m also the type who will drive a car into the ground in order to avoid having car payments. With that said, I had to laugh when I saw the television commercial for an insurance company in which the air conditioning, windshield wipers and turn signals don’t work in a young man’s car and his friends must serve as human substitutes for them.

I can definitely relate to that commercial. About four years ago, on a very rainy and windy day, I was driving east on Route 283 when the windshield wiper on the driver’s side of my 2004 Buick Century suddenly went crazy and wrapped itself around my door. I had to lean over to the passenger side in order to see where I was going. It was kind of sad because outside of regular maintenance, that car was a Trojan horse. It never gave me any trouble. By then, however, I guess it was beginning to feel all of its 150,000-plus miles.

A week later, the garage I patronized in Mount Joy was able to take a look at it. They tightened both wipers and warned I may have to replace the whole kit and caboodle, which wouldn’t be cheap. During a conversation with my sister, I said, “I can’t believe windshield wipers are going to be the downfall of my car.” Fortunately, whenever the wipers acted up, the guys at Hatt’s Auto Repair were good enough to tighten them. Needless to say, I scheduled things around the weather and tried to use the wipers as little as possible. I even bought one of those FrostGuard “blankets” from QVC so that snow and ice wouldn’t touch the wipers and windshield when it was parked.

That summer the car also developed a new problem. The air conditioning stopped working. And, that red check-engine light was always on. I was informed they were connected and would more than likely involve a costly repair. I decided I could live without air conditioning until my next inspection. 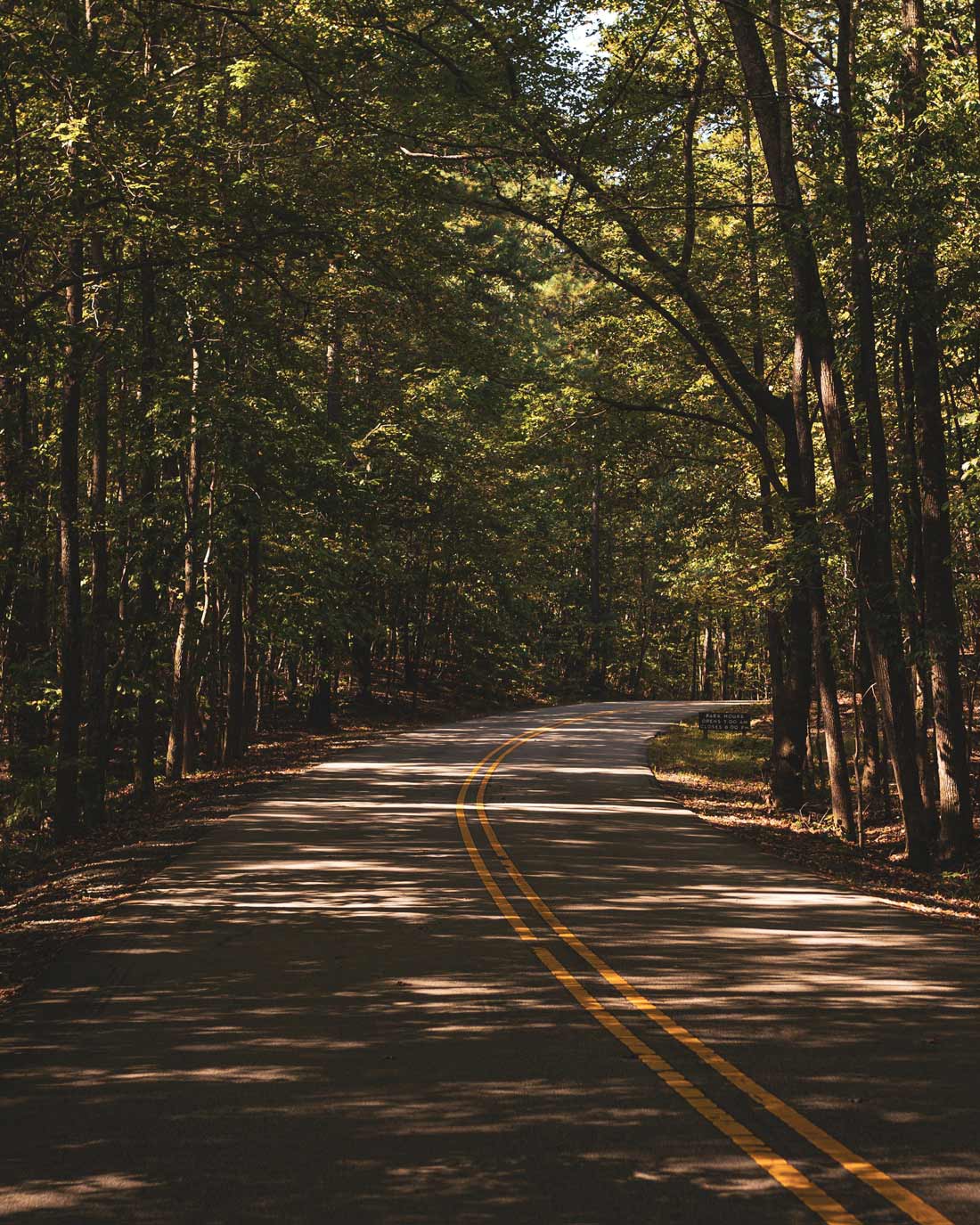 Two years ago, I ran some errands on Good Friday and didn’t drive the car again until Monday morning. As I exited the driveway, I thought something didn’t feel quite right. I pulled over, only to discover I had a flat tire. Two senior-aged guys walked past and said changing a tire was no longer in their wheelhouse and suggested I call AAA. I had let my membership lapse, so it was on to Plan B. “I know,” I thought to myself, “I’ll call Kirk Zutell,” a photographer I often work with and who just happens to live minutes away from my house. If he didn’t answer, Plan C was to call another photographer, Jordan Bush, who lives in Ephrata. Good old Kirk answered my call and came right over and saved the day. He also discovered the problem – a nail was imbedded in the tire.

I took the tire to Hatt’s and since they were busy, they asked if I could leave the car. That wasn’t a problem, so I called our then assistant editor, Briana Hess, in hopes she could pick me up. No answer. It then occurred to me that she was in the meeting I was missing. I figured the meeting would be a short one and I would get some exercise on a beautiful spring day. So, I started walking. My phone rang. It was my son calling. I sat down on someone’s steps to discuss the state of the Washington Nationals with him. Midway through the conversation, he asked where I was, as he heard traffic whizzing by, followed by the clip-clop of a horse-and-buggy. I explained the situation. “Why didn’t you call an Uber?” he asked. “I wouldn’t know how to call an Uber if my life depended on it,” I responded. He came back with, “Call a cab,” to which I answered, “I’m in Mount Joy.” I continued walking. As I neared the 3-mile point of my trek, Briana answered the phone and came and picked me up.

Meanwhile, back at the service garage that afternoon, I retrieved my car only to notice the tire on the front driver’s side appeared to be low. I went into the office and said, “Now, I don’t mean to sound like a nervous Nellie, but could you look at another tire?” The guy took a look, shook his head, told me to pull up to the bay, put air into it and instructed me to bring it back in the morning. Problem solved.

A few days later, a co-worker appeared at my office door to report I had a flat tire (a nail in yet another tire). It was back to the garage (a co-worker changed the tire). As I waited, the guys at the garage pulled me aside and asked if maybe I had an enemy in my neighborhood. I was beginning to wonder!

Once the tire situation was resolved, I had a new problem. The thermostat would climb into the danger zone if the car wasn’t moving. My service guys advised me it could be a simple fix or something substantial. We tried the simple fix but the problem persisted. It was getting to the point where I only drove out of necessity and prayed I would only encounter green traffic lights. 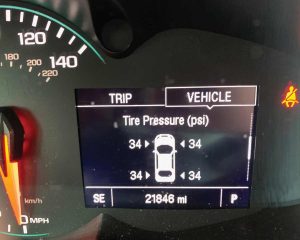 In September 2019, I decided the time had come to buy a new car. Knowing the inevitable was fast approaching, I had been doing my homework and narrowed down my choices. I even rented cars if I was going out of town to see how they drove. Finally, I discussed the pros and cons of buying a new car or continuing to pour money into my Century with Briana. We agreed a new car was the best route to take.

I saw a used Buick Encore on Whitmoyer Auto Group’s website I liked and decided to check it out on my way home one Friday night. As my luck would have it, the car in question was exiting the lot as I made my way in. Oh well, I told myself, maybe they’ll have something else.

At Whitmoyer, I was greeted by sales associate, Lance Patton, who confirmed the car I was interested in had just been sold. He suggested we take a spin in a new Encore. Nice ride but the price put me off. I thanked him and said I’d keep an eye on their inventory.

Suddenly, Lance got this “ah-ha” look on his face. “Wait here!” he said and seemingly vanished into thin air. About 15 minutes later, he came driving up in an SUV called a Chevy Trax (the twin of an Encore). It was a 2018 with a little over 10,000 miles on it. The interior was spotless. I loved driving it. I questioned why someone would trade in a barely used car. I was told the owner and his wife were downsizing and needed only one car, so they bought a new model that appealed to both of them. Sounded plausible to me.

When I got home, I called Briana to say I had bought a new car. “Wait,” she replied. “I thought you were going to the grocery store.” I explained I did but I decided to go car shopping afterwards.

I love this car! Especially the fact that all I have to do is push a button and I can see how much pressure is in each of the tires. I also get alerts from OnStar if a tire is low. Oh, and you can talk on the phone through the radio. One time I talked to a friend all the way home from Allentown, while keeping both hands on the steering wheel. I even got my garage door fixed so that the car wouldn’t have to sit in the rain and snow.

Now that my son and his wife live in North Carolina, I can’t wait to make a road trip. All I can say is, it’s never too late to become car happy.