Nothing says “summer” like slipping off your shoes and enjoying a cold beverage outdoors. And, nothing says “successful
beverage-tasting event” like the guys behind Joycat Events.

Chris Trendler, Adam Ozimek and Jonathan Yeager first broke into the Lancaster event scene in 2012 with the Lancaster Craft Beerfest. But, this friends-since-high-school trio knew they didn’t want Beerfest to be their only event. So, last year, they unveiled SIP Wine in the Park, a more intimate and exclusive event for wine enthusiasts held at Lancaster City’s Musser Park.

Some 300 people attended the inaugural event, and the friends have been hard at work planning this year’s SIP event, which will again be held at Musser Park on Saturday, June 18, from 3 to 6 p.m.

Chris, Adam and Jonathan met as students in the Hempfield School District. After graduation, they went their separate ways. Chris spent a short time at the University of Hartford but says college wasn’t for him. He came back to Lancaster and fell into the restaurant business, with successful stints at Gibraltar and the Penn Square Grille. He is currently the director of beverage and culinary service at The Clubhouse at Willow Valley.

Adam set off for Philadelphia, but he was overwhelmed by its size and congestion. He re-rooted in Lancaster but works in West Chester three days a week as an economist at Moody’s Analytics.

Jonathan left Lancaster for Portland, Oregon, where he had his own design studio. After realizing a lot of people were doing the same type of work, he decided to come back to Lancaster to be closer to family. He currently works as Industrial Resolution’s art director.

Though they come across as laid-back, joke-cracking 30-somethings, make no mistake: These guys are serious about making sure SIP is an upscale event that they themselves would want to attend. With good wine as the foundation (more on that later), they say they’ve spent the past year thinking about how SIP’s second outing is going to look and feel. They don’t just want to put 100 wines on a bunch of tables; they want all elements of the event, from the food to the music to the artwork, to flow. “It’s easy for a wine event to feel like a convention,” says Jonathan. “We want SIP to be a complete experience. We’re trying to host that event people can’t wait for.”

I attend a handful of wine events each year, from large, state-wide tastings to smaller, local events, and I was impressed at the level of finesse in SIP’s first iteration last May. Though it was a swelteringly hot day, the shade of Musser Park was comfortable, and many of the volunteers pouring wine samples at the event had an expert level of knowledge about their offerings. The three-hour timeframe provided a chance for leisurely strolling, and the jazz musicians and gourmet food added to the pleasant ambiance.

A good vibe only takes a wine event so far. It’s the wine that truly makes it. And Chris, a certified sommelier, is a pro at selecting wines that are approachable and drinkable while also being unique. “My main focus this year is carefully choosing wines to be informative and educational,” Chris explains. “It’s more quirky things and trying to show people something they’ve been missing.”

Chris notes that sparkling and light white wines were big hits at last year’s event, so he’s making sure to have plenty of offerings in those categories on hand for this year’s event. He’s also being more purposeful and plans to set up the tasting tables so the wines are not just grouped by suppliers but also by varietal, so that tasters can do a horizontal tasting of chardonnays, for example. That’s something  “wine geeks can really nerd out on,” Chris suggests. (Note: A “horizontal tasting” refers to tasting wines from the same year but from different producers, generally with boundaries on grape or region.)

“I want to give people a new perspective and get them out of their comfort zone,” Chris says. “I want them to leave and say, ‘I had no idea I liked that wine,’ and then that experience takes them in a whole different direction for the entire year.”

Chris most definitely achieved that goal with me and my husband at the 2015 SIP event. We tasted many wines we’d never tried before, and, with the help of the color-coded event map, we recorded those we wanted to buy after the event. Those included: Concannon Pinot Noir Select, Loveblock Pinot Noir and Boutari Moschofilero (a white Greek varietal).

All the wines featured at SIP are available in Pennsylvania, though some may only be available by special order or with purchase minimums.

The list of 2016 featured wines is available at sipwineinthepark.com and is being regularly updated as more wines are added.

Adam says hosting a successful event, whether it’s Beerfest or SIP, involves creating many partnerships and relying on the help of volunteers. Joycat works closely with the Lancaster Office of Promotion (LOOP), which supplies volunteers, assists with permits and helps in getting the word out to neighbors about the event, among other things. Another part of the equation is POUR, which sponsors the souvenir wine glasses, and media sponsor Fig.

“We’re happy we’re adding to the overall Lancaster scene and contributing to what’s happening here,” Chris says. “We’re part of the town now – part of people’s collective memory of what happens each summer.”
Though they slyly declined to give specifics, they did indicate that other ideas are in the works for future events. But for now, “We’re focused on doing our events this year perfectly,” says Chris.

Tickets for SIP are $70 ($20 for designated drivers) and are available at sipwineinthepark.com. 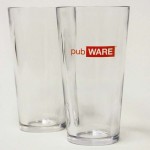 The season of entertaining outdoors has arrived. Don’t subject your guests to sipping beverages from flimsy plastic glasses. Instead, consider pubWARE. Made in the USA by symGLASS, the “glassware” – for wine, cocktails, beer or other beverages – looks and feels like the real deal, but it’s engineered from Tritan, which ensures it won’t break, crack, cloud or discolor. The material also eliminates condensation, which keeps drinks colder longer. They’re also dishwasher and microwave safe and are BPA-free. They were developed by Nashville restaurateur Quinn O’Sullivan, who tired of seeing the bottom line impacted by having to constantly replace glassware. For details, visit pubware.com. 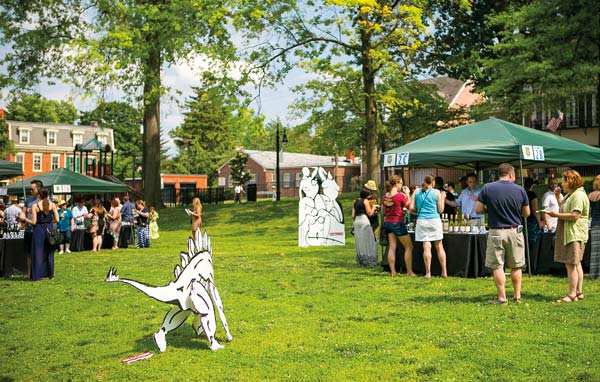 Musser Park will once again provide the backdrop for SIP Wine in the Park, which is being held June 18. In addition to wine, guests can sample food, listen to music and enjoy artwork. Photos by Mike Miville.