Ireland and beer; to say the two are synonymous is an understatement. I feel comfortable making this declaration, being partly Irish myself and because, well … I love beer. Traditional Irish songs wind wild tales of drunken debauchery. The island ranks fifth worldwide in beer consumption per capita. And, I’ve been to the Emerald Isle; trust me, the one thing the Irish love to do is buy an American a beer. 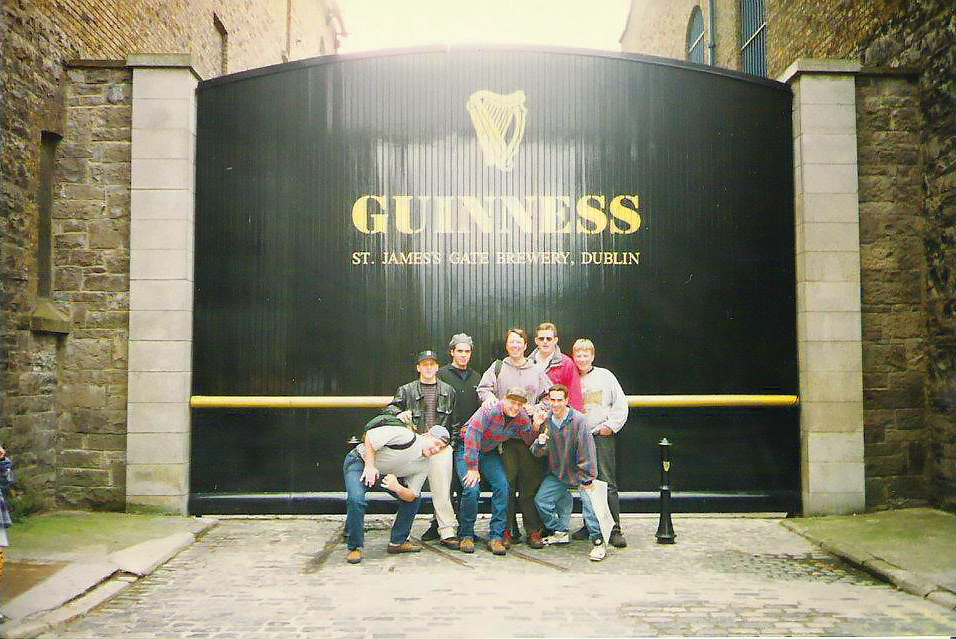 The art of brewing has ancient roots; scholars date Ireland’s attachment to beer as far back as the Bronze Age, when the alcoholic concoction was cooked up in earthen burnt mounds called fulacht fiadh. Archeologists have plotted more than 4,500 of these hot, rock-heated, malt-boiling structures in Ireland.

These early brews would not have resembled the cold drafts found in pubs today. The main difference is the absence of hops, which did not become a standard brewing ingredient until the 13th century. Historians point to the addition of herbs like heather, lavender and bog myrtle for flavoring the sweet, thick concoction that resembled beer during the days of St. Patrick.

One reason why the Irish are associated with drinking – notably beer – is substantiated by the Alcohol Beverage Federation of Ireland, which reports that Ireland’s alcohol industry is worth over €1 billion in exports, supports over 92,000 jobs and contributes more than €2 billion to the economy.

Yet another is the celebration surrounding the nation’s patron saint. St. Patrick – the banisher of snakes who drew the parable of the Father, Son, and Holy Ghost with a shamrock –is celebrated worldwide on March 17, with festivities ranging from parties at local watering holes to grand parades and holy processions. The date marks his death (circa 461 AD) and became an official holy day of obligation for Roman Catholics in Ireland during the 1600s.

The Holy Trinity of Irish beer

The most recognizable name in Irish beer is Guinness. Arthur Guinness founded his namesake business in 1759 by signing a 9,000-year lease on a vacant warehouse in Dublin. St. James’s Gate Brewery was born, and by 1799 the entrepreneur had all but given up on brewing ales and dedicated his production to porter, a style growing in popularity at the time.

When I visited St. James’s Gate Brewery in 1996, beer tourism was barely a thing – I dragged a few friends along with me kicking and screaming. After our walking tour, we ended up in a dark, lower-level pub for a few free samples; a handful of American tourists milled about and tasted the dark stout for the first time. We ended up having plenty of free beer that day and my friends, more accustomed to Budweiser than stout, eventually accepted the newfound brew. Anyone who has visited the brewery will tell you, it tastes different there. It just does. Today, that old pub and walking tour is history, and in its place is a seven-story “interactive experience.”

Guinness may be the most recognizable Irish brand, but it wasn’t the first large-scale brew on the island. One-hundred kilometers away in Kilkenny sits Ireland’s first great commercial brewery. John Smithwick founded his brewery in 1710 on the grounds of a former Franciscan abbey. The brewery had its share of success and failure and ultimately became part of the Guinness family in the 1960s. Smithwick’s (pronounced Smit-icks) is an Irish red ale. The ruby-colored brew is hopped mildly and is enjoyed for its sweet maltiness; it is much different than stout.

To truly know Irish stout, one must know Murphy’s. Even though it is often overshadowed by its Dublin cousin, Murphy’s is considered by some to be the superior stout. Started in 1856 in County Cork, southern Ireland, James J. Murphy’s brewery grew quickly and was producing 42,990 barrels by 1861. In the U.S., Murphy’s can be found on tap at most Irish pubs, including Tellus360 in downtown Lancaster.

Guinness and Smithwick’s have recently ridden the crest of popularity created by the craft beer craze by introducing new variations and products to capture the attention of beer drinkers looking for a brew created with finesse and creativity. Is there an Irish craft beer scene? And, can it be found stateside? I took a look around and didn’t find anything.

“While I have seen U.S. craft beers making their way to Ireland, I have not seen the opposite. I would say this is because the craft trend in Ireland is in its infant years, and the U.S. has had a major head start,” says Kevin O’Mahony of Tellus360.

Many beerficianados cite Biddy Early’s in County Clare as the first brewpub in Ireland with a craft-beer focus. Early’s, which opened in 1995, is now closed. The Dublin Brewing Company, which has experienced some great success, opened shortly afterwards. I’ve been told to search out Eight Degrees Brewing, which is creating a range of IPAs and Brett beers in Mitchelstown, County Cork. I guess a return trip to Ireland should be in my future.

Until then, several regional breweries are making some fascinating Irish-inspired beers. In 2016, St. Boniface Craft Brewing in Ephrata teamed up with Tellus360 to create Narrowback, an Irish red ale, which became the venue’s house beer. (Narrowback is a term for first generation Irish-Americans.) Over in Chester County, Victory Brewing Company’s Donnybrook Stout is touted as “the most refreshing dark beer you could ever imagine this side of Dublin.” Both beers are available at several locations year-round, but I knew I could find something a bit more outside of the norm. And, I found it at Hunger-N-Thirst’s bottle shop. 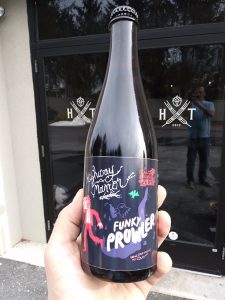 Highway Manor Brewing Company in Camp Hill is a trucker hat, hand-drawn label, small but scrumptious brewery using spontaneous fermentation to create some of the area’s greatest and least-known sour beers. Funky Prowler, a “dry Irish-style sour stout,” is one-fourth of the brewery’s core lineup of beers. Unlike any stout I’ve ever had, Funky Prowler is funky and sour with a strong grape candy flavor up front and subtle caramel finish. It pours a deep, rich red with a thick, lasting head, and is highly effervescent.

Funky Prowler is a great beer to enjoy this St. Patrick’s Day if you are planning a mellow night with a few select friends. If you’re going out, well, there’s always the American standby of green beer. Either way, as an old Irish toast goes …

“Here’s to a long life and a merry one.

A quick death and an easy one.

A pretty girl and an honest one.

A cold pint – and another one!”