A Party in Black Enlivens Mid-winter 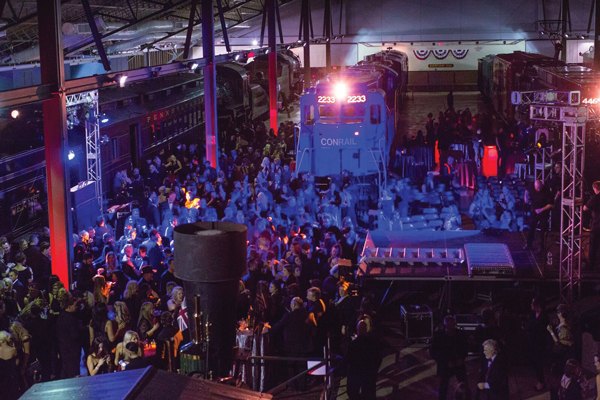 Lancaster’s first Fête en Noire — French for “party in black” — was so heartily embraced by local party-goers that its 400 online tickets sold out in minutes.  How we yearn for a bit of mystery and naughtiness! 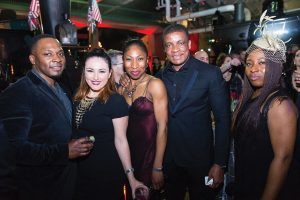 Welcome to Fête en Noire, the dark side of Fête en Blanc, the annual party for 2,000 or so that’s held outdoors on an early summer evening and for which guests dress all in white.  Sweet little Fête en Blanc now has a bad-boy brother who is definitely darker — 50 shades or so.

Billed as “dark and mysterious,” the late-January bash was held at the Railroad Museum of Pennsylvania in Strasburg, with the purpose of raising both mid-winter fun and funds to support the upcoming Fête en Blanc and the charities it assists. Why January? “January’s boring, everyone is hibernating,” says Joe Hess, the event’s organizer and ringmaster of the highly involved planning committee. “It’s time to celebrate our community’s arts, its creativity and unity.” 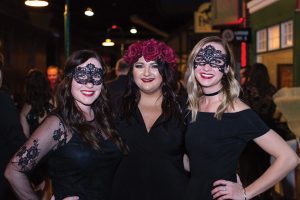 Two years in the making, Fête en Noire Lancaster was a true community effort. In addition to a committee of 25, local restaurants, catering services, bakeries and a spirits purveyor provided food and libations. A contortionist, roving hypnotist and stilt-walker entertained the adults-only crowd of more than 500. 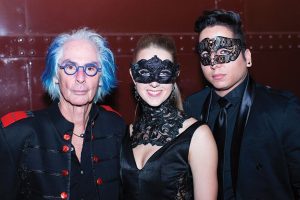 The party swelled as ticket-holders entered the cavernous museum, strolling among giant vintage train engines. A bevy of bellydancers twirled onstage, followed by Joe Hess’ welcome and advice to “let yourself be free tonight, be who you want to be.” A live auction of artwork with a sensual theme, many by local artists, boosted the crowd’s fundraising efforts. Then, Broadway-experienced  performers, many of whom having  graced the local American Music Theatre and Prima Theatre stages, delivered a burlesque-inspired show of scintillating songs, sexy choreography  and eye-popping costumes.

“I love Lancaster for all of its amazing talent,” noted Scott Williams, a local professional musician who served as musical director for the performance, while waiting to go onstage with his five-piece band and a troupe of singers and dancers. “Fête en Noire is nostalgic; it’s a throwback to the classic, old masquerade parties.”

Indeed, mysterious faces hidden behind ornate masks were scattered throughout the crowd, as were feathers and sequins, cocktail dresses and full-length gowns. Tattoos mingled with tuxedos, stilettos mixed it up with sneakers, as Millennials, Gen-Xers and Baby Boomers all partied in the near-dark. The only required attire was black, with the optional accent of red.

Just like its summer sister, Fête en Noire culminated in a dance party. As promised, the event was something new and different for Lancaster. It seems that the dark side is a fun place to visit. 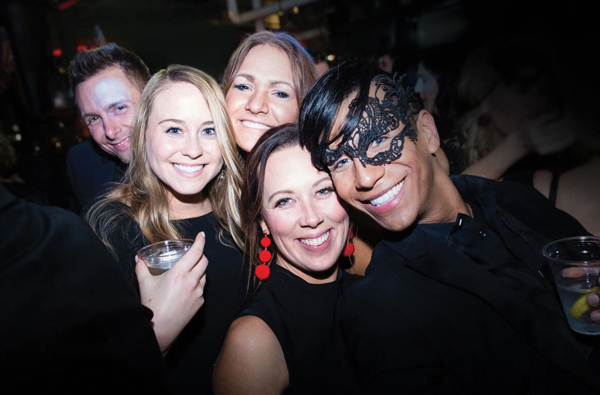