Stargazing has suddenly become a big deal. Martha Stewart put it on her Top 50 list of things to do during a pandemic. I’ve also been told that Hallmark movies have been touting stargazing as the new date-night activity. It’s also popular with STEM-oriented students. Why not head for your own backyard – or the Muddy Run Observatory – and do a little stargazing yourself?

Having grown up in rural eastern Lancaster County, I’ve always been blessed with a beautiful, star-filled night sky. While I lost that appreciation during my teenage years, I fondly recall rediscovering it the day I bought my first DSLR camera. I’ve been gazing at the stars ever since.

Stargazing has been a hobby among humans since prehistoric times, with astronomy claiming the title as the oldest of the natural sciences. The earliest-known records date back to the Sumerians and later generations of Mesopotamians, as well as the ancient cultures of Egypt, China and India. Each of these cultures had their own tools and methods, but over time they began to converge on core themes. 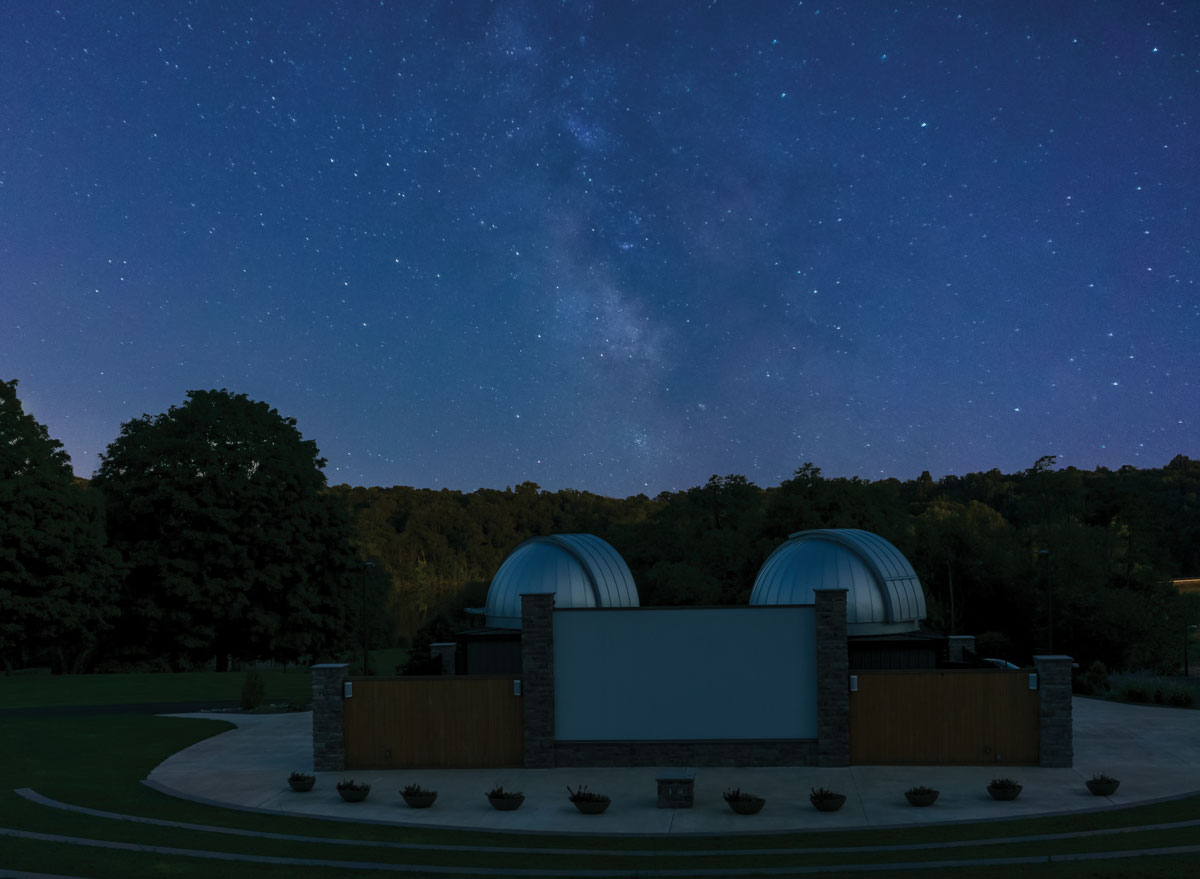 Nowadays, you can look up with your naked eye – like the ancients – and arm yourself with all sorts of applications (I use the Sky Guide app) and software to help explain what you’re seeing. Telescope technology has also come a long way since the days of Galileo. A reasonably priced telescope can provide a clear view of our solar system as far away as Saturn. Seeing pictures of the ringed-planet is one thing but looking into a telescope and counting its moons is a deeply satisfying experience.

On a galactic map, we would find ourselves situated on one of the long spiraling arms in the suburbs of the Milky Way galaxy. If you want to see beyond our planets and stars, you’ll need a mighty telescope like the ones housed at the Muddy Run Observatory in Holtwood. I’ve been anxiously watching their website, as well as the Astronomy Enthusiasts of Lancaster County’s site, to find out when they will resume their monthly open house and stargazing events.