Who hasn’t walked down Main Street in Strasburg and admired the beautifully restored and preserved homes? You can thank the Strasburg Heritage Society in part for the fact that Strasburg looks somewhat like the town that time forgot. It was 50 years ago that a group of civic-minded citizens launched an effort to “preserve, collect and interpret the rich history” of Strasburg. This month they will celebrate that milestone. 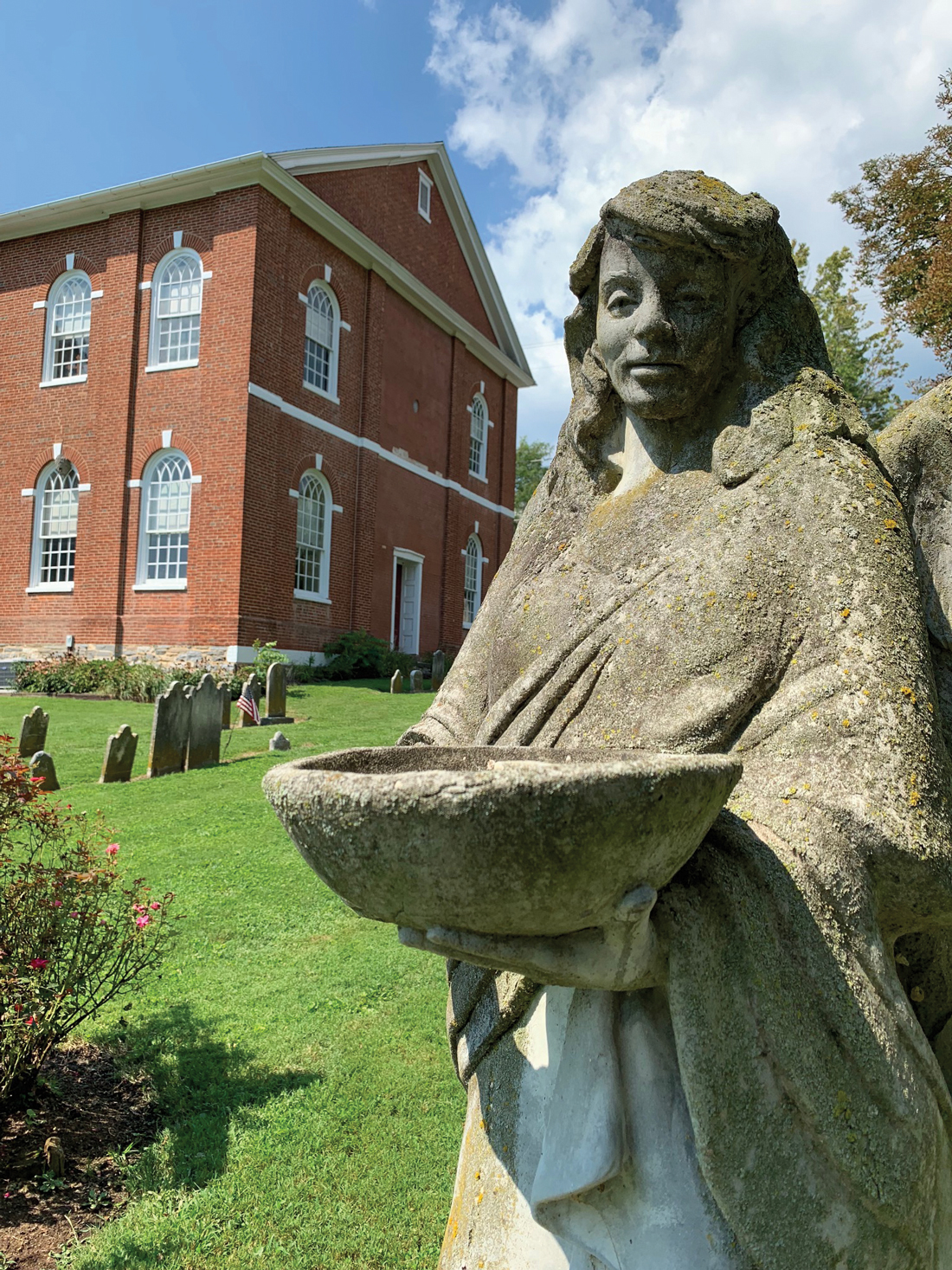 Over the course of the past 50 years, the Strasburg Heritage Society has established archives comprised of postcards, photographs, furnishings, artifacts and documents that relate to the town’s history, which essentially dates back to 1729. Strasburg grew into a linear village that stretched east to west along a route that was originally established by Native Americans. Wagons laden with goods traveling in both directions, as well as settlers heading west brought prosperity to the array of businesses that lined the route. Railroading later brought added wealth to the community. At one time, only Lancaster City outpaced Strasburg in terms of size and commerce.

The boom times ended when the Philadelphia to Lancaster Turnpike was built in 1794. The expansion of the railroads further impacted the town’s economy. Ironically, two of those early elements – architecture and railroading – have propelled Strasburg to become a modern-day tourist attraction.

Today, Strasburg is renowned for its historic-preservation initiatives that were championed by the Borough of Strasburg in 1970, with the approval and development of the Historic District, and by the Strasburg Heritage Society following its founding in 1972. The Historic District runs the length of Main Street and also includes Miller and portions of South Decatur streets. Peruse the borough’s Inventory of Historic District Buildings and you’ll see why Strasburg is regarded as one the most well-preserved towns in Pennsylvania. Its architecture spans such styles as Germanic, Georgian, Federal and Victorian. Homes reveal log, brick, sandstone and limestone construction methods. The survival rate of 18th- and 19th-century structures is said to be remarkable. 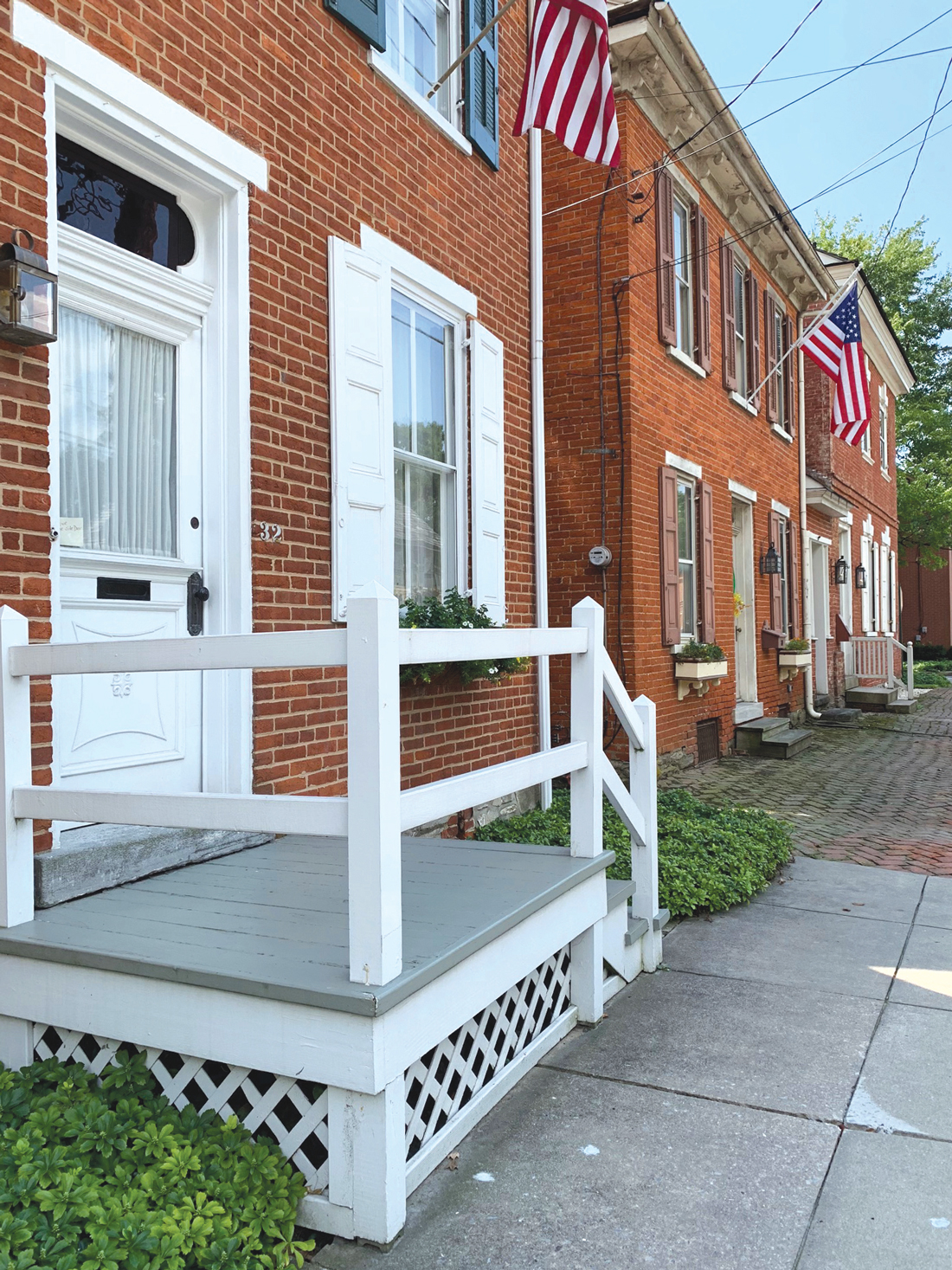 The Historic District, which is comprised of 82.5 acres and 193 buildings, was added to the National Register of Historic Places in 1983. One of those buildings, the Shroy House, which dates to 1793 and was the residence of educator and poet John Shroy, is the home of the Strasburg Heritage Society. Restoration work on the brick structure is ongoing and the Society hopes to one day open it to the public as a museum. Along South Decatur Street, the Society also owns The Glass House, which dates to 1878, as well as the 1806 Methodist Church building.

The Strasburg Heritage Society plays an active role in sharing the town’s history through hosting monthly lectures, a weekend-long garden tour of private homes in June and, until Covid ruined the party, a wonderful tour of homes decorated for the holidays that was complemented by a craft show and luncheon at First Presbyterian Church. Members are excited to announce that the event will make a comeback on December 3. 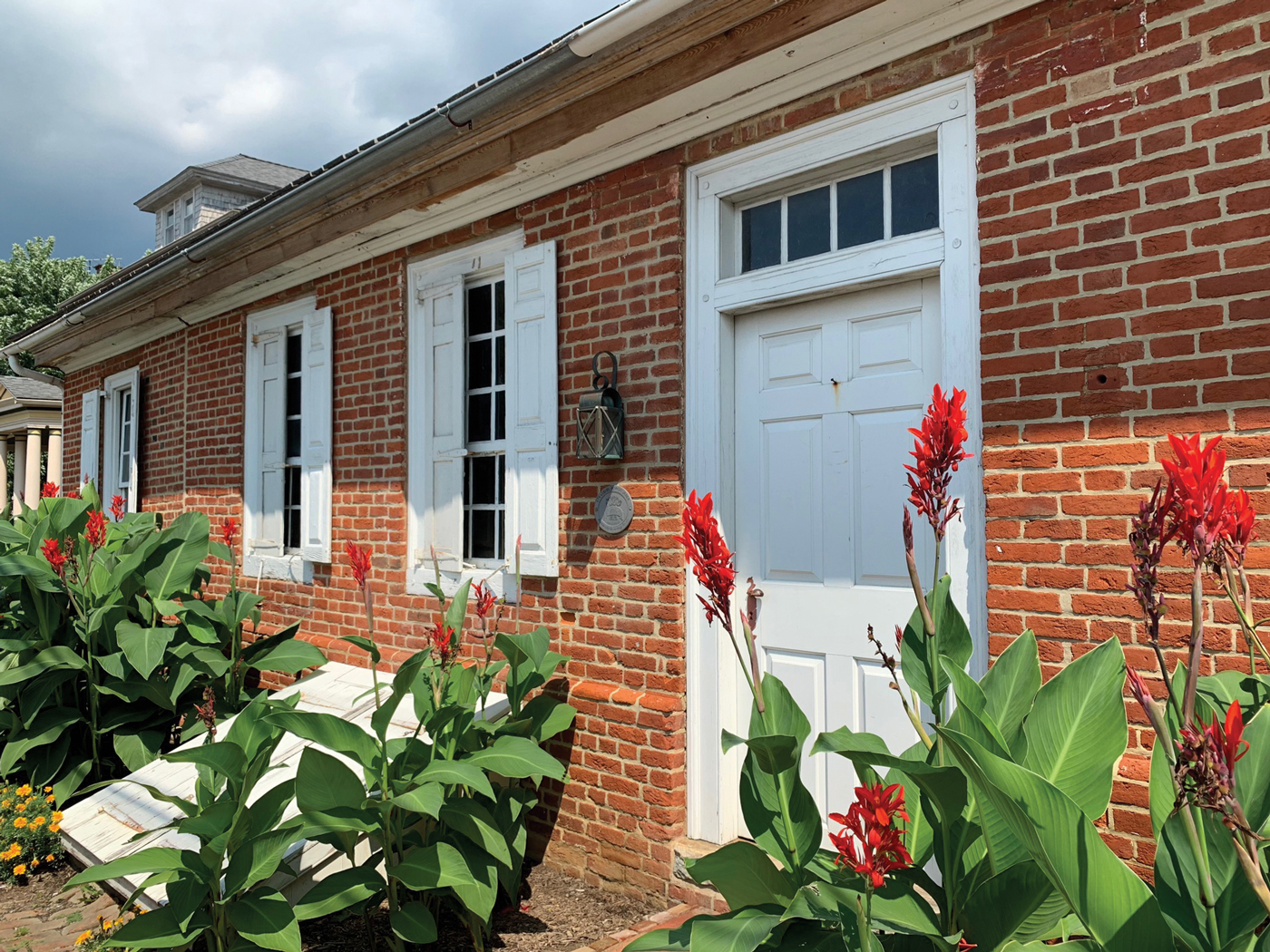 This year, the Strasburg Heritage Society is adding a special event to the calendar. Strasburg Heritage Fest will be held October 7 and 8 in celebration of the Society’s 50th anniversary. The two-day event, which will be headquartered along South Decatur Street, is filled with activities for residents and visitors alike.

Friday – regarded as “Community Night” – will see events staged in a large tent that will welcome visitors to an ice cream social (ice cream courtesy of the Strasburg Creamery), games and a movie screening. Food trucks will also be on-site. Hours are 5-9 p.m.

Saturday’s events will include narrated tours of the town conducted via horse-drawn carriages (tickets required). The Shroy House (pictured above) will also be open to visitors. In the tent, a series of morning lectures will comprise an “Old House Clinic” whose topics tentatively include paint aesthetics and application, care/repair of stone/brickwork and preservation/repair of original windows.

In the afternoon, more seminars relating to the town’s history will be offered. In addition, First Presbyterian Church will host a display of items from the Society’s collection. Residents and visitors are also being invited to display their treasured items relating to Strasburg. A scanning station will be in operation that will allow visitors to share their photos with the Society and thus expand its records. Oral history recordings can also be made.

As this is a family-oriented event, children can participate in games, face-painting and crafts circa 1972.

Music – provided by the Lampeter-Strasburg Community Band – and food trucks will round out the day’s events. Hours are 9 a.m.-5 p.m.

With the exception of carriage rides, admission is free. For details/updates, visit strasburgheritagesociety.org/events.