The last day of the school year is always a cause for celebration. But, what are the kids to do with their new-found freedom for the next three months? One word comes to mind – Camp!

I am a product of summer camp, and I loved the experience. Running along the paths of Lancaster County Central Park, I learned to distinguish burn hazel (aka stinging nettle) from the other woodsy growth … the hard way! I found the best strategy to Capture the Flag was to stay out of sight and “alive.” And, spoiler alert, there are no mysterious, flying critters called snipes spiriting about the twilight woods of Lancaster County. This is camp season … and registration is open! 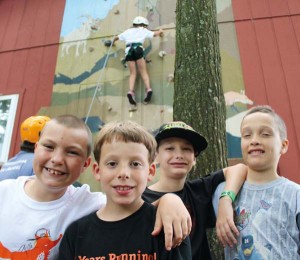 I saw my first wolf spider at Camp Shand. The hairy beast laid waiting near the inlet of the camp’s recreational pond. Canoes glided across the water. Campers fished for sunnies on a clear day. My buddy Matt and I were trying to unearth anything exciting. At one point we even tempted the horror of the local deep with scraps we smuggled from breakfast; the tale told was that of a snapping turtle so huge it could bite off a camper’s hand with one quick bite. Of course, I’m sure, this is not true. I chalk it up to childhood folklore, but when I was young, the adventure was real.

Established at its current location in 1984, on the slope of South Mountain, which was once Penryn Park, Camp Shand is part of the Lancaster Family YMCA. Camping is at the heart of the organization’s focus on youth development. During my week-long visit, I bunked in a cabin, learned life skills and made great friends. Today, activities on more than 120 acres include swimming, arts and crafts, archery, and a 24-foot climbing wall. The most memorable part of the day for me was dinner. We sang songs, created silly skits and wound ourselves up before quiet time. 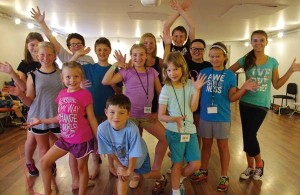 My daughter has always been overly animated and teeming with energy, so when I learned about Center Stage Theater Camp, which is offered by the Ephrata Performing Arts Center, I signed her up right away. What better way to burn some creativity than on a stage?

Campers (grades 1-7) are welcome to attend as many weeks of the four-week camp as they wish, which culminates in an abbreviated production of shows like Disney’s The Jungle Book or the classic Broadway musical, Guys and Dolls. The theme of this year’s camp, being held July 11-August 5, is “The Art of Expressions Throughout the Decades.” The kids are free to create as they learn choreography, set design, scriptwriting and even directing.

“We recognize kids are more likely to come out of their comfort zone if we create an empowered, nonjudgmental and safe working environment for them to explore,” says Camp Director Irving Gonzalez. “Over the past three years – after having implemented a new camp format – we have seen an increase in camp attendance, as well as involvement in our Kids4Kids Series and our Young Artist Cabaret Series.” An Open House will be held June 29, 4-6 p.m.

While the EPAC formula co-mingles age groups, Lauren Sobon, artistic producer at the Dutch Apple Dinner Theatre, separates the children into three classes for Broadway Bound! The two-week sessions are broken down to preschool (ages 5-7), beginner (ages 8-10), and intermediate/advanced (ages 11 and up). 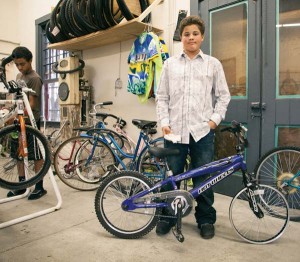 Older kids (12-17) can spend the summer learning the nuts and bolts of bikes through The Common Wheel. At the end of the session, a participant leaves with a lock, helmet and bike. Photo courtesy of The Common Wheel.

While looking into summer camps, I found something many kids (and some adults) would love!

Matt Aden is the Lancaster County franchise owner of a program that reaches over 38 countries. “We use Lego bricks to teach kids,” Matt explains. “Bricks4Kidz is a children’s enrichment company.”

Active year-round, Bricks4Kidz offers several opportunities for kids to get their Lego on during the summer. Camp themes include “Movie Making,” “Junior Engineer” and “Junior Robotics.” There is also a “Mining and Crafting” camp, and if you have kids, you know how important the words “mine” and “craft” are to this generation of youngsters. The most popular camp is “Mindstorm Mania.” According to Matt, “We teach the kids computer programming in a Lego language. They build a model and put the program into the model and make it come to life.”

Lego mindstorms … mind blown! As a kid, I was super stoked when I got a Lego spacecraft kit, complete with a cratered moon surface building pad. Now, preteens are building robots! Evidently, that is not all they are building.

Less of a camp and more of a program, Earn-A-Bike is operated by Chris Caldwell at The Common Wheel. Kids, ages 12-17, get to choose a ride from over 300 donated bikes. Then, twice a week for six weeks, eight kids will learn the literal nuts and bolts of their bikes. “We teach them how to overhaul the whole thing,” Chris notes. “We also teach them safe-riding skills and regular maintenance on the bike.”

At the program’s completion, the kids leave with a lock, helmet and a bike of their own. Chris sees a lot of return from the program, as in kids coming back to fix their own bikes or those of a friend or relative. Of course, flat tires are the biggest problem, but through this program kids will know how to fix them.
Both Bricks4Kidz and Earn-A-Bike emphasize STEM learning, which leads me to …

The hottest trend in education right now is STEM. Parents, students, educators and political leaders have all gotten behind the Science, Technology, Engineering and Math initiative, which the U.S. Department of Education deems the “education of global leadership.”

In Lancaster County, Hope Schmids, the youth project coordinator at the Lancaster County Workforce Development Board, is spearheading a number of summer camps emphasizing STEM. Summer of STEM, for students in grades 6 through 8, utilizes all facets of the Lancaster County Career and Technology Center Mount Joy campus. The four-day immersive camp exposes kids to printing and graphic design, advance manufacturing, alternative and renewable energy, and culinary arts. “The kids love getting in the kitchen, and there is a lot of math involved with cooking … plus they get to eat what they make,” Hope points out.

The camp provides lunch and transportation from “central locations” for approximately 60 students. “The kids seem to really enjoy the camp, and we have return customers,” Hope reports, adding that scholarships are available. 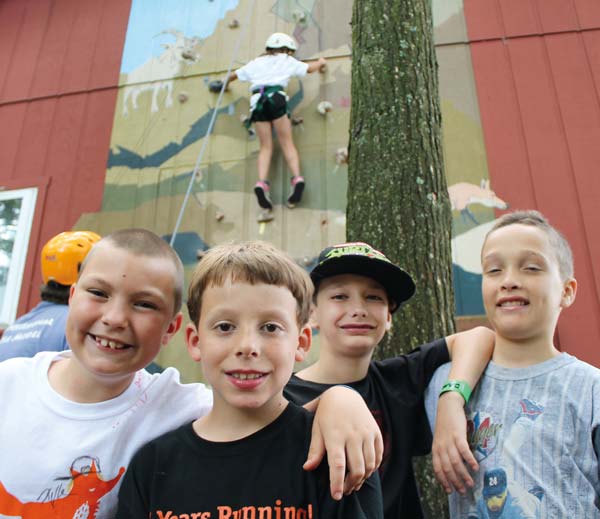