Now that spring has arrived, it’s time to renew and revamp our gardens from the ground up. What follows are some suggestions for small-scaled groundcovers that are ideal for edging woodland paths or softening the edges of shady patios. 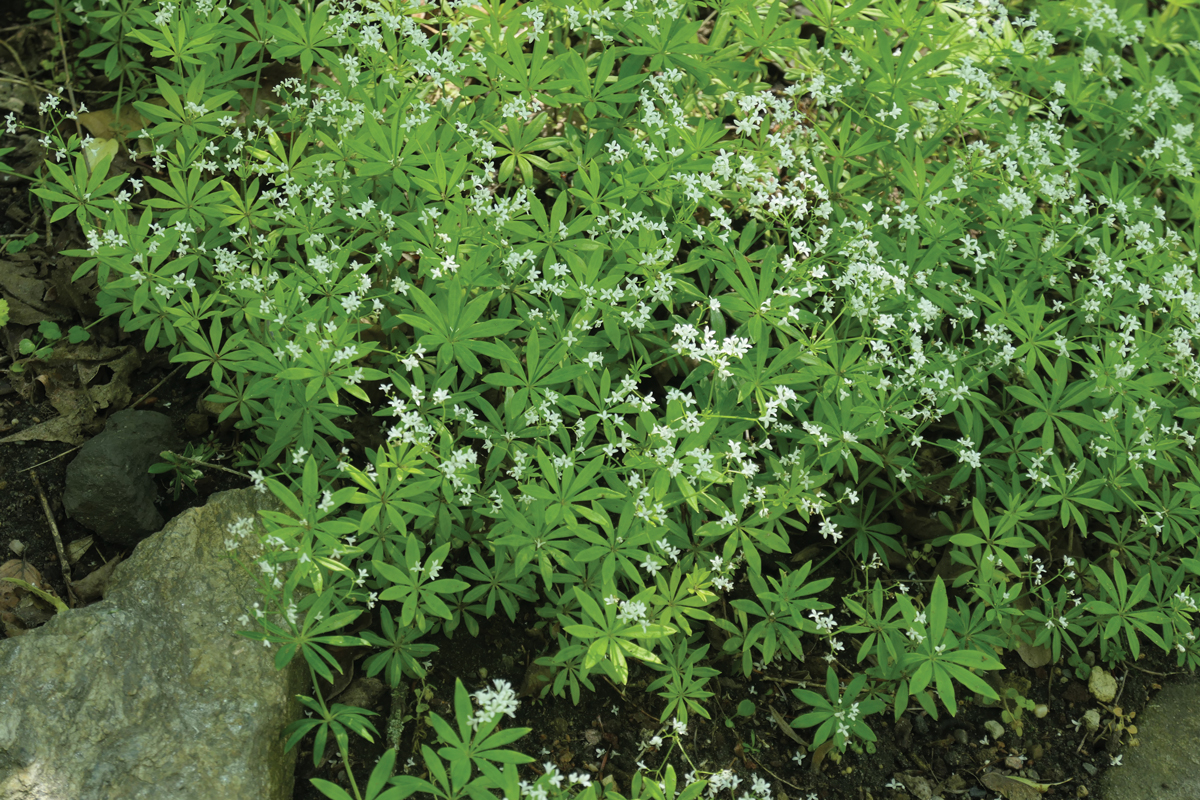 Culture: This seldom-used low groundcover is easily grown in average, medium-to-wet, well-drained soils. It prefers part to full shade. It spreads by both creeping roots and self-seeding. Under favorable conditions it will naturalize. It will go dormant by mid-summer if grown in dry or sunny locations. 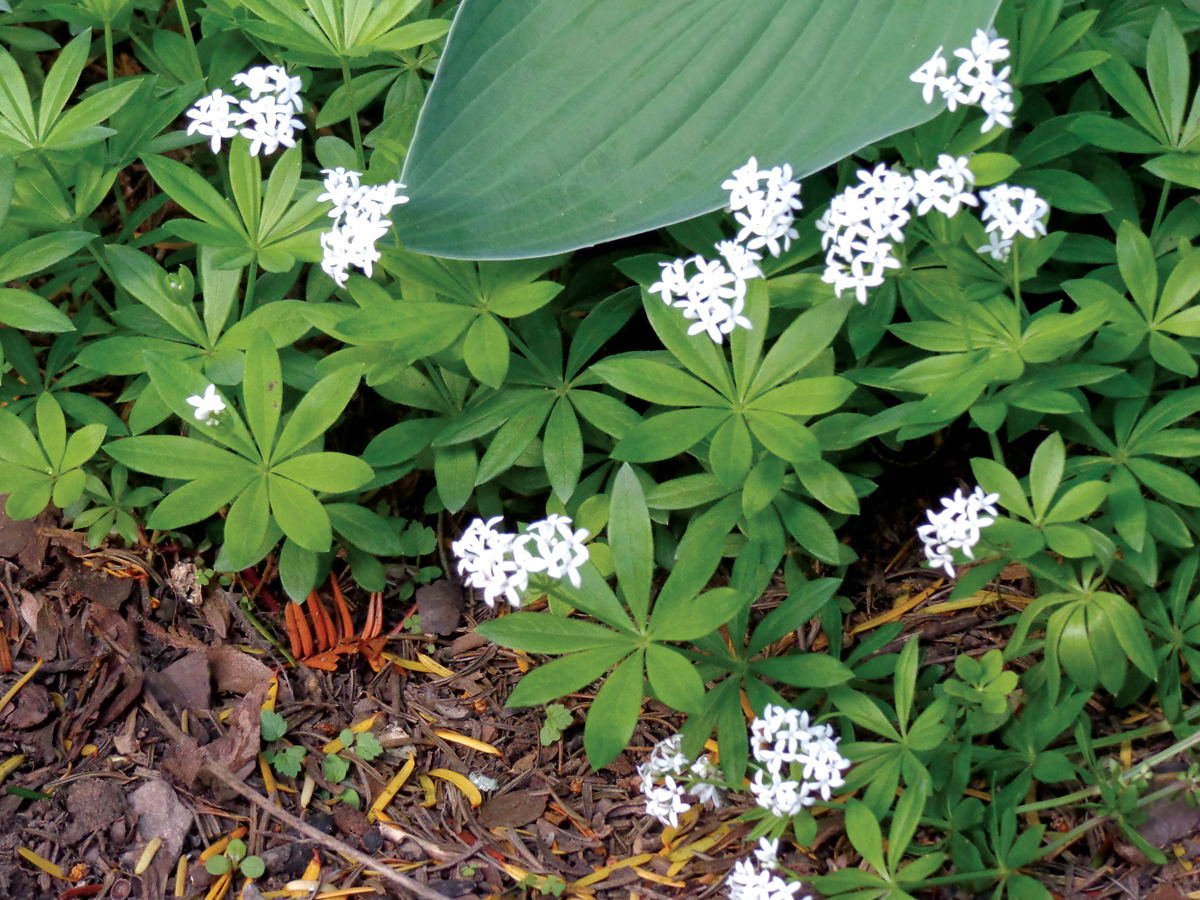 Appearance: The leaves are medium-green in color and whorled on the stems. Small, fragrant, 4-petaled white flowers appear in loose cymes in spring.

Attributes: Plants emit a strong odor of freshly mown hay when the foliage is crushed or cut. Traditionally used in potpourris, the leaves are also used to flavor jellies, teas and cold fruit drinks. Sweet woodruff will grow under a black walnut tree and deer do not browse. 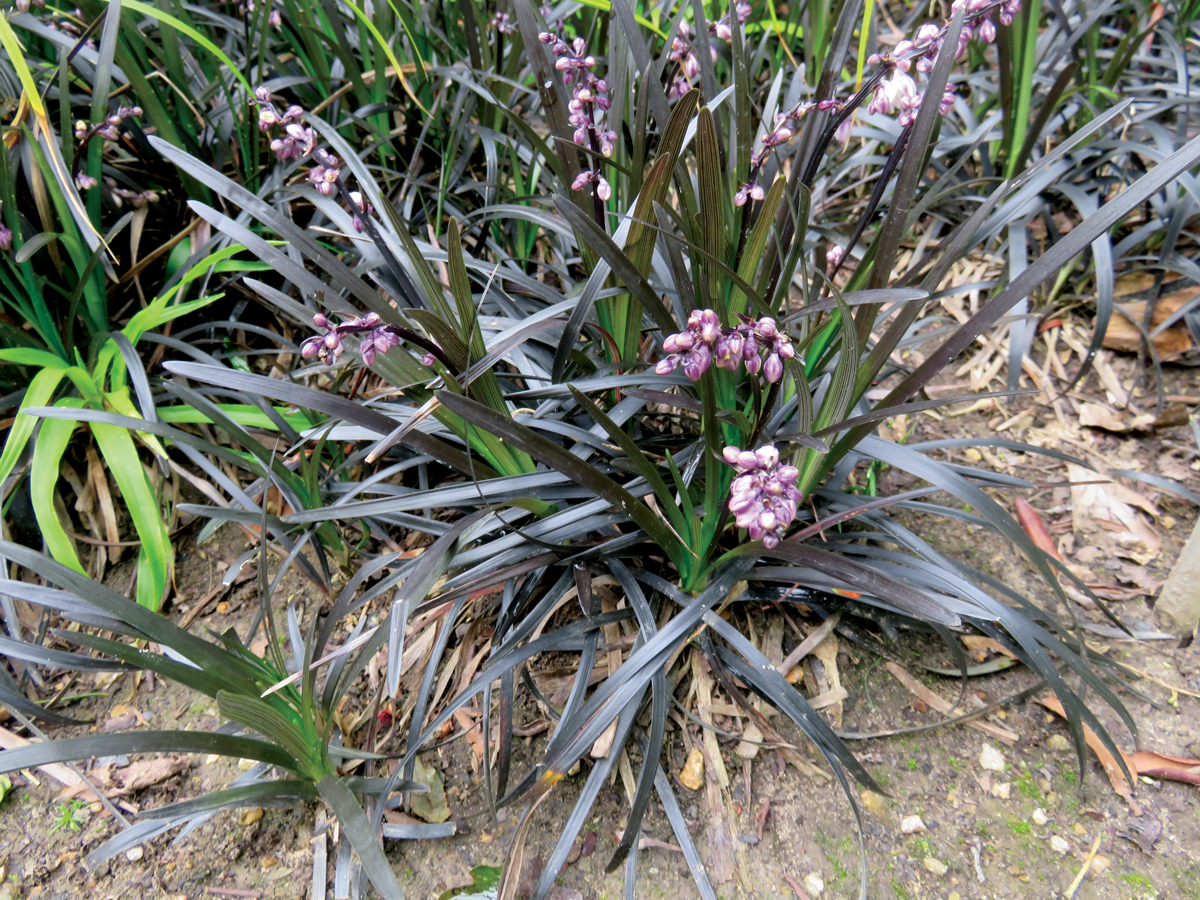 Culture: This grass-like plant is suitable for shade to full shade. It will do fine in a sunny location if provided even moisture. It grows 6- to 8-inches tall and spreads very slowly.

Attributes: Ophiopogon makes an unusual choice for edgings or in rock gardens. (The cultivar is often listed as ‘Arabicus’, ‘Black Dragon’ or ‘Ebony Knight’.) This might be the blackest foliage of any perennial. Combine it with chartreuse-colored foliage for high drama! 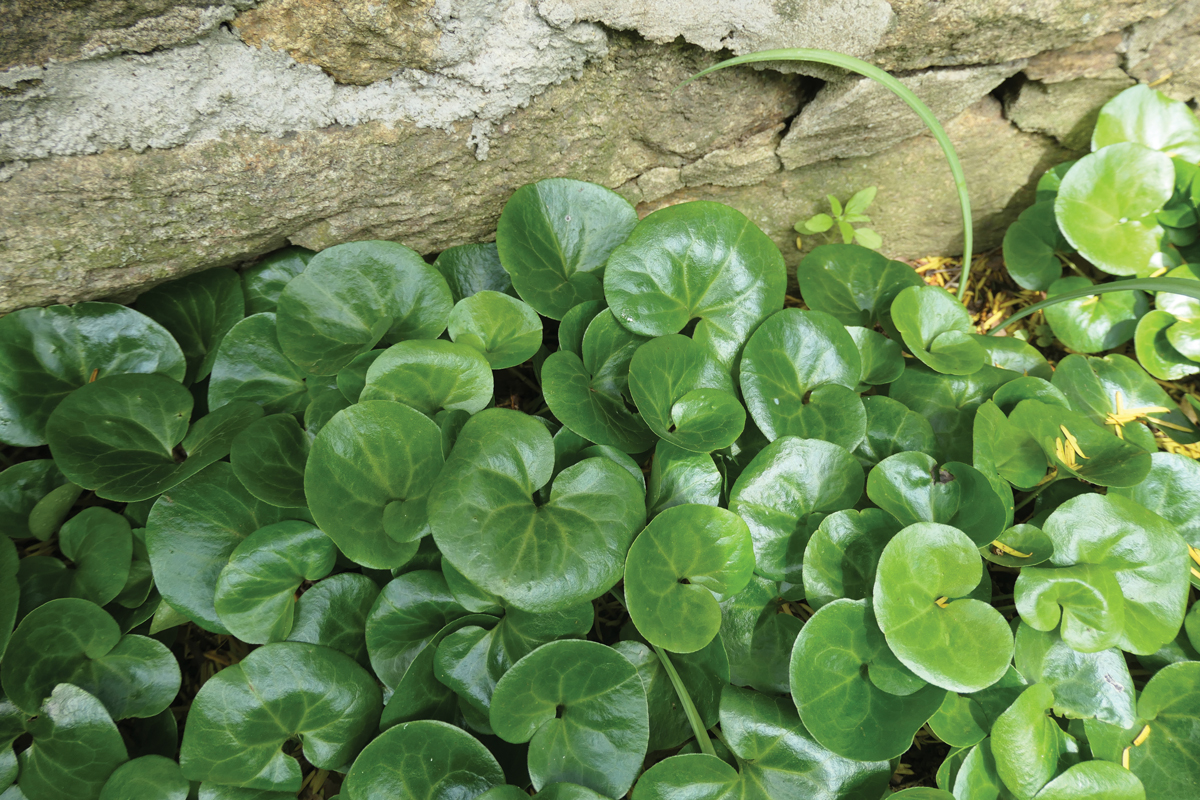 Culture: This low-growing and creeping woodland groundcover is for the connoisseur. It is surprising that very few home gardeners have it since it thrives in part- to full-shade areas with rich, well-drained woodland soil. The reason could be that it’s pricey and spreads very slowly. I’ve read that ants carry the seeds hither and yon and through the years I’ve noticed it popping up remote from the original planting. The root has a mild ginger aroma but the plant has nothing to do with cooking ginger.

Appearance: The superb leaves of the 4-inch-tall plant are glossy, leathery, heart- to kidney-shaped and a rich dark-green in color.  The purplish-brown, jug-like flowers are usually not observed because they bloom at ground level and are covered by the dense foliage.

Attributes: While the plants sometimes remain evergreen in mild winters, they usually go dormant and emerge later in spring more robust than the year before. 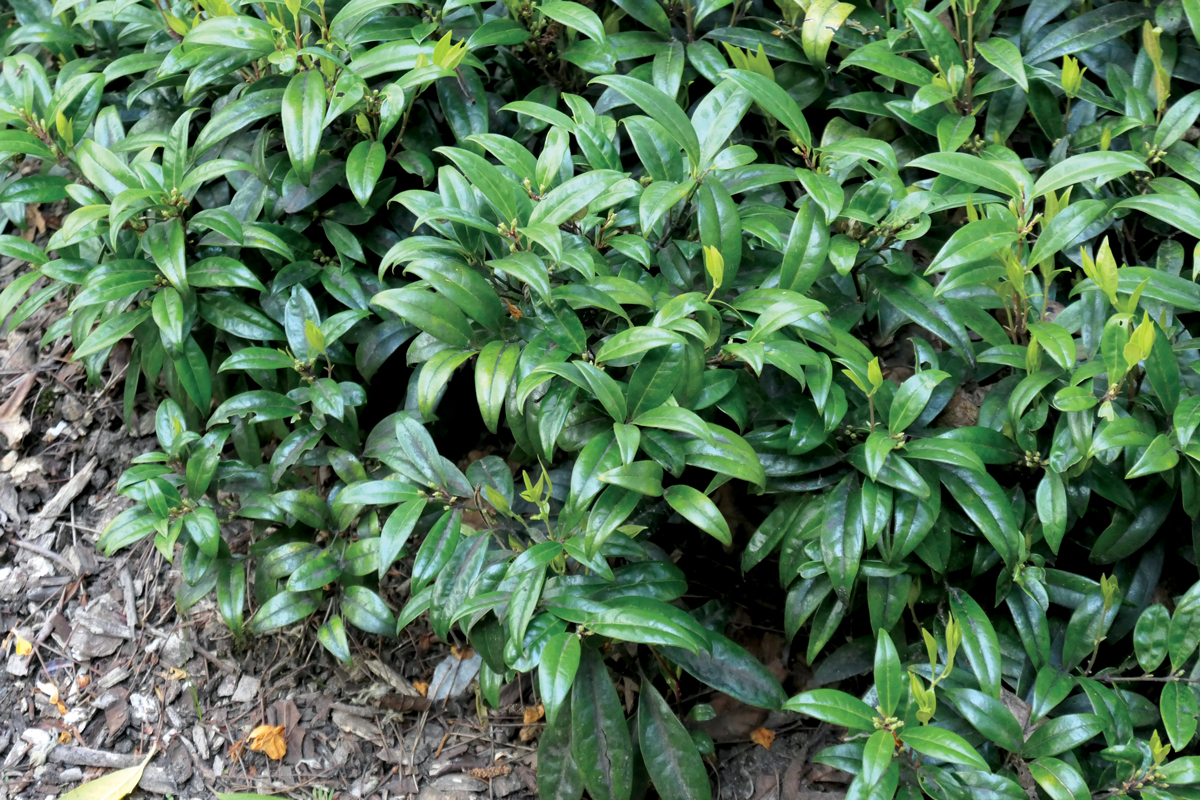 Culture: Another slow-spreading connoisseur’s plant that will tolerate heavy shade. Taller and also costly because of its slow growth, you will likely have to check at several nurseries until you find this seldom-used groundcover. But, to quote a favorite garden writer, Allen Lacy: “Obtaining what is impossible to obtain is one of the most powerful desires in a gardener’s psyche.”

Appearance: Sarcococca is in the same family as boxwood but doesn’t look anything like it. The lance-shaped, leathery, shiny dark-green leaves (3-1/2-inches long and 3/4- inch wide) are evergreen on stems that are a foot or more tall. In late winter, the barely noticeable flowers appear at the base of the leaves. Berry-like black fruits follow.

Attributes: Their fragrance will fill the air and mystify passers-by who won’t easily figure out where the enchanting scent is coming from because the flowers are mostly obscured by the foliage. 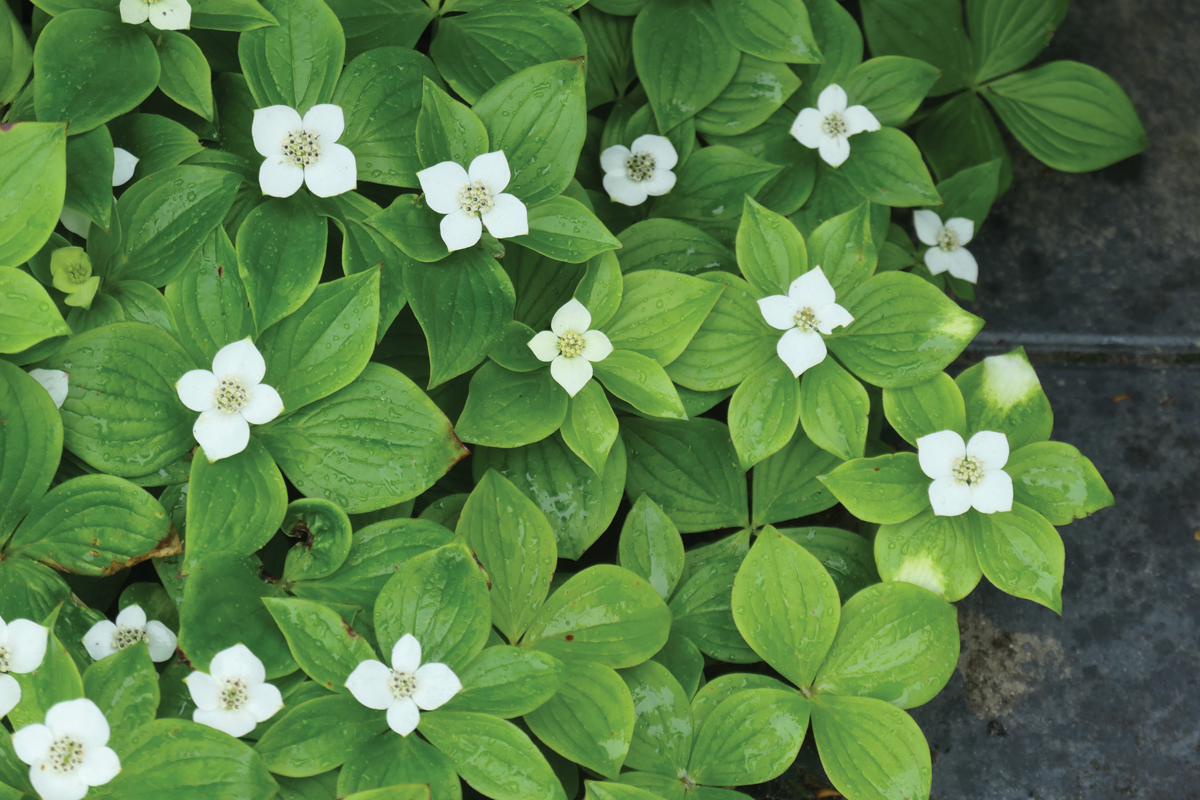 Culture: Dogwood trees are growing throughout Lancaster County, both the native, Cornus florida, and the much healthier and ornamental Kousa dogwood, Cornus kousa. But seldom seen is the native groundcover-sized bunchberry, which thrives in sun-dappled conditions and close to full shade. Avoid dry soils.

Appearance: This dwarf species of dogwood produces the same-shaped leaves and flowers as are found on our native tree except in smaller size. Later, the flowers give way to terminal clusters of berry-like drupes, which ripen in August to bright red and remain on the plant until late fall unless consumed by birds. They are edible for humans.

Attributes: The foliage of bunchberry does not suffer from anthracnose, which disfigures our native tree. 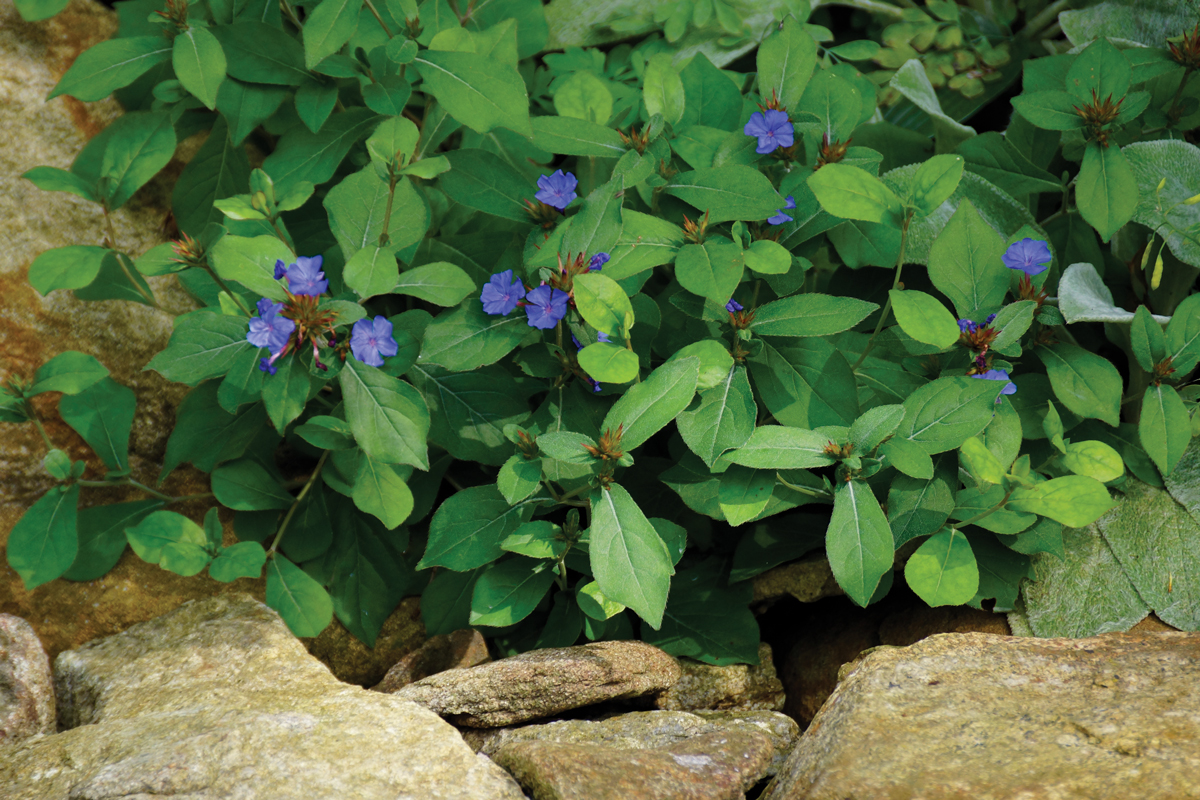 Culture: Another underappreciated and underutilized 6- to 10-inch groundcover that will do well in any average, well-drained soil in part shade. Commonly called “plumbago,” it will take full morning sun but should have afternoon shade in our area. It spreads underground to form expanding mats of shiny, medium-green foliage.

Attributes: Great for underplanting shrubs or as an edger. Unless you keep in mind that it emerges late in the spring, you’ll think you lost it. For that reason, I like to interplant it with spring bulbs – like crocus and daffodils – because as their foliage is withering, the leadwort is coming up. It is durable, long-lived and free of diseases and pests. 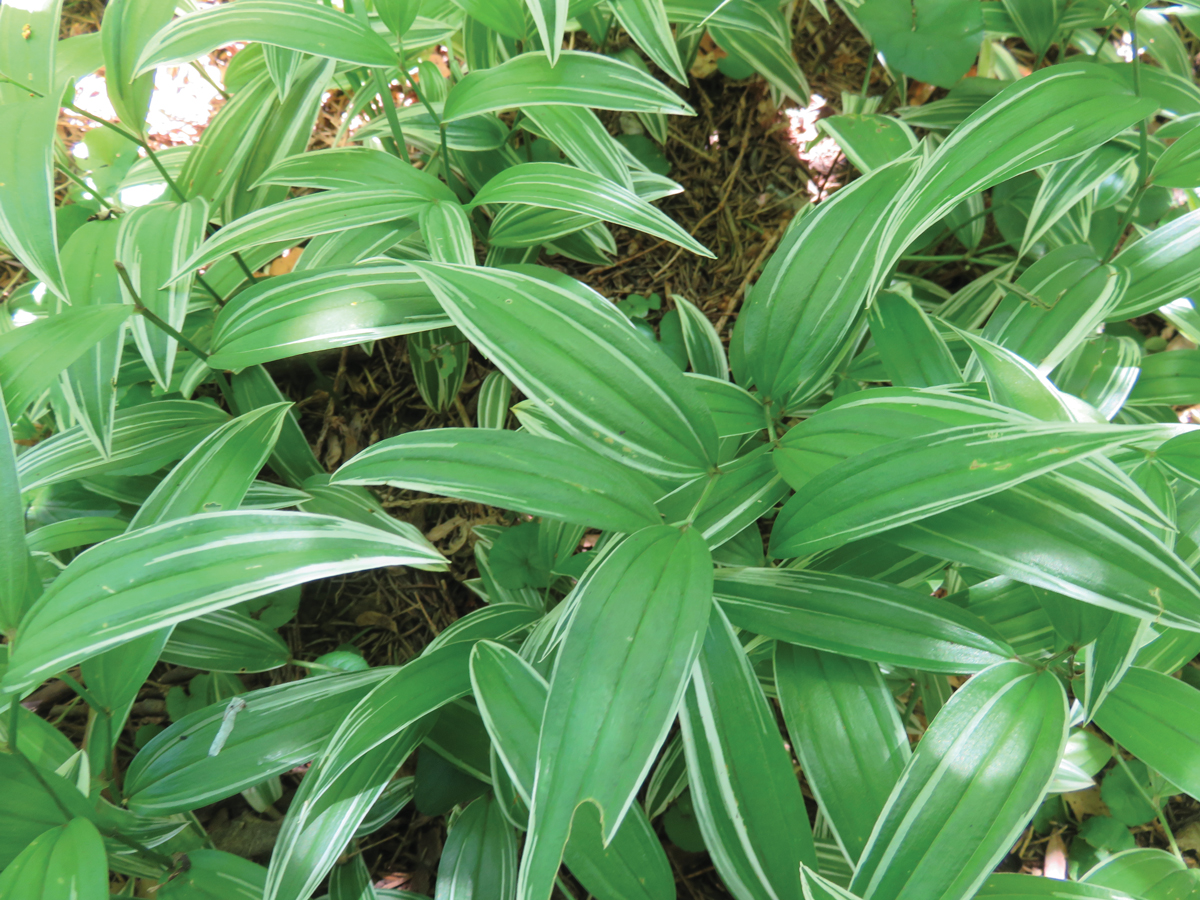 Culture: Variegated plants always add a bit of sparkle and contrast in the border, especially in part to full shade. Disporum insists on these conditions.

Appearance: The common name, fairy bells, relates to the tubular, bell-shaped, greenish-white flowers that appear in clusters on upright arching stems in April. The leaves are medium-green in color and attractively streaked and edged with white. “Sessile” refers to the leaves that are stalkless. Flowers give way to black berries that ripen in late summer.

Attributes: Fairy bells will spread agreeably to form a colorful, variegated groundcover in the shadiest areas of your garden. 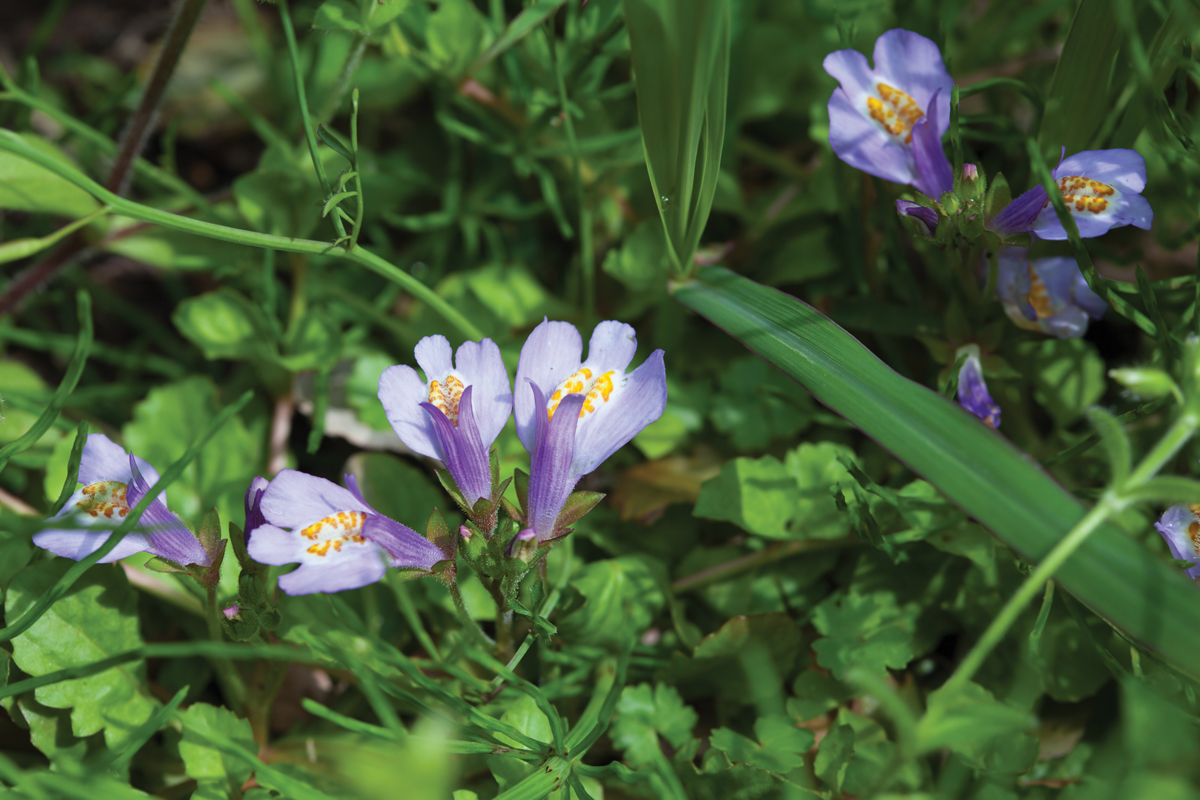 Culture: Creeping Mazus is a very low-growing groundcover – under 2-inches tall. It spreads via creeping stems that root as they go. It is easily grown in average soil in full sun to part shade.

Appearance: The small, bright-green leaves form a dense, attractive carpet of foliage, which remains green throughout the growing season and well into the fall. Tiny, purplish-blue, tubular, 2-lipped flowers with yellow and white markings appear in small clusters in late spring to early summer.

Attributes: Since it tolerates foot traffic and mowing, Creeping Mazus is perfect to fill-in spaces between stepping stones.