Who hasn’t played Candy Land at some point in their life? For many of us, it represented our introduction to ...Read More

Candy Land … the Backstory
In this part of the country we have a plethora of options when it comes to purchasing candles, but I’ve ...Read More

In Search of the Perfect Candle
August 7 was a big day for the Lancaster Farmland Trust (LFT). That morning, the organization hosted a breakfast at ...Read More 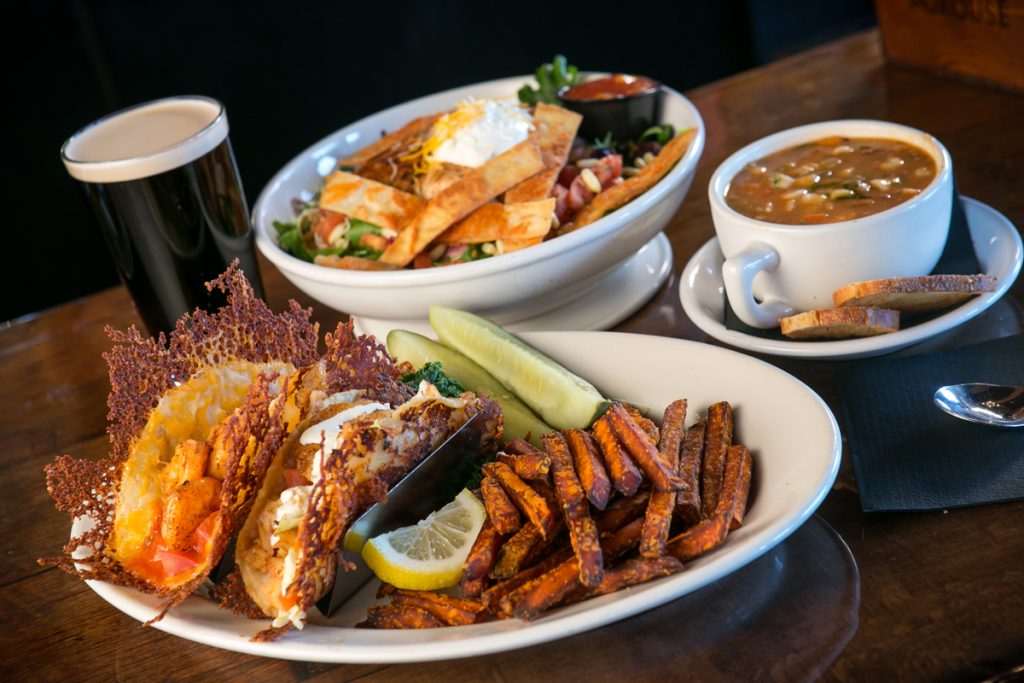 The atmosphere is inviting, and the menu is eclectic at this Overlook Park restaurant that makes its home in a repurposed barn.

Stoner Grille’s casual tone, inviting ambiance and great food have made it a popular destination in a relatively short amount of time. Gene and Anneliese Pelland opened the restaurant in September 2016, taking over the space that had been home to Barny’s Grill. 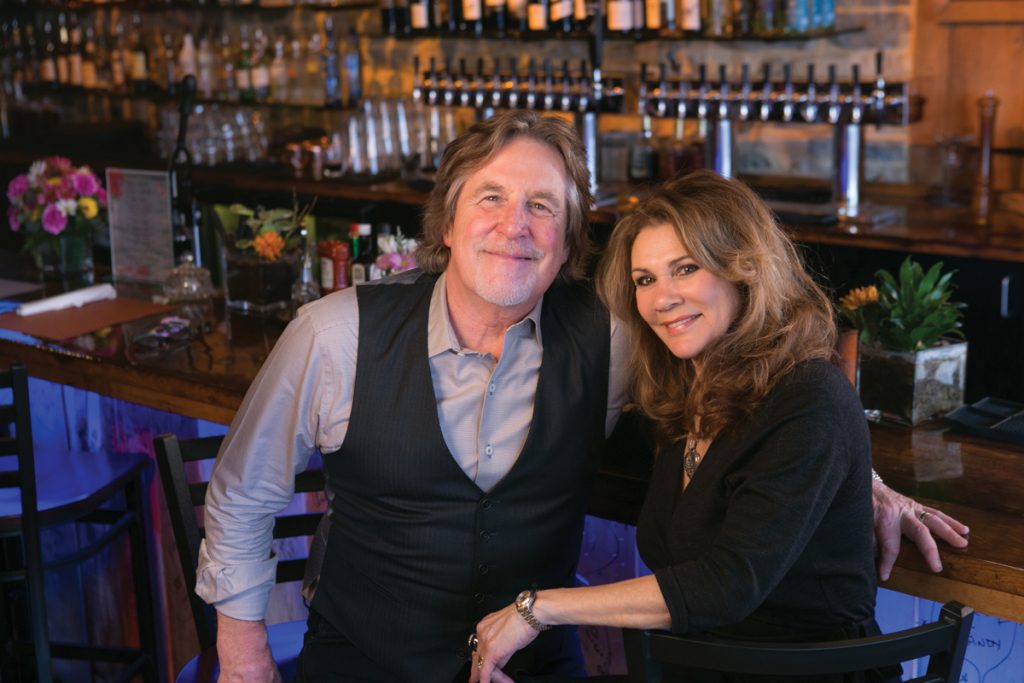 The Pellands initiated some changes. A bar was added, and the kitchen was expanded. To keep out the winter’s chill, an enclosed entry was recently added. Last, but not least, the dining room’s acoustics were improved. “What makes this place so special is that even on a really busy night, you can still have a conversation without having to shout,” Gene says, adding that he worked with Cornerstone Architects on the renovation. And, the Pellands are not finished. They would like to eventually expand the restaurant’s footprint and indoor dining area. 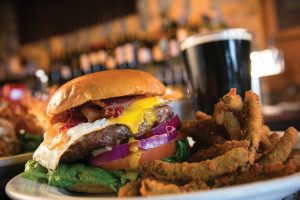 Gene definitely knows a thing or two about sound – one year ago, he retired as executive vice president of Clair Solutions, which designs, builds and installs state-of-the-art sound systems for facilities such as churches, football stadiums and cruise ships.

Stoner Grille is not the Pellands’ first business venture; as former owners of McCleary’s Pub in Marietta, they are very familiar with the restaurant business. 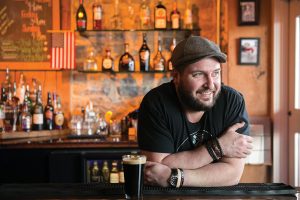 “We want Stoner Grille to be a place where people can come and feel like they’re getting away from everything,” Gene says. “This is something I want to do for the community. I grew up near here and now live close by.”

Stoner Grille’s dining area and outdoor patio – seating capacity is about 120 – are situated on the lower level of the converted bank barn. Exposed stone walls are part of the ambiance. Glass doors by the bar area provide natural light as well as an indoor/outdoor feel as they open onto the patio. The new bar adds to the rustic theme. “This was a barn, so when we added the bar, we decided to use wood. The bar top is crafted from 200-year-old barn flooring, and the bar front is distressed tongue and groove,” Gene explains. 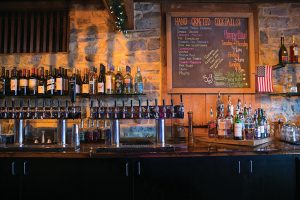 The tongue-and-groove bar front also sports an unusual feature – the signatures of couples who are Stoner Grille “regulars.” Initially, it contained only the signatures of Gene and Anneliese, but it grew from there. According to Gene, “The tongue-and-groove bar front was Anneliese’s idea. When it was completed, she suggested that we both add our signatures.” The couple then decided to take it a step further. “We will invite couples who are ‘regulars’ to add their signatures,” Anneliese adds, explaining that the invitation to add another set of signatures is extended only after she and Gene “have observed that they’re truly in love with and care for one another.” 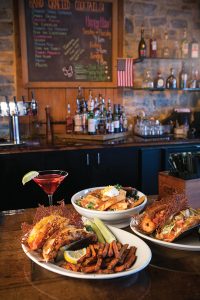 As for the menu – Gene describes it as American with an international flair – it changes about every four to five months in order to take advantage of fresh, local ingredients. It’s also augmented by weekly specials. “We’re becoming more and more of a ‘foodie’ place,” Gene reports. Instead of having a chef on staff, Gene works with the staff “and together we come up with ideas for the weekly specials,” he explains.

Stoner Grille’s evolving menu includes American favorites such as crab cakes and filet, as well as items that provide a nod to Lancaster County, including pretzel-crusted chicken and deviled eggs. However, the deviled eggs have an international twist that changes weekly – for example, one week it was Korean curry eggs. “They’ve really taken off,” he says.

Tacos and quesadillas can also be found on the menu. In fact, the top-selling item is “Rockos Tacos” (rockfish tacos). There are also a number of salad options, including Southwest chicken and grilled veggie and flame-grilled romaine Caesar, as well as some seasonal salads. Freshly made soups and house-made pizzas are also available. Wings are another popular menu item, as are burgers and sandwiches.

To accompany menu items, 24 beers are on tap, as well as cocktails and wine. 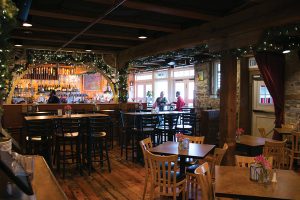 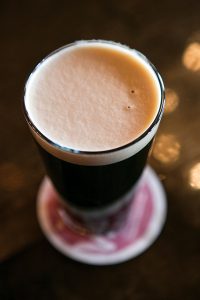 Of course, a weekend devoted to music, food and drink is fast approaching, and the Pellands plan to celebrate all aspects of Saint Patrick’s Day weekend. Two bands will be in the house – The Ogham Stones, March 16, and Salt Hill (Hooley Dance School Irish Dancers will precede the band), March 17. Also, March 17’s menu will feature Irish specialties such as bangers and mash and fish and chips. Irish beer drink specials will also be offered.

The pellands also oversee the banquet area upstairs that’s known as The Barn (amenities include a private entrance, a bar and, of course, a top-notch AV system). The main ballroom seats 150, while the Hay Loft that overlooks the ballroom seats 60. Both areas are open and airy, and can be festively decorated. Anneliese notes that The Barn has hosted events such as weddings, class reunions, holiday parties, business meetings and fundraisers.

The Stoner Commons complex also includes Pelvo’s Putt Putt, an 18-hole mini-golf course. It’s open to the public seasonally and can also be reserved for a private function such as a family outing, office team building or birthday party.
Stoner Grille is located at 605 Granite Run Drive, Lancaster. Hours are Tuesday, Wednesday and Thursday, 11:30 a.m.-10 p.m.; Friday and Saturday, 11:30 a.m.-11 p.m.; and Sunday, 11:30 a.m.-9 p.m. Reservations are suggested for evening dining (both indoors and outdoors). For more information, call 717-208-6623 or visit stonercommons.com or Facebook. 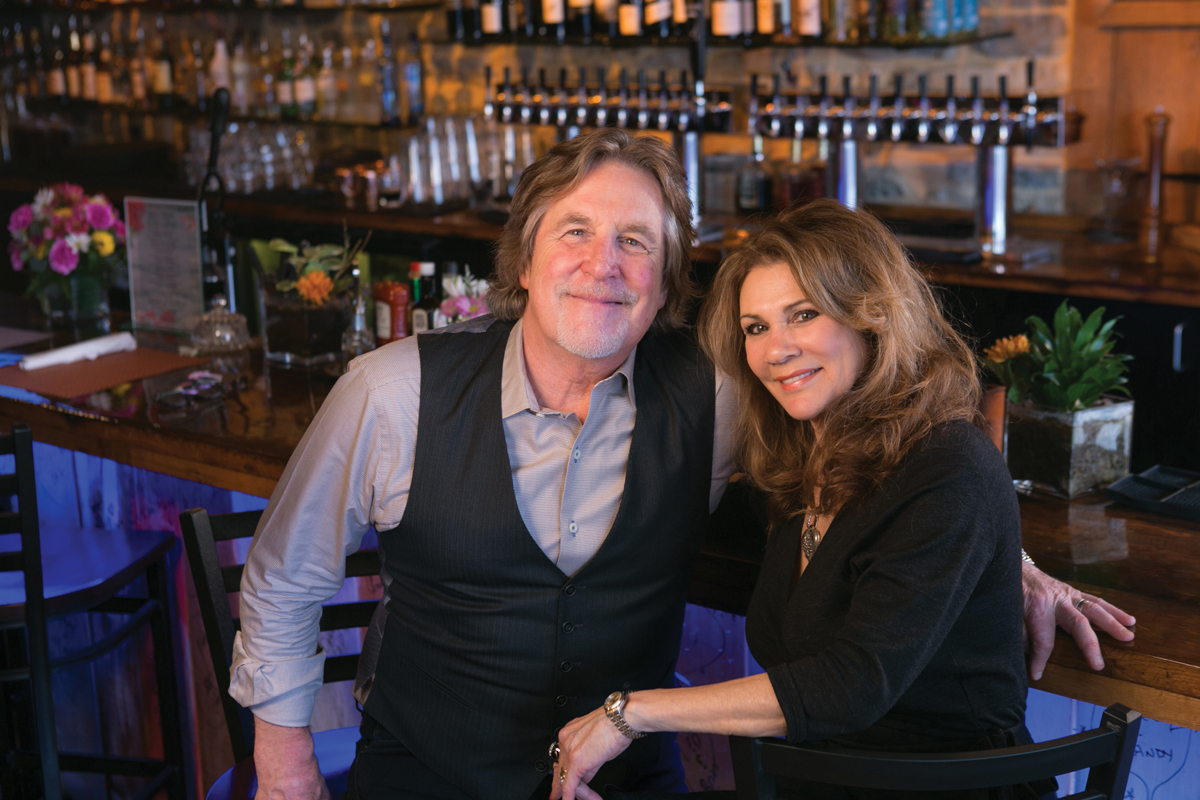