Part of my routine as a writer is making sure I read the works of my contemporaries. Mostly, I accomplish this through a selection of magazine subscriptions and by keeping up with new material from The Comic Store. I almost dropped the issue of Grendel, Kentucky I was greatly enjoying when I learned the modern spin on Beowulf was penned by someone living in Lancaster. 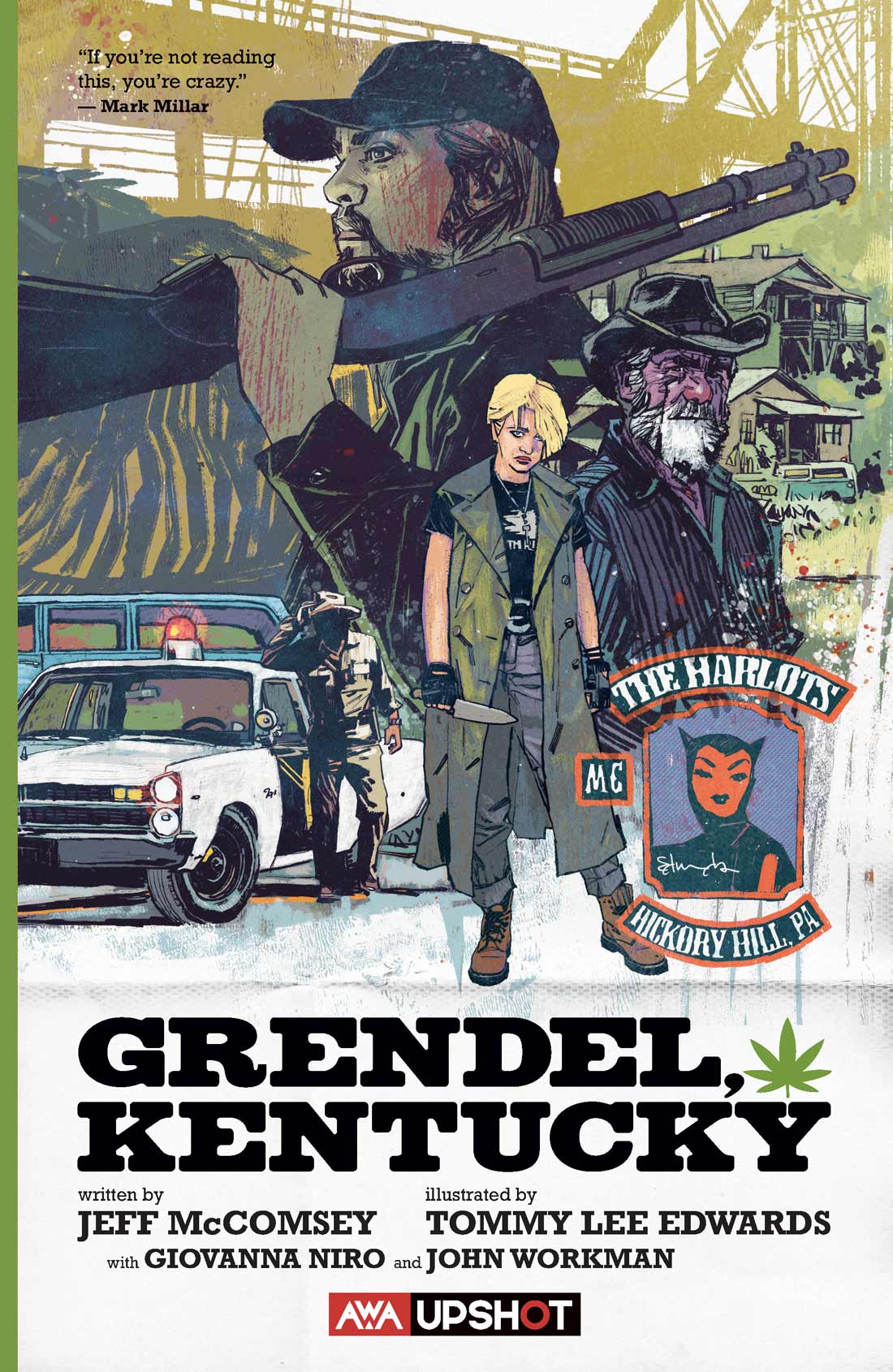 Could Grendel, Kentucky make it to the big screen?

“They sang of his valor, and his deeds of great strength,
With all their power praising the hero.”
– Beowulf
When anyone Googles the name Jeff McComsey, there are two well-known writers who appear under the heading “people also search for.” One is comic powerhouse Chuck Dixon (Batman, Punisher, Green Arrow). It is good company for Jeff, the Lancaster-based writer/illustrator who teamed up with Dixon, a Philly native, after finding each other’s work on a then-fledgling world of social media. The resulting zombified WWII graphic novel, FUBAR, was one of the earliest published works by McComsey, but the genesis of his inspiration hinges on the pop culture of his childhood.

“I grew up watching cartoons like G.I. Joe and Transformers and shows like those had great lead-ins with comics. I started emulating that stuff. I guess I’ve always wanted to do comic-style storytelling, even if as a kid I knew it or not,” the now 40-year-old illustrator/writer recalls.

During his formative years, his art was just emulations of the superheroes he liked. And, like many artists, he is glad those early renderings have been lost in the sands of time. Growing up in Oxford, southern Chester County, his home was always full of art materials, so he had ample opportunity to create. He also got a good dose of Bob Ross courtesy of PBS. 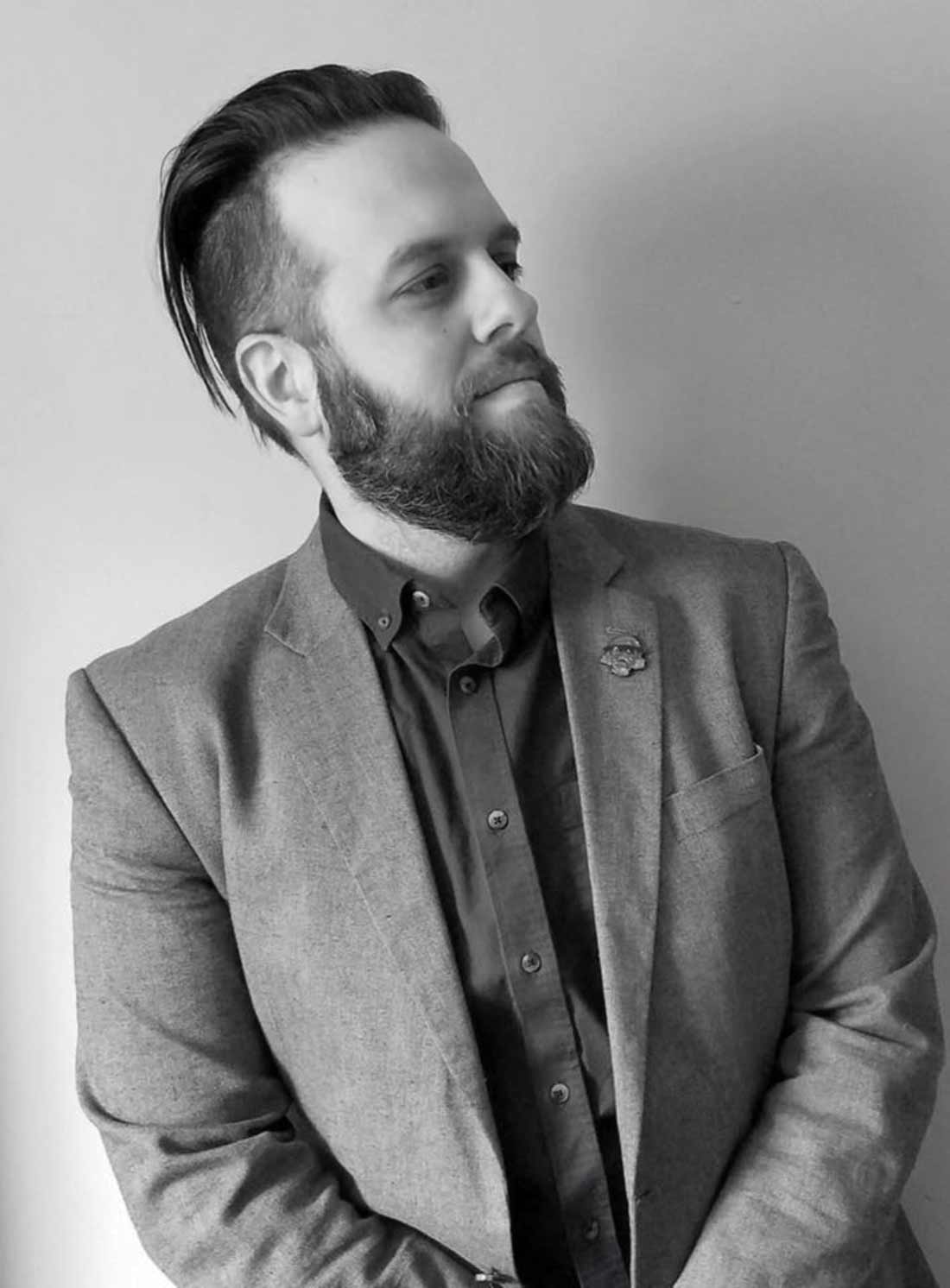 Jeff McComsey grew up in Oxford, Chester County, and now lives and works in Lancaster.

“There’s no more clear-cut support than what I got from my parents growing up,” Jeff says. “At the time, drawing just felt like the normal thing to do. A lot of my friends did it. It was like a phase we all went through to pass the time. We didn’t have the most awesome video games on the planet, so we did other stuff. Most people just put that aside at some point but I never did.”

After inspiration and encouragement from his Oxford Area High School art program, he made his way to Lancaster in 2001 to attend Pennsylvania College of Art & Design. Jeff’s goal was not to become a successful comic creator; instead he looked for a more commercial outlet for his talents in editorial portraiture – the art of illustrating the story of the person who is the subject. He considered other art schools but liked the intimacy of PCAD.

“With comics you can immediately start to tell your own story, so I migrated [to comics] after graduation,” he says. “I like Lancaster; it’s got a nice vibe. I stayed and now I teach at PCAD.”

At PCAD, Jeff teaches in the illustration and the animation & game-art departments. His focus is on the more advanced conceptual and portfolio-building classes. He does get to teach some comics classes and his favorite comic book character is Superman. “I mean, we’ve all seen the movies and he’s kind of ubiquitous, but I didn’t quite see the allure for a long time. As I’ve gotten older, Superman has become super cool,” says Jeff.

When he’s not writing, drawing or teaching, Jeff enjoys the kid-friendly nature of Lancaster City. He and his wife, Samantha Halsey, have two children and they all love to spend time in the city parks.

For Grendel, Kentucky, Jeff pulled from another influence in his past, a novel from Michael Crichton. Crichton’s Eaters of the Dead: The Manuscript of Ibn Fadlan Relating His Experiences with the Northmen in AD 922 was the first “grown-up” novel Jeff had ever read. The book is essentially a retelling of the Old English tale of how Beowulf vanquished the horrible Grendel (and his mother and a dragon). The 1976 novel was later republished under the title The 13th Warrior to match the 1999 film adaptation.

“The story always lived large in my mind,” says Jeff. “It was one of those things that when I got the opportunity to pitch new material, I went for it. I like the idea of a heroic band of warriors, and I had the idea of putting it into a modern context.”

Just like Crichton’s Eaters, there is talk about turning the more modern spin of Grendel, Kentucky into a film. Jeff is quick to note this is “just talk” but he welcomes the idea, for sure. “It’s garnered more interest than I generally get for my projects,” admits Jeff, taking a humble tone. “It is exciting. I just have to wait for the good or bad phone call.” 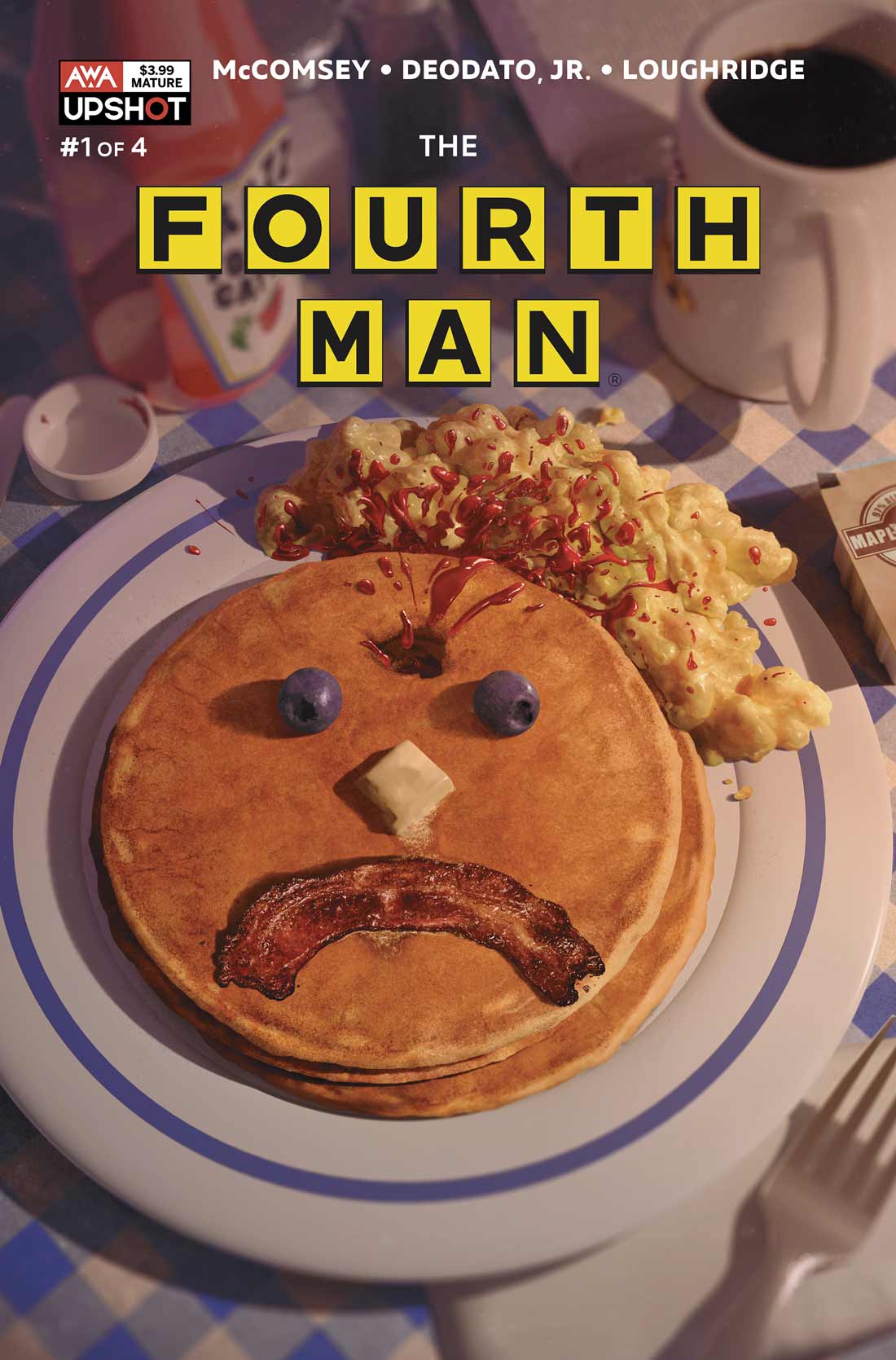 For now, Grendel, Kentucky remains a stand-alone project. Jeff’s latest book, The Fourth Man, was released on January 3. The four-issue mini-series is illustrated by the legendary Mike Deodato Jr. (Batman, Amazing Spider-Man, Thor, etc.) and is published by AWA Upshot.

“It’s a quirky Fargo-esque murder-for-hire plot gone wrong, which takes place in the fictitious town of Medford, Pennsylvania,” says Jeff. His “Medford” is an amalgamation of Oxford – the town where he grew up – and Lancaster – the city where he now lives. “For the eagle-eyed reader there are some Lancaster locales that have been worked into the book,” he notes.

While growing his own reputation as an artist, Jeff has managed to surround himself with some dynamic names; as a PCAD student, he was mentored by fellow Lancaster comic artist Tim Truman. On Grendel, Kentucky, Jeff teamed up with illustrator Tommy Lee Edwards, who AIPT Comics calls “perfect in drawing horror set within rural America … mixing thick inking and a variety of many different colors.” The other name to come up when Googling Jeff McComsey is James Fenimore Cooper, author of The Last of the Mohicans and The Deerslayer.

“That is some kind of Google algorithm mistake,” laughs Jeff. “The first ever book I did post-PCAD graduation was called American Terror Volume 1: Confession of a Human Smart Bomb. I cowrote that with my friend Jimmy Cooper, so he’s James Cooper and somehow, somewhere that metadata got crossed.”

Google does not get everything right. Jeff, on the other hand, seems to be doing everything right by growing his reputation as a solid storyteller with creative ideas. Issue one of The Fourth Man is on sale now.

Could Grendel, Kentucky make it to the big screen?