The term refers to a person who is “good at many different things.” That defines Terry to a “T.” His 6-acre property – a little slice of heaven – in Mount Nebo is testament to that.

Terry grew up in washington boro. His summers were spent working for his father, builder Jonas N. McDonald. It was a family affair, as several of Terry’s uncles worked for the company, as well. “We worked on a lot of homes in Marietta and Columbia,” he says. “I think that’s what inspired my interest in old homes and antiques.”

After graduating from Penn Manor, Terry became a government employee, specializing in the mechanics of helicopters. The shop was at an airstrip that was once located behind Leisure Lanes. It later moved to Lancaster Airport and finally Fort Indiantown Gap. In 1976, he built a house near Annville. “Then, the layoffs started,” he recalls.

He moved his family back to Lancaster, went into business with his father and began searching for a farm to buy in Manor Township. Having no luck, he instead bought a piece of land from a friend, intending to build a house.

Before he could break ground, Terry happened to notice an ad for a property in the Southern End of the county. While the earliest deed on record dates to 1900, he was told two or three unledgible and unrecorded ones had probably existed at one time; therefore, it was estimated the property dated to the mid-1800s. Rafters on the upper floor that were marked with Roman numerals helped to substantiate the time period.

Terry attended an open house a week prior to the September 1979 auction date and decided he would bid on it. With his carpentry skills, he surmised he could carry out the bulk of the renovations. “It was livable,” he says. “But, if the wind would blow, you’d have to tack the carpets down.” The fuel oil bills were daunting. 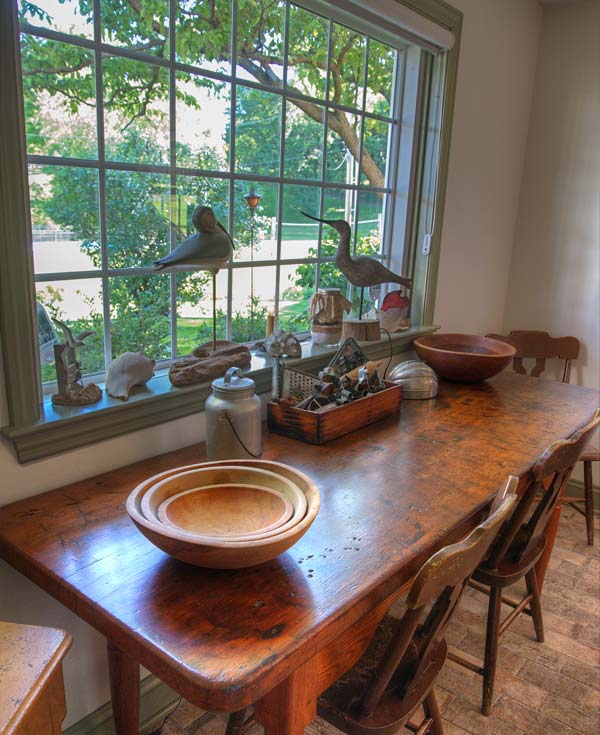 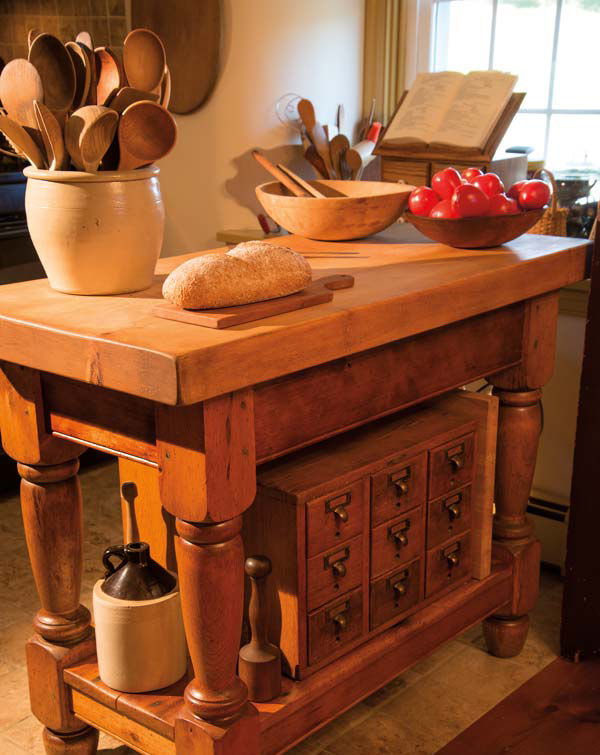 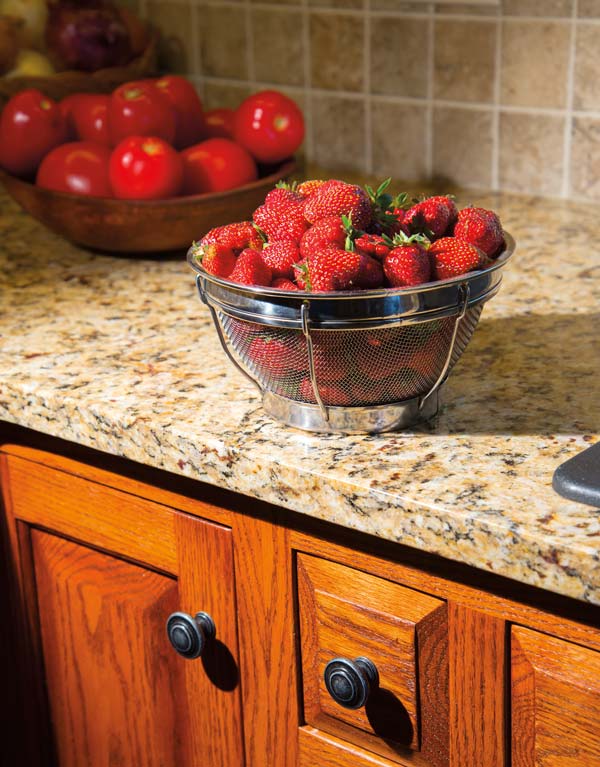 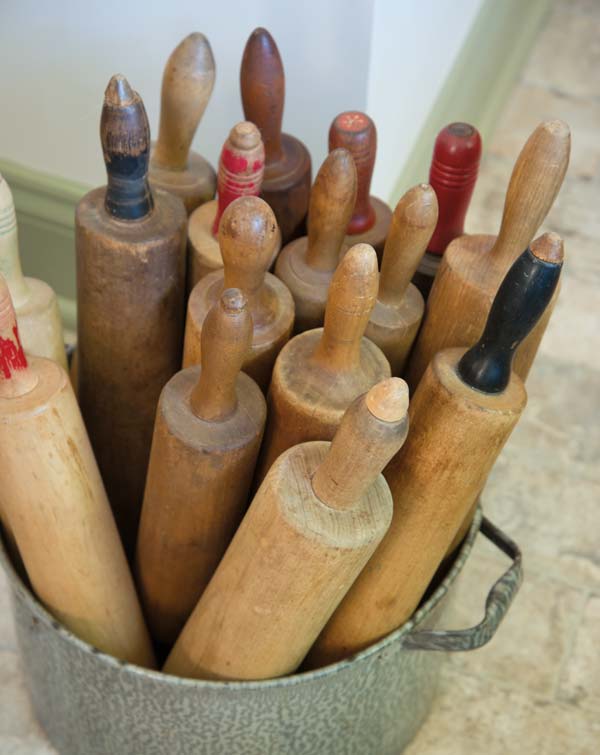 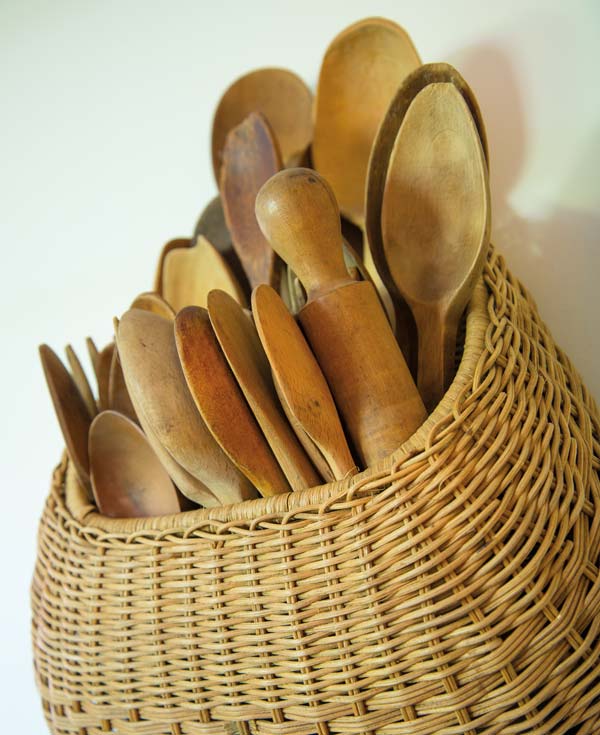 Soon, Terry was asking himself, “What did I do?” As with most jobs of this caliber, he was “finding a lot of problems. The more I did, the more I saw what needed to be done.”

He forged on. He bought a woodstove, which heats the entire house. He replaced the windows (twice), rebuilt the front porch, installed a full bath, remodeled the kitchen and replaced the floors. Outdoors, he landscaped, created a brick patio, built a garage and repaired the falling-down barn.

Terry also had to grapple with the fact that it wasn’t the most opportune time to be a builder, as the ‘80s featured sky-high interest rates. “There’d be some weeks when all I had was a day or two of work,” he explains.

Fortunately, Terry found a new job. He answered an employment ad placed by PPL and landed a job with the electric utility company in 1981. After 19 years of working at the Holtwood Power Plant, he transferred to the meter department in Lancaster. After reading meters for about four years, he moved to the Holtwood Land Management department, which was home to a nature preserve. The commute to work was a breeze. He retired in 2014. 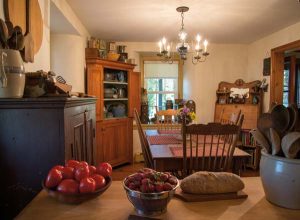 Working on the house was an on-going project. “I don’t know if you’re ever really finished,” he confides. “I refer to the process as ‘hysterical reconstruction,’ in that you can really burn yourself out. I’d take breaks and then go back to it.”

True to his word, Terry got back to it two years ago by building a kitchen on the other side of the house and remodeling the summer kitchen. He not only built the kitchen cabinetry, but he also installed the tile floor and backsplash.

While Terry enjoyed his job with PPL, he missed the process of building something. In order to maintain that connection, he launched a cabinet shop out of the barn. “I started creating reproductions using materials I bought from [salvagers] Ben Brubaker and Sylvan Brandt,” he says. “It was a little hectic,” he jokes of trying to combine shift work with operating his own business. 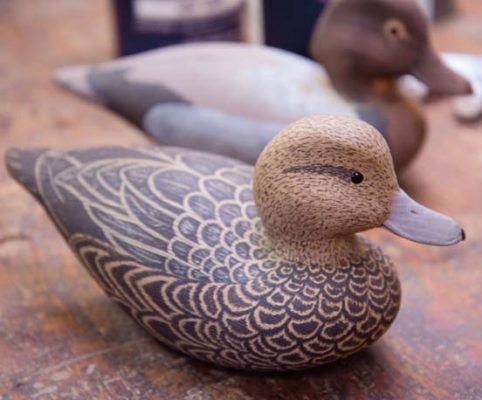 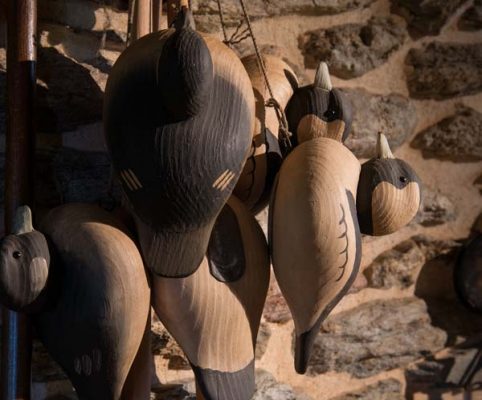 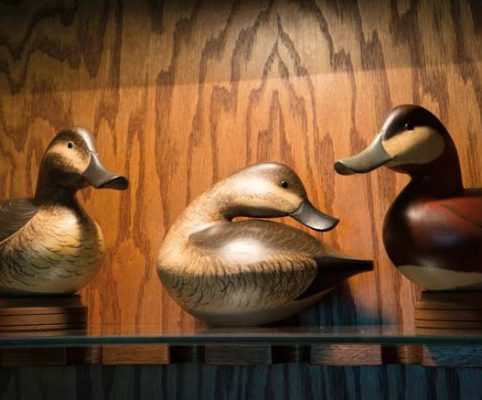 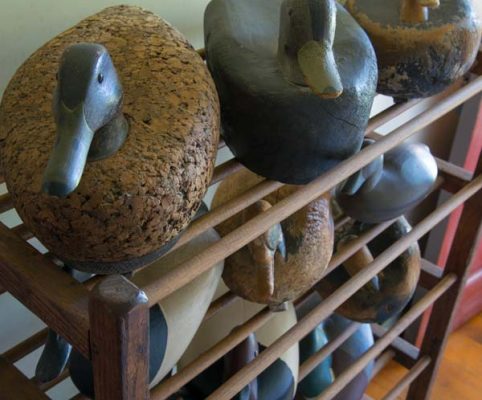 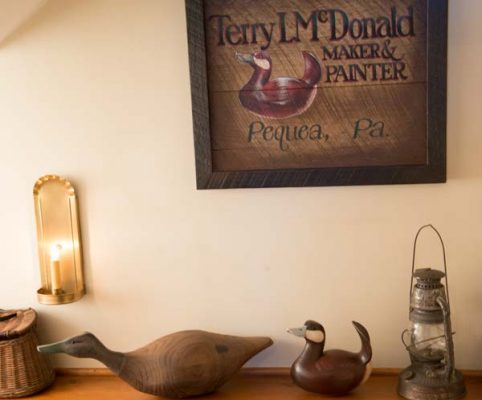 He also renewed his fascination with decoys and began crafting his own. His love of decoys extends back to childhood, as his family hunted and maintained a duck blind on the Susquehanna. “As a kid, I used to make them with my dad,” he explains. “Decoys intrigued me because they entail shape and are three-dimensional.” He returned to the hobby in 1989. “I was scared to paint them, so I had someone else paint my first one,” he explains. He then decided to conquer his fear and enrolled in a class. “You learn as you go,” he says of experimenting with different techniques.

Soon he was selling his decoys to shops in Havre de Grace and was operating a stand at shows. Orders flooded in. “Then, it became a job; it was too much, so I quit.” A log book in which he meticulously recorded the making process and who came to possess his works of art includes more than 300 projects. “Now, I’m back to making them as gifts,” he notes. “I do what I want to do, if I feel like it.”

What he feels like doing nowadays is cooking. “I don’t know exactly how that came about,” he says. “I just remember going on house tours and looking through magazines and noticing how good the food looked.” So, he began experimenting. Ingredients came from his garden. “What I really like to do is bake,” he says.

It seems as if Terry’s children have inherited his talents. “My son loves to cook and garden,” he says of Keith. His daughter, Angie, is very adept at installing tile and did it professionally until allergies to the adhesive products forced her to stop. “This was a good place for them to grow up,” Terry remarks. “Now they bring their kids here. It’s become a Memorial Day tradition for everyone – including four grandchildren and a great-granddaughter – to come and camp out. We even cook out over a campfire.” 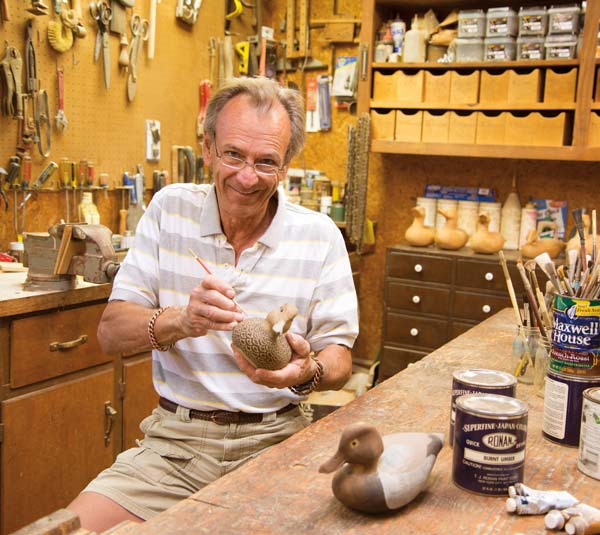 Growing up on the river, Terry was once a duck hunter. Years later, he parlayed his interests in ducks to making decoys. While he no longer sells them nor is a standholder at shows, he once again views making decoys as a no-pressure hobby.