Charleston, South Carolina, has always been a favorite getaway for John and Eileen Smith. So, it’s no coincidence that the gardens surrounding their home in Elizabethtown were inspired by the Low country. 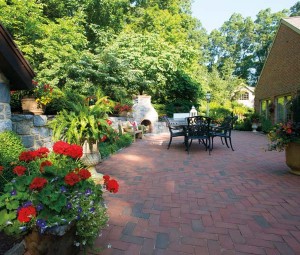 The patio was expanded during the renovation to provide more space for outdoor dining and entertaining. The fireplace was added, as was a retaining wall that unites this space and the pool area.

Thirty years ago, John and Eileen Smith built their dream home on the outskirts of Elizabethtown. Traditional in style, it sits on eight, partially wooded acres through which the Conoy Creek flows. John, who loves landscaping, consulted with Ray Boltz of Erb Brothers Landscaping for advice on transforming the rear of the property into a unique garden setting. John and Ray’s ideas translated into a free form Sylvan pool, a spring house-inspired structure that holds the pool’s mechanicals and a patio. Flower beds also materialized. “I’ve always liked being outdoors,” John says, crediting his parents for that area of interest. “They loved being outside and working with their trees and flowers. I enjoyed helping them,” the Terre Hill native says of digging in the dirt and mowing the grass.

College took him to Elizabethtown – where he met Huntington County native, Eileen – and then to Penn State, where he earned a master’s degree in physical education and recreation. The couple returned to Elizabethtown, where John became the Director of Recreation for what is now Masonic Village.

With a background in psychology, Eileen brought her people skills to the real estate field, earning her license in 1978. John followed suit by getting his license in 1981 (Eileen jokes that she “taught him everything he knows.”). John recalls those first challenging years, noting that “interest rates were at 18%.” Fifteen years ago, John and Eileen opened their own firm, the John Smith Real Estate Group, which serves Lancaster County, as well as the Harrisburg/Hershey areas.

Two of the couple’s three sons are also in real estate. Nate, their oldest son, is an agent in Beverly Hills, California, and works for Josh Altman, who is one of the stars of Bravo’s hit show, Million Dollar Listing Los Angeles. Middle son Andrew, who graduated from the College of Charleston, recently relocated to Los Angeles and is in the process of earning his real estate license (and also hopes to work for Josh). Youngest son Zach, who started his own landscape business while still in high school, then went in another direction: used car and truck sales. He and his business partner, Travis Elhajj, own and operate Platinum Car and Truck Sales in Elizabethtown. 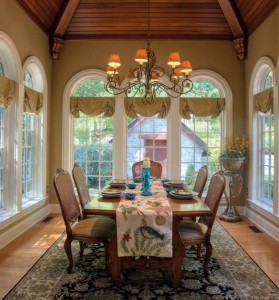 Architect Don Klinger designed a dining room that captures the architectural details of the colonial era, plus provides the feeling of being one with nature.

The three boys made the Smith residence a lively one. The pool and outdoor-living area provided the perfect setting for birthday and graduation parties. “You name the theme, and we’ve probably done it,” Eileen laughs.

The treehouse that Zach and Eileen’s father built remains in place and awaits the sound of grandchildren at play. The pool is now the domain of the Smiths’ Labrador retrievers, Savannah and Reilly. “While Savannah prefers to wade, Reilly never tires of jumping off the side of the pool to catch a tennis ball tossed high in the air above the water,” Eileen notes. “Summer is definitely our favorite time of  the year. Time goes by so fast,” she muses. “There are so many memories here.”

Now the property has a decided grown-up feel about it. These empty nesters have definitely made it their own. The transformation began in 2004 when the Smiths started working with Millersburg architect Don Klinger. Their intent was to remodel the kitchen and expand the rear of the house in order to make it one with nature. “Our goal was to merge the indoor and outdoor spaces,” John explains, noting that pre-renovation, garden views were almost nonexistent due to the small, nondescript windows that dotted the back of the house. The resulting design includes a window-filled dining-room addition that is nestled in the gardenscape. The new kitchen, which was designed by Colonial Craft in Annville, also affords commanding views of the gardens and woodland. “It’s even pretty in the winter,” Eileen says of watching the snow fall. 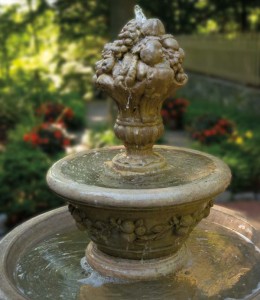 Expanding the house necessitated changes outdoors, as well. Again, Ray Boltz helped to make the Smiths’ ideas a reality. The patio was enlarged and transformed into even more of an entertainment area thanks to the addition of a fireplace and dining space. A stone retaining wall – building elements came from a Lebanon County barn that had been razed – unites the pool and outdoor-living areas, as do the replacement pavers. With help from friend Aaron Hess, Zach added a beautiful cascading waterfall in the pool area, using boulders found on the property.

Wrought-iron and picket fencing echo Charleston styling. A requisite fountain is surrounded by a mini-sized formal garden. Colonial-style lampposts and Chippendale-inspired benches add yet another touch of Charleston to the courtyard.

As for gardening, that’s John’s domain. He names April as “the most challenging month,” noting that he starts “plugging away” in order to have everything done by May 1. “I break the rule a little bit,” he admits. “I know Mother’s Day is regarded as the end date for frost, so I just pay special attention to the weather.” He devotes a couple hours each evening to the project. “Weekends I’m busy showing houses,” he explains.

Dozens of colorful container gardens highlight the outdoor-living area. “I’ve never bothered to count them, so I don’t know how many I have,” John reports. He buys his containers “here, there and everywhere.” He especially loves the cast-iron containers that receive a fresh coat of black paint every spring. They remain outdoors year around and are used as the foundation for lighting displays at holiday time. The other containers go into storage in the fall. 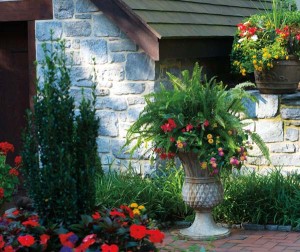 Dozens of container gardens fill the patios and pool areas. Created by John, they are composed of favorites such as lantana, geraniums, vinca, begonias, impatiens and ferns, as well as new finds like papyrus and Pencil Holly.

John shops all over the county for his container plants and names River Road Produce (Bainbridge), Warburton Greenhouses (Elizabethtown) and The Flower Wagon (Lititz) as his favorite destinations. He changes the color scheme from year to year and always incorporates something new into his designs. Last year he experimented with papyrus and a foundation plant called Pencil Holly that he found at Stauffers of Kissel Hill.

“I love to get up early to water everything,” John says. “It’s a very peaceful way to start the day.” Eileen agrees, noting, “Early morning is our favorite time of day in the courtyard. We love to have coffee outside, talk about the day ahead and have devotions together, thanking God for His many blessings. We love the sound of the birds waking up as the dawn breaks.”

The property is a sanctuary for birds. Bluebirds, goldfinches, woodpeckers, nuthatches, cardinals and many other species feed on the variety of gourmet bird seed John provides. Welcomed bats provide relief from mosquitoes and insects. The woods are also home to red-tailed hawks, great-horned and screech owls, red fox, mink, deer and other wildlife.

Whether it is early morning coffee or evening dinner al fresco, John and Eileen enjoy every moment spent in their garden. Memories to last a lifetime have been made by the Smith family and their friends in this special backyard retreat.

Charleston is for Garden  Lovers

Established by English colonists in 1670, its bustling seaport helped to make Charleston a city of wealth and influence by the mid-eighteenth century. The cultivation of rice, cotton and indigo added to the city’s prosperity.

Charleston is also famous for firing the first salvo of the Civil War: Confederate troops fired upon the Union-occupied Fort Sumter in April 1861. Slow to recover from the war, the city was financially unable to demolish its damaged buildings and had no choice but to repair them. Those links to history have made Charleston the envy of cities across the country. Architecture, history, outstanding restaurants and nearby beaches have combined to make Charleston one of America’s favorite vacation destinations. The popularity of gardening has only added to its allure. From secluded backyards to the grandeur of its plantations, Charleston has parlayed its gardenscapes into must-see tourist attractions.

Some to Consider for Future

Dates: This month-long event runs from mid-March through mid-April and showcases the culture, architecture and gardens of the city’s historic districts. Tickets go on sale in November; many of the tours sell out well in advance of the event(s).

Dates: Mid-November through December. The calendar is filled with house tours, museums/historic properties that have been decorated by local garden clubs, foodie tours, parades (on land and water) and much more. 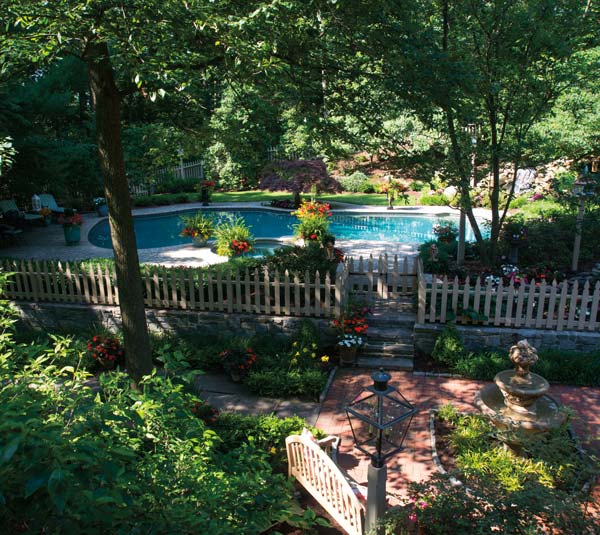