Megan Foltz became a nurse because she truly wanted to help people. She took her first step 14 years ago in the ICU at Lancaster General Hospital. Today, her mission to end suffering is being realized globally through Humankind Water®, a philanthropic water company that funds clean water projects the world over. 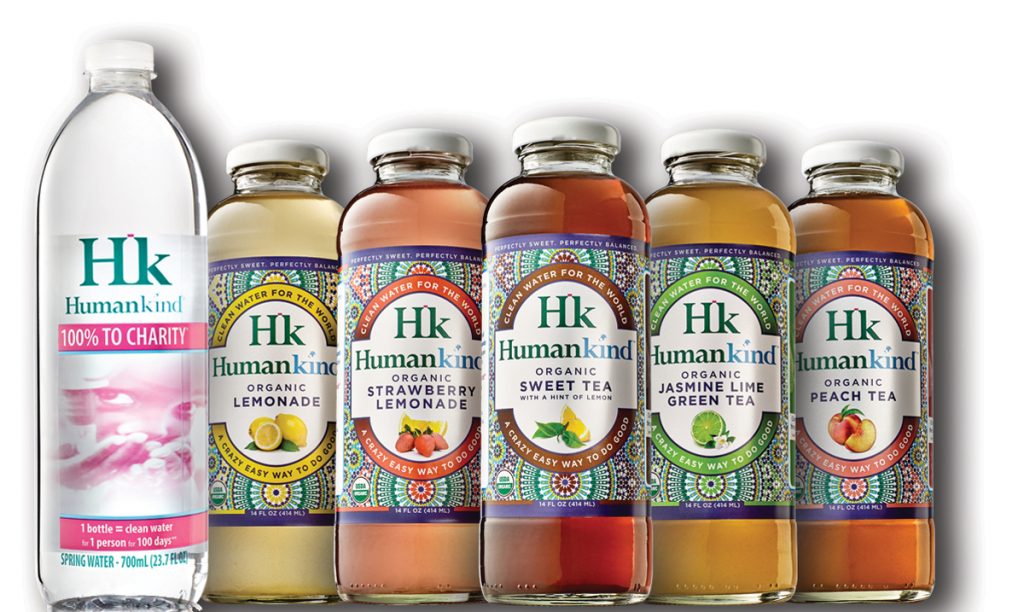 Megan remembers wanting to be a nurse since the age of 4, when she applied a Band-Aid to her mother’s finger. The feeling of satisfaction that came from that loving act remained with her into adulthood. Her path to serve humankind was set. 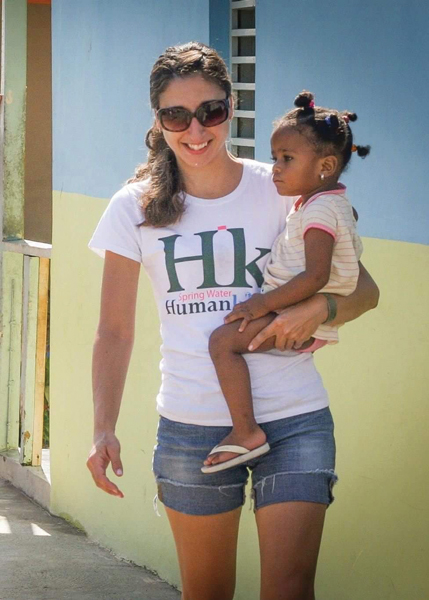 Megan, who is a life-long resident of Lancaster County, graduated from Penn Manor High School in 2000. She went on to attend Eastern University in St. Davids, declaring youth ministry as her major. She was there only a short time when she realized that nursing was the career she wanted to pursue.

In 2004, she began that quest by becoming a nurse aide in the ICU at LGH, where she would remain throughout nursing school. “When I stepped into the ICU that first day, I knew immediately I was in the right place,” she confides.

Upon graduation, she stepped back into that same ICU as a registered nurse (RN). She likes to say she went “full-circle” in life, explaining, “By returning to LGH after nursing school, I realized I’d be giving back to the very community that birthed me!”

Fourteen years later, Megan says she continues to experience “much joy” working as an RN and a member of the Main Pre-Op team. “We, as a nursing profession collectively, find it an honor to walk alongside our patients and their families during tough situations in life,” she remarks. She also finds joy in leading medical missions to foreign countries, such as Haiti, and stepping in where and when medical help is most needed.

But, Megan’s story doesn’t end there. While at Eastern University, Megan had crossed paths with a young man named Timothy (TJ) Foltz. After she left Eastern, they lost contact with each other. Twelve years later, Megan happened to read that TJ – by now a youth pastor – had just launched a philanthropic bottled water company, Humankind Water. Impressed by what she learned, Megan contacted TJ via email and asked if he remembered her. She also mentioned in the email she was now an RN and expressed an interest in helping in some capacity with TJ’s mission to bring clean water to a needy world. He responded by saying that of course, he remembered her, plus accepted her offer to help with his initiative. 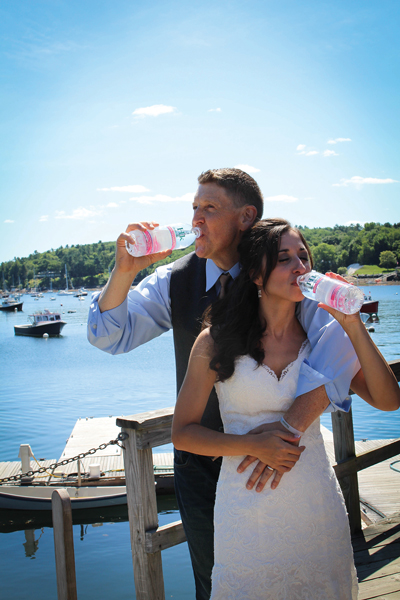 TJ and Megan resumed their friendship, which eventually led to a proposal of marriage on a jetty in the Dominican Republic. She remembers TJ on one bended knee with a ring in his hand and saying “yes.”

Today, TJ is the CEO of Humankind Water, while Megan is the vice president of marketing. She is also the director of missions for the Kind Human Foundation – a nonprofit 501(c)(3) – that was set up specifically to fund clean water projects all over the world.

The stylish bottles of Humankind spring water, flavored lemonades and iced teas can be found on the shelves in more than 150 markets and businesses locally, as well as in 27 other states, with hopes to expand on the drawing board.

When you purchase a bottle of Humankind spring water, 100% of the proceeds fund wells and clean water for children (as well as adults) throughout the world. Proceeds from one bottle of the organically flavored beverages provide 50 gallons of clean drinking water to those in need.

Life has only become more fulfilling for Megan. She and TJ travel the world, having brought clean water to more than 120,000 people so far. While her nursing career provided Megan with a very unique platform that ultimately prepared her for her work with Humankind, she admits that she and TJ weren’t prepared for the business aspect of Humankind but took on the challenge, learning as they went. But, as the saying goes, “God provides,” and according to Megan, “The right person has always stepped up at the right time to move us along.”

The company’s progress recently led TJ and Megan to establish their company’s headquarters in Mount Joy. The two are excited by Humankind’s growth and what it represents for the world. “I wake up every day excited to go to work, and I go to bed every night wishing I had just another hour of energy,” TJ reports. Megan shares his passion for the project.

Megan is humbled by the work Humankind is doing, but what she wants people to know is “we all have the ability to be difference makers.” In her estimation, “yes” does not have to be a commitment to do something big. Just by purchasing one bottle of spring water, you can make a huge difference in someone’s life halfway around the world.

Consider this: According to Humankind’s website, contaminated water is the No. 1 killer of children around the globe, and nearly half of the world’s hospital beds are filled with patients who are sick or dying from a water-borne illness. Megan, TJ and those who purchase Humankind products are helping to save them, one bottle at a time.

For more information on how to donate, become a retail partner, volunteer or travel with Humankind, visit behumankind.com. 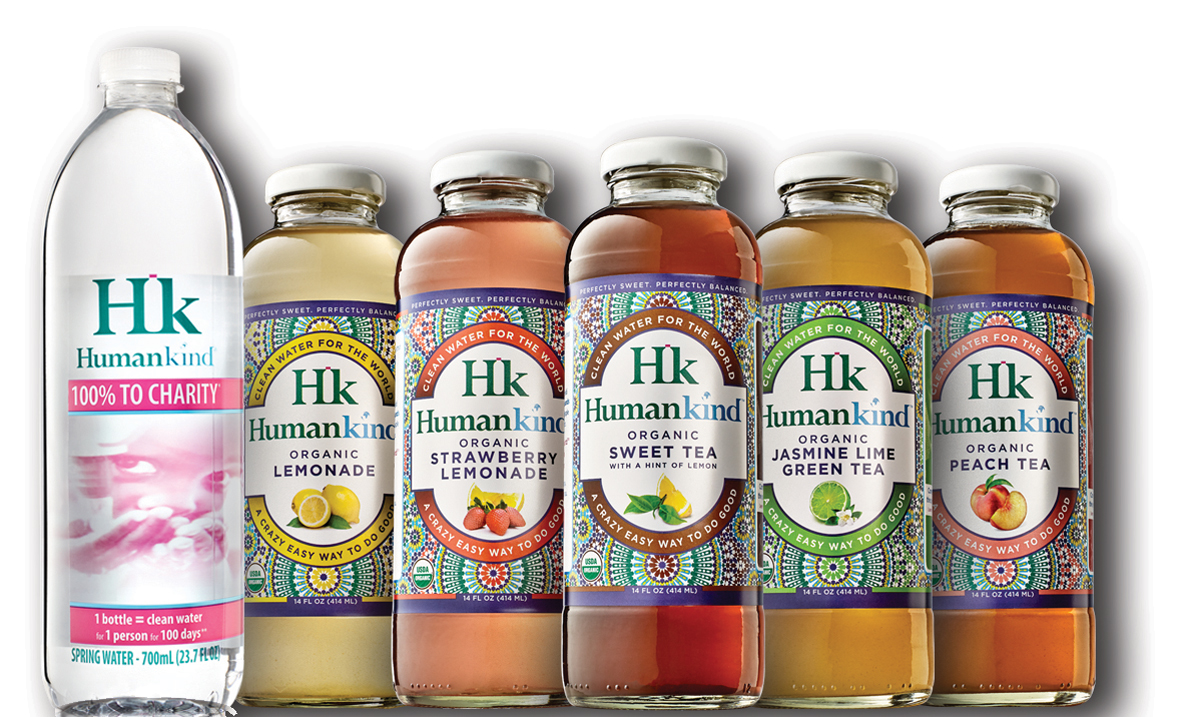