Ned Foltz is one of Lancaster County’s most prolific artists. This talented revivalist redware potter who oversees Foltz Pottery, is celebrating 60 years in business this year and will be marking the milestone by holding a special show on June 18 at his shop, which is a former one-room schoolhouse in Reinholds. 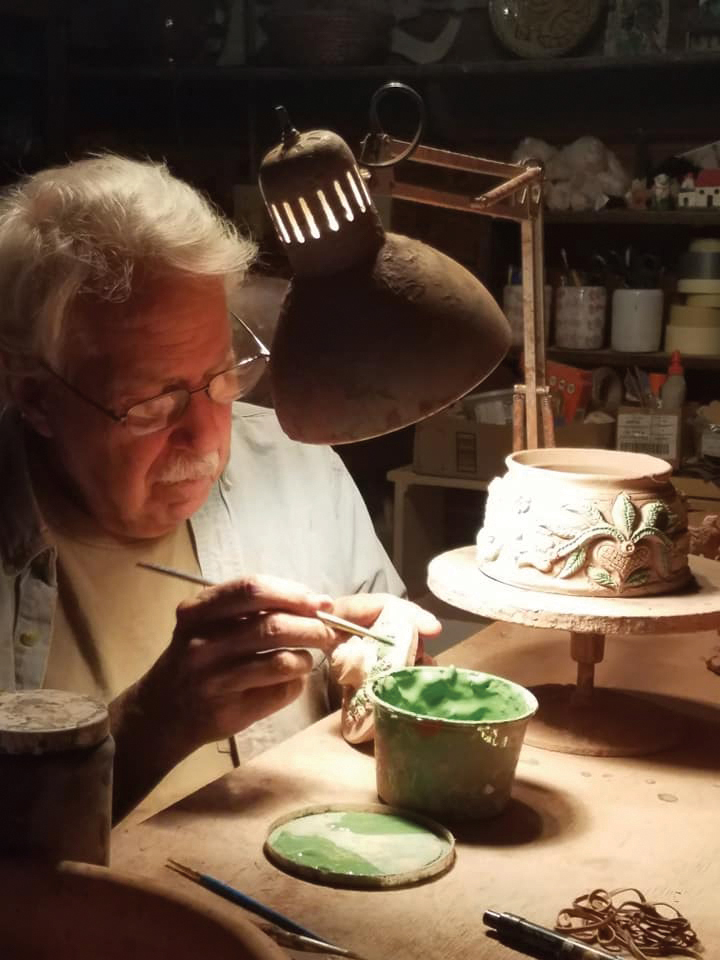 Ned grew up in Lititz and graduated from the Philadelphia College of Art with a degree in graphic arts. He taught art in the Cocalico School District from 1962 to 1980. He also became a self-taught redware potter during this time. After 18 years of teaching, he decided to make pottery his full-time career. 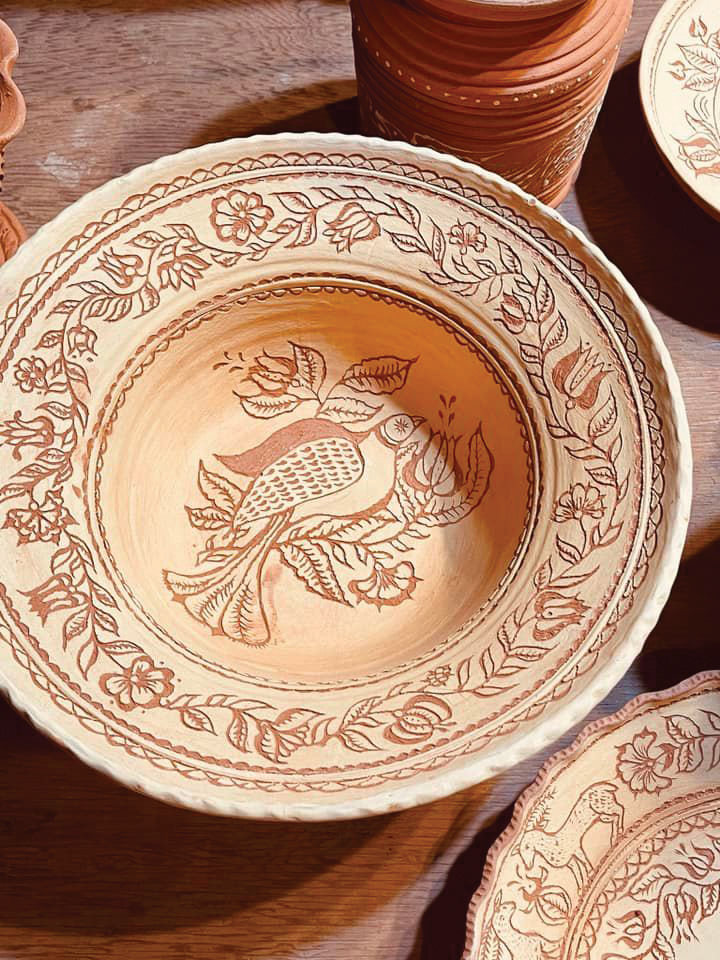 Redware became a staple of homes during Colonial times due to the fact that clay was abundant, making products plentiful and relatively affordable. However, prior to the Revolutionary War, it was illegal for British colonists to make and sell such items. Instead, they were required to supply England with the clay and then purchase the mass-produced “imported” redware products. It could be said that redware set the stage for revolt, as many colonists secretly made and sold their redware products, as well as supplied England with token amounts of clay.

Following the Revolution, redware became the utilitarian pottery of choice in homes. Its popularity endured until the mid-19th century, when it was replaced by stoneware and whiteware.  However, in areas of Pennsylvania, Virginia and North Carolina, redware remained popular into the early years of the 20th century.

Despite its wide availability at one time, original redware pieces are rarely found because of the utilitarian roles they played. Modern-day potters such as Ned have elevated redware to an art form by reviving decorative folk patterns, figurative designs, color combinations and techniques such as sgraffito, through which a pattern is scratched into a layer of slip to reveal the clay beneath it. (Source: Collectors Weekly.) 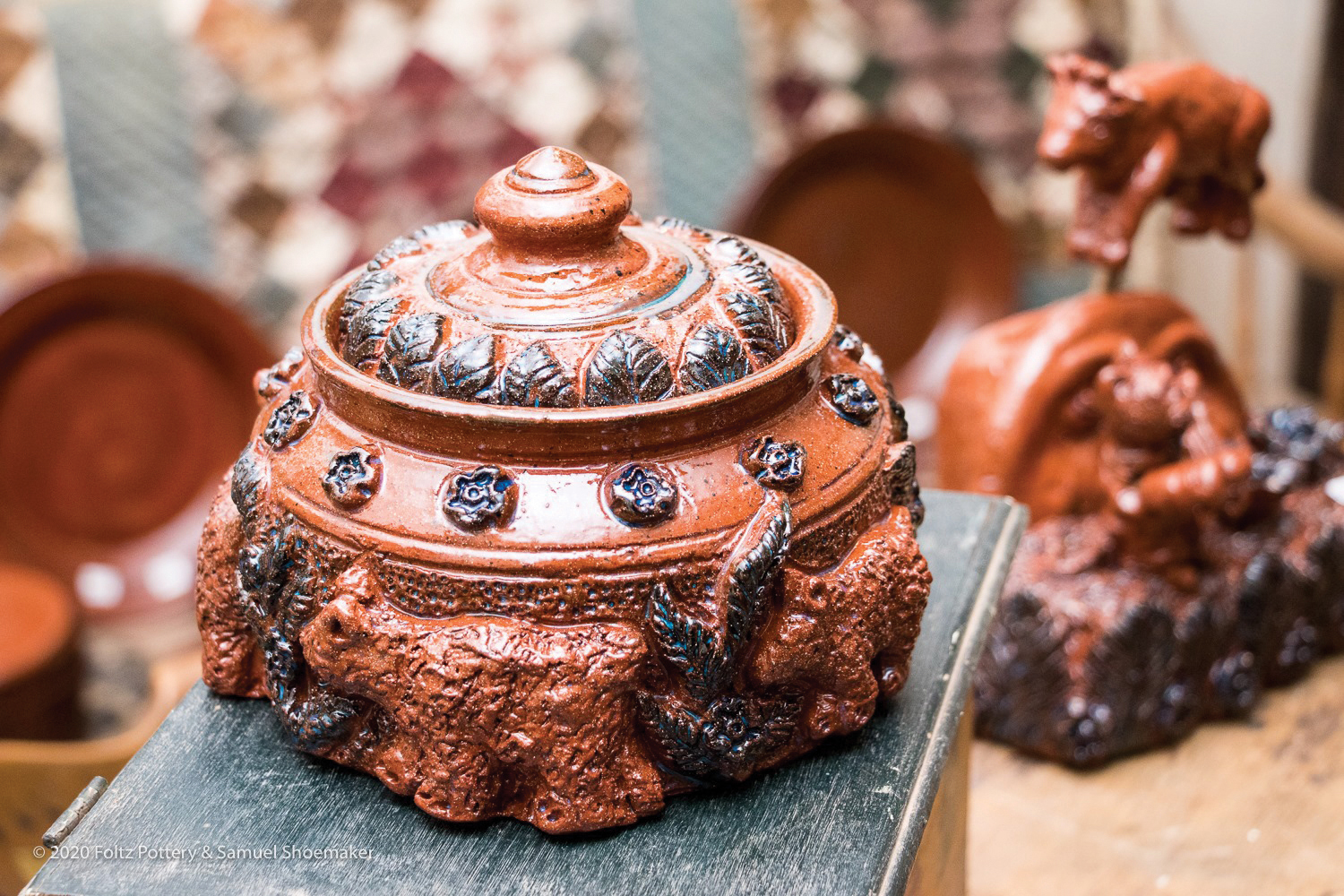 In his first years as a potter, Ned dug his own clay and used it to make tiles and small pieces, which were sold at the Ephrata Cloister gift shop. While what he calls “primitive pieces” date to the 1950s, he traces his first sale of redware to 1962.

It wasn’t until 1978 that Ned hosted his first official show. Held prior to Christmas, it became an annual event that drew throngs of collectors. (Last year’s show had to be canceled due to supply-chain issues and not being able to secure clay and glazes.) He also began supplying retail shops with his work. That is no longer the case – instead, he now hosts themed shows at the shop. “I’m very disciplined, which came from teaching. I can honestly say that I can hardly wait to get up to work on my pottery every day,” Ned remarks.

Like many artists, Ned’s style has evolved over the years. He has gone from making utilitarian plates, bowls and mugs to creating one-of-a-kind pieces that are hand-turned and meticulously sculpted. His decorating styles include slip, slip trail, cutwork, applied work, sgrafitto, sponging and stenciling. Ned continues to work with locally sourced clay and does all aspects of production himself. 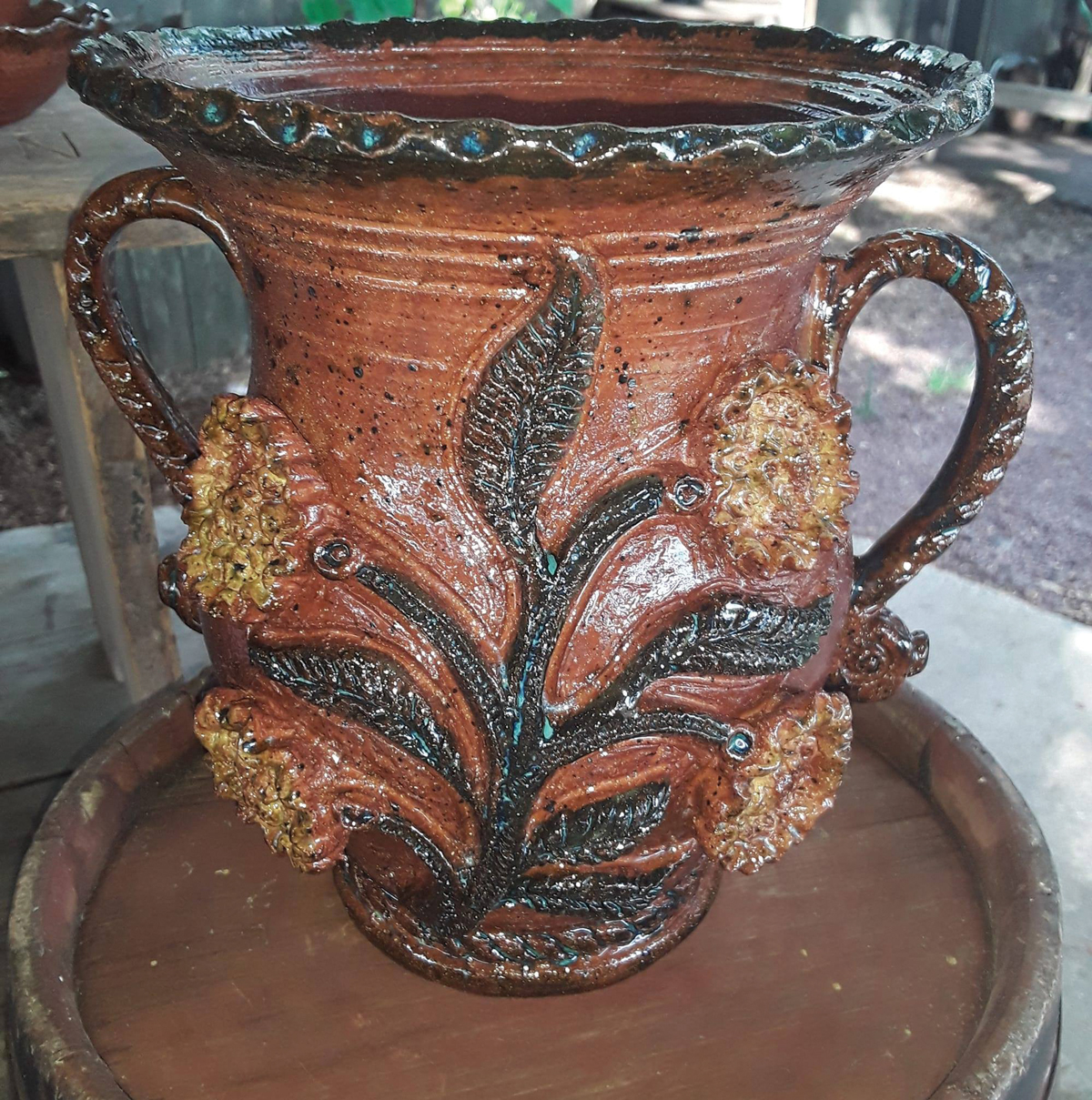 The Foltz Pottery shop also became more than a business; it’s become a family. Ned’s late wife, Gwen, who was a skilled cook and an accomplished artist herself, played an instrumental role in creating the hospitable atmosphere. Gwen would put together delicious lunches and was often asked for her recipes. The tradition continues, as a light lunch is always served during the themed shows, which provides everyone with the opportunity to catch up with friends they have met over these many years.

Foltz Pottery’s 60th anniversary show will be held June 18 at 225 N. Peartown Rd. in Reinholds. Doors will open at 8 a.m. for preview purposes. The sale will begin at 11 a.m. Cake and ice cream will be served to celebrate 60 years of success. For more information, visit foltzpottery.com.