For the last several months, I’ve been hitting Lancaster County eateries, snapping photos of appetizers, posting them to social media and tagging them with #LanCoTizer. The search was not all-encompassing: I wanted to find a few places offering something other than wings, mozz sticks and jalapeÑo poppers. Not that there is anything wrong with those, but there is just so much more restaurants have to offer.

The idea for this quest came on the heels of reading about chefs from around the world who either embrace or abhor photos of their food being plastered on social media sites. It seems diners just can’t help themselves – they want to photograph and share what they’re enjoying. The label #food attached to photos on Instagram surpassed 150 million tags in 2015 and, with the surging popularity of Instagram, that number has probably grown substantially over the last two years. Now, it’s not at all unusual to be in a restaurant and see people taking photos of drinks, food, themselves, their dining companions, the staff, the scenery and on occasion, the chef. It seems like only yesterday when someone from management would apologize to guests if the flash of a camera went off in a restaurant for a special occasion like a birthday, anniversary or graduation. I’m afraid those days are long-gone!

Many chefs have gone beyond tolerance and actually encourage photo-happy customers. Comodo, a chic neighborhood eatery in SoHo, encouraged customers to snap pics and even built an Instagram menu around user’s posts with #comodomenu. And, according to an article in Washingtonian magazine, that region’s restaurants are embracing the phenomenon; owners and designers undertaking remodeling and redecorating projects are devoting more attention (and money) to lighting, backdrops and color schemes that will accommodate their Instagram-happy customers and in doing so, bring attention to their restaurants. Some Washington-area restaurants are even supplying tip sheets on capturing the tastiest Instagram photo to commemorate a night out.

A few weeks ago, Good Morning America aired an unheard-of 10-minute segment on the subject. It seems restaurants in New York are now engaging the services of professional photographers to create “Instagram” images that capture their cuisine in the best light possible. The fact that the photographers spend considerable amounts of time styling and staging the food sort of defeats the purpose of Instagram.

However, there are detractors to the movement. Despite its viral marketing, Comodo closed in March. Michelin star holder Alexandre Gauthier joined a few other French chefs and banned the use of Instagram from his restaurant, La Grenouillère.

Asking around Lancaster County, it seems most local chefs – just like most chefs worldwide – have come to accept amateur food photography and the associated social networking posts. It’s a personal thing. Some embrace the idea. Some just shrug their shoulders.

Feel free to search #LanCoTizer on Instagram, Facebook and Twitter for examples, but here are a few places that stood out for their creativity, dedication to food as craft, and all-around yumminess. 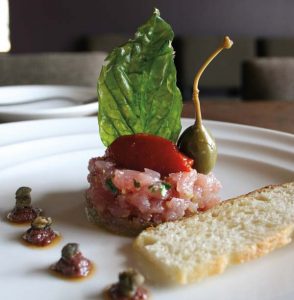 To Chef Carl Vitale, tuna tartare is a menu staple. The first time I ever sat down to talk with him about his food – back before the restaurant’s new location opened on Oregon Pike – he brought over a plate for each of us, along with a glass of California red wine. The dish, which evolves seasonally, is an important part of Vitale’s intent to build a menu around freshness and sustainability.

Bluefin tuna, once essential for upscale restaurants and a hard-sought prize for sport anglers, is dangerously overfished. Bluefin, the largest tuna, is sought for its size and populates menus at restaurants serving raw fish.

Not at Gibraltar. Vitale opts to procure the yellowfin variety, which is plated with an eggplant purée, kalamata olives, fresh tomatoes and a few salty caper berries. (Yellowfin is not on the Word Wildlife Fund’s list of endangered species and is often marketed as ahi tuna.) The dish is as beautiful to look at as it tastes.

“If you’re proud of your food, and you’re not insecure about other people stealing your ideas, then I think people taking photos of your food is flattering,” says Carl. “In my opinion, it’s bought and paid for; it’s theirs. If they want to take a picture of it and post it on Instagram, Facebook or wherever, that’s great publicity.”

A Hero on a Half Shell 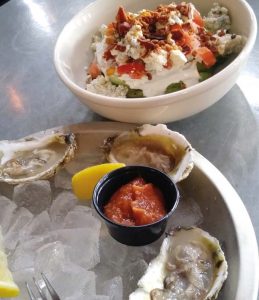 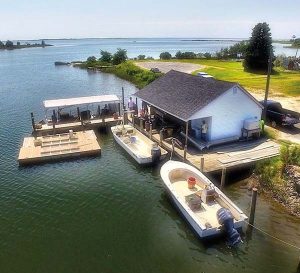 Matt Keasey likes oysters … and beer, so the mad scientist behind creations like The Astounding She-Monster Mango IPA, Lil’ Gruesome Peanut Butter and Jelly Stout, and Braaaiins! Pumpkin Ale For Zombies at Spring House Brewing Company requires the bivalves be on the menu at his Hazel Street location. In fact, the brewery known for pulling no experimental punches actually created an oyster beer using the shellfish in the brewing process.

“That’s Matt’s thing. Something about how well the briny nature of the oyster pairs with the beers,” says General Manager Damian Morris when I got down to talking appetizers – and oysters – with him recently.

Having an emphasis on the slightly obscure from day one, the menu at the Hazel Street location (as opposed to the tasting room downtown) has featured rabbit sandwiches, wild boar and wild game birds. Now branded The Butchery – with an emphasis on steaks – the eatery also offers a selection of oysters year-round (as available) and aims to source the creatures as close to home as possible.

During a recent visit, I tried a few raws from Nandua, Virginia. Nandua is an unincorporated community in Accomack County, on a tributary leading to the Chesapeake Bay, 75 miles southwest of Ocean City, Maryland. Nandua Selects Oyster Company (pictured left) is a fourth-generation fishery. I found the oysters to be both sweet and salty, with an incredible citrus aftertaste. Damian suggested pairing the oysters with their current JOOP offering, an IPA brewed with peach purée and Mosaic and El Dorado hops.

As for posting pics of The Butchery’s food on social media, Damian is all for it. “We use it to help promote our specials, and we love when customers show off what our chef can do,” he says. 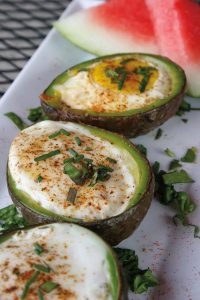 “It makes me feel good knowing someone took pics,” says Chef Mike Groff at Brady’s Pub in New Holland. “It also encourages me to make sure my presentation stays up to par. I don’t want a sloppy food pic posted.”

Self-taught, Mike has been cooking for over 20 years. He started in the industry as a dishwasher at the one-time Ephrata landmark, family-run Rawhide in the Cloister Shopping Center. He still works in the family biz, as his parents now own Brady’s where he is the full-time chef. When not in the kitchen, Mike spins tunes for local events, weddings and private parties as DJ Mike.

Over the years, he’s found he sometimes needs to push his customers to try new things. When he first introduced ahi tuna as an appetizer, no one ordered it. So, the next weekend he plated up two-dozen samples and handed them out as an on-the-house amuse-bouche. Now, the ahi tuna rivals the crab balls as the restaurant’s top selling appetizer.

“A lot of people do fried things when it comes to appetizers, so I wanted to do something outside of the box,” Mike says of his bacon, egg and cheese-stuffed avocado served with honey-glazed watermelon. He came up with the idea, which should not be misconstrued as a breakfast dish despite the eggs and bacon, and polled a couple of taste-testers at the bar. The sample bites were a hit.

It comes as no surprise that Mike’s corn, crab and lobster bisque earned him first place five years in a row at Taste of Lancaster County. The restaurant also displays people’s choice awards for his chili. 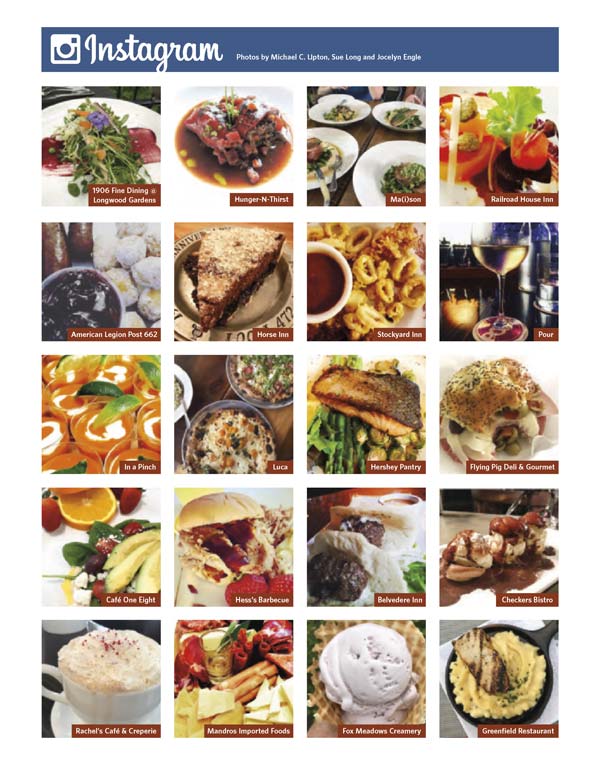