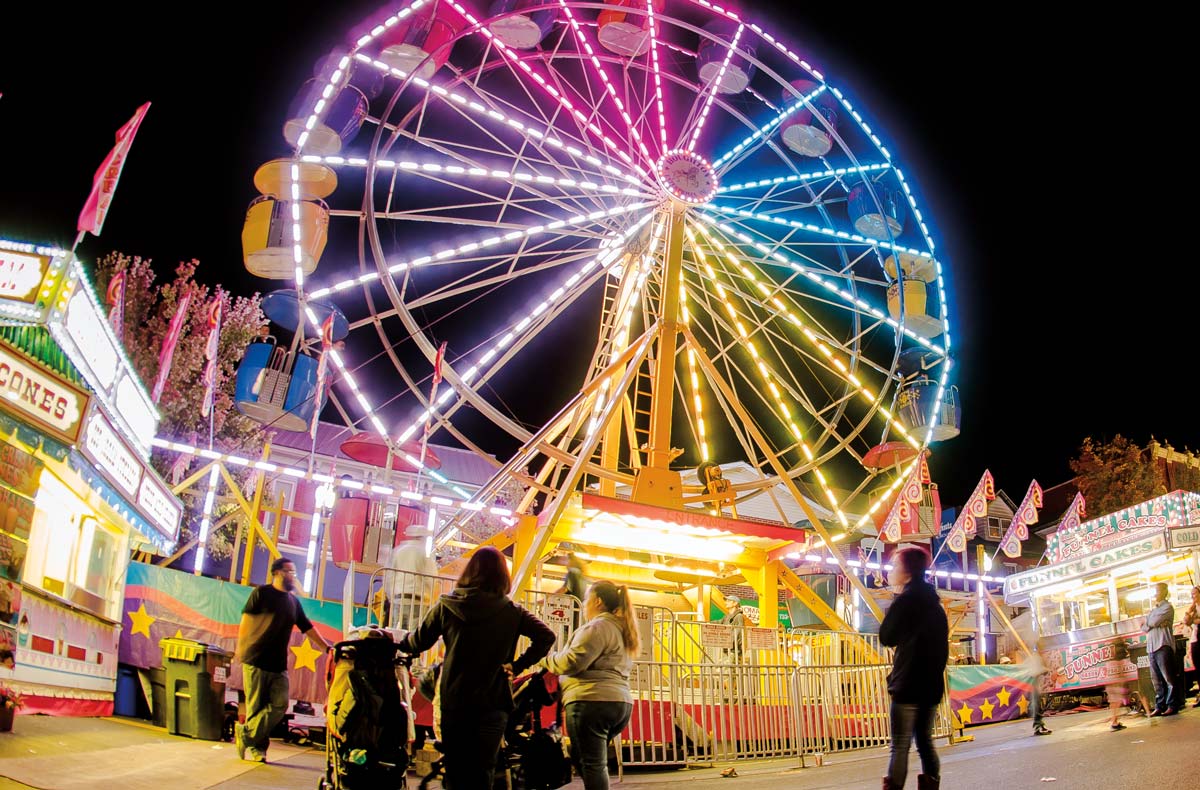 I love September. It’s still warm, but not unbearable. The kids are back in school, which means the house is quiet in the morning. However, in my opinion, summer doesn’t officially end until Main Street in Ephrata is closed down to make room for the Ephrata Fair.

This year marks the Ephrata Fair’s 97th anniversary. Regarded as the state’s largest street fair, it was originally conceived by local businessmen as a one-day event to honor World War I vets. The fair proved to be so popular that over time, agriculture, a midway, a parade and other elements were added. The Ephrata Fair’s beauty pageant even gave us Miss America 1954, Evelyn Ay.

Proceeds from the early fairs were used to create Grater Memorial Park, where the agricultural aspect of the Ephrata Fair is now held. The four-day event also features rides, games and food stands that offer everything from fresh gyros to fried Oreos.

Of course, ephrata is just one of the many fairs that are held in Lancaster County. I have lots of fond memories of going from fair to fair as a teenager, and now I’m sharing that tradition with my own kids. While the fairs are similar in many ways – animals, competitions of all sorts, food and fun – each is also unique. For example, the West Lampeter Community Fair, which is smaller than the others, seems to have a more neighborly atmosphere. The Ephrata Fair, on the other hand, is a grand spectacle.

While many of the fairs have added attractions such as rides and games in order to entice visitors, Lancaster’s agricultural tradition remains the star attraction. The fairs are a perfect place to view livestock competitions and admire the winning entries in produce, canning, sewing, quilting, baking, floral arranging and more. The local fairs often pave the way for competitors to make their way to the big show, the Pennsylvania Farm Show in Harrisburg.
The fairs also enable visitors to support local organizations – service clubs, volunteer fire companies and churches – by purchasing the goodies they sell. For some, the thought of that once-a-year milkshake made by the local Lions Club is incentive enough to take in a fair.

For details about the 2015 fair schedule, visit lancasterpa.com/events.