The “high way” of doing things is twofold. The company’s goals are to build relationships and lead by being innovators. It all began in 1931 when Sanford High opened a welding shop in Lancaster. He saw a way to improve the state’s infrastructure and took his innovative ideas – build bridges using welding methods and not riveting – to state officials. By the early ‘50s, his company received its first substantial steel-fabrication contracts. Today, High is a conglomerate of companies dedicated to bridge building, concrete fabrication, steel, construction, real estate development and hotels. Still another entity deals with the building, leasing and management of corporate centers and apartment complexes. A third generation of Highs has taken a managerial role in the company.

According to Darryl Gordon, who is High’s Vice President of Human Resource Services and its EEO Officer, the company became alarmed by the double-digit increases that were impacting health-care costs on a “year-after-year” basis. “It makes it a challenge to sustain productivity,” he remarks. “A company can’t grow if it has to absorb those costs.”

By 2011, high was exploring its options. Self-insure seemed to be the route to take. “We’d be creating our own destiny,” explains Darryl. They began the journey by bringing in a consulting firm: Cooper Wellness Strategies, which is based in Dallas, Texas. Cooper set up the High Health Management Program and provided the company with an on-site coach, Andrea Dean, whose job entails working with employees to develop healthier lifestyle habits that will ultimately result in sustainable, long-term benefits. Andrea can relate to the frustrations employees experience where health is concerned. The one-time attorney became passionate about healthy living after undergoing her own transformation.

A year later, High took what Darryl calls a “big step.” The company became tobacco-free. No smoking is the policy in all buildings and on all grounds owned by High. Employees who do smoke are given the tools to quit. “Thus far, 120 employees have succeeded in quitting,” notes Darryl. “Our numbers have fallen close to the county’s rate.” Employees who do not smoke are rewarded; after signing affidavits, they avoid paying an additional health premium of $30 per month.

“Know Your Numbers” have also become words to live by at High. And, the company makes it relatively easy to become knowledgeable. Each year, the High Health Management Program offers free biometric screenings to its employees. (Employees have the option of undergoing testing through their personal physicians, as well.) The tests screen six risk factors; participants must meet or improve in four of the six. This year, a new test will be added for Cotinine, or nicotine in the blood stream.

If employees meet the criteria, they will see a reduction in the cost of monthly premiums. If employees choose not to participate, they will pay the highest premiums. However, according to Darryl, that isn’t much of an issue. “In 2014, 93% of our employees participated in the testing. Seventy-five percent met the requirements or improved.” This year, spouses will be able to participate. “You can’t ignore the family,” says Darryl.
Like all award winners, High has a Wellness Committee. Only they’ve taken the concept to another level and have committees in place at all locations. The committees work to create engaging programs that range from helping employees make the smallest of steps to contests that last for months (such as the Maintain and Not Gain challenge that is conducted over the holidays).

Then there was the ultimate carrot-and-stick approach, otherwise known as the 12-week Get Healthier Challenge. Cooper selected 10 participants who demonstrated progress toward meeting their goals as deemed necessary through the biometric testing. Contestants were required to do two things: blog about their journeys and log their food and drink intakes. Further biometric testing revealed all 10 – plus CEO Nevin Cooley and High Concrete Group President J. Seroky who participated – made significant improvements. The winner, Shawn Wagner, lost 74 pounds (plus made improvements in four risk factors), and gained the $5,000 first prize. Second- and third-place finishers also received cash prizes.

Darryl is also excited about High’s newest healthy-living endeavor: gardening. Garden plots were made available to interested employees. Located within the Greenfield Corporate Center, the plots are tended by 20 employees, one of which is Darryl, who is quick to share pictures of his garden plants that he stores on his cell phone. “I’m from the Philly area and never grew a thing in my life,” he explains. “We had a rep from a seed company come in to get us started and serve as our coach. One thing I’ve learned is that gardening is all about next year: you discover what works and what doesn’t and go from there.”

Exercise is also addressed. The former smoking lounge at the corporate office in Greenfield is now a gym. And, of course, Greenfield is known for its gorgeous landscaping and tranquil ponds, so walking along the paths that wind through the complex is a treat and not a chore. “And, we bought a ping-pong table,” Darryl reports.

Darryl notes that High has been studying healthy-living trends and with mental health issues finally being addressed in the workplace, “That’s on our radar,” he explains, noting that 2015 will offer a challenge that relates to mental health. The company is also an advocate of “squaring off the curve,” a concept which theorizes that by taking small steps toward better health, a person could live a fuller and longer life with minimum decline in later years.
Darryl points out that High couldn’t be offering the programs without support from the top. Indeed, the fourth-quarter newsletters contain articles written by Steve High, Greg High and Nevin Cooley. “It’s not all about containing costs,” says Darryl. “It’s also about helping employees lead healthier and happier lives.” And, High’s employees seem to be on board. A survey conducted among employees revealed that 75% of respondents had a favorable view of the program. “And, that’s up from the previous year,” says Darryl.

High’s success has garnered its share of attention: WGAL, WITF and the Central Penn Business Journal have all profiled High in relation to health strategies. In addition to the Well Workplace Award, High also earned the Fit-Friendly Workplace Award (platinum level) from the American Heart Association. 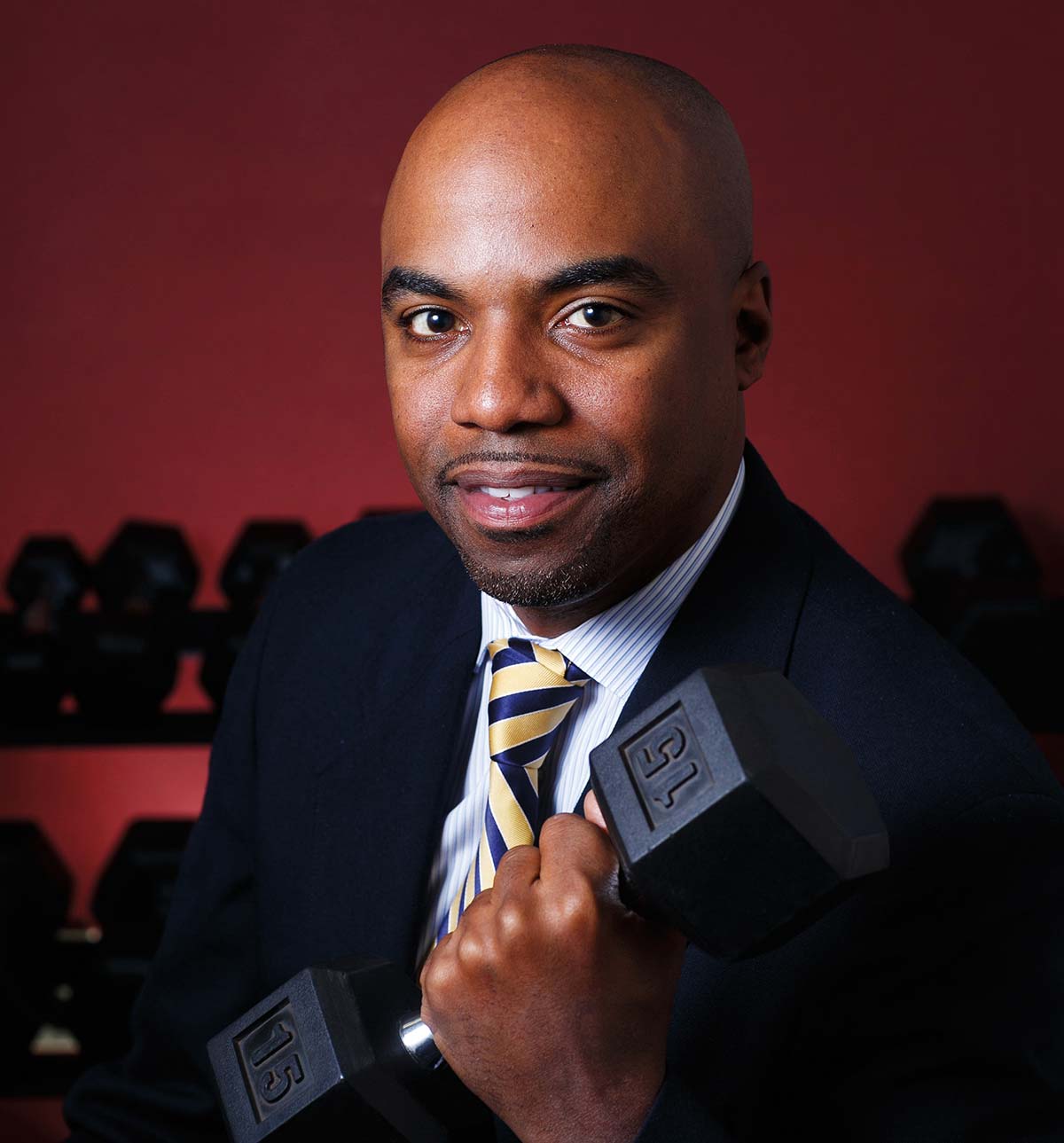 Darryl Gordon, who is the vice president of human resources at The High companies, oversees the company’s Workplace Wellness program, High Health Management.