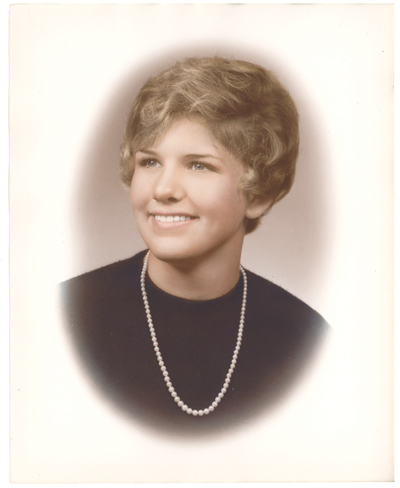 Working on the August “Back-to-School” feature and paying a recent visit to “The Lancastrian” Facebook page made me realize that 50 years ago I was preparing for my senior year of high school.

A visitor to the aforementioned Facebook page asked members if they remembered the names of former Lancaster photographers. A lot of baby boomers offered up Shelley Studio. Located where Tellus360 now stands, the studio captured senior portraits for many of the local high schools.

Unlike today’s rising seniors, whose senior portraits resemble portfolios and include wardrobe and scenery changes that reflect their interests, boys were instructed to wear suits, while the girls were told to wear black sweaters and pearls. It was all over in 15 minutes … to be forever enshrined in our yearbooks.

The various schools we visited for the August issue made me think back to my own school days. My first recollection of school involved my parents fighting over where I would go for elementary school. My mother was Catholic and felt I should attend parochial school. My Southern Baptist father pushed for public school. My mother won that battle. My most vivid memories involved food – I thought it was really neat that if you wanted to receive communion during morning Mass, you could bring breakfast to school to eat afterwards. I ate a lot of Tastykakes and washed them down with milk from my grandfather’s dairy.

As sixth grade approached, I was told I’d be transferring to public school. What brought that on, I still don’t know. It wasn’t fun being the new kid. Fortunately, the “smart girl” in class took me under her wing, and I became accepted. I will always be grateful to her for that kindness.

Junior high allowed us to get to know kids from the other towns in the district. To this day, whenever you meet someone who graduated from my high school, the conversation always begins with “what elementary school did you attend?”

Another junior high memory concerns a girl who was incredibly smart and was among the top in our class. However, because she was from a Plain sect, she had to leave school in eighth grade. I remember a group of girls gathered around her as she waited to board the bus for her final ride home. She was sobbing and kept saying all she wanted to do was go to school. I often wonder what became of her.

Back in the 60s, the school districts were entities of their own. Cornfields, not subdivisions, separated the districts. Students were seldom afforded the opportunity to meet their peers from other schools. So, you can imagine the excitement that swirled through our high school when we were told we would be taking part in an exchange program with the rich-kids’ school. I was selected to be an exchange student. I’ll always remember everyone peering out the windows of the school bus to see if the rumor was true – the student parking lot of the rich kids’ school was filled with Mercedes. We went back to our school to report that we didn’t see one Mercedes, and the kids seemed pretty normal.

I also remember how undiverse my school was. We had one African-American family, and they moved to a neighboring school district my sophomore year. There were no Asians, no Latinos. All we had was a very blonde Swedish foreign-exchange student.

However, one thing has not changed – that universal need to belong. Whenever Amish girls bring racy underwear to the counter at my part-time retail job, I think back to the Plain girls who would rush into the bathroom before school and change into English clothes, apply makeup and let their hair down in order to fit in. And, every afternoon they’d do the reverse in order to conform to the expectations of their parents and church.

Reunions are a funny thing. At fifth-year reunions, conversation centers on jobs and career paths. You pretty much hang with your group of friends. Tenth-year reunions focus on successes – the car you drive, where you live, etc. By the 15th and 20th, you say to heck with the cliques and social pecking order and talk to people you never got to know in high school. You come away having had a really good time.

We did have a 25th reunion that was very nice, but the incessant complaints about the cost of dinner and the fact that there was a cash bar prompted the planning committee to throw in the towel and disband.

I would assume somebody is planning a 50th. It’s difficult to believe that those who attend will be talking about Social Security, joint replacement surgery, retirement communities and grandchildren. I don’t feel a day over 18 – except when I forget where I put the car keys, which is an everyday occurrence!

One more thing. How prepared was I for my freshman year of college? Incredibly prepared. I started at a small private college in North Carolina and finished at one of its state universities. My freshman year was essentially a repeat of my senior year in high school. So, I went to a lot of happy hours and when February rolled around, I began working on my tan. My roommates and I went to the beach every weekend.

Yet, I nearly failed to graduate – through transferring, somehow I came up two hours short. The university allowed me to audit a physical education class, the final exam for which was swimming 20 laps of the pool.

So, my sister and I drove down to North Carolina in early December so that I could take my final exam. The instructor cautioned me to pace myself and take it easy. I kept mum on the fact that eau de chlorine was my favorite perfume. I nodded my head, dove in and whipped through eight laps. He stopped me, told me I passed and said my diploma would arrive in the mail.

Oh, and I did have the opportunity to go back to school. My son attended the same high school as dear old Mom. My initial impression for my first back-to-school night was a la Dorothy in The Wizard of Oz … “I don’t think we’re in Kansas anymore, Toto!” The hallways had names and directional signs! I didn’t recognize anything, and the map didn’t help. I wondered how kids made it from class to class in time. When I finally exited the building, I felt like I had just negotiated a maze!