Who would have ever guessed that Lancaster would be home to a small town that became a trendsetter from the moment it was founded? I’m referring to Ephrata. I’ve heard people speculate that the Ephrata Cloister was the home of America’s first hippies. Or, that 200 years later, Ephrata would become a fashion capital courtesy of Doneckers, as well as a destination for gourmet food — in the 60s — thanks to a restaurant called The Foodergong. Consider the fact that people in Ephrata were drinking spring water — courtesy of Ephrata Diamond and Cloister spring water companies — long before Perrier and Fiji water hit the shelves. In this era of makers, did you know the Cloister’s distinctive frakturs are considered to be America’s first form of folk art? Heck, the Ephrata a cappella sound that is carried on by the Ephrata Cloister Chorus might qualify as America’s first indie music. 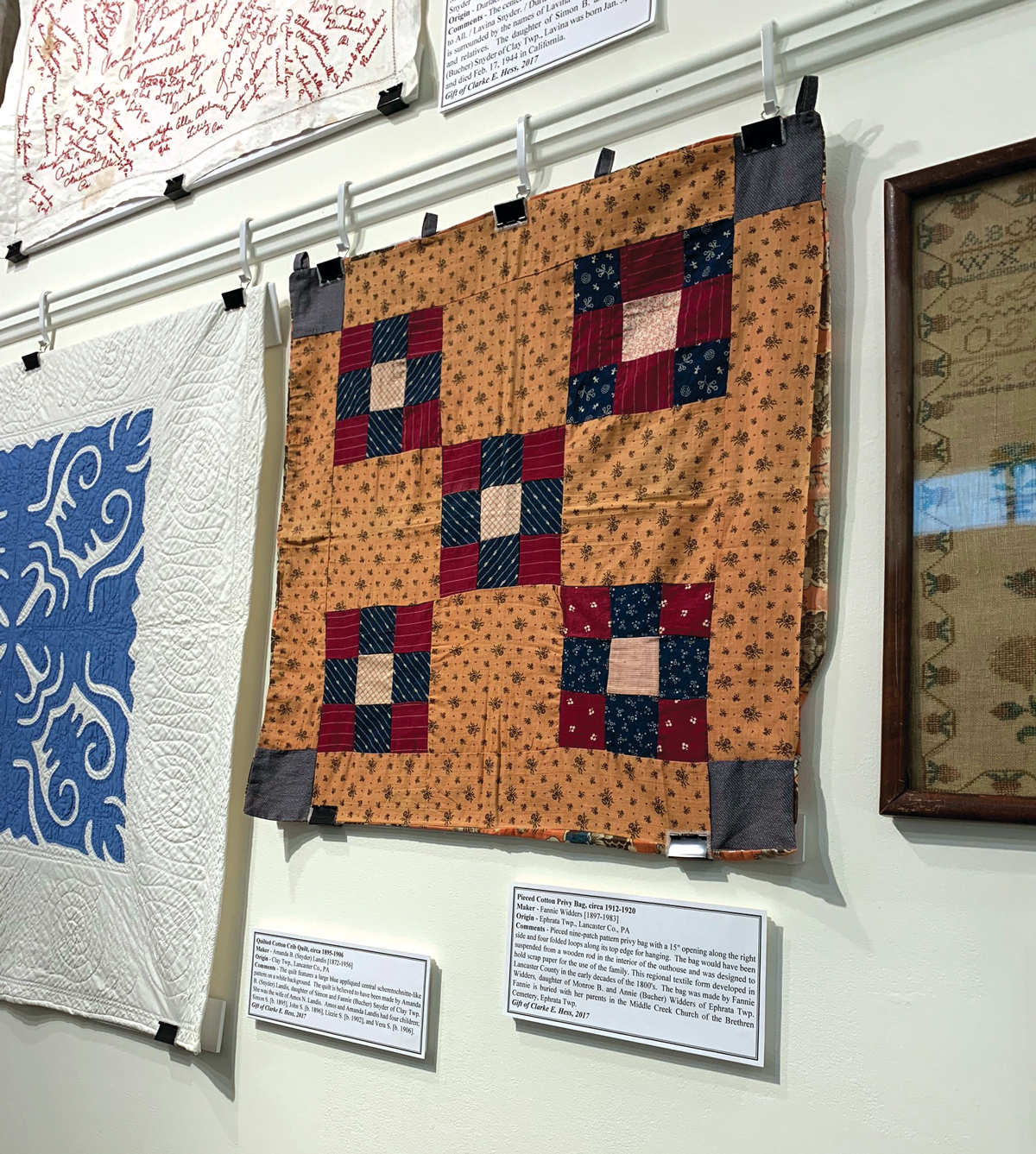 Lancaster’s reputation as an industrial powerhouse also got its start in Ephrata, as the Cloister was home to a state-of-the-art printing press that created copies of the Declaration of Independence for foreign heads of state.
Lifestyles of the rich and famous? The 19th-century version of the Kardashians probably summered at the Mountain Springs Hotel. Lastly, who would have dreamed that some of Broadway’s most avant-garde plays would be performed in Ephrata!

I don’t think I stepped foot in Ephrata until I was 16 and got my driver’s license. One early-summer afternoon, I told my mother I was going to a friend’s house and instead set off for Ephrata. I was in search of a store whose ads I always scoped out in the Sunday News. That place was, of course, Doneckers, where I used all my savings from my job at Good’s Dairy to buy my first two-piece bathing suit.

I loved Doneckers. I still have some sweaters and jewelry from there and when I wear them, I always get compliments. My closet is also home to a favorite skirt and several pairs of suede pants that I just can’t bear to part with. I wore them many sizes ago and have given up the ghost of fitting back into them. Call me crazy, but I just like to look at them. It’s difficult to believe that it’s been 10 years since Doneckers closed.

If you’re a history buff, Ephrata’s storied past is fascinating. I never tire of visiting the Ephrata Cloister. Whenever my sister or I would bring friends from D.C., North Carolina or Virginia to Lancaster, we always took them to the Cloister. The image of people sleeping on benches that were only 15 inches wide and using blocks of wood as pillows always blew their minds.

Knowing I was working on a feature about Ephrata, Lowell Haws, the president of The Historical Society of the Cocalico Valley, treated me to a tour of the society’s museum. It’s such an interesting place! I even discovered something I had never heard of — privy bags (pictured left), which were quilted creations that were used to store scraps of paper. When guests arrived, the bag would be placed in the outhouse — the ultimate sign of hospitality! “We had an entire exhibit dedicated to privy bags a couple of years ago,” Lowell shared. Who knew!

I had to laugh when I read Jordan Bush’s Foodographer copy this month. Whenever I hear “hot dog,” I’m transported back to Christmas 1967. We were supposed to go to a relative’s house for dinner, but my parents and sister were all sick as dogs with the flu. Somehow, I had avoided the scourge. Still, nobody wanted me at their dinner table, except for my boyfriend, who invited me to have Christmas dinner with his family. Holding out hope that my family would rally, I passed on the invitation.

At some point in the afternoon of Christmas Day, my mother appeared in the kitchen and suggested that I make myself a hot dog. She might as well have asked to me to prepare beef bourguignon – the results would be similar. Disaster comes to mind. Despite coming from families of cooks, I was missing the cooking gene.

So, I put the hot dog under the broiler and started leafing through my Seventeen magazine. The smell of the burning hot dog got my attention and caused either my father, mother or sister to bolt for the bathroom. Christmas dinner – one lone burned and shriveled hot dog – was served.

We needed two boys for this month’s cover shot. Fortunately, publisher Jocelyn Engle’s nephews, Simon and Leo Benner, fit the bill (mom and dad are Janelle and Joel Benner). Between photographer Nick Gould’s schedule and Simon’s soccer practices, we managed to schedule a shoot date, as well as a rain date. On the afternoon of May 28, we began following the weather radar. Things did not bode well. Around 5, the skies opened up. Two days later the weather improved, and we were able to get our shots. Black clouds drifted over Ephrata just as Nick clicked his camera one last time. 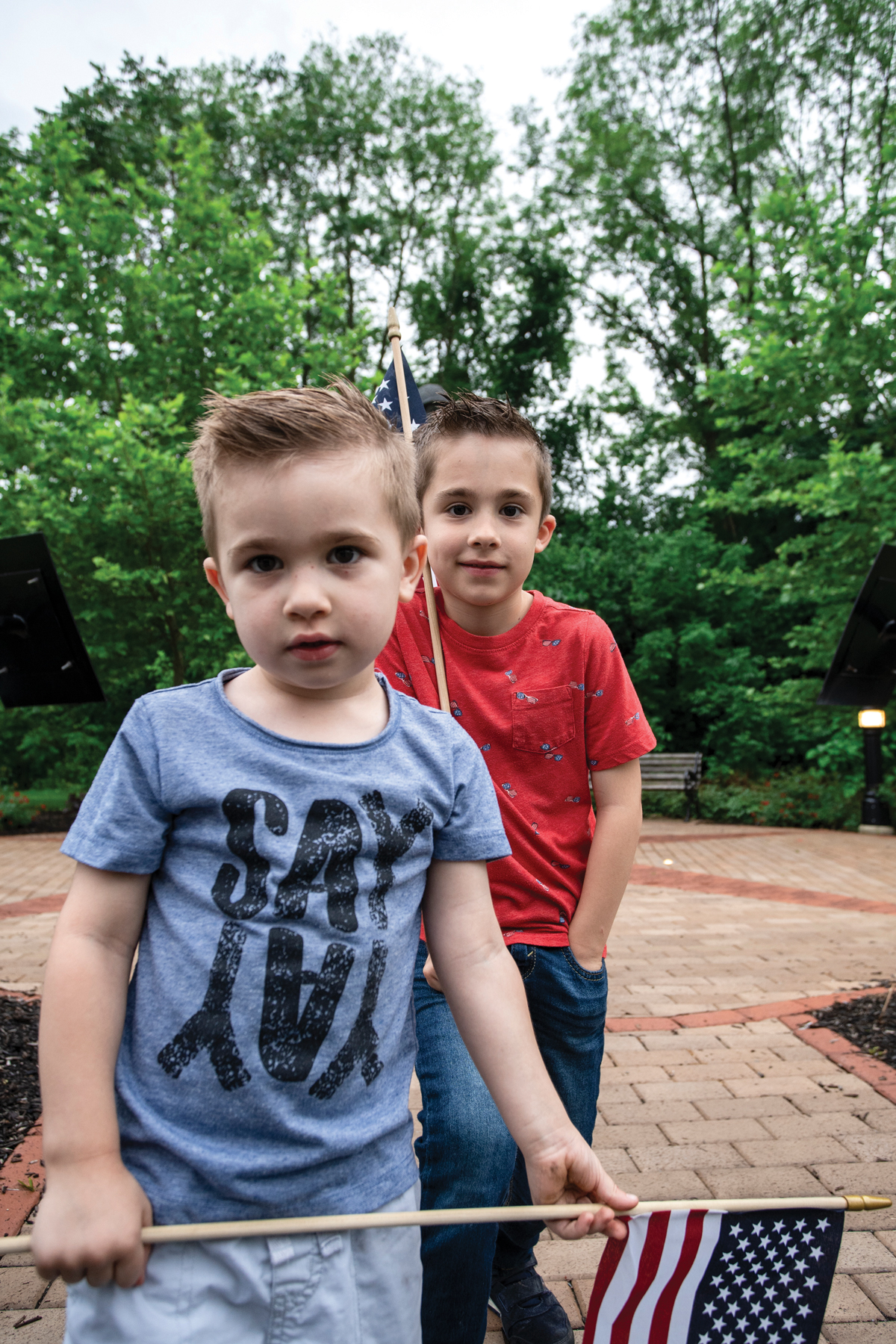 We couldn’t help but notice how many people were using the rail trail that passes by the Winters Memorial. Families were riding bikes, teens were roller blading, couples were walking, and dogs and their owners were out for evening strolls.

To Err is Human

Once again, we sincerely apologize to Copper Hill Public House for the copy errors that were made in the June edition of the Table for Two column. We knew something was up when we began receiving social media posts alerting us to the error. 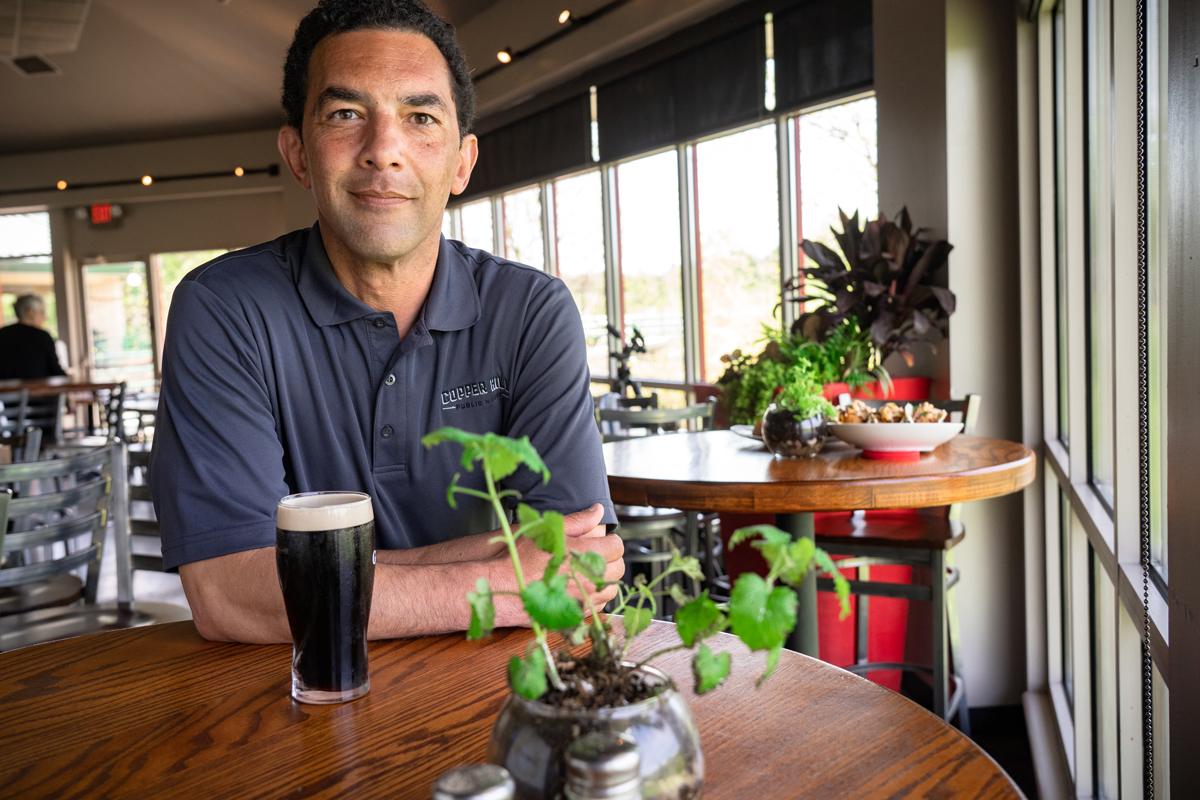 They also made us aware of how dedicated and loyal Copper Hill’s patrons are to the restaurant. One poster said the magazine should be embarrassed by the error, and I assure you, we are. Lesson learned! As the saying goes, to err is human and to forgive is divine. Fortunately, Walt Ali (pictured above) was willing to forgive.