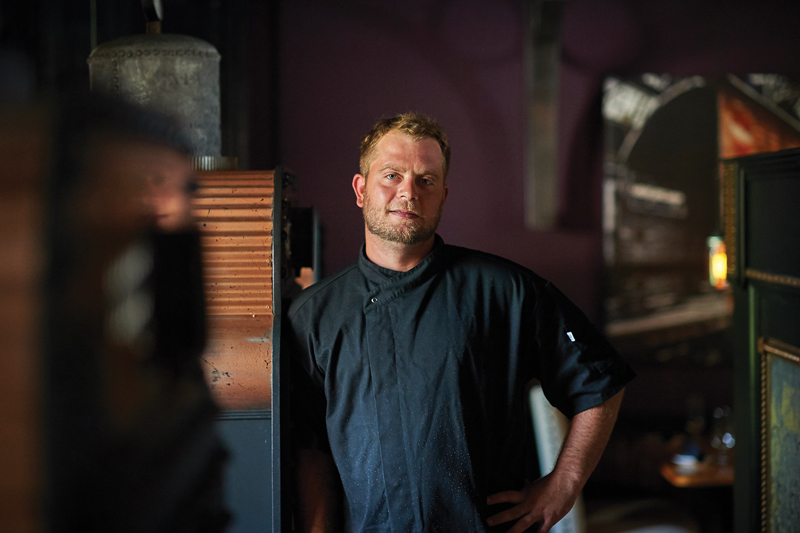 Like many restaurants in Marietta, the Railroad House, which dates to 1823, has seen its fair share of uses. Originally, it did double duty by providing canal workers with lodging and those waiting to catch a train with a “depot.” For a time it was a private residence. Architect John DeVitry purchased it (along with John Westenhoefer) and hand dug the cellar to create space for what would become a 60s-era coffee house and later a disco. A succession of restaurateurs/inn owners operated the Railroad House until 2008, when Eric Farr and Tracy Beam took over the inn. Co-owners Freddy States and Joey Bowden assumed the operation of the restaurant. 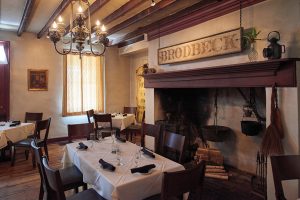 Then, the enterprise came crashing down. Flood waters associated with Tropical Storm Lee (2011) inundated the cellar and first floor. The cellar sustained the worst damage, as the muddy river water impacted every nook and cranny of the space.

But, as with any storm, blue skies eventually return. Such was the case with the Railroad House. Starting almost from scratch (the 60s-era bar somehow survived unscathed), Freddy and Joey (with help from friends and family) created the Perry Street Cellar, whose focus is craft beer and pub fare. Today, the rustic space is also used for monthly beer dinners, Vinyl Wednesday (fans of vinyl albums can bring their collections in to share with others) and, on occasion, private events. Upstairs, upscale fare is served in the two dining rooms – the decor of the main room was inspired by the steampunk look and includes railroad-oriented memorabilia, antiques and art, while the smaller room takes its inspiration from Marietta’s colonial days. 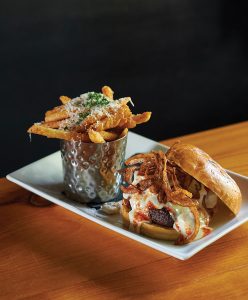 Chef Talon Lewis, who is a graduate of Donegal High School and YTI, oversees the menu. “Growing up, I always enjoyed working in the kitchen,” he recalls. After graduating from Donegal, he set his sights on culinary school. “I like the rush that working in a busy kitchen provides,” he says. He is a proponent of utilizing seasonal and sustainable ingredients and reports that he grows tomatoes, peppers and herbs in a garden behind the restaurant. “I’d like to grow more, but light is an issue back there,” he explains.

Like many restaurants, the Railroad House is experimenting with events that attract new guests. For example, musical entertainment is regularly offered in the cellar, and this summer, yoga classes were held outdoors on the property. In the spring, a fundraising event called Chowderfest benefits animal-welfare organizations. An increased emphasis on weddings is in the planning stages. And, the train depot on the opposite corner of Perry and Front streets begs for a new use. “One of these days…” Freddy muses.

As for Joey, he agrees with Freddy’s assessment that the trail, cuisine and history complement each other. “At the Railroad House, nature, great food and historic architecture merge,” he remarks. Chef Talon adds, “It’s an exciting time to be in Marietta – we’re just out here doing our thing.” 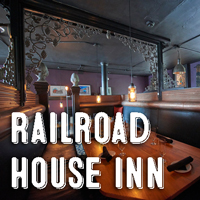