The first German immigrants to Lancaster County settled Conestoga (1709), the fourth such settlement in Pennsylvania. They brought with them hope for religious tolerance, a yearning for a better life and specific, unique tastes for food and drink. As German families began to flood the area, a new demand was created. German-Americans wanted beer!

Soon renowned for its production of beer at the height of the lager era, Lancaster was dubbed “Little Munich” in 1868, following a story that was published by The Daily Intelligencer stating “the lager business has assumed immense proportions in our city. Lancaster in America occupies the same position that Munich does in Germany in regard to this branch of industry.”

In Lancaster County, the first lager-style beer – as opposed to the then predominant English ale – was brewed in 1842. By 1873, the county claimed 14 breweries, which employed 80 workers. More than 40 horses trekked the streets of the city and some small back roads to deliver beer. Breweries of this era produced a staggering – for the day – 775,000 gallons of beer annually. In comparison, the popular craft beer producer Dogfish Head – now at its zenith of popularity – produces 5.4 million gallons of beer in a market with advanced refrigeration, networking and demand. (Not to take anything away from one of my favorite brewers.)

The supposed fate for beer making in Lancaster seemed sealed on November 30, 1918, when all beer making in the county ceased. Federal prohibition ended Lancaster’s run at beer prominence.  Owners were forced to change occupations, and their brewing equipment and buildings fell into disrepair. 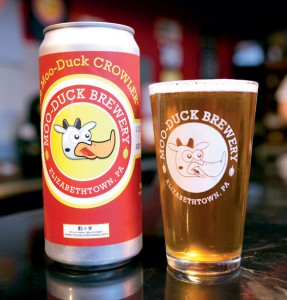 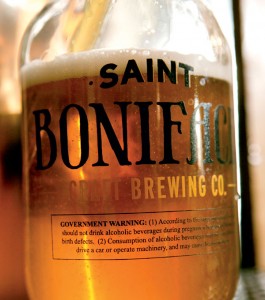 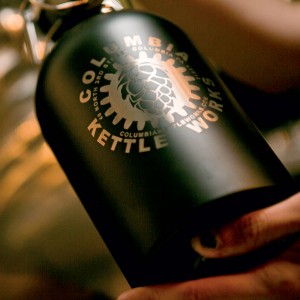 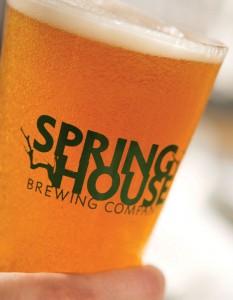 There are plenty more possibilities out there! And, don’t forget that in most cases, the breweries are about more than beer. Most offer outstanding food, other libations (wine, craft sodas, etc.), entertainment on a regular basis and special events.

ABC employs adaptive reuse of buildings when looking to create a brewpub. One of six throughout Central PA, the Lititz location transformed a brick warehouse into a stunning piece of wood-framed art. There are eight flagship brews constantly on hand, which are complemented by a seasonal calendar of beers like porters, hefeweizens, and a set of great fall brews like Rutty Buck Pumpkin Ale and Batch No. 666 Halloween Beer.

Known for its authentic, Southern-style barbecue as much as its beer,  JoBoy’s was founded by Jo and Jeff “Boy” Harless in Manheim. The popularity of the product the Harlesses were putting out led them to look for a bigger location. They purchased the historic Rudy building to create a blues-themed restaurant and brewery.

Greg Kendig, Francisco Ramirez and Gary McVaugh opened Mad Chef in July 2015. Beyond brewing an assembly of traditional styles, the folks at Mad Chef have recently whipped up a sour, a Schwarzbier and even a sugar-free beer. The eatery is also known for its selection of dipping sauces for its Pommes Frites.

Pronounced boob-e, this multifaceted brewery has been a Lancaster County staple for years, hosting events like murder mystery dinners in its catacombs. Visitors simply need to ask to get a tour of the lager-era brewery.

Founded by proud veterans and lifelong friends Nick Cox and Tim Kreider, this E-town microbrewery offers three flagship brews: Liberty Lager, 82nd Amber Ale, and CH-47 IPA. With a focus on the military, Cox donates a portion of money earned from its military branded beers to veterans’ organizations. Other than their tasting room, Cox beers can be found at a handful of clubs around the county.

Funk decided to expand to E-town with its second location because the owners saw an opportunity. The local beer scene is growing. Co-owner Jon “Norm” Norman should know; he lives in E-town. Along with some delicious seasonals, the tap room offers Funk’s flagship brews: Citrus IPA, Efflorescence (a Belgian Saison with hibiscus flowers), Fuego Pale Ale and South Mountain Stout.

Along with her husband Ed, the Queen of Hops – Carol Stoudt – opened Stoudt’s in 1987, long before small breweries were such a hit. (Stoudt’s is the reason why the “old” is in the Old East.) Inspired by traditional German beers, the Stoudts have become a respected force in the brewing industry and hold themselves – and their beers – up to high standards. Stoudt’s offers five flagship brews and a slew of seasonals, reserves and big beers.

The high ceilings of this former hardware store not only lend beauty to this restaurant/brewery, but also allow space for fermenters and mash tuns. Owners Tom and Amy Rupp began brewing in this tiny borough in April 2007. While Tom loves his malt, he had to eventually brew an IPA because of demand. UBW offers a variety of classic brews like kolsch, lager and pilsner, but also excel at darker styles, too.

Black Forest is the result of a dream hatched while Bob Harter was hiking the trails of the Black Forest in southwest Germany. Years later, in 2014, Bob and his wife Denise opened a quaint, uber-friendly brewery on the premises of their 1777 Americana Inn Bed and Breakfast. Black Forest has a constant selection of small batch brews in a range of styles.

The smallest of my designated beer regions of Lancaster County includes only one other beer maker. Formerly known as the River St. Café, Pig Iron opened in 2016. Owned by brewer Bob Helm, Pig Iron usually has three of their own beers on tap alongside standard bar offerings like Miller and Coors. The neighborhood-style saloon also taps other craft brews.

The Lancaster original is back. Bryan Kepner and Michael Spychalski (brewmaster) opened the Little Dutch Taproom above their brewing space inside a former downtown tobacco warehouse in June 2015. Their intent was to revive one of Lancaster’s original brands – Eagle Brewing. Lancaster’s earliest brewery, this historic beer is now the namesake of Joseph Wacker, who purchased Eagle Brewing from the Sprenger family in 1870.

This semi-chain hosts 12 locations throughout three eastern states. Lancaster got its location on College Row in 2007, and it has been a hit with locals and tourists (especially those visiting F&M College) alike.

Although the flagship brews like Iron Hill Light Lager and Pig Iron Porter are brewed at Iron Hill’s main brewing facility, brewmasters at each location create seasonals and special one-offs.

Standout brew: Starry Night Saison (if they ever decide to make it again!)

One of the first to bring brewing back to the county! Who remembers when it was LMB (Lancaster Malt Brewing) and not LBC and beer lovers celebrated the return of brewing to the city? I do; I had just turned 21 and immediately fell in love with the Milk Stout. The destination brewery is a site to behold, with diners able to view the inner workings of the brewing process from the second-floor perch.

Standout brew: Milk Stout, but the Strawberry Wheat is pretty popular, too!

BJ’s is a national chain with locations in 22 states. They have six breweries nationwide and brew their flagship brews primarily in Reno, Nevada, and Temple, Texas. Their Lancaster location opened in June 2016. BJ’s keeps 11 of their beers on tap continually and offers a couple of seasonal selections throughout the year.

Rounding out all things brewing in the county is another one of my favorites. Tucked into a tiny side street, Fetish is a little different, as it’s a member-supported brewery. Every Friday, Mike Simpson, Aaron Risser and Brandon Stetser get together to concoct brews with names like Peppercorn, Bumble and Pilgrim. This beer is more than just catchy names. These guys are putting out some of the best beer in the county. While there is no longer a tasting room at the brewery, Fetish beers for non-members can be found at the beer mecca known as The Fridge. 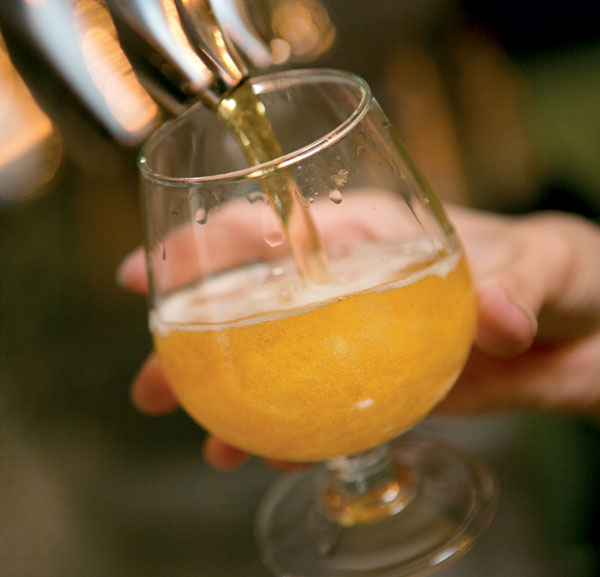