Travel through the Southwest and petroglyphs are readily on view in national parks such as Canyonlands, Arches and Dinosaur, all of which are located in Utah. But, you don’t have to travel across the country to see these mysterious forms of ancient communication. Petroglyphs can be seen in South Central Pennsylvania!

In the early 1600s, the Susquehannock Indians, for whom the Susquehanna River is named, occupied its namesake valley and traded with the arriving Europeans. Even before the Susquehannocks, the valley was home to the Algonquin-speaking Shenks Ferry people, who began fishing the river’s waters and farming along its banks in the 1300s.

These Native Americans may have disappeared from the area 450 years ago, but they left their marks behind in the form of ancient rock carvings known as petroglyphs. The carvings, which take the shape of animals, human figures and symbols, can be found on rocks rising out of the Susquehanna River. Dating back as many as 1,000 years, the petroglyphs serve as a link to an ancient culture. They continue to enchant us and prompt speculation regarding their purpose. Their mystery is made even more intriguing by the rocks’ water-only access.

The Native American petroglyphs carved on islands in the lower Susquehanna River may only be accessed by water. Larger boats can leave from the Pequea Boat Launch (Route 324/River Hill Rd), which is approximately two miles downstream from the islands. Kayakers and canoeists may launch from Conestoga River Park in Safe Harbor and paddle one-half mile downstream to the Susquehanna River. If Safe Harbor Dam is releasing water, boating conditions may become erratic, so caution is needed.

Guided tours of the petroglyphs – via kayaks – are available through Shank’s Mare Outfitters in Wrightsville (shanksmare.com). The tours, which are accompanied by petroglyph expert, Paul Nevin (Society for Pennsylvania Archaeology), are being offered August 22 and September 19. Visit the website for details/reservations.

When you arrive at the islands, be sure to sign the visitors’ log. Please be respectful! Do not walk on the petroglyphs and do not chalk, paint or deface the carvings. Bring a water jug or sponge to highlight the carvings and a camera to take pictures. The best times to view the carvings are near sunrise or sunset when the sun is at a low angle to the rocks’ surfaces.

My journey to learn more about these artifacts begins when my sister and I launch our kayaks at Conestoga River Park, which is located along River Road in Safe Harbor and is home to Lock 6 of the Conestoga Navigational Canal (1825-1872). Much the way the natives would have navigated with their dug-out log canoes, we paddle the slow-flowing waters of the narrow Conestoga River, traveling one-half mile downstream and into the broad channel of the Susquehanna River.

Upriver to our right, the impressive concrete hulk of Safe Harbor Hydroelectric Dam stretches from shore to shore. Straight across the river is York County, and downriver to our left is our destination – numerous rock islands of various shapes and sizes. Historians believe Native Americans used these islands as fishing spots to catch migrating spawning shad that once numbered in the millions.

We paddle to the large gray-domed island that is known as Big Indian Rock. Its southern end offers an escape from the river’s steady current and provides a suitable location to land. We cautiously climb to the top of the smooth down-sloping rock. After signing the visitors’ log, which is stored in a large plastic bag, we start searching for the enigmatic carvings.

Depending on the angle of the sun, visitors could be standing directly in front of a carving and not know it. Therefore, the best times to view the petroglyphs are near sunrise or sunset, when the sun’s slanted rays create shadows along the edges of the carvings. To help reveal the artwork, we pour water from a plastic milk jug we have brought with us. The water splashes along the surface of the rock and fills the shallow engravings.

As if by magic, numerous figures appear, the first being a primitive human stick figure with angled horns coming out of both sides of its head. Other humanlike figures take shape, joining what resembles turkey tracks and a large birdlike figure.

Petroglyphs Abound on the Lower Susquehanna

According to the Pennsylvania Historical and Museum Commission (PHMC), the lower Susquehanna River boasts the highest concentration of petroglyphs in the Northeast. Within a 23-mile stretch running through southern Lancaster County to just below the Mason-Dixon Line, the river is home to what is estimated to be more than 1,000 separate carvings at 10 sites.

When hydroelectric projects were constructed on that portion of the Susquehanna in the 1900s, many petroglyph sites were either submerged or removed for preservation purposes. The Pennsylvania Historical Commission (PHC) salvaged some petroglyphs in the 1930s, before construction of the Safe Harbor Dam flooded some of the sites.

In the area just below Safe Harbor Dam, the largest concentration of petroglyphs in the northeastern United States still survives. Big Indian Rock and Little Indian Rock, the most famous of these sites, were first recorded in 1863 and were further investigated by the PHC in a 1930-31 expedition. In the 1980s, petroglyphs were discovered on several other rocks in the vicinity. In 2002, the Conejohela Chapter 28 of the Society for Pennsylvania Archaeology systematically recorded more than 300 petroglyphs on seven rocks along this stretch of the river.

Today it is believed that petroglyphs were more than prehistoric graffiti. Carving in rock with primitive stone tools required much effort; therefore, it is believed these symbols served a purpose. Most likely, the locations of the carvings were significant – perhaps sacred – places where people may have come to communicate with the supernatural. It is assumed that some of the petroglyphs conveyed information such as the marking of tribal boundaries and hunting grounds, or served as a description of the people who lived there or were passing through. The prominence of the petroglyphs on Big Indian Rock supports the theory that they may have been used as a boundary marker.

Other symbols may have related to hunting or fishing. Still others may have been used to solve family or tribal problems. They could have even served as “teaching rocks,” a sort of ancient religious class where young people learned about their culture and the world around them.

It is thought that the petroglyphs at Safe Harbor may have had astronomical significance: Six of the seven carved snake symbols point to the sunrise or sunset positions for the equinoxes and the solstices, and perhaps served as a way of calculating days. Historians believe carved groups of dots on the rocks may denote constellations or a solar eclipse.

Awed by what we have found, we slip back into our kayaks and paddle upstream to a smaller island that reveals more petroglyphs. This is Little Indian Rock, the site of one of the largest concentrations of petroglyphs in the state. Some of the carvings are close to the water, and I am able to use my paddle to splash water on them. Engraved images of walking birds and four-legged animals begin to materialize.

We land and carefully make our way to the northern edge of the sun-drenched rock. Alongside a variety of carvings that include bird, bear, deer and elk tracks, human footprints, and animal, thunderbird and human figures, we spy the graceful, curving form of the god-like Manitou spirit. The enlarged hands and feet on the human-figure carvings provide a cartoonlike appearance.

Parallel wavy lines close to the edge of the rock catch our interest. Do they represent snakes or possibly the river, or are they perhaps directional markers pointing to the position of sunrise on the equinox? A carving of another curvy serpent aligns itself with the location of sunset on the summer solstice and sunrise on the winter solstice.

It is amazing to look at something carved so long ago; we try to imagine what the “artists” were thinking. These carvings appear to be deliberate and must have had significant meaning, but what is that purpose? Did the carvings serve as art, maps, or possibly calendars? Do they have religious significance, or are they a combination of all these theories?

For generations the petroglyphs have remained a mystery, but the adventure and intrigue of discovering them will continue to serve as a long-lasting memory for all who make the trek to see them.

—Bart Stump lives in York Township and enjoys kayaking and exploring with his family.

If you want to see petroglyphs but don’t want to make the trek by water to the lower Susquehanna River islands, then plan to visit several museums in South Central Pennsylvania that feature casts or actual petroglyphs.

State Museum of Pennsylvania, Harrisburg, statemuseumpa.org. The museum is home to petroglyphs that were rescued from Walnut Island and Cresswell Rock before the dam at Safe Harbor was constructed. Casts of petroglyphs can also be seen.

Indian Steps Museum, Airville, York County, indiansteps.org. Small plaster models of Little Indian Rock and Cresswell Rock, which were made as part of the Pennsylvania Historical Commission’s 1930-31 expedition, are on view. 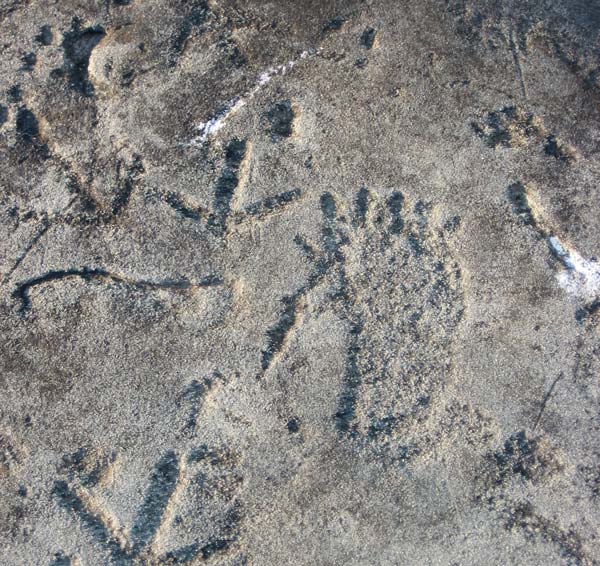