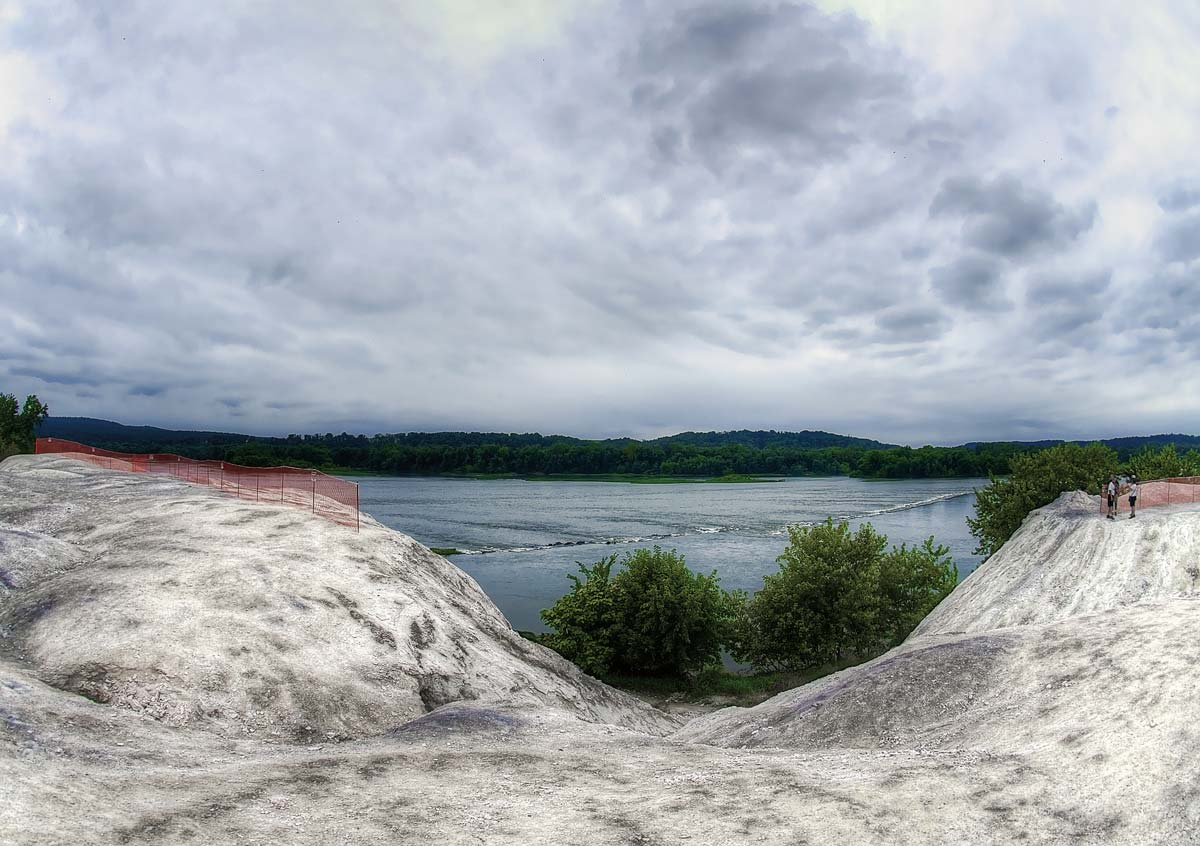 Now that it’s May, I am gearing up for summer! Hiking and camping are right around the corner. With that said, I’d like to introduce you to one of the most unique sights you’ll see in Lancaster County: The White Cliffs of Conoy.

First, a little history lesson. In 1846 John Haldeman opened a limestone quarry business, which was taken over by John E. Baker and George Billmyer in 1895. In addition to limestone, dolomite rock was also plentiful. The limestone was used in agricultural applications, while the dolemite aided in the removal of impurities from metal produced by local foundries and in the repair of iron furnaces during World War I. The cliffs are composed of the by­product from years of operations at the quarry. How long they’ve existed is anyone’s guess. Conoy Township had the substances tested and found they do not pose any hazards. The quarry, which is currently owned by the Bainbridge Sportsman Club, is used for scuba diving practice.

We took a trip to the cliffs last September and had a great time. To get there, head north on Route 441 to Bainbridge where you can park at the American Legion’s Koser Park, which is located at the foot of Race Street. From there it’s a short mile-and-a-half hike to the cliffs. The path is nicely paved and fairly level. Perfect for strollers, walking or bicycles.
Once you’ve taken in the view from the cliffs, the trail goes on for another mile or so until you reach the Shocks Mill Bridge. The long-term goal is to connect the Conoy Township section of trail to the East Donegal section of the Northwest Lancaster County River Trail. Once complete, the trail, which starts in Columbia, will be 14 miles long.

In addition to the White Cliffs and the Shocks Mill Bridge, there are plenty of other sights along the trail, including remnants of a ghost town that was named Billmyer and at one time had more than 1,000 residents; a foot bridge over the Conoy Creek, and of course, the Susquehanna River.

As always, be sure to follow me at amishroadshow.com. We’re planning a photowalk to the cliffs this summer and would love to have you come along for the adventure!