Happy Halloween! It’s that time of the year when we thrive on scary stories and the idea of paranormal existence.

Those who go looking for the Seven Gates of Hell across the river in Hellam Township – described as a modern urban legend passed on through the decades by imaginative teens – may find themselves on the wrong side of a different kind of iron enclosure at a local lockup. The fabled entrance to the underworld is located on private property and even by the time I was an adventurous teen wandering the woods, stoking my inner fears in search of mystical gates that only reveal themselves at night, nearby neighbors had had enough, and the police department was on high alert. However intrusive snooping around private property may be, the story of the mad doctor who created a path to Hell (or the burned mental asylum, depending on which account you adhere) is irresistibly enticing to many. However, the story of the Seven Gates is not the only tale of the macabre in this part of the land. 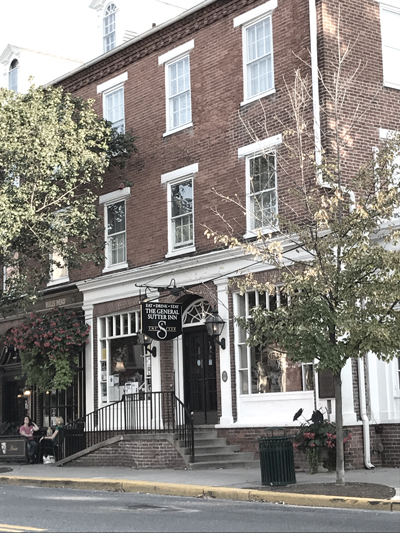 Having spent a fair share of time in the town of Lititz, I eventually heard the tale of the chaotic happenings in The General Sutter Inn. The circa-1764 hotel is home to quite a few stories, and several years ago I asked the staff what they knew about ghosts roaming the halls.

“I know we have a lot of little children that are running around,” said the daytime manager. “All we know is that they’re not here to hurt us and that they are friendly.”

In scenes not far from the eerie twins in Stephen King’s The Shining, visitors have reported catching glimpses of sprite-like children darting into rooms. The pitter-patter of distant footsteps could be heard in empty hallways. Ten years ago, Kelly Weaver, co-founder of the Spirit Society of Pennsylvania, even caught the spirits on tape. Having made a previous visit to the hotel – which aroused her curiosity – she returned with her husband, her dog and her paranormal detection devices to prove the existence of otherworldly visitors.

While she was downstairs having breakfast with her husband, Kelly let a recorder run in her room. When she returned to the room, her otherwise passive pooch was cowering in the corner. When she listened to her recorder, even she was frightened. The recording captured the sound of her dog growling in the supposedly empty room. Eerily, the vicious throttles of the canine mixed with the laughter of a little girl.

But, this is only a taste of things sometimes amiss in the hotel. When you visit The General Sutter, ask any longtime employee about what happens when you move the portrait of the General now hanging above the fireplace in the sitting area. I can almost guarantee the employee will not touch it. 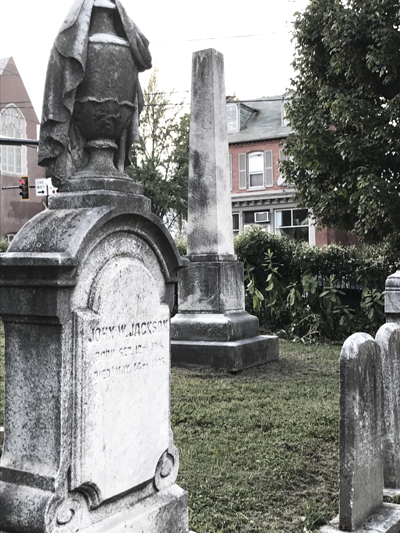 Eileen Reeser is responsible for providing chilling tales to locals and visitors of Lancaster City through Ghost Tours of Lancaster, PA. Her company runs tours primarily on weekends starting at Penn Square. A leisurely, evening walk through parts of the city leads guests through graveyards and historic sites.

“People love hearing a ghost story, but they also love history,” says Eileen. “That is what makes a good ghost story, the combination of the two.”

She started telling ghost stories for the public after she learned her home in Berks County was haunted; their popularity led her to expand by setting up ghost tours in Cape May, New Jersey, Strasburg and Lancaster City.

For background, Eileen researches old newspaper stories, reads firsthand accounts of strange happenings, and listens to the dark tales of the past. In Lancaster, the tour most certainly visits what was once called Fulton Hall, built upon the blood-soaked soil of Prince Street. 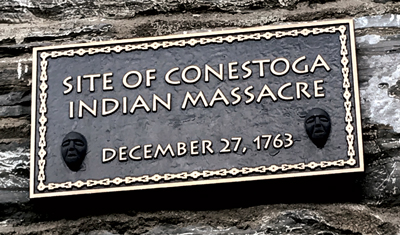 As much as Lancaster City has prospered and grown into a hub of philanthropy, artistic exposure and cultural diversity, there have indeed been dark days. Probably the darkest of those days was December 27, 1763.

Riding a torrent of fear sparked by rumors of a Native American uprising, a group of men – infamously labeled the “Paxton Boys” – from Harrisburg descended upon the county. Raging, the men attacked and destroyed a Conestoga village brutally killing six, “one cut to pieces in his bed,” wrote Ben Franklin in an account of the events. The survivors made their way into the protection of Lancaster City authorities, who were eventually overwhelmed by the Paxton Boys. The gang removed the remaining Conestogas from their safe place, a workhouse near where the Fulton Theatre stands today. In the street, 14 Conestoga men, women and children were “inhumanly murdered! – in cold Blood!” wrote Franklin.

Some say this real-life tale of horror accounts for mysterious happenings around Prince Street and in the theatre. Many an actor has reported feeling the unseen presence of someone.

While Lancaster County may have a few good ghost stories to tell, nothing can top the amount of tales emerging from the most horrific battle on U.S. soil: Gettysburg. To do my due diligence for this column, I visited with Mark Nesbitt, the preeminent sage of all things spooky in the historic town. The author of more than a dozen books in the Ghosts of Gettysburg series, Mark has seen his fair share of otherworldly phenomena. He’s had his shirt tugged in the darkness when nobody else is around. He’s heard voices he cannot explain. 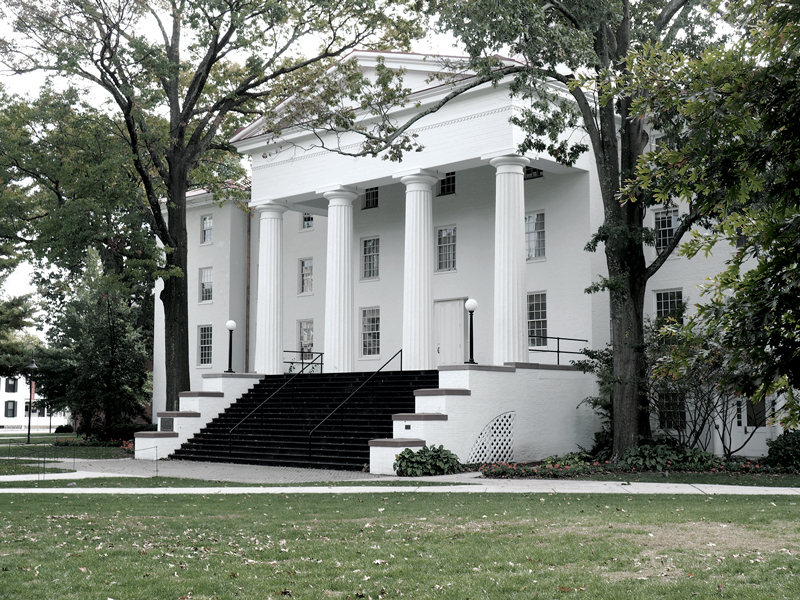 With the number of casualties during the battle – more than 50,000 – almost every large building in the area was turned into a makeshift hospital. Gettysburg College’s Pennsylvania Hall (a.k.a. the “Old Dorm”) housed over 700 patients, most of whom perished. In his first book, Mark tells the story of two coworkers who took an errant elevator ride down to the building’s basement. As the doors opened, the scene of an active medical room unveiled itself. Doctors readied to remove limbs. The wounded cried out for help.

The experience is one of several Mark has verified through second and third accounts of eerily similar happenings at the same location. Years later in the Old Dorm, an accountant took the ride down to the spirit-filled scene – which normally is only used as storage – and relayed a vision almost identical to the one of the coworkers many years before.

If you are going to go out in search of haunts through Gettysburg this month, I’d suggest that you book a spot through Mark’s company, Ghosts of Gettysburg, which offers candlelight tours of the downtown area (for more information, visit ghostsofgettysburg.com). Mark also recommends visiting Sachs Bridge, which saw a lot of use during the Civil War battle.

Closer to home, or rather at home, curl up with an easy read – Ghost Stories of Lancaster, PA by Tim Reeser – which tells 12 local tales, including more about the spirits living in Fulton Theatre. I found a copy of the 128-page book at the Eastern Lancaster County Library.

Or, go for a drive through Strasburg and search for the “green-faced ghost” (but, beware of Sides Mill Road and “Hell’s Tunnel”). Just don’t go bother the folks over in Hellam; they’ve had enough! 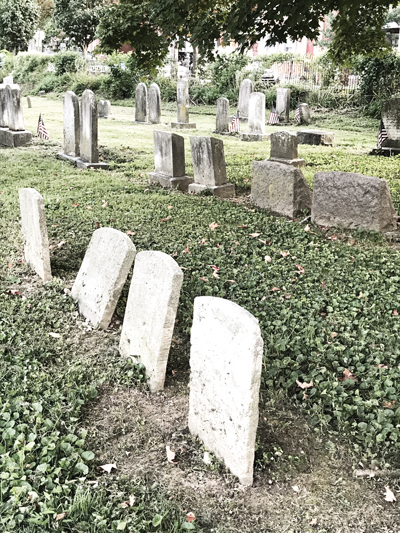