Thoroughly enjoying the first six months of her pregnancy, Katie Petermann Brunner could hardly wait to celebrate her daughter-to-be with a leopard-print and Lilly Pulitzer-themed baby shower. But, as we all know, parties, weddings and other social events have fallen prey to the coronavirus. 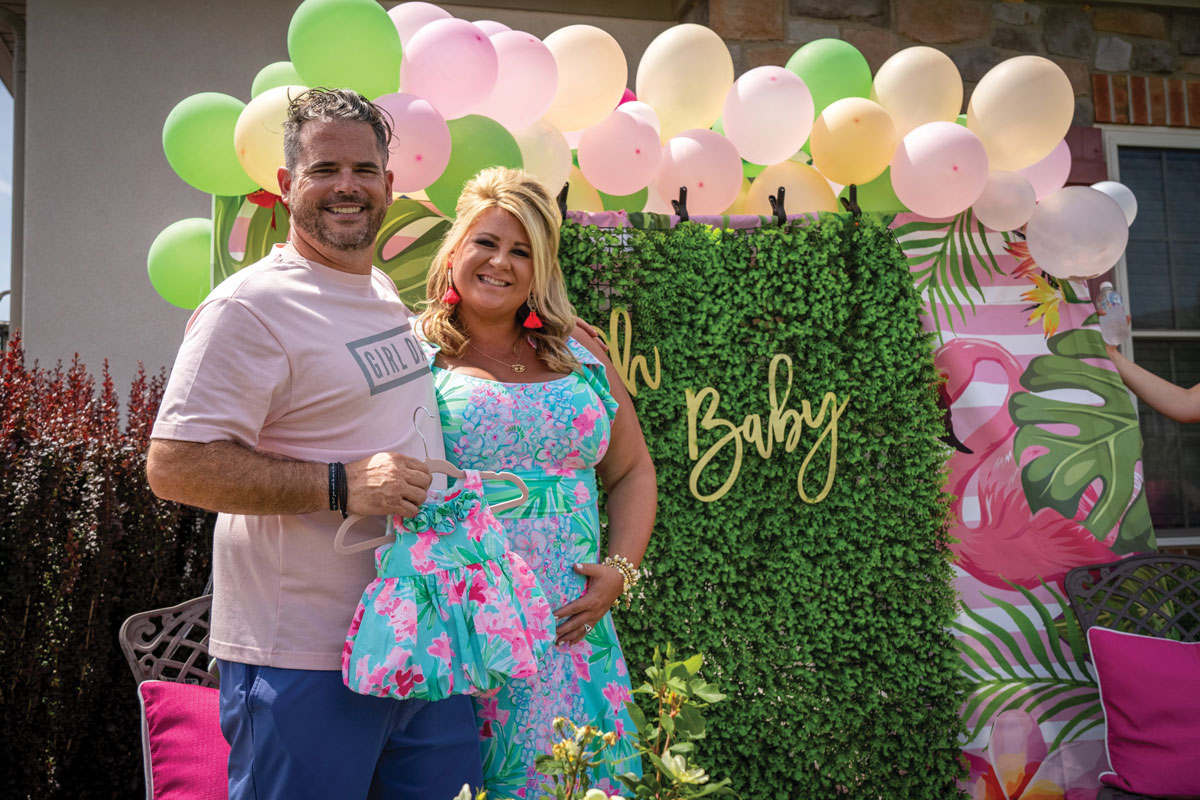 Baby Vivian will have a Lilly Pulitzer dress to match her mom’s, as shown by Ashley (who appropriately wore a pink Girl Dad T-shirt) and Katie in front of a photo-ready backdrop of balloons and greenery.

Determined to celebrate life’s special moments, people have been resorting to alternative formats such as Zoom parties and drive-by parades in order to shower brides and moms-to-be with gifts that convey their love and best wishes.

Stuck in the weeks of isolating during the pandemic, Katie had abandoned all hopes of throwing a baby bash. Her friends, however, simply refused to accept a cancelled party. It was time for an intervention! More than a dozen of Katie’s BFFs sprang into action and created the “Viv Squad” through which the party-planning tasks were divvied up among team members from as far away as Las Vegas and Connecticut. They envisioned a drive-by shower, with Katie perched on a balloon-arched “throne,” as guests waved and gifted the mother-to-be from their cars. 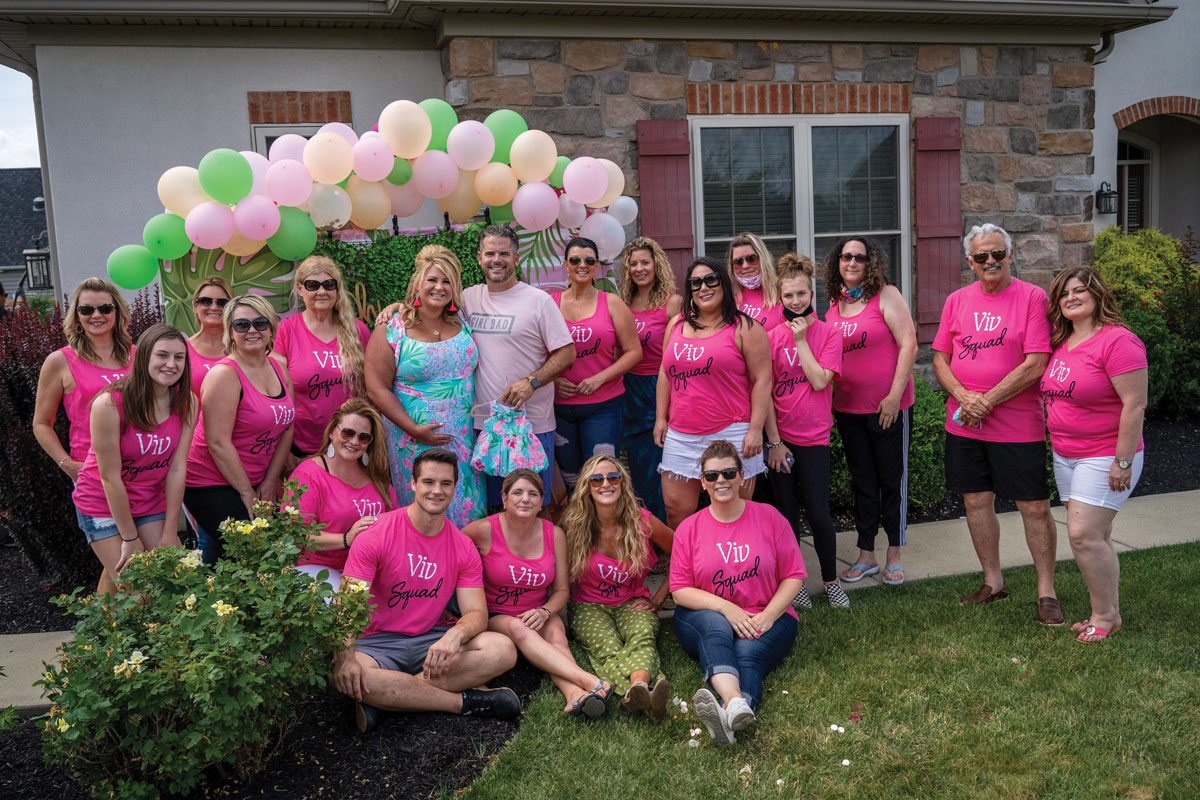 The Viv Squad – 18 strong – took over the party planning, from menu and outdoor décor to setup and teardown.

With their mission accomplished, the squad was joined by family and friends on a day in June to surround Katie with love and support. The baby-shower goddess had smiled down on them – the day before the drive-by celebration, Lancaster County had been declared “green,” allowing the shower to become a real party. (Well, as we now party these days – with masks, plenty of social distancing and sanitizer.) 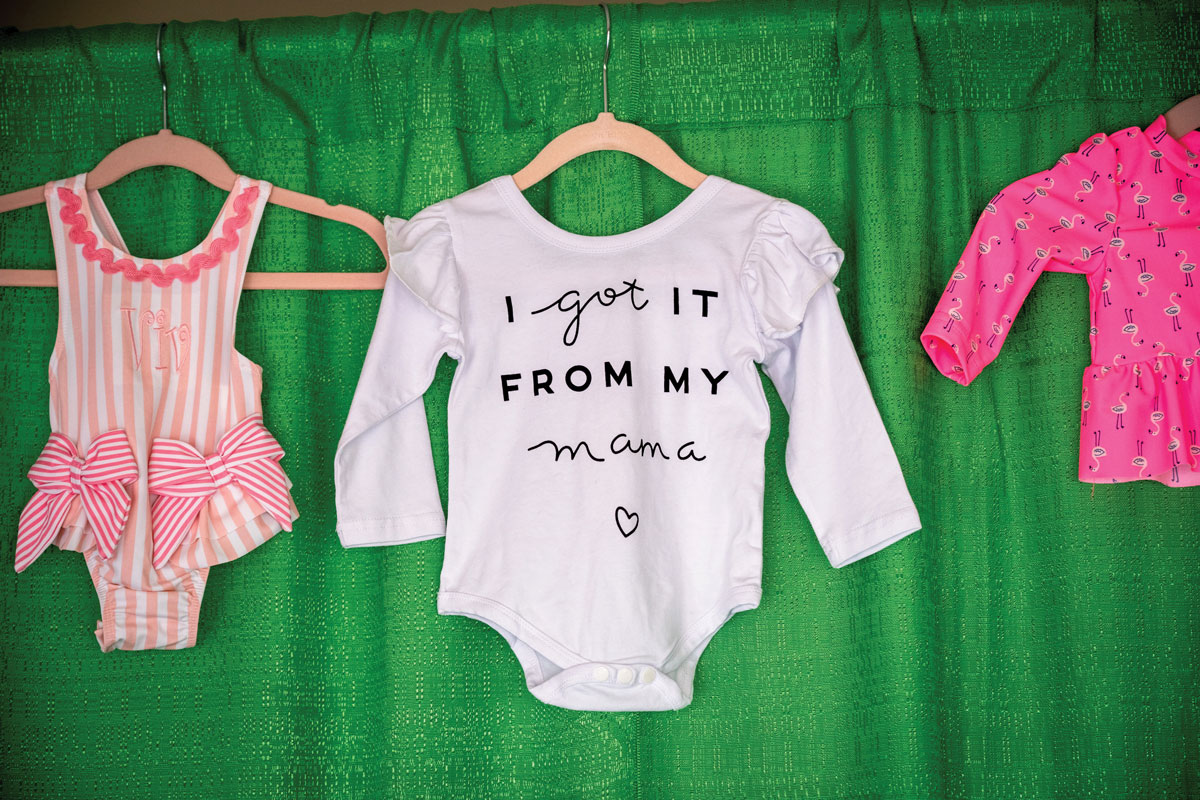 Baby Vivian will undoubtedly be a fashionista-in-the-making thanks to the adorable clothing she received at the shower.

Katie and her husband, R. Ashley Brunner, are over-the-moon excited about their status as parents-to-be. “Ashley named our daughter Vivian, which means ‘alive,’” says Katie. “And, Ashley has been totally involved in making the preparations for her arrival. He loves to shop!” The dad of three sons is now immersed in Katie’s signature style of Lilly Pulitzer, leopard print and all things pink. 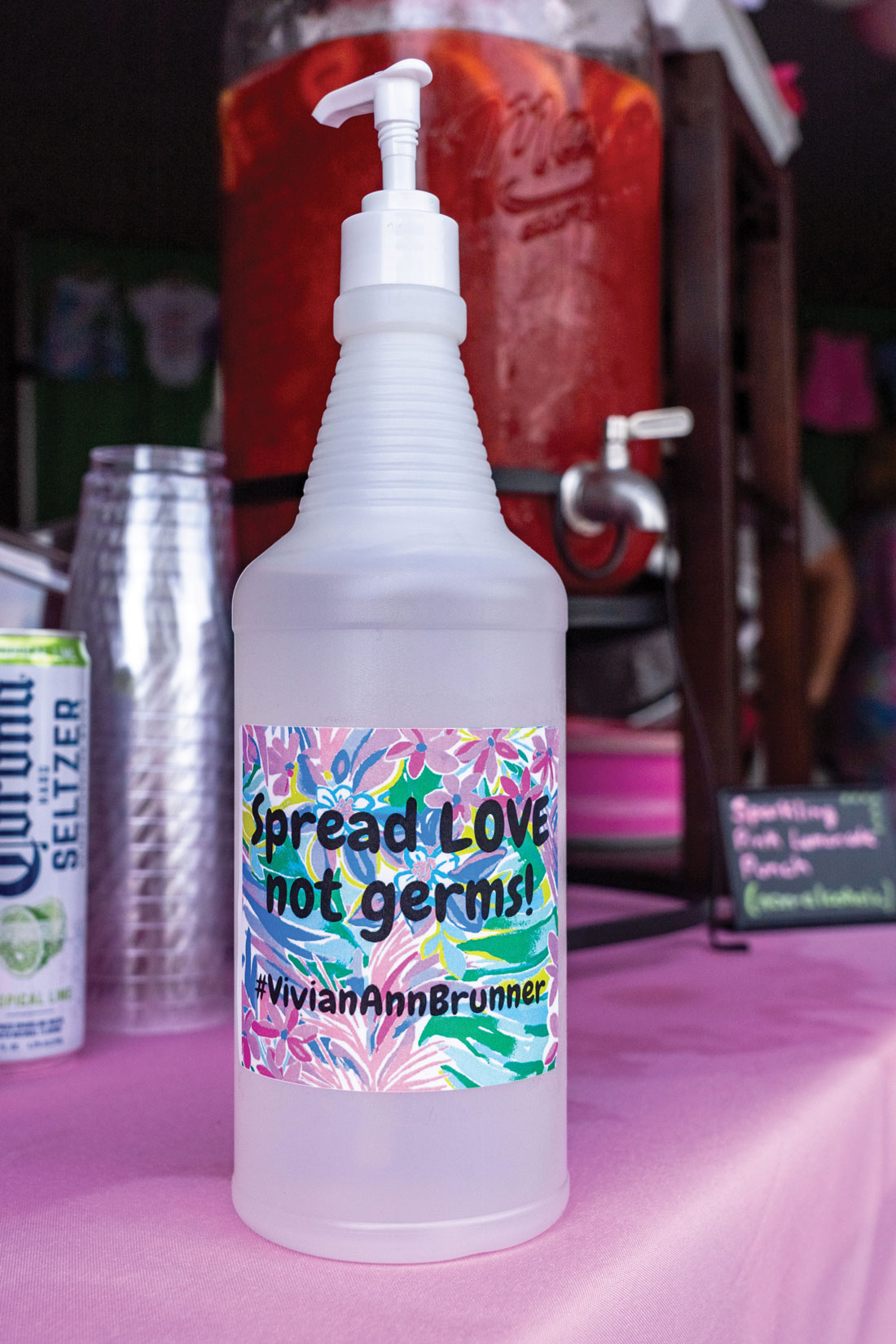 Hand sanitizer has become a necessary party favor in the age of COVID-19.

Katie, a senior account executive for WPMT-Fox43, has collected friends over the years from as far back as second grade, when she was newly transplanted to Millersville from Germany. Ashley, a Lancaster County real estate agent, first met Katie at a local mall 18 years ago. When they reconnected, it was a whirlwind romance. 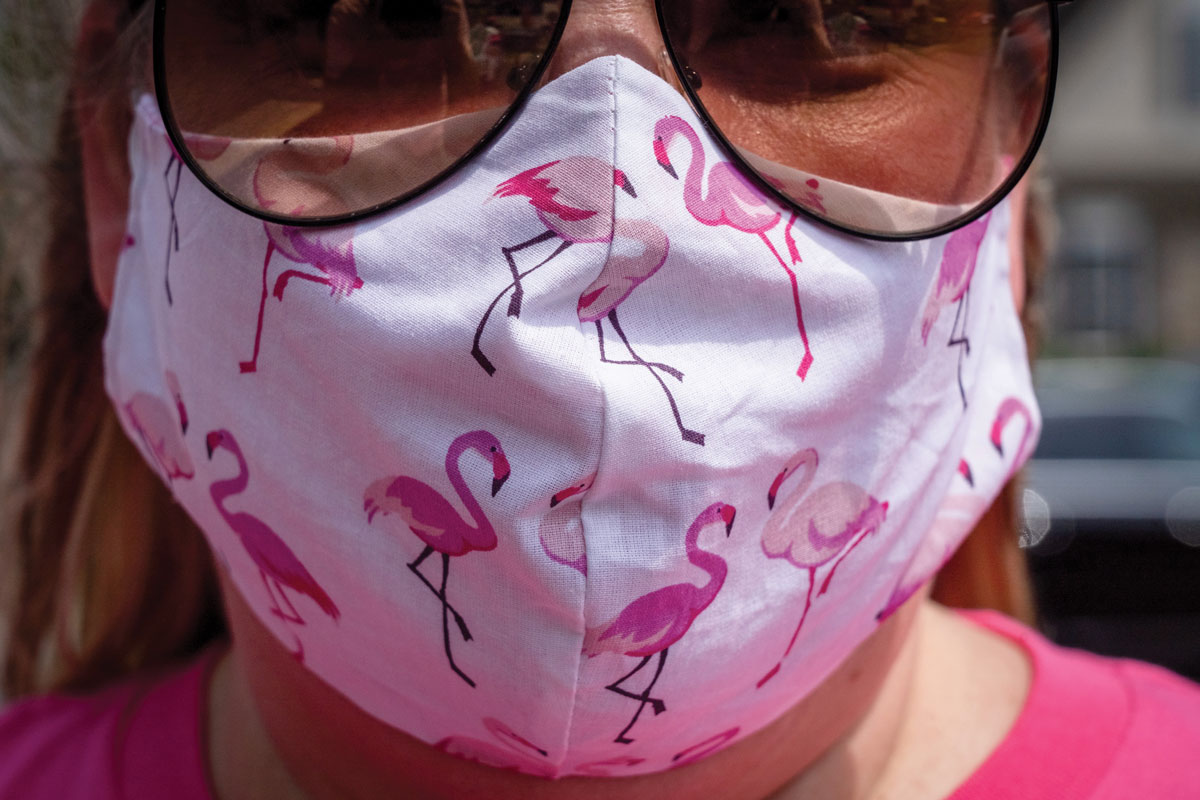 Pink flamingos ruled the day, including a guest’s face mask.

Fittingly, their baby shower had a few wind gusts that had the Viv Squad retrieving scattered décor items and gifts. “That’s just Vivian already messing with us,” Katie said. “She’s going to be a firecracker!” 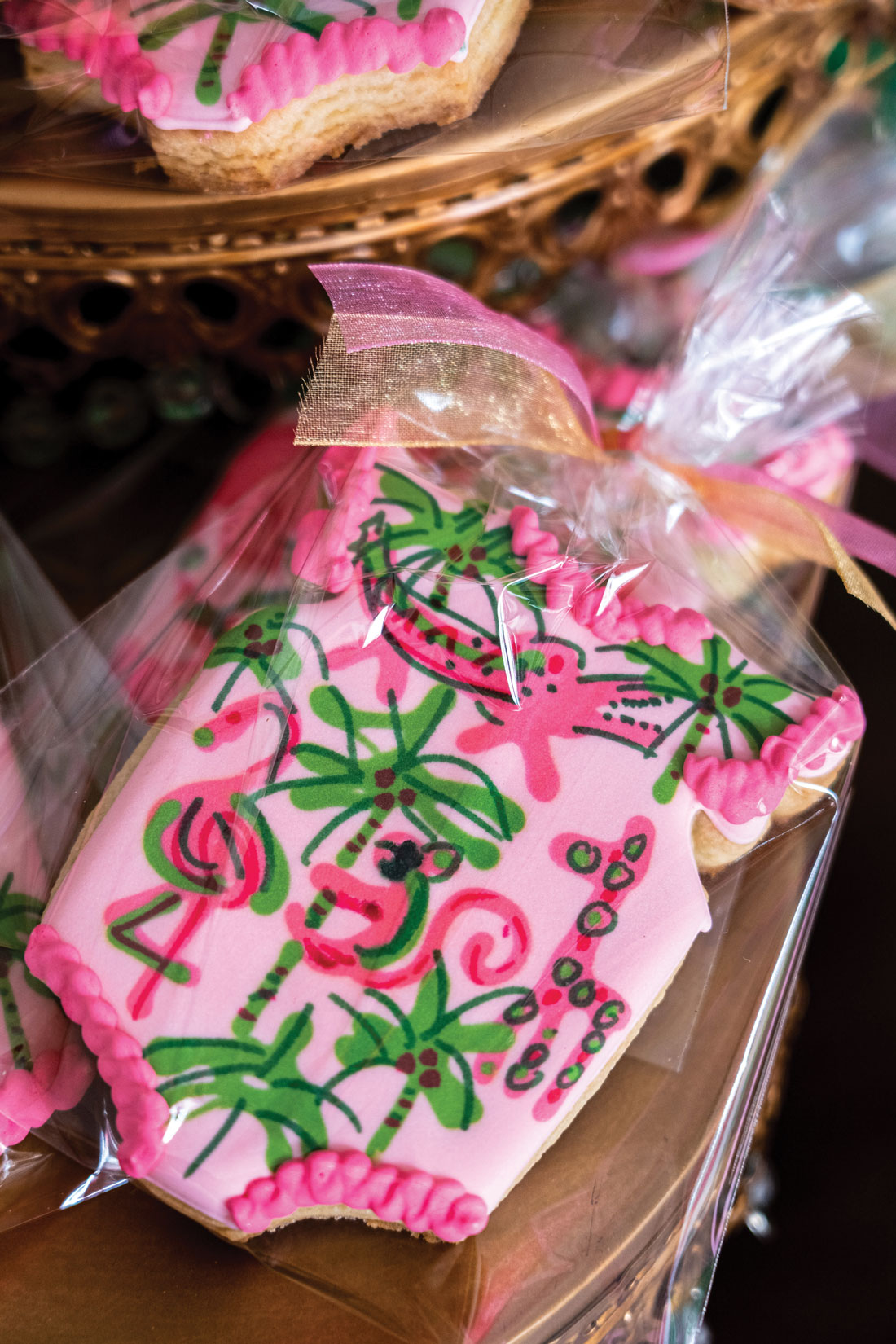 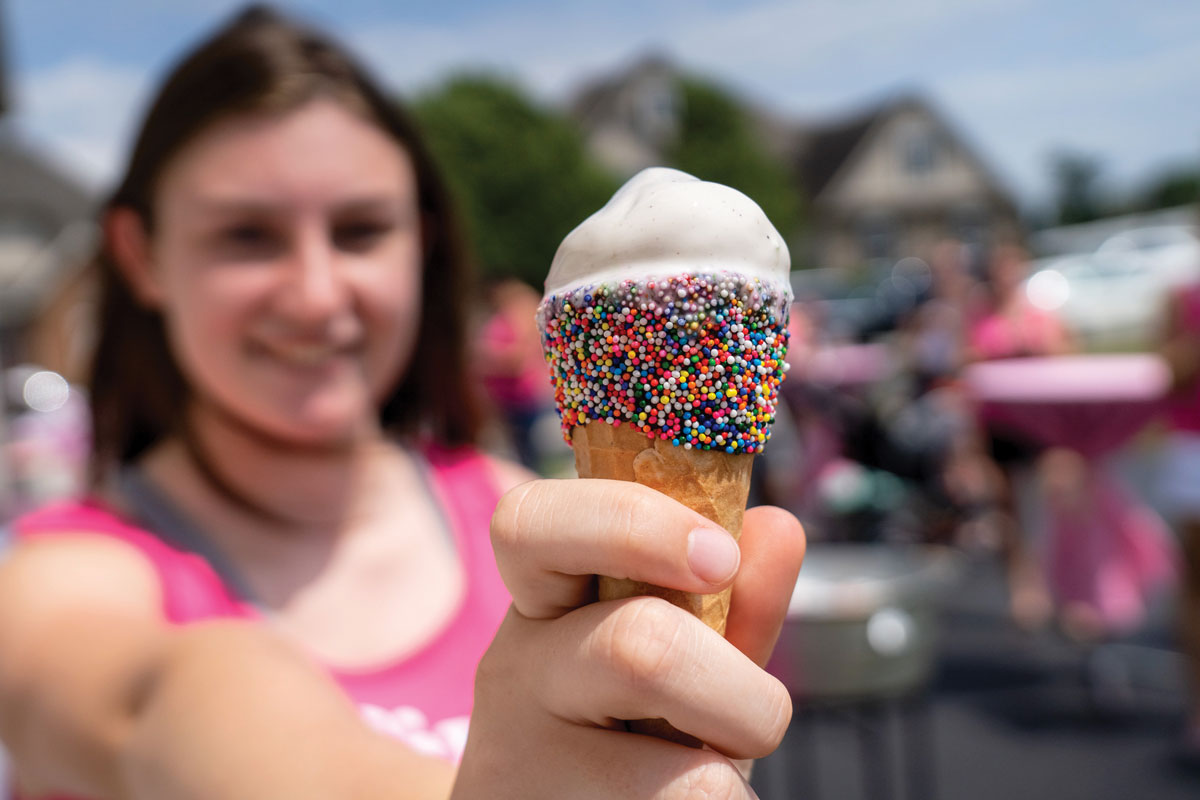 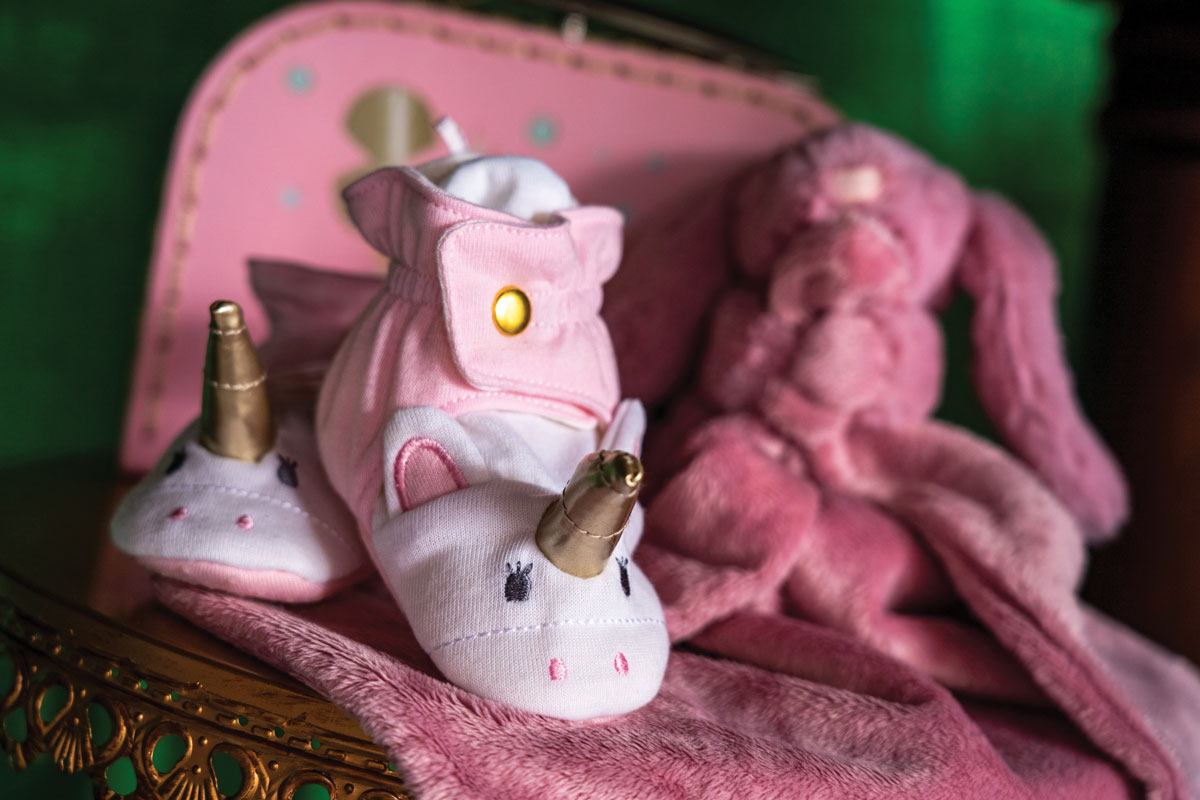 Other pink-themed gifts included unicorn booties and a bunny. 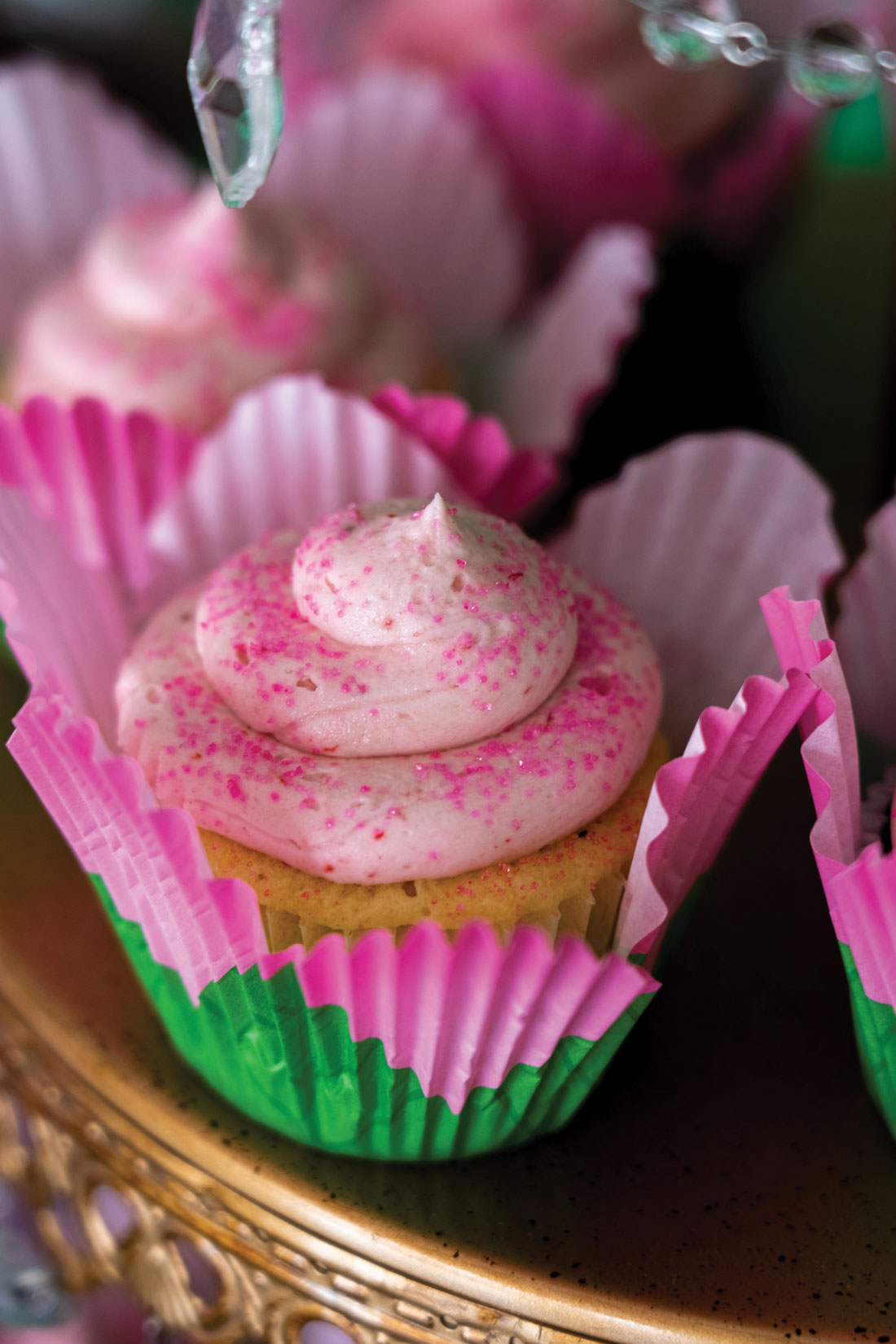