The Cambridge Dictionary defines the British term “tied house” as a “pub that is owned by a particular beer company and only sells that company’s products.” In Lititz, as defined by St. Boniface Craft Brewing, Tied House – the Lancaster County brewery’s newest endeavor – is much more. A convocation of creative minds has come together to raise the standards of what defines a local brewery. 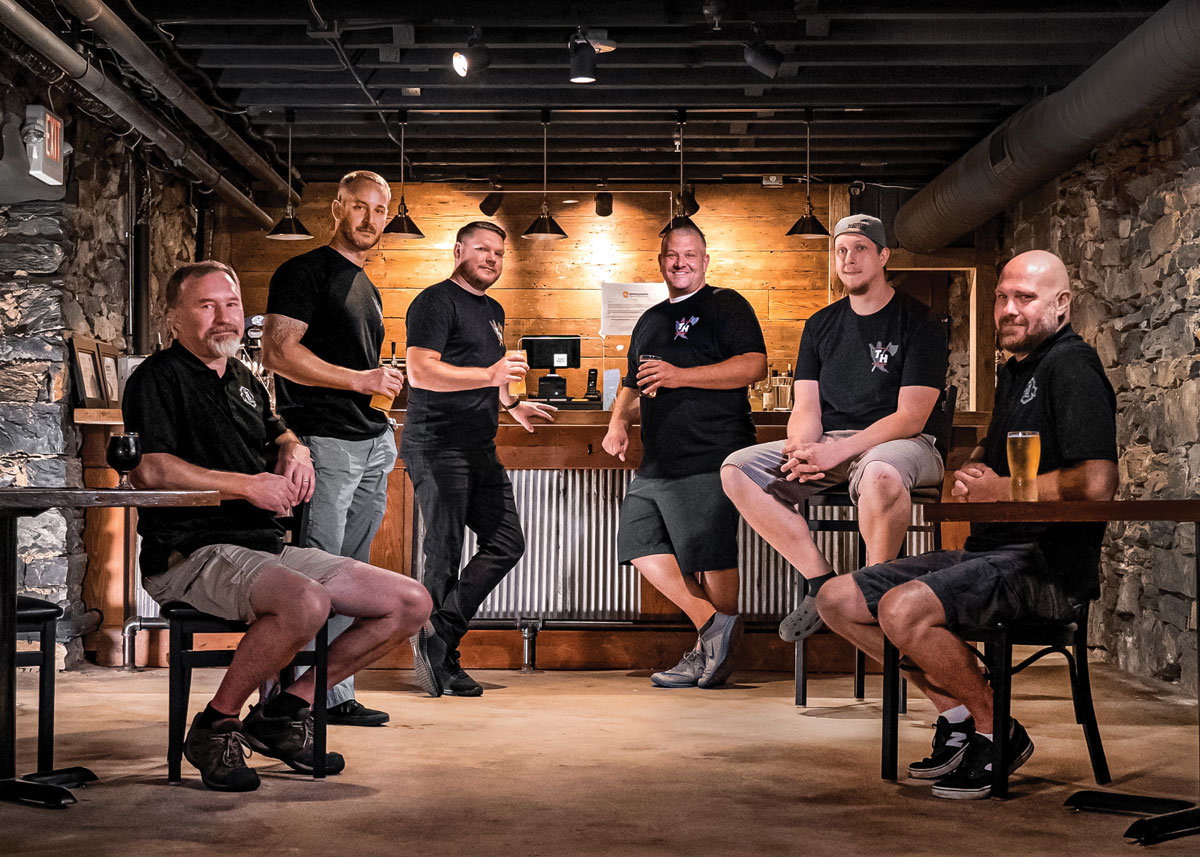 The genesis of St. Boniface began with Mike Price and Jon Northup in downtown Ephrata in 2011. The tiny microbrewery quickly gained a devoted following. Outgrowing their first home in the former Artworks at Doneckers complex, the brewers took a lease on a building in nearby Lincoln and gained a partner, Dain Shirey.

“We never had plans for anything,” jokes Northup, with a bit of seriousness. “We weren’t even sure we were going to be able to sell beer at first. We had zero expectations.”

The St. Boniface goal always focused on being a production brewery with a solid regional distribution. Yet, the ever-evolving state of American brewing and its rapid growth have helped shift the Boniface focus. Now, the Ephrata taproom and Tied House reign in importance over making sure cans of St. Boniface Libation Double IPA and Hegemony Stout are on the shelves of every beer-seller near Lancaster County. 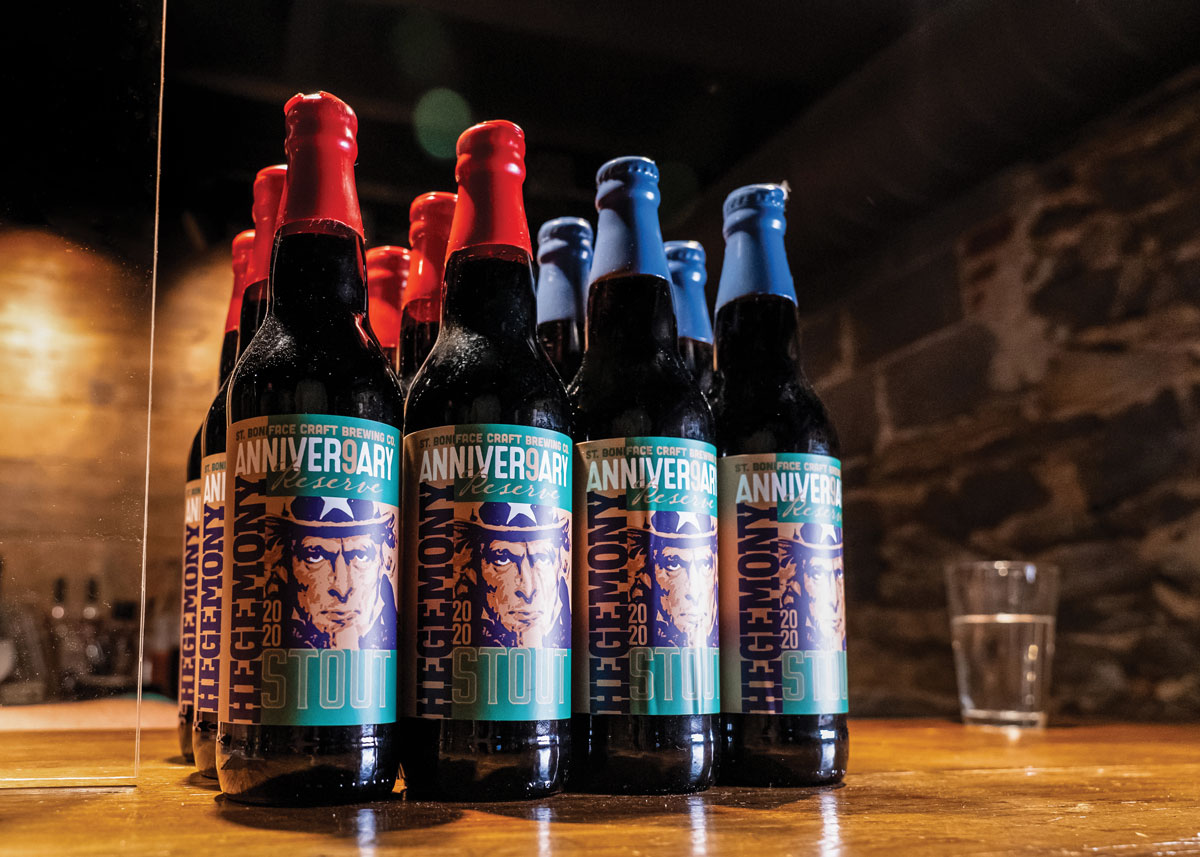 It seems so long ago … St. Boniface celebrated its 9th anniversary in early February with the release of its Anniver9ary Rye Whiskey Barrel Aged Hegemony Reserve.

The new plan is to push the limits of libation-focused dining in Lancaster County. With the inception of Tied House, the company has been able to bring on some innovative friends to create this new focus. Rob Commero is manning the helm of the restaurant. The Hempfield grad worked through the ranks of bartending and restaurant management around Philly, transformed the Rock Hill Tavern in 2007 as its owner, and most recently relaunched The Pressroom.

“I’m a restaurant guy,” says Commero, who has enjoyed the new challenge at Tied House. “Building a food menu that is exactly what it should be to pair with the beer has been fun and unique.”

Working with the Texas-inspired flair of chef Kyle Witmer, the restaurant rolled out a limited menu (28 seats and takeout) in June, featuring items like a jerk-smoked pork torta and apricot-jalapeño glazed wings. After months of delays caused by the pandemic, the main-floor dining room made its debut on August 11.

Commero describes Tied House’s food offerings as having depth and flavor served in an expedited manner. Think brines and pickles, smoked and roasted – but not southern barbeque – and comfort food refined.

The new occupants of Rudy’s Hall in Lititz retained only one piece of equipment – a huge carousel smoker – from the building’s previous brewer-occupant and will not brew any beer on site (that will all take place in Ephrata). 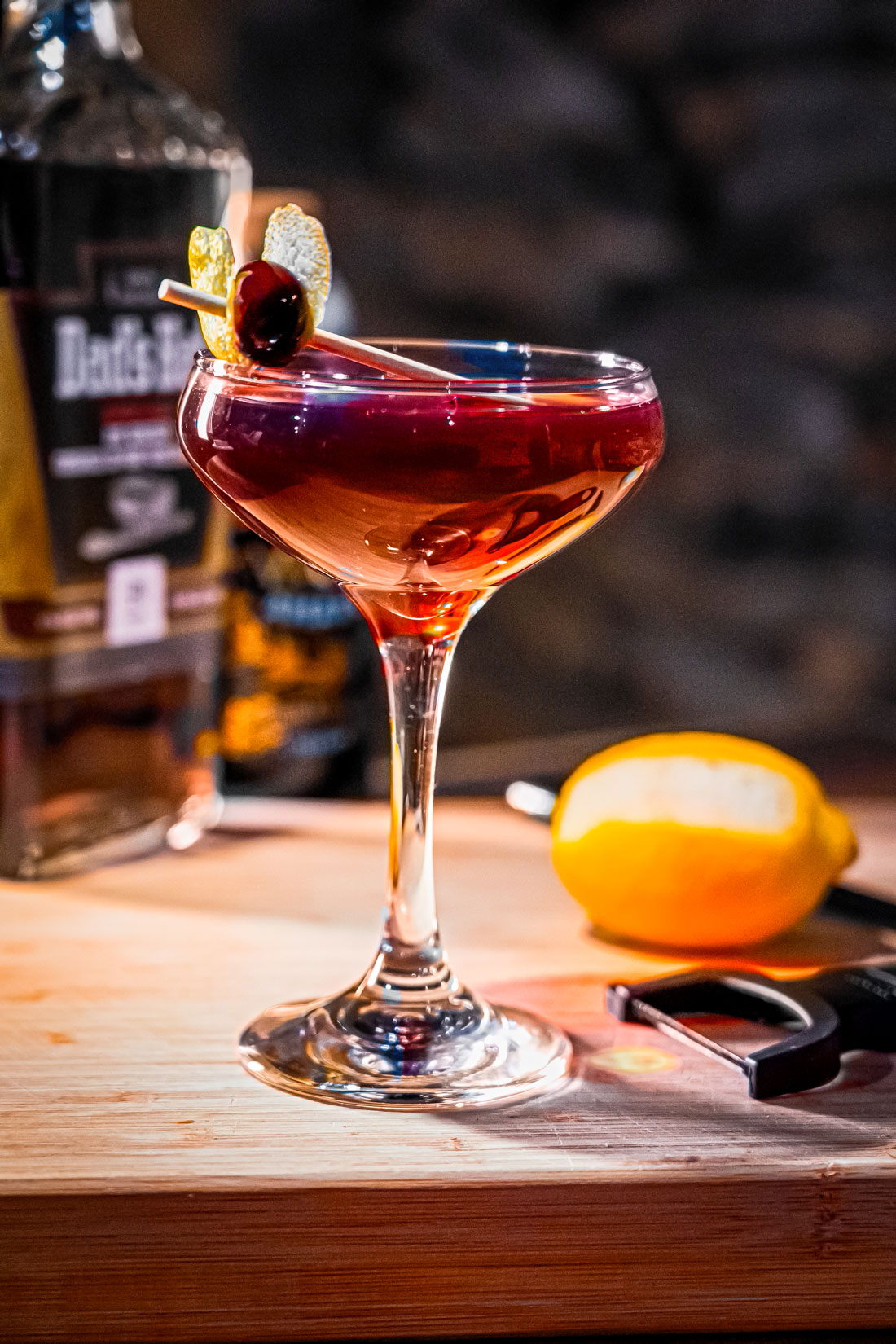 Steve Wood is bringing his craft-cocktail expertise to Tied House. Pictured is a Halo Manhattan.

“Tied House is not going to be like the taproom in Ephrata. This is a completely different beast,” says Shirey, still a few weeks away from officially opening Tied House when we spoke. “Spirits are not a focus of what we do over at the taproom. It’s just something we have for people who might not like beer.”

Enter Steve Wood to create the core cocktail program for Tied House, which after all, operates on a brewery license and is limited to serving only Pennsylvania-made spirits. Wood came to the area via Elizabethtown College and Millersville University, where he was studying Environmental Biology and wound up behind a commercial bar making part-time money.

Wood found a place to better mix his interest in the plant world with his skills behind a bar (Andrew Auwerda, president of Philadelphia Distilling, calls Wood a “serious force” behind a bar program) at John J. Jefferies, where he helped found the restaurant’s garden-to-glass cocktail program. After JJJ, Wood went from Hunger N Thirst to Luca. After meeting Commero, he joined The Pressroom.

“Fundamentally, entities like this exist to be all about the beer, but nobody has really taken the time to curate a cocktail list. We put a lot of effort into sourcing really unique PA spirits,” Commero says, handing me a copy of the first Tied House craft cocktails list.

From cocktail basics like the Negroni (an Italian cocktail consisting of one part gin, one part vermouth, and one part specialized herbal liqueur) to Wood’s own concoctions like the Set Sail, an agave spirit-based drink incorporating St. Boniface beer, the Tied House cocktail program is set to be one of the best in the county.

As the brewery license limits Wood’s choice of alcohol to PA-produced spirits, many of the essential ingredients of serious cocktail creation are impossible to attain since most are produced outside of PA, or moreover, outside of the United States. “To be able to make someone a Negroni with Pennsylvania spirits is very exciting,” says Wood. 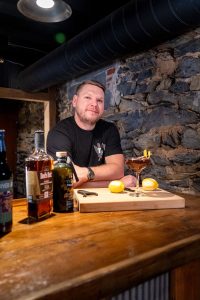 To meet the lofty cocktail goals, Tied House has teamed up with PA distilleries like Hidden Still (Lebanon), New Liberty (Philadelphia) and Mountain Laurel Spirits, a.k.a. Dad’s Hat (Bucks County). They have also formed a special relationship with one of the premier spirits makers of Pennsylvania, Philadelphia Distilling Company, which has created a series of liquors to serve as key ingredients for classic cocktails. Tied House is the first account outside of the distillery’s own location in Fishtown to handle the select lineup, says head distiller, Aaron Selya.

“Initially I was going to try and replicate a lot of those spirits in-house, but this ability to have a partnership with an entity like Philadelphia Distilling is amazing. We want to push the envelope … and we want to appeal to people’s comfort levels,” says Wood, who, using a specific PA whiskey from Hidden Still could even replicate a Jack & Coke.

“The end goal of all of this is to please a broad demographic. So, when the beer lover comes with his or her family, there is something that is as good as the beer for everyone,” says Commero.

In that same end, though, the restaurant is tied to St. Boniface beer. There’s beer in some cocktails. There’s beer in some food. Tied House is just an example of how a modern brewery must go beyond their beer to meet customer desires. Commero, Wood, Witmer and St. Boniface were just waiting for the right time and right place. That time is now, and Tied House is the place.

Tied House is located at 27-31 E. Main Street in Lititz. For details about hours, in-house dining and takeout, visit tiedhouselititz.com and Facebook. 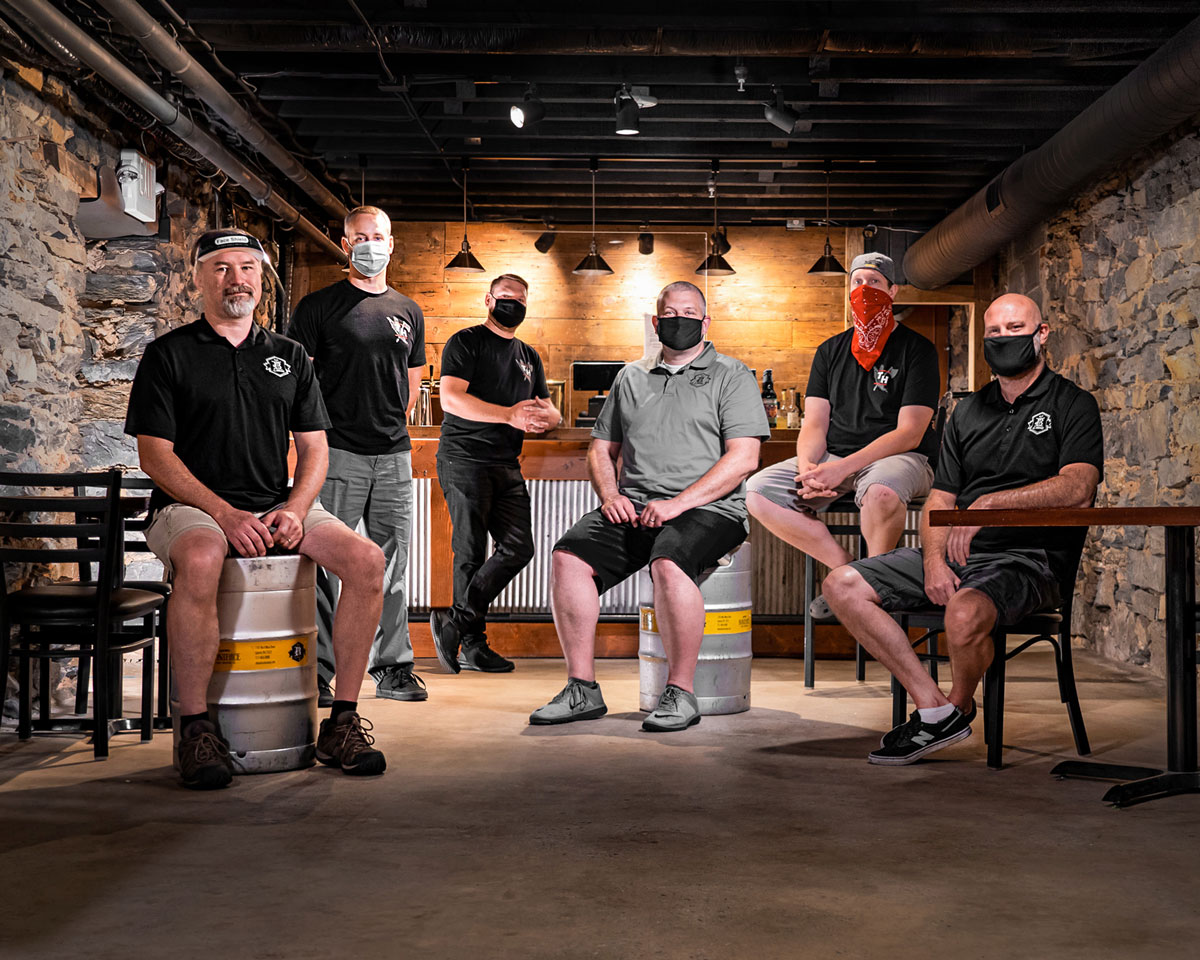