As is customary on the third Thursday of November, the release of Beaujolais Nouveau will be cause for celebration in France. On this side of the Atlantic, it will be hitting shelves in state stores and wine shops. 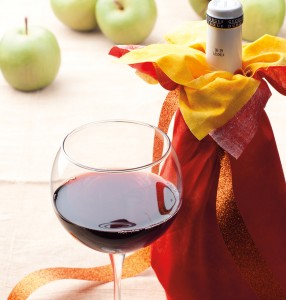 Fans of this light, bright, low-acid, still-red wine that’s based entirely on Gamay grapes from the Beaujolais province of France will flock to stores to claim their share of this very limited production. The run on this wine lasts for only six weeks, before it is deeply discounted in order to move it off store shelves. Except on rare occasions, this wine’s vintages don’t age well due to the fact that they lack the tannins needed to withstand the aging process. Therefore – unlike its bigger, more complex cousin, Beaujolais Villages, or the more famed Beaujolais Cru –  Beaujolais Nouveau is meant to be enjoyed fairly quickly after being purchased.
Granted, Beaujolais Nouveau does have its critics. Some say it tastes like alcoholic grape punch, while others think it is unworthy of being called a serious wine. However, when the holidays roll around – and with the gamut of potluck party fare, varying tastes and mass consumption of holiday cheer – this versatile, easygoing wine may just be the perfect answer for any number of scenarios. 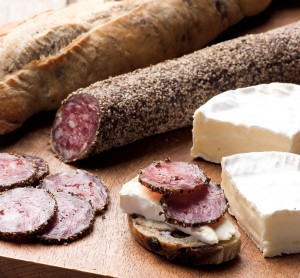 One such pairing would be with creamy cheeses and most forms of charcuterie. Camembert is a very popular counterpart, as this creamy but sometimes strongly flavored Brie-type cheese can have some heat to it (when ripe) – and if you’ve ever had a really ripe Brie with a big, tannic red wine, it can often feel like pouring fuel onto a fire. Not so with the mild red: It’s a clean refresher with every sip. The same can be said with a pepper-crusted stick of salami: Wash it down with the wrong red and you’ll wish you hadn’t. Again, the little “b” does it with ease while highlighting the sweetness of the cured meat. 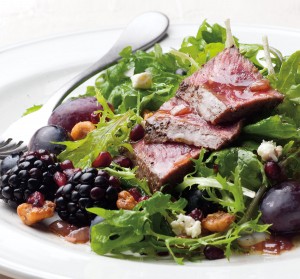 Another food with which Beaujolais Nouveau excels is game salads. I’m talking something like rare, seared, chilled buffalo strip steak (which has much less marbling than beef) with a few candied nuts for crunch, a little Camembert-tinged Saga bleu cheese, crisp purple grapes, blackberries, pomegranate seeds and a vinaigrette of caramelized onion, garlic and reduced red wine. I also bring the wine and meat a little closer by incorporating some Old World seasonings into the mix. Along with a healthy sprinkle of salt and pepper, a very light but noticeable dusting of super-finely ground pickling spice is added, which brings in the complexities of bay leaf, mustard and allspice to the seared meat’s crusty exterior, further enhancing the wine. 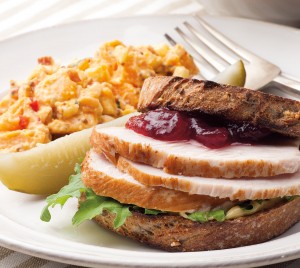 Beaujolais nouveau is also a fine wine to serve with your Thanksgiving feast. Besides other less-traditional pairings that work, from pizza to sushi to some classic stir-fries, Beaujolais Nouveau works really well with those meats that are sort of “tweeners.” You know, where a white might be too light and a red too much? What you need is a “crossover.” Toss in the mushroom-green-bean casserole, maple-glazed sweet potatoes, etc., and it goes with all of them.
In the case of cold turkey sandwiches, it’s even better. Think about it. A big wine or high-alcohol beverage would obliterate the more subdued flavor of the cold meat and we certainly don’t want to do that. As for what to serve with that amazing sandwich, potato salad is always a winner. To add a twist, use sweet potatoes! The homemade pickles were a gift from Principal Josh McCracken at Fulton Elementary in Ephrata, where I did a student presentation. 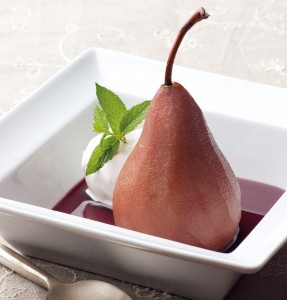 Beaujolais is also a good, inexpensive cooking red, especially in cases where a heavier red would be too much. Ever pour red wine into, say, a chicken dish and that’s all you end up tasting – or seeing for that matter? Beaujolais Nouveau might be your ticket. But, if you like red-wine-poached pears, this red is great because it’s light enough to allow the pear flavor to shine without adding too many of the savory components that some reds can bring. After pears are poached in this wine, with only a little required sugar and a cinnamon stick, the cooking liquid can then be reduced down into an amazing syrup that can be served with the pear, plus a dollop of either some fresh whipped cream, frozen yogurt or vanilla ice cream. 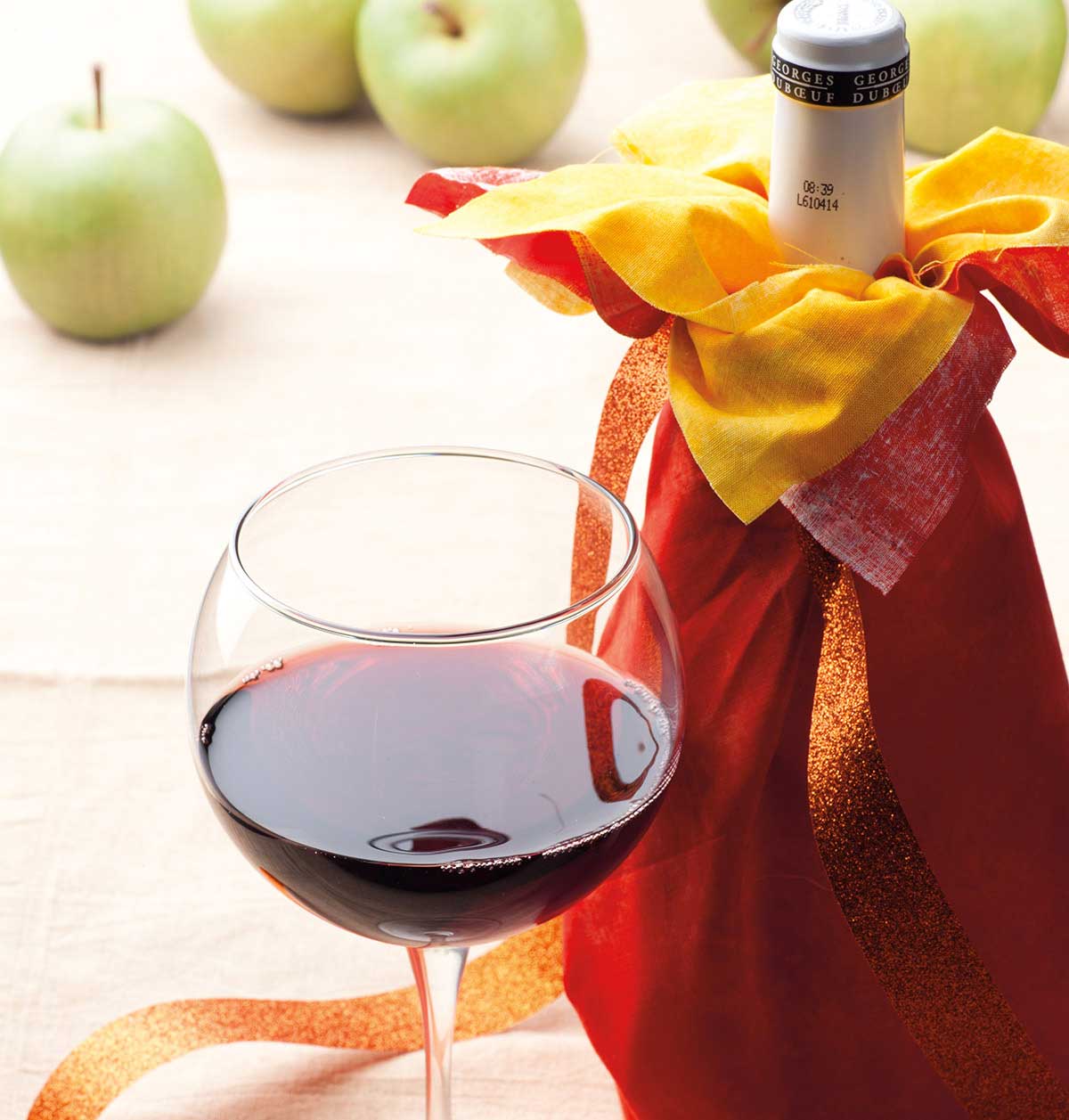