To say 2020 has been rough on restaurants is an understatement and not to be made light of for the sake of the 13.49 million people who were employed in the hospitality industry nationwide prior to the pandemic. Times are tough for eateries, cafés and bars. Forced to follow changing mandates from federal, state and local governments, many restaurants have folded under the challenge. Many have adapted. Some – like restaurateurs Dean Oberholtzer and Josh Funk –  had opened new businesses just as Covid took hold. Their resilience, tenacity and creativity as business owners have helped them weather the storm of a pandemic.

The Perfect Space … and a Little Forward Thinking 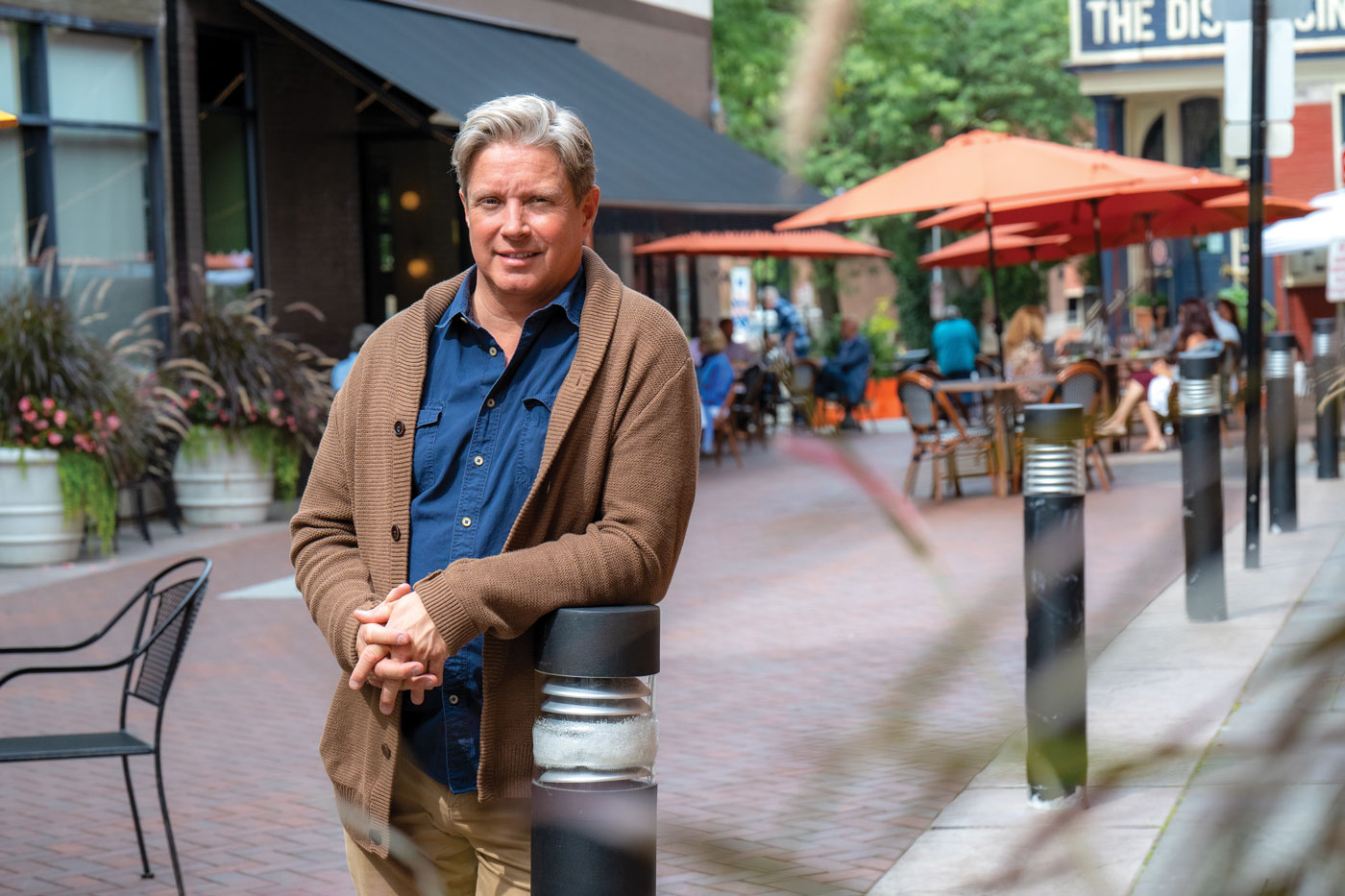 The closure of Market Street has enabled Dean to expand seating for C’est La Vie beyond its brick-and-mortar location in the Hager Building. Heaters have helped to prolong outdoor dining through the fall months. Photo by Nick Gould.

“It was never my passion to open another restaurant,” says Dean Oberholtzer, owner of The Belvedere Inn since 1998, and now C’est La Vie and Josephine’s Downtown. Sitting socially distanced inside of C’est La Vie, with the perfect view of the corner of Grant and Market streets, he continues, “Except for this location.”

The space at 50 West Grant Street was formerly home to Carr’s and before that, Market Fare. Dean and his partners turned the space into two restaurants. Josephine’s Downtown, located downstairs, is a reincarnation of the Marietta restaurant formerly owned by chef Daniel LeBoon. It opened in fall 2019. After making some renovations, Dean opened the more casual C’est La Vie upstairs in December 2019. And, then, Covid. 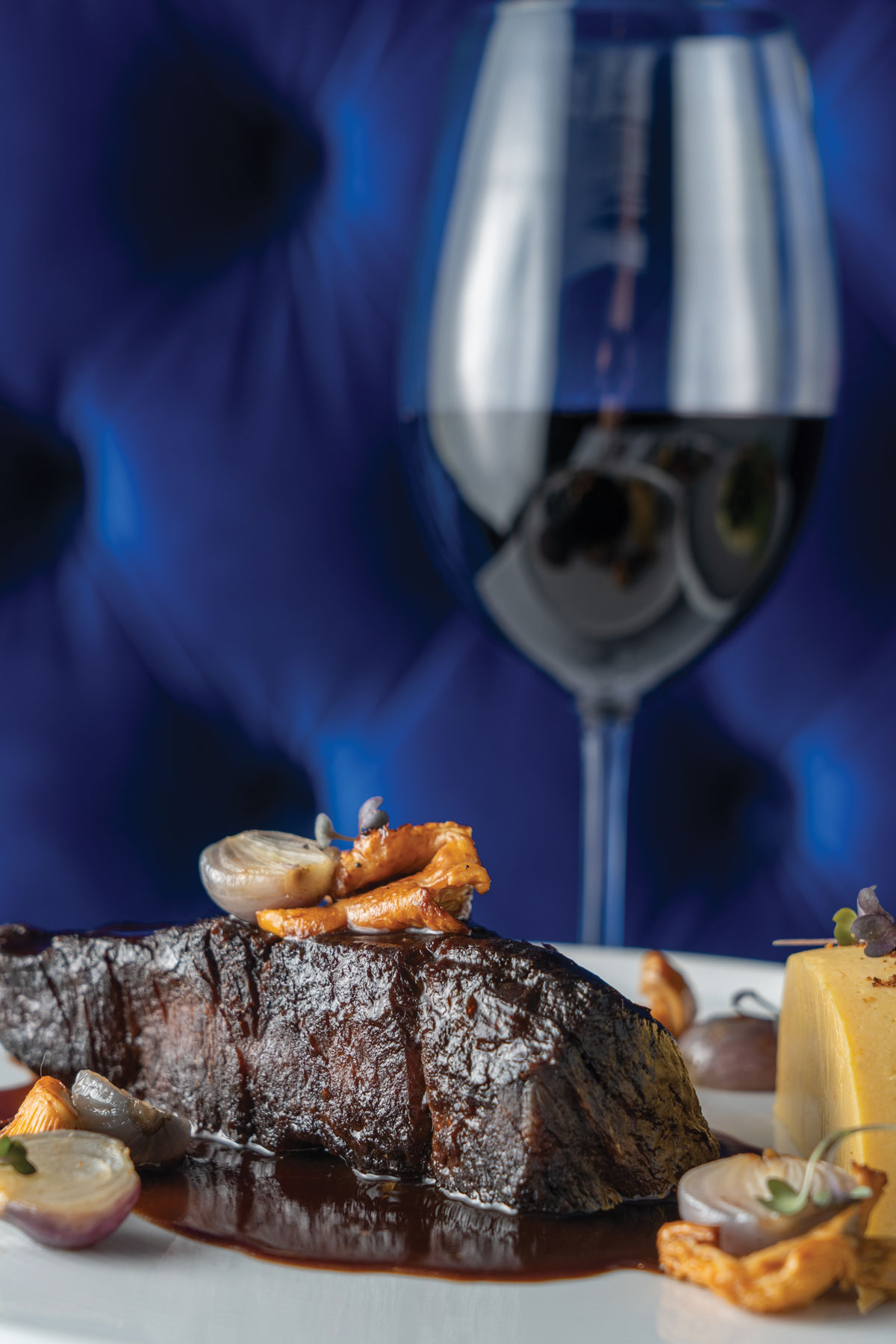 “It’s made things very difficult,” Dean admits. “My first thought was, ‘How am I going to make it through this?’ As time goes by, you do what you have to do to make it work.”

Josephine’s remains closed – its beautiful back room converted into a storage space for chairs and tables that simply cannot be used at this time. Dean hopes for a November reopening of the intimate, fine-dining venue.

Upstairs, outdoor seating saved C’est La Vie. Dean applied to the Pennsylvania Liquor Control Board (PLCB) for outdoor dining in February as part of his new plans for the space. The application quickly went on hold as shutdowns occurred. When the state temporarily eased regulations on outdoor dining, he was ready with a plan. Large, room-opening glass doors were installed facing Central Market. 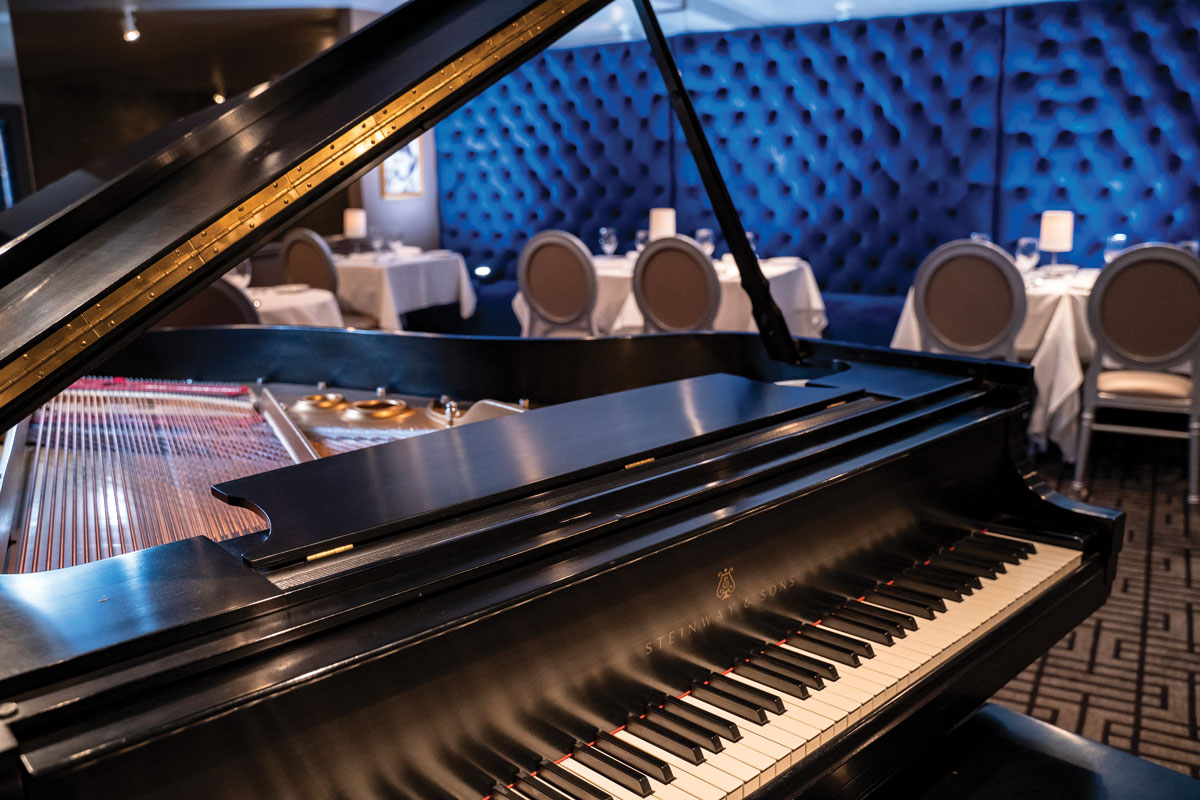 Dean hopes to reopen Josephine’s Downtown in November. The restaurant, whose atmosphere he describes as “swanky supper club,” had only been open six months when the governor closed nonessential businesses. Photo by Nick Gould.

“Lancaster City was very quick in responding. They shut down Market Street and it benefits four restaurants right here,” Dean says. The other three restaurants being The Lancaster Dispensing Company, Old San Juan and The Taproom (Spring House Brewing Company), all of which utilize individual areas on the route already popular for foot traffic. “We are able to seat almost 60 people outside. That saved us. Otherwise, with the governor’s restrictions of 25% [indoor seating capacity], we’d only have 12 tables.”

Despite the city’s accommodations, Dean is still concerned. Weather could still dampen his business. Remaining or increased restrictions could set his restaurants back even further. The Belvedere only reopened in September after closing over the summer. Don’t worry festive friends: Covid won’t throw a humbug over this owner, as he plans to go ahead with fully decorating the restaurant for the holidays!

For Dean, much of the attraction to the C’est La Vie/Josephine’s location is due to its proximity to Fulton Theatre, which will remain dark until next spring. “Typically, people go for dinner and a show,” he says. “And, then, after a show, they have cocktails. This is a prime location and now, suddenly, we are going to go a whole year without theatre. That’s gonna hurt a lot.” 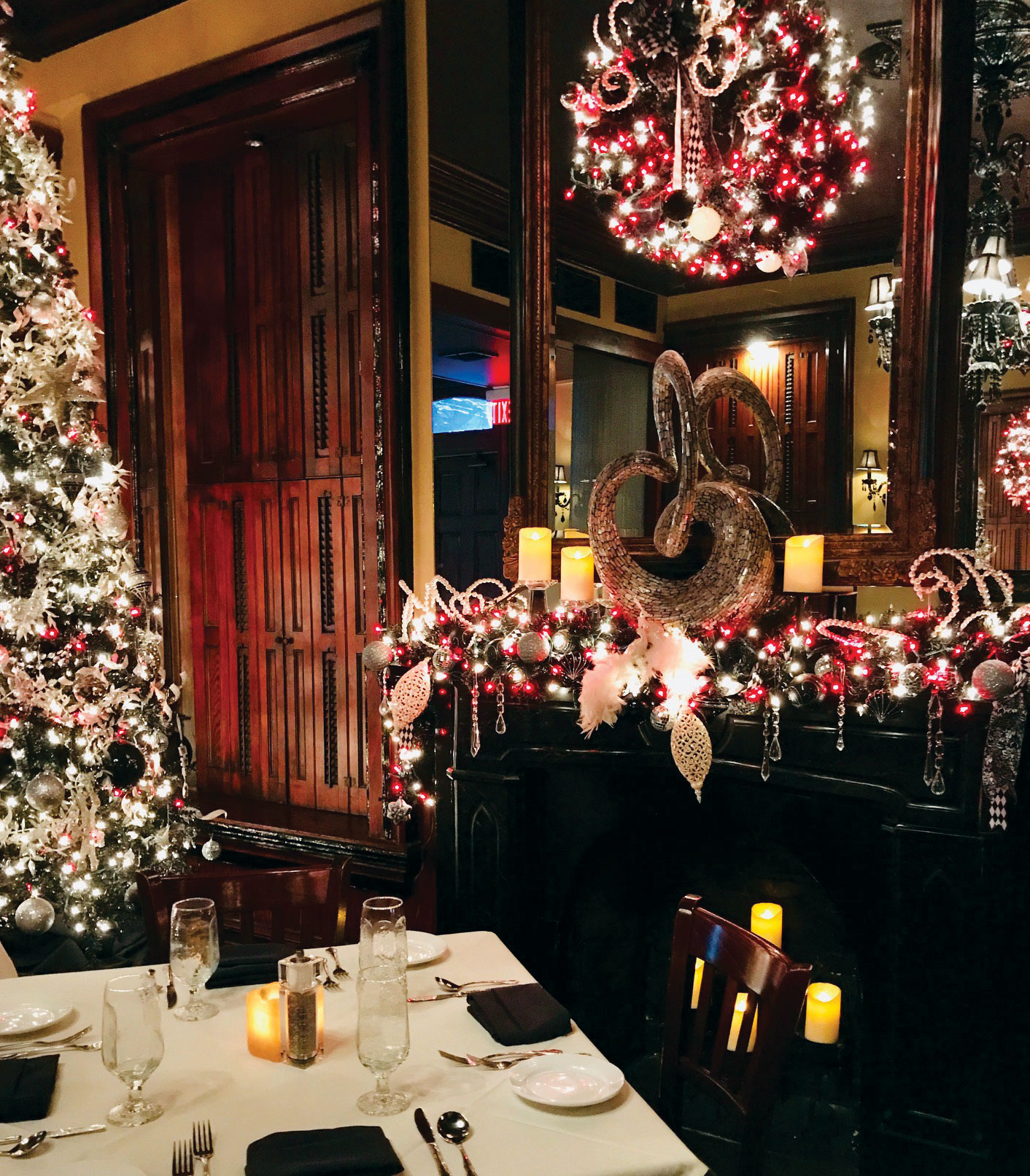 For those who consider The Belvedere Inn a holiday tradition, you’ll be glad to know that Dean plans to fully decorate it for the season.

The Covid-era menu and staff of C’est La Vie have been an amalgamation of the two restaurants, with a third of the menu items being staples on the Josephine’s menu. “Those who want the Josephine’s experience can still have it [through food],” Dean explains.

Despite the hardships and challenges, Dean is grateful for the support his restaurants have received. “We’ve had huge support from the community. Many of the regulars at The Belvedere and from Carr’s have been very supportive.”

A Place for Social Gathering … While Social Distancing 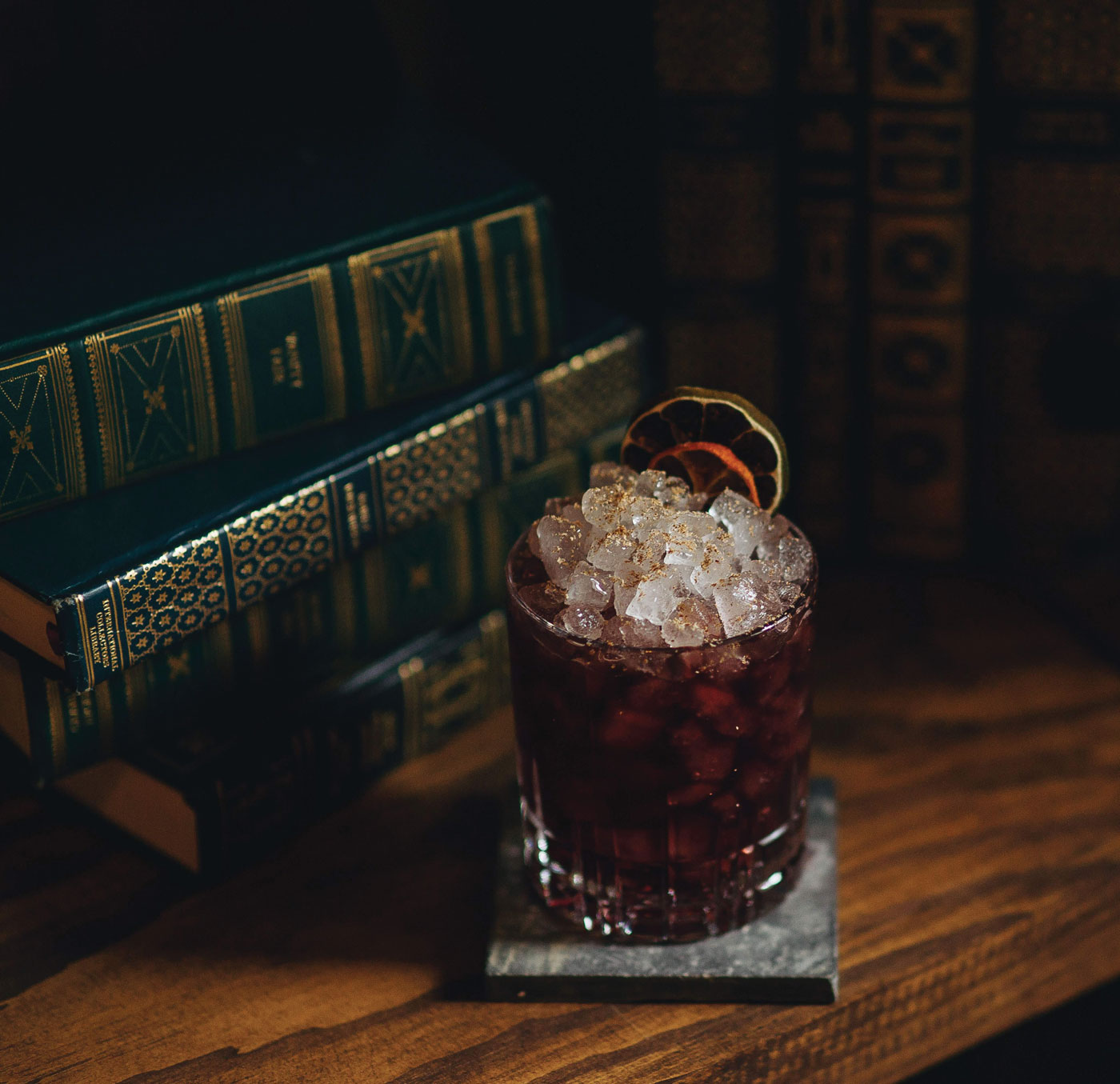 The Conway Social Club combines the old-fashioned tradition of a neighborhood gathering place and modern-day aesthetics to create a place where quality conversation, cocktails and food are the norm. In other words, televised sports and news shows are not on the menu. Photo courtesy of TFB Hospitality.

Josh Funk had the idea of developing a pop-up, speakeasy-style social club several years ago. While the idea never really gained momentum, the plan stayed in his mind. Flash forward to 2019 and enter the Conway Social Club.

“I saw Ben Hash became available,” says Josh. “I pitched him the idea and he was pretty excited about it. He does the cocktail program down at Annie’s and …”

First things first. “Down at Annie’s” refers to Annie Bailey’s Irish Public House, which is owned by Josh and his brother Jake. The upstairs at Annie Bailey’s – previously used for overflow and special functions – converted into the Conway in November 2019. As for Ben Hash, he is well known in the Lancaster cocktail scene and manned the bar at the Horse Inn since its reinception. He serves as the beverage manager for both the Conway and Annie Bailey’s. 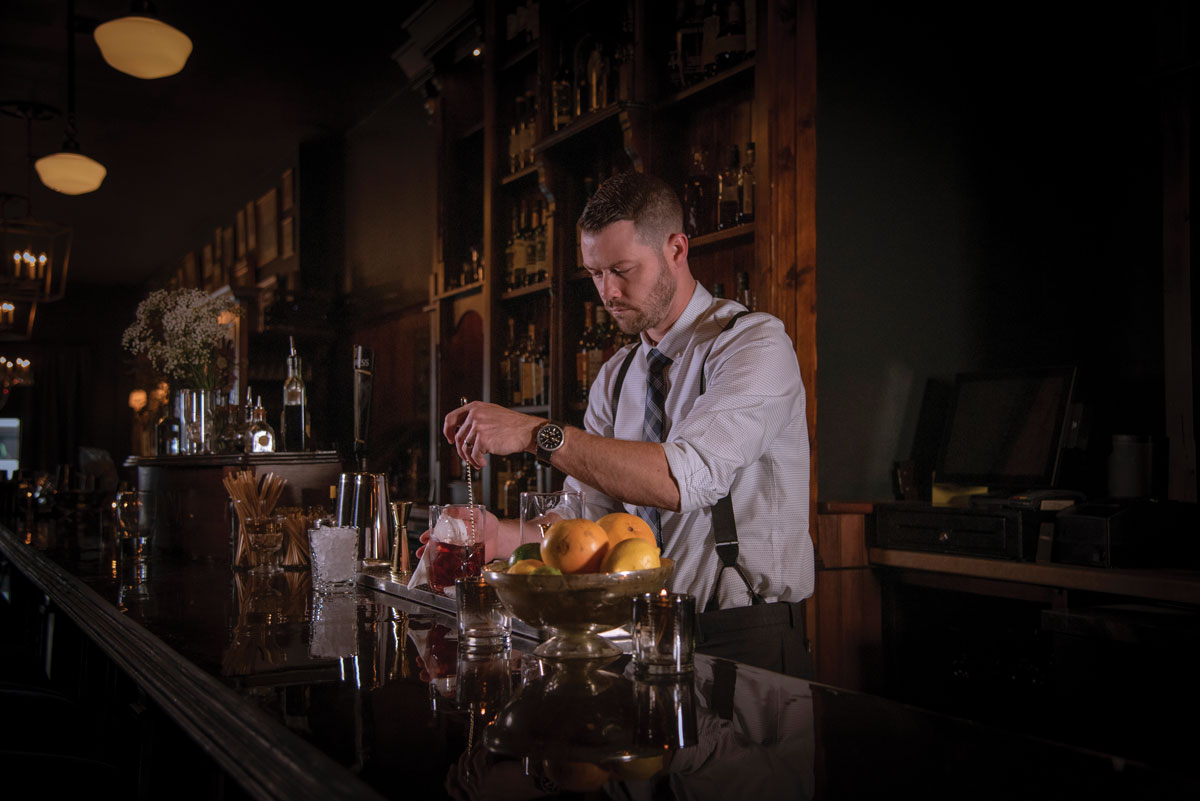 Ben Hash is the beverage manager for both Annie Bailey’s and the Conway Social Club.

“For a bar management team, our company has some pretty heavy hitters now,” Josh says, and explains the club opened quietly, serving four days a week, in order to gauge customers’ reactions to the space and the drinks. “Then, Covid hit and we shut it down.”

The 54-seat space on the second floor of 28 East King Street was not conducive to gatherings for some time. At 25% capacity and with new dividers and spacing, the Conway could only welcome back a few guests starting in September. “This was like anything else. You gotta figure out what you can do and how you can do it,” Josh says. 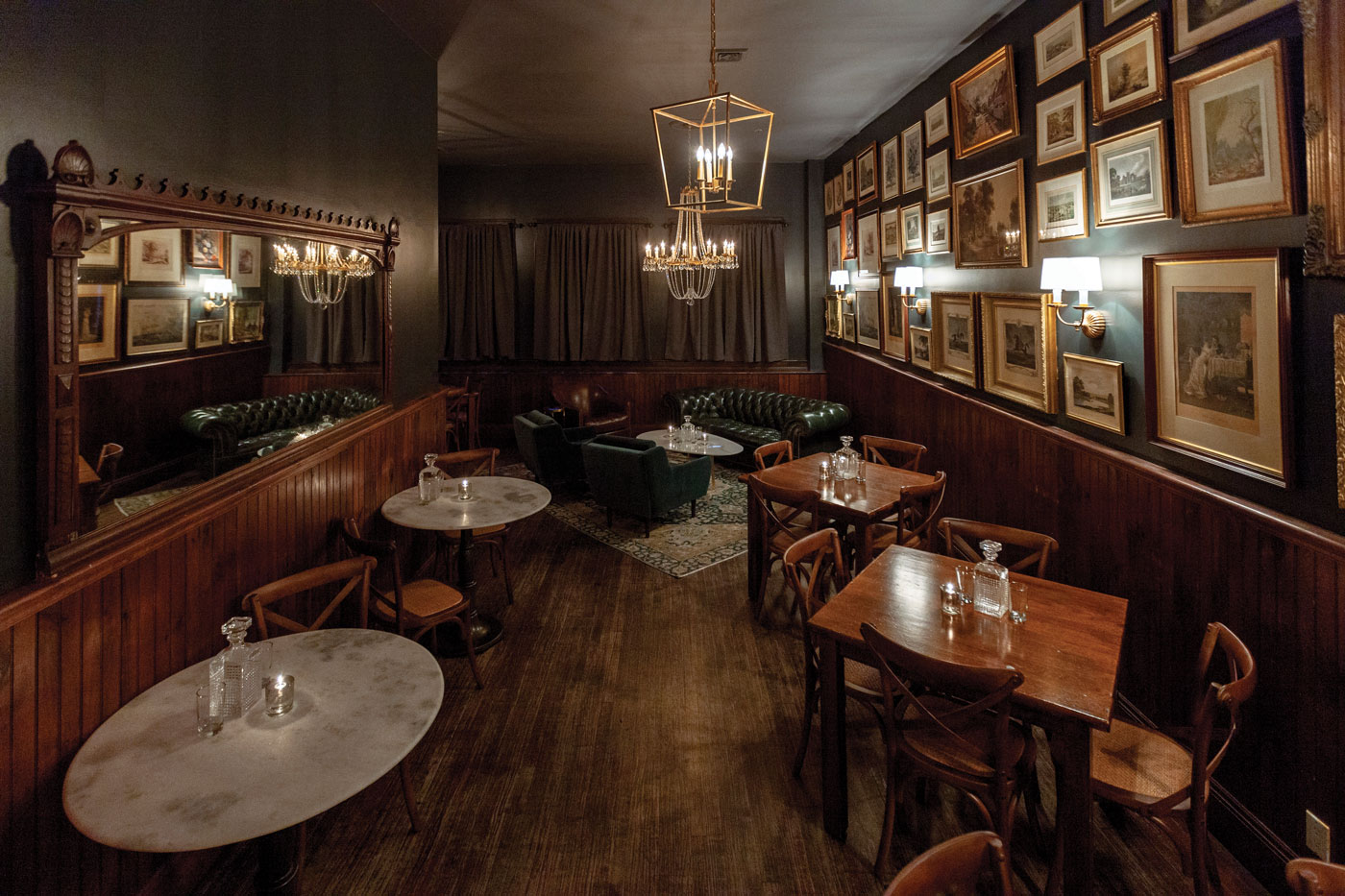 The Conway Social Club, which opened a year ago, has evolved from having a speakeasy vibe to that of a cocktail bar.

Josh was determined to not allow Covid to undermine his businesses. His goal during the shutdowns was to position himself to open stronger than he was when he closed. So, the Funk brothers invested in new point-of-sales systems for their restaurants – the TFB Hospitality umbrella also includes Per Diem, a restaurant at Hotel Rock Lititz, and Gravie Kitchen + Commons at Rock Lititz (which is currently closed) – kept staff employed by working on the physical businesses, developed new ideas for understanding their business data, engaged a leadership consultant to help build the team and made new hires with new viewpoints. 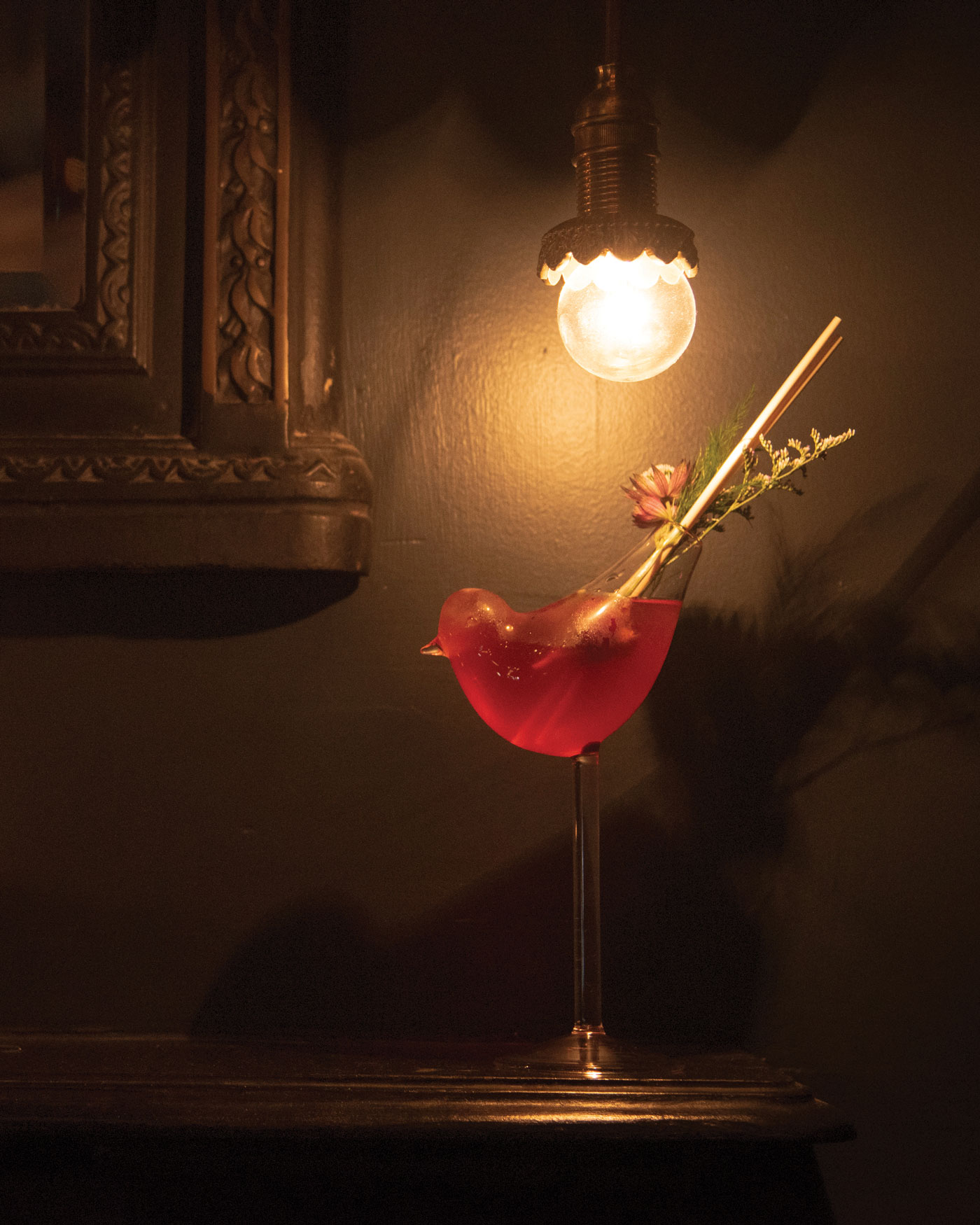 The Conway’s menu of cocktails changes seasonally in order to inspire the creative juices of its staff and take advantage of nature’s freshest ingredients.

“We took advantage of government programs and used them in the right way,” Josh explains. “We’re getting some normalcy and rhythm now.”

One of the new hires is executive chef Federico Canavesi, who comes to Lancaster via New York and Milan and who was hired halfway through the Covid shutdown. He designs the menu for the Conway. At Per Diem, chef Rafe Hottenstein, formerly of Greenfield Restaurant & Bar,  joined the staff just as Covid-related shutdowns
were ordered. 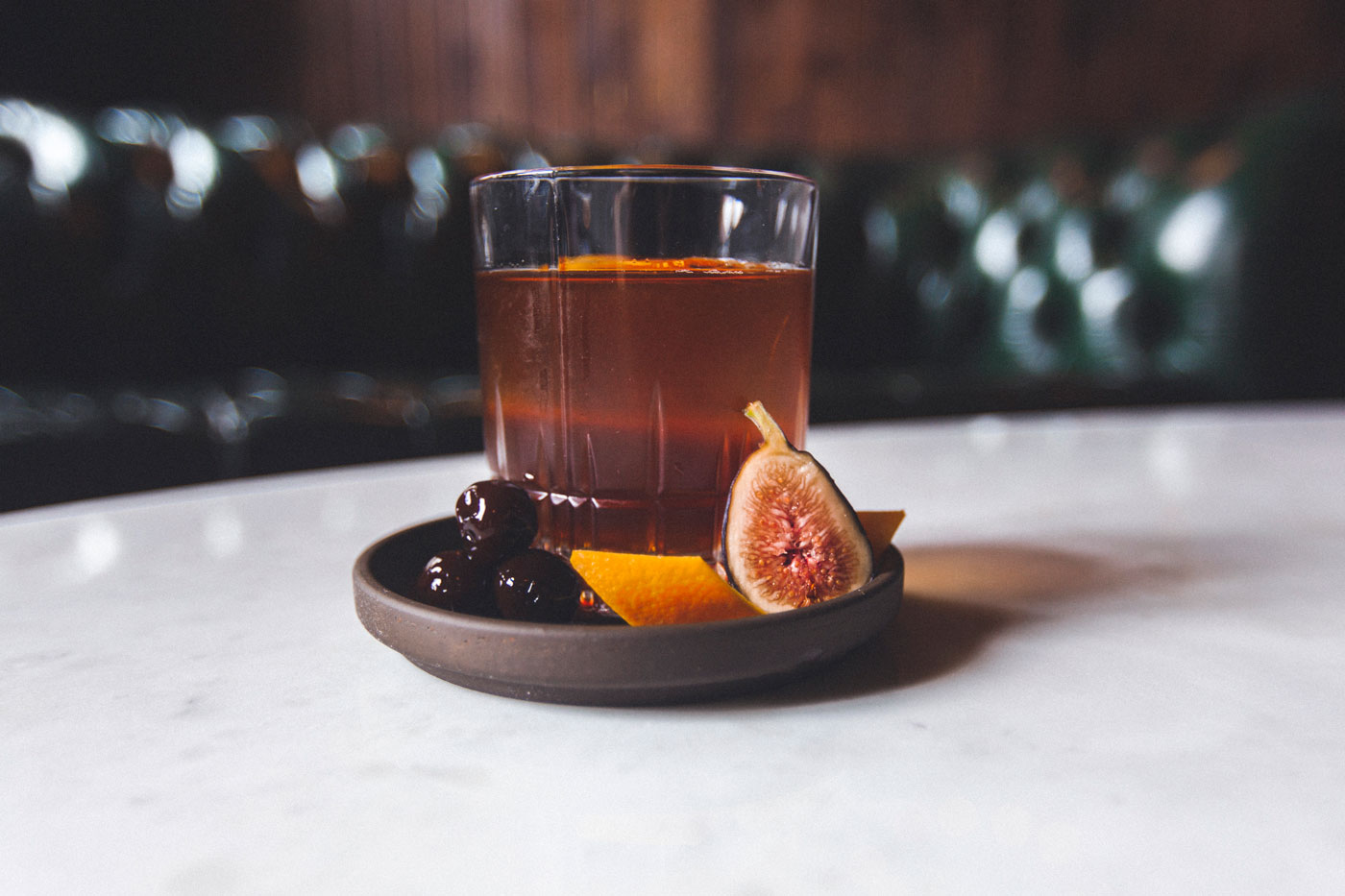 “The new menu is whimsical and fits the cocktail culture. We’ve moved away from the speakeasy vibe to a cocktail bar vibe,” says Josh of the Conway. The menu features items like octopus tacos and chicken liver donuts for a mature foodie. “It’s a curated experience,” he remarks.

The Conway Social Club combines the old-fashioned tradition of a neighborhood gathering place and modern-day aesthetics to create a place where quality conversation, cocktails and food are the norm. In other words, televised sports and news shows are not on the menu. Photo courtesy of TFB Hospitality.