There’s nothing more welcoming on a Friday night than your own backyard! 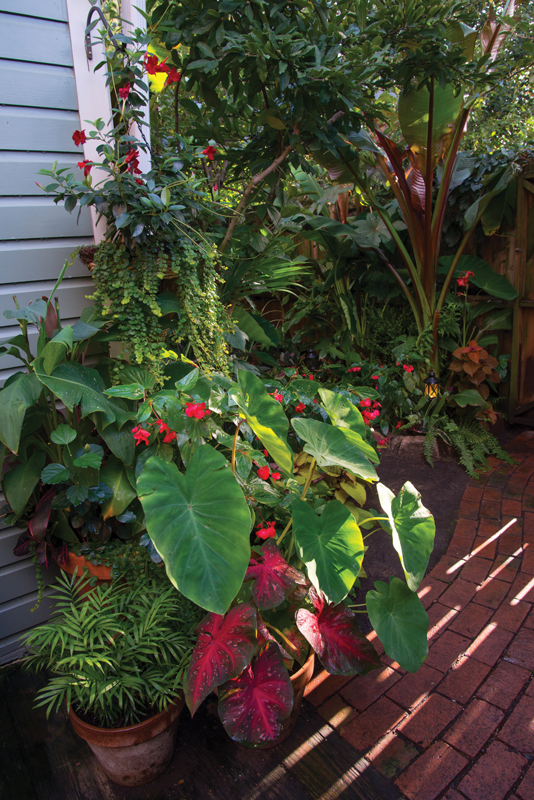 Nine years ago, David Gelatt and Kevin Peters bought a home in the city that had a history all its own. Situated on what was once “an unnamed alley,” the property dates to the late 1700s. Originally located on what was then the edge of the city, the East Side property was distinguished by an apple orchard, with the brick building on the site serving as a vinegar distillery. Hence, David and Kevin fondly refer to their home as “The Vinegar House.” As the city grew around it, the orchard disappeared, and the distillery transitioned into a home. Over the years it gained modern conveniences such as electricity, indoor plumbing and a kitchen addition.

David, who is an avid gardener, was anxious to transform the “postage-stamp-sized” (8×25 feet) backyard into an outdoor-living area. “There wasn’t much there,” he recalls, naming the deck that adjoins the house as its only attribute. Beyond that, the stump of a walnut tree, a flowering cherry tree, a brick walkway and gravel-covered ground served as the garden’s design elements.

So, David and Kevin set to work. Their to-do list included building a fence, creating beds (topsoil and peat moss were brought in), planting an apple tree (they thought it was only appropriate) and getting grass to grow (“That wasn’t happening,” David notes). The brick walkway was also replaced. They also installed a grape arbor that grows along the fence top and shades the deck. “It’s not perfect, but it works,” David says. “We get a ton of grapes from it.” 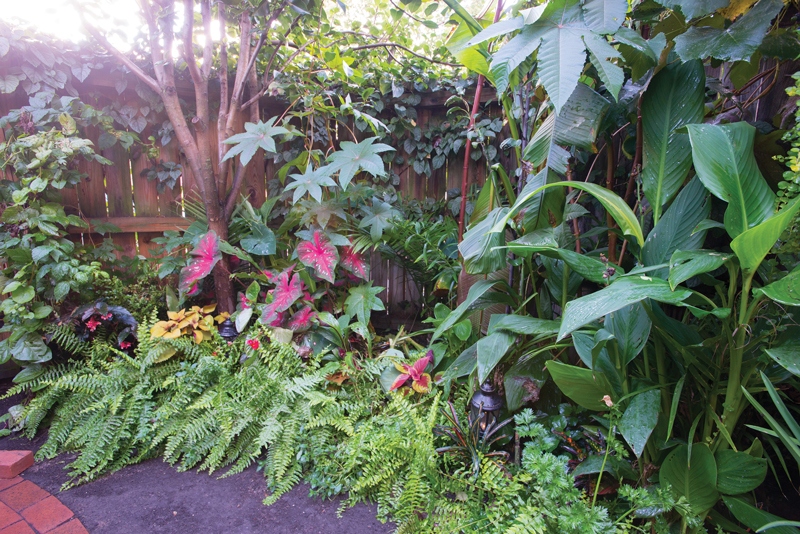 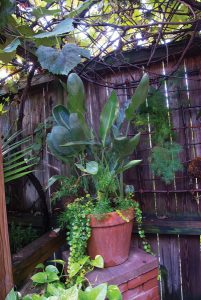 Typical flowers and plants initially formulated the garden’s evolving themes. “One year we did purple, another year everything was edible,” David explains, adding that successive color themes included all-white and yellow-and-red. Another theme focused on fragrant plants. Late last year he was toying with the idea of introducing a cottage-garden theme for 2018. He theorized that plants suitable for drying could be incorporated into the Williamsburg Christmas theme that resonates throughout the house and garden during the holidays (be sure to come back in December to see that creation). In the end, he decided that the tropical theme still commanded his attention.

It was about three years ago that David discovered a tropical site on GardenWeb.com and became intrigued. So began a course in self-education that entailed visits to favorite garden centers such as Black Creek Greenhouses in East Earl (home to what David calls a “fantastic coleus collection”), Martin’s Greenhouse in Narvon (“always an adventure”), and Ott’s Exotic Plants in Schwenksville, Montgomery County (“where you never know what you’ll find”). The more he experimented, the more confident he became. 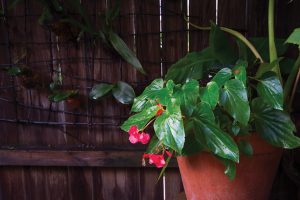 Discovering that tropicals can be pricey, and taking a cue from the strategy of moving house plants outdoors for the summer, he also began scouting garden centers and big-box stores for deep discounts on tropicals and what he refers to as “regular house plants.” When Kevin arrives home and spies new orchids, he instinctively knows that “Lowe’s had a good sale” going that day. 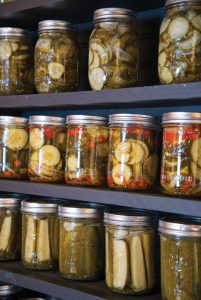 The plants grow, climb and are contained in the garden. “We really have to take full advantage of the limited space we have,” David says of the vertical direction the garden takes over the course of the growing season. “It starts out looking very organized,” he laughs. “But, by season’s end, it looks like a jungle.” Indeed, as they relax in their tropical hideaway, David and Kevin often hear passersby comment that they “heard there’s a jungle” on the other side of the fence. 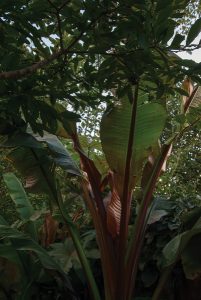 Alas, when fall arrives, David and Kevin over-winter what they can accommodate in a second-floor bedroom, and discard the rest. “I wish I had a greenhouse,” David says. However, last year they recycled much of what would typically be trashed by posting a “free plants” notice on Facebook. The ploy worked beautifully, and by day’s end, most of the plants had found new homes. 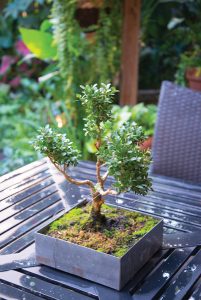 It’s probably safe to say that dinner at the Gelatt-Peters household rarely (if ever) centers on take-out. That’s because the two love to cook. In the summer, their interests turn to canning. “We’re both obsessed,” Kevin admits. David traces his obsession to “growing up in a family of cooks. My mom canned all summer – we even had a root cellar.” Kevin was also familiar with the canning process.

Initially, they grew their own ingredients in a rented garden plot at Lancaster County Central Park. “We both work fulltime, and it got to be too much,” Kevin explains. “The garden ate up our weekends.” Now, they are regulars at Root’s Country Market, the Green Dragon, the Corn Wagon and Busy Bees Farm Market in Ronks. They often score good deals by going late in the day.

Kevin explains that they have their repertoire down to a science, with each carrying out his job like clockwork. You name it, and they’ve canned it. Their red beets are out of this world – maybe better than candy! And, their pickles are just the right combination of sweet and sour. The pasta sauce is simply scrumptious. As you might guess, they often receive canning paraphernalia as gifts. In turn, they’ve discovered their handiwork is perfect for potlucks and gift-giving.

While David finds the canning process to be “relaxing,” he says there’s nothing better to do on a Friday night than to sit on the deck with drinks and dinner and “do nothing.” 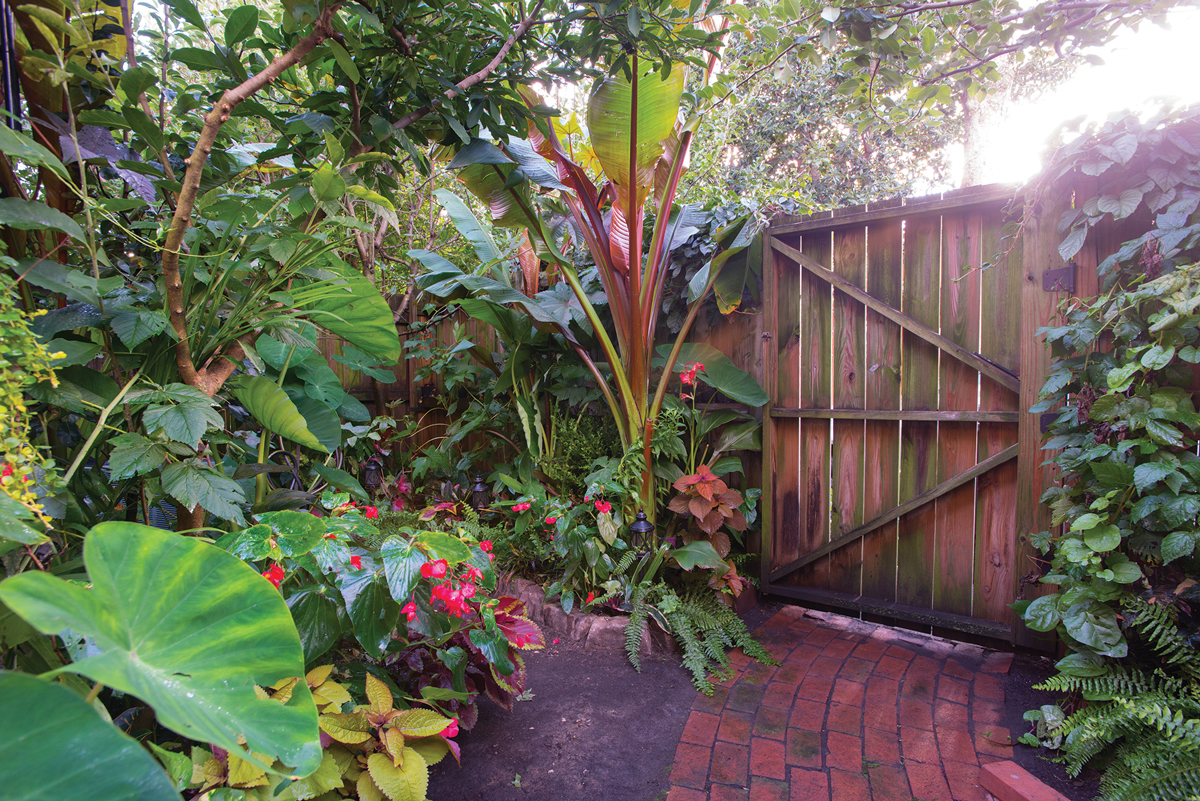