Turf has long been the expected groundcover, rolled out like wall-to-wall carpeting around every house. But, its status is being challenged. 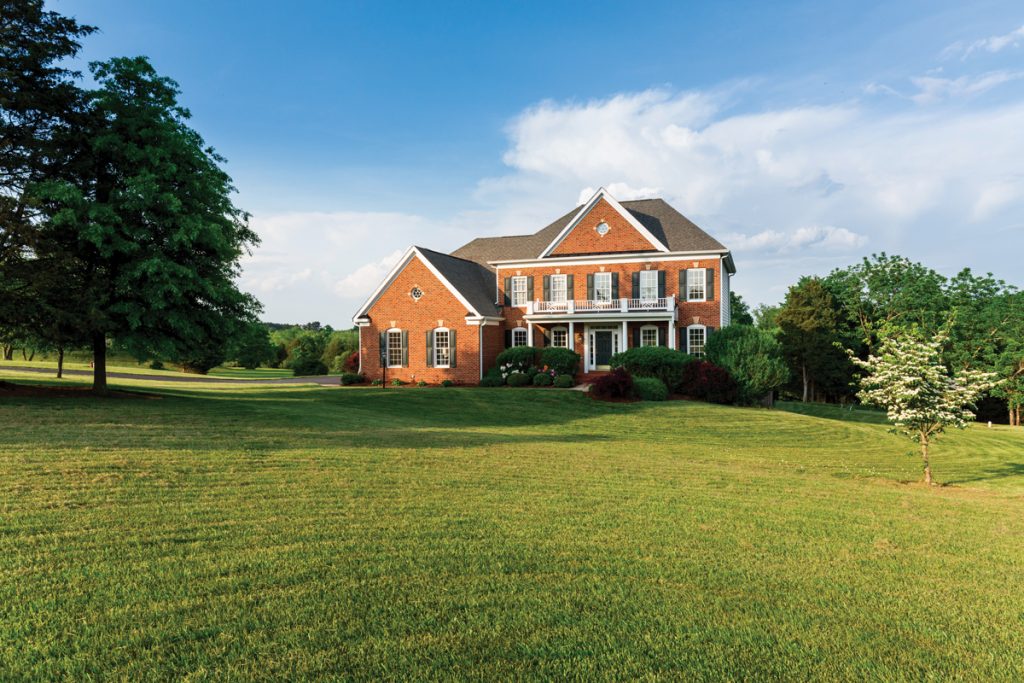 America’s turf-grass lawns, including those of corporate campuses and business parks, total more than 40-million acres – the size of the state of Georgia. We spend $40 billion annually on lawn-care, which is more than is spent on direct foreign aid.

If we don’t conform by having the requisite lush green lawn, we are thought of as bad elements in the neighborhood. (I’m always amused when the neighbors of mass killers are interviewed and express disbelief, remarking that “he always kept his yard nice.”)

Indeed, our yards are pleasing to look at, provide the children with a place to play and offer the dog room to roam. In reality, they have no productive value. The only work they do is cultural. They are simply a community project linking one yard to the next.
In recent years, many commentators have discussed the evils of the enforced conformity of homogenous lawns and urged consideration of alternative sustainable solutions. A new vision of lawns.

Our obsession with manicured lawns has roots in 17th-century Europe. Castles needed a clear line of view for protection from siege. Grazing animals, usually a flock of sheep, were used to trim obstructing vegetation, or the aristocrat’s hired hands cut the areas with scythes. Here in the colonies, “yards” were dominated by gardens that were dedicated to edible and medicinal plants. There was no time or money to maintain a lawn since the native grasses were not manageable.

That changed during the 1800s, when wealthy Americans living in the Northeast – with a climate similar to England – adopted English landscape garden designs and planted turf grasses imported from Europe and Asia. Lawns became a status symbol and signified one’s affluence.

A famous designer of the period, Andrew Jackson Downing, wrote widely circulated books advocating the lawn as being vital for any decent homeowner. He was dismayed by the “general slovenliness” of rural America. In 1841, he wrote Treatise on the Theory and Practice of Landscape Gardening, urging homeowners to improve their front yards. Essential to any perfect garden, he maintained, was an expanse of “grass mown into a softness like velvet.” Of course, the estates he referred to as examples required the labor of 10 men. By 1860, a protégé of Downing’s, the influential landscape architect Frederick Law Olmsted (think New York’s Central Park), suggested removing fences and having a picture-perfect stretch of green lawn in front of every row of houses.

Although an impractical lawn mower had been introduced earlier, in 1870 an inventor named Elwood McGuire designed a lightweight mower with an innovative wheel design. This changed lawn care forever and negated the need for sheep. By 1885, 50,000 mowers were being produced annually. The first steam-powered mower was introduced in 1893, and by 1922, gasoline-powered mowers were common.

Other important improvements included the lawn sprinkler, which was introduced in 1871, along with dependable garden hoses.

A German scientist, Fritz Haber, figured out the process to manufacture explosives, for which he was awarded the 1918 Nobel Prize. This method also produces fertilizers. The introduction of herbicides in the 1940s allowed gardeners to kill off plants they didn’t care for. One of the most popular to this day is 2,4-D, a major ingredient in Agent Orange.

A significant influence on the public’s perception of the importance of a lawn was the first mass-produced suburban community, Levittown (1950s). Here, a well-maintained lawn served as a reflection of not just the homeowner, but also of the entire surrounding community. Abraham Levitt wrote, “A fine carpet of green grass stamps the inhabitants as good neighbors, as desirable citizens.” The original buyers had to agree to mow their lawns once a week. In Levitt’s estimation, “Some feel that a person who keeps the lawn perfectly clipped is a person who can be trusted.”

The lawn today is ubiquitous. Its spread has given rise to an entire industry. Many communities even have “weed laws” mandating uniform standards with citations and fines. Universities offer degrees in turf management.

Obsession with lawns became a male prerogative, a weekend task followed by smoking a cigar and drinking a martini (or a beer). Of course, these days even this has become fiction, since lawn care is often outsourced to someone else.

While a well-kept lawn might impress the neighbors, low-growing turf grass is an ecological disaster. Let’s stop ignoring that the mowing, trimming and blowing creates air and noise pollution. One EPA study reported that using a two-cycle gas mower for one hour has the same carbon footprint as a 100-mile car trip. Or, putting it another way: One hour of mowing the lawn with a gas-powered lawn mower emits 11 times more pollution than driving a car for the same hour. Lawnmowers account for 5% of the nation’s air pollution in some areas of the U.S.

The long list of the fine-particle-matter pollutants – including formaldehyde, benzene, nitrogen oxides and carbon monoxide – is known to contribute to early death relating to cardiovascular, respiratory, reproductive and developmental harm, plus cancer (lung and bladder), from both short-term and long-term exposure close to the emitting source. (And, let’s not forget the two-stroke engines of snow blowers, trimmers, leaf blowers, tillers, chain saws and other small garden and lawn contraptions. There are 100-million of these in use.)

It has been suggested that we can reduce the impact by using our lawn equipment in the early morning or in the late afternoon and not at all on high ozone days. Scientists tell us that sunlight and heat, stronger during midday, contribute to the creation of ground-level ozone, the principle component of air pollution.

One report claimed that each year more than 17-million gallons of fuel are spilled during the refilling of lawn and garden equipment, which equates to more than the oil that was spilled by the Exxon Valdez.

Low-growing expansive grass lawns need a lot of water and fertilizer to stay thick and verdant. Turf grass is the nation’s largest irrigated crop. We grow three times as much turf grass as corn, and far more than any other country. In terms of acreage, turf grass is on par with wheat, our nation’s fourth-largest crop.

The average household uses 320 gallons of water a day of which 30% is used for watering lawns and gardens. Of that 30%, as much as 50% is wasted due to evaporation, wind, runoff or simply due to poor timing and application.

Of the 90-million households with a yard or garden, half use chemical fertilizers, pesticides and chemical weed-killers. Each of these products has known health risks, and they contaminate natural habitat and seep into our homes and drinking water.

Homeowners typically use 10 times the amount of pesticides and fertilizers per acre on their lawns as farmers do on crops, and the majority of these chemicals are wasted because of inappropriate timing and application. Because of runoff, they become a major source of stream pollution.

Consider these statistics: Of the 30 commonly used pesticides, 13 are probable or possible carcinogens; 13 are linked with birth defects; 21 with reproductive effect; 15 with neurotoxicity; 26 with liver or kidney damage; and 11 have the potential to disrupt the hormonal system. Obviously, pregnant women, children, seniors and pets are at the greatest risk from exposure.

Studies have found that residues of weed killers and pesticides can be tracked into the house, where they contaminate the air, surfaces and carpets. Additionally, the National Academy of Sciences estimates that 50% of lifetime pesticide exposure occurs during the first five years of life. Biomonitoring has found that children ages 6-11 have higher levels of lawn chemicals in their blood than all other age categories. A study published in the Journal of the National Cancer Institute reported that home pesticide use can increase the risk of childhood leukemia by almost seven times other age groups. Other studies have reported an increased rate of miscarriage. Pesticides pass from mother to child through the umbilical cord blood and breast milk.

Dogs exposed to herbicide-treated lawns have double the chance of developing canine lymphomas and in some breeds, an increased risk of bladder cancer. Half of the commonly used lawn pesticides are toxic to birds, fish, and, of course, bees.

The risks are not limited to the homeowners’ family and pets. Rain and sprinklers carry the fertilizers into streams and lakes where the excess nutrients contribute to algae blooms that produce dead zones, decreasing the oxygen that aquatic life needs to survive.

A New Way of Thinking

Do our lawns need to look like golf-course greens? Our passion for expansive lawns has crowded out native plants and wildlife habitat. This monoculture of a non-native grass contributes nothing to the biodiversity on which our well-being depends. Widespread drought, increasing water costs, and the environmental harm of our traditional lawn maintenance has led many people to search for alternatives.

Why not consider downsizing your lawn this year? You can start simply by reducing the amount of lawn by as little as 25% to enjoy a lower-maintenance yard. On next month’s Gardening Journey, I will explore organic lawn alternatives of grasses combined with clovers, violets, chamomile and other low-growing and flowering groundcovers, which at the same time create a more diverse habitat for birds and pollinators. 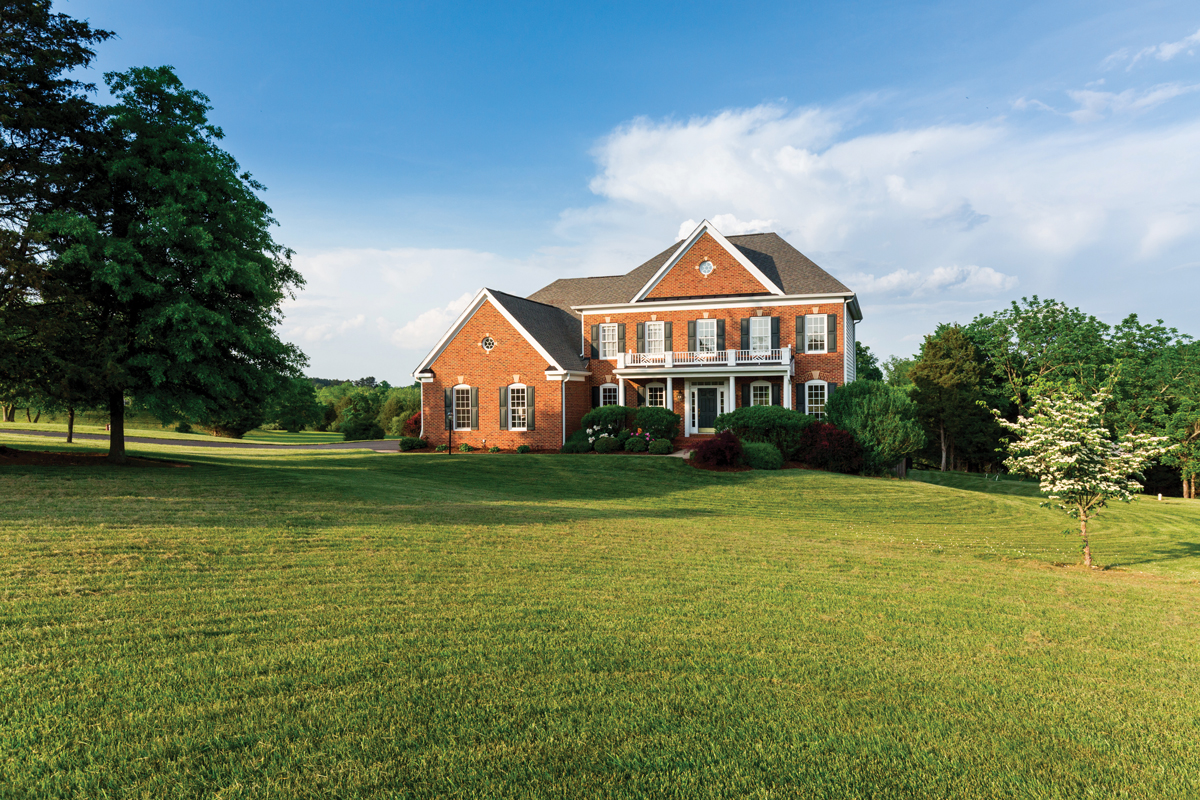