The Southern End of Lancaster County stopped being the answer to the question strangers like to ask – “Where are you from?” – the moment my mother locked the front door of the old house, and we pulled out of the driveway and began driving down the road, the patriotic red-white-and-blue “sold” sign radiating in my side mirror one last time. 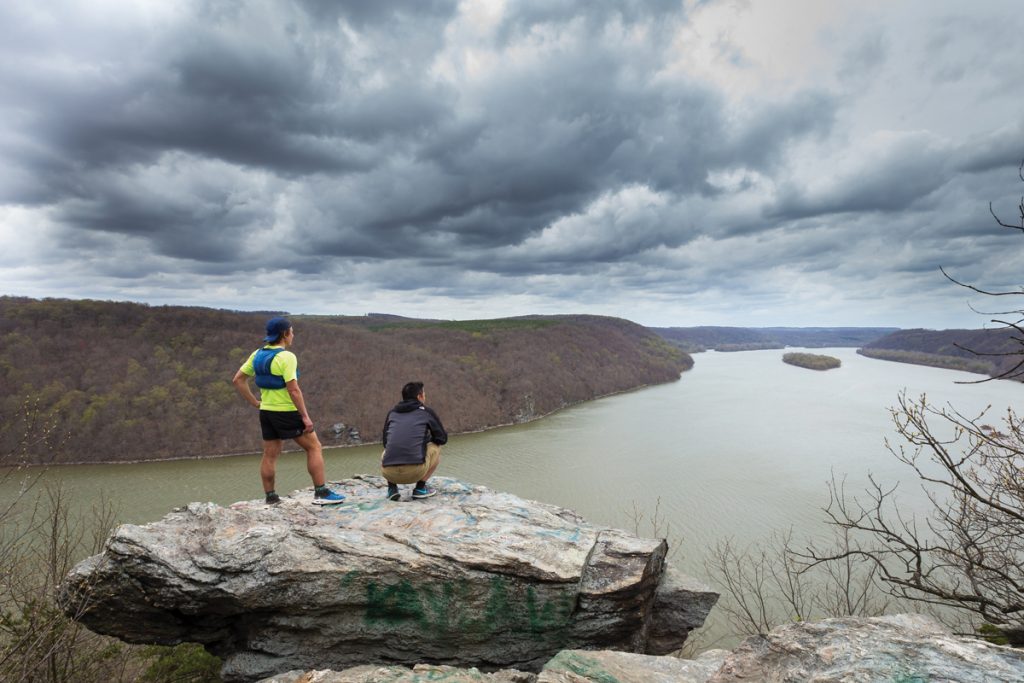 I was 23 years old. My parents sold the tiny by-level house because, after nearly two decades, they wanted to return to where they’d been from, the bustling suburbs of Cincinnati, Ohio. In the years that followed, my destiny lay in a series of apartments and housemates far removed from the Southern End. I became “from” Manheim, Mount Joy and finally Lancaster City, but by “from,” that only meant the place where I stored my belongings and slept most nights. None of those places, for all of their daytime small-town charm and easily accessed nighttime bars, ever took root inside of me the way the Southern End did. 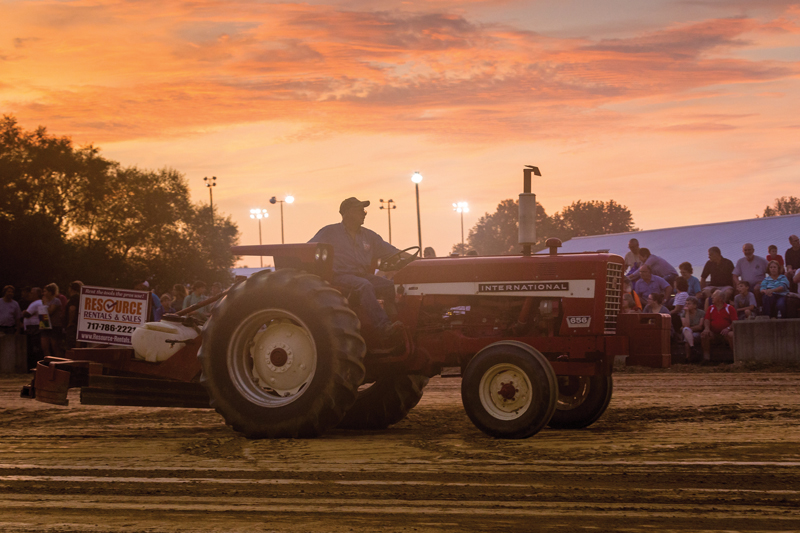 So then, why am I typing this at a desk in one of the four bedrooms of the house my wife, Alison, and I now own, standing as it does on a small plot of grass and arborvitaes, among dozens of other similar houses with similar yards, which bound together to constitute a neighborhood that’s located on a hillside north of Route 30? If I’m here to color in poetic tones a romanticized version of the Southern End as the place I grew up, if I’m here to extol the benefits of being a kid with farm fields, woods, lakes and meadows to explore, why are we then raising two sons in suburbia?

Perhaps it’s because, as the former Supreme Court Chief Justice Oliver Wendall Holmes Jr. once explained, and I’m paraphrasing here, home is where the heart never leaves. And, perhaps a heart isn’t singular but a multi-faceted construct, a beautiful collage of past, present and hopes for what’s to come. Home to me now is where I can find my wife and children because as I approach the bend in the road that is 40, home becomes something much more than a building of drywall, HVAC and furniture, but where I can find the family to which I belong. That doesn’t mean from time to time I feel the pull of a home from the past, and a need to feel closer to the place I was “from.” 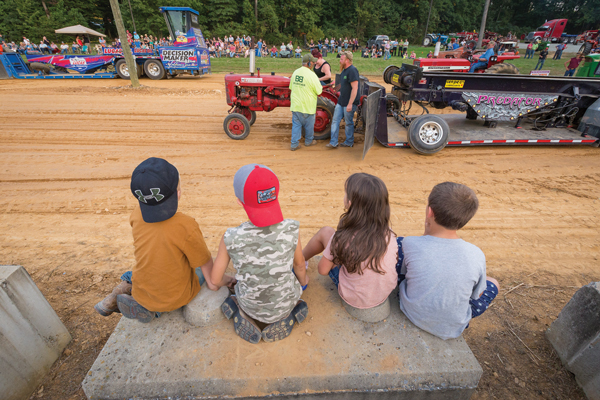 The “Southern End” is quite the nickname. It has its geographical definition, an unfolding landscape of hills and valleys starting southward from Columbia Avenue to the Mason-Dixon and eastward from the Susquehanna River to Octoraro Lake. But, in the name also exists an implied and kind of comical inference to a part of the human anatomy. To illustrate this, place the term into a common phrase of motivation: “Time to light a fire under your Southern End.” I’ve run into a few people in places like, say, certain townships along Route 30, who have considered the Southern End the posterior of our county. 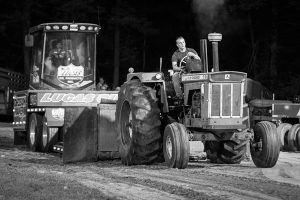 My Penn Manor education, however, proved to be just as good as any other in Lancaster County, the family life just as vibrant, the experience as fulfilling. Yes, the fabric of the Southern End is woven with mud bogs and demolition derbies, rickety boat docks and lime green ponds covered in stagnant algae, where before rain storms the farmers sling some good ol’ “fresh country air,” and a late summer fair in Quarryville that takes itself so seriously, should you ask someone where the amusement rides for children can be found among the show cows and animal stalls, she’ll shake her head and say, “We don’t do that here. You got the wrong fair. You need to be in Etown.” Well, okay then. 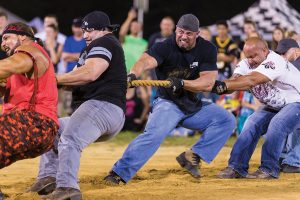 The fabric, however, also includes the Pinnacle in autumn splendor; of fishing for sunnies from an aluminum boat at Muddy Run; of tree-filled hollows carpeted with vanilla-colored trillium and purplish bluebells; and endless hills of corn, wheat, soy and more. The whitetail deer with steps as soft as falling snow that wander into the yards, and speaking of snow, our sled- riding hills in terms of size and grade could not be matched. There are Little League fields where white-headed dandelions outnumber the players by at least 100-to-1, but the game is the same as it is anywhere else, and a general store in Mount Nebo that once made, hands-down, no-contest, the single best stromboli, ever. Their secret was anyone’s guess. But, it still has no equal. 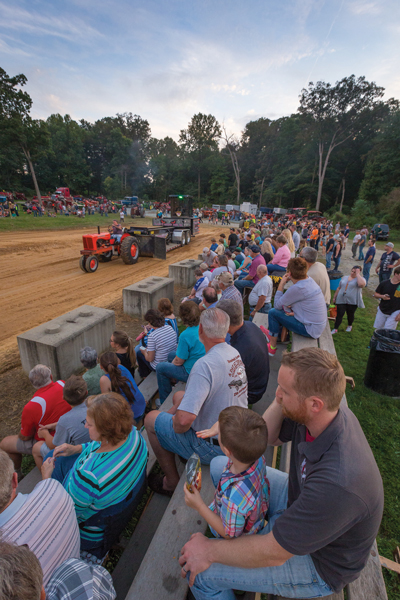 And, yet here I am, an hour’s drive from the house my parents had built in Holtwood. Here I speak fondly of the Southern End’s virtues, but I chose not to raise my children there. We are not “from” the Southern End.

My own parents, who “came from” suburban Cincinnati, pretty much threw a dart on the map and landed on Holtwood as a place to build a new house. Dad took a railroad track supervisor’s job, and “down there” in the fall of 1985, when I was just 6, the land was cheap and so was the cost to build a new house. For Dad, the house, as it stood on a ridgeline overlooking a valley of cornfields, where twice barns burned down, prompting my parents both times to invite the neighbors for the view from the back deck and more than a few beers (see, Southern End camaraderie), meant being “nearby” work. And by “nearby,” a person from the Southern End means about an hour away. My wife sometimes wonders how I can endure long vacation drives across the country, cooped up in the car, and my only answer is to say, “Marticville Road, twice a day, an hour each way, to and from school, every day.”

Holtwood, actually, proved to be, as George Clooney’s character in O Brother Where Art Thou? might describe it, a “geographical oddity.” It seemed our house was 45 minutes from everything – grocery stores, movie theaters, the high school, the homes of classmates, Park City and so on.

My wife and I didn’t want that for our boys, or for ourselves. We chose to be within 15-minutes of all those amenities, and we don’t regret that. We also wanted for them a neighborhood teeming with their peers, kids to ride bikes with or shoot basketball out in the driveway. If, as the narrator of the Wonder Years once said, that growing up is a series of advances and retreats, then our boys will march in a legion of their own peer group. 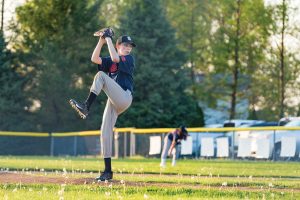 Loneliness and boredom marked much of growing up in Holtwood, since just a few kids my own age lived within a reasonable bike ride of our house. However, loneliness and boredom proved to a powerful motivator once a kid like me decides he’s had enough of both, which I did the summer I was 13 years old. I couldn’t sit around the house any more. I crossed our road and entered Muddy Run Park, as wild to me then as Yellowstone must’ve been to the first pioneers. I dodged black snakes and copperheads, traversed trails and tall grass meadows, marveled at the views of the lake, surprised and scattered a grazing herd of deer. I felt like a rugged explorer. When I learned to drive, I found Tucquan Glen, then the Pinnacle, and by the time I was in my mid-20s, I was contributing articles and testing gear for my favorite outdoor magazines. 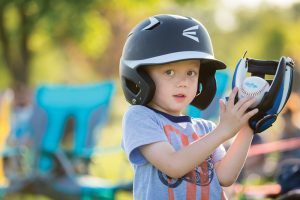 Don’t I want those experiences for my children? Of course, I do. But, I moved to a neighborhood that doesn’t have a Muddy Run Park across the street because, in part, it gives our boys blessings I didn’t have. Neighbors with kids, for one thing. I can’t force them to replicate the experience of my childhood in the Southern End because it belongs to me, and they deserve to have one of their own. The shared experience of this neighborhood will shape our boys and their friends, the way the Southern End did me, and maybe I’ve learned since leaving the Southern End a shared experience is better than a lonely one. 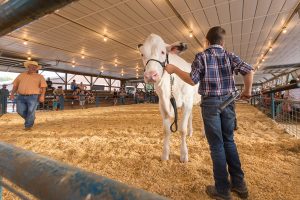 Still, from time to time, I feel the pull of where I was “from.” It’s the need to take a long drive, to turn the GPS off, to turn left instead of right. So, I head south, where I can see the sun turn wheat fields gold, feel the breeze as it waves the corn stalks, touch with bare feet the coolness of the streams, walk backwoods trails, stop at roadside stands and taste the fresh produce. It’s refreshing to once again feel as if I’m 45 minutes from everything, to tap into, as our boys while trying to solve the many puzzles of adolescence seek the guidance of their parents, the experience of where I was “from” and to provide the best perspective I can. 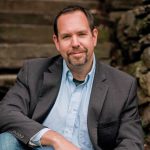 Dave Pidgeon is a writer and photographer who was born in Cincinnati, grew up in Holtwood and now lives with his family in East Hempfield Township. To learn more, visit creativelygenuine.com. 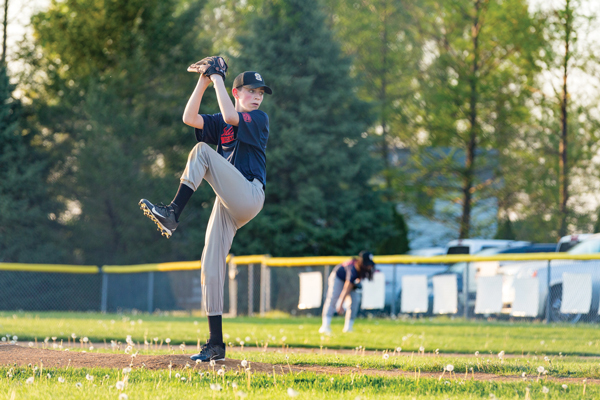