Can you imagine having the opportunity to choose from among 400 flavor combinations of whoopie pies? If that sounds like a dream come true, mark your calendars for September 10, which is billed as “the most delicious day in Lancaster County” by Hershey Farm Restaurant & Inn, whose annual Whoopie Pie Festival is back on the calendar. 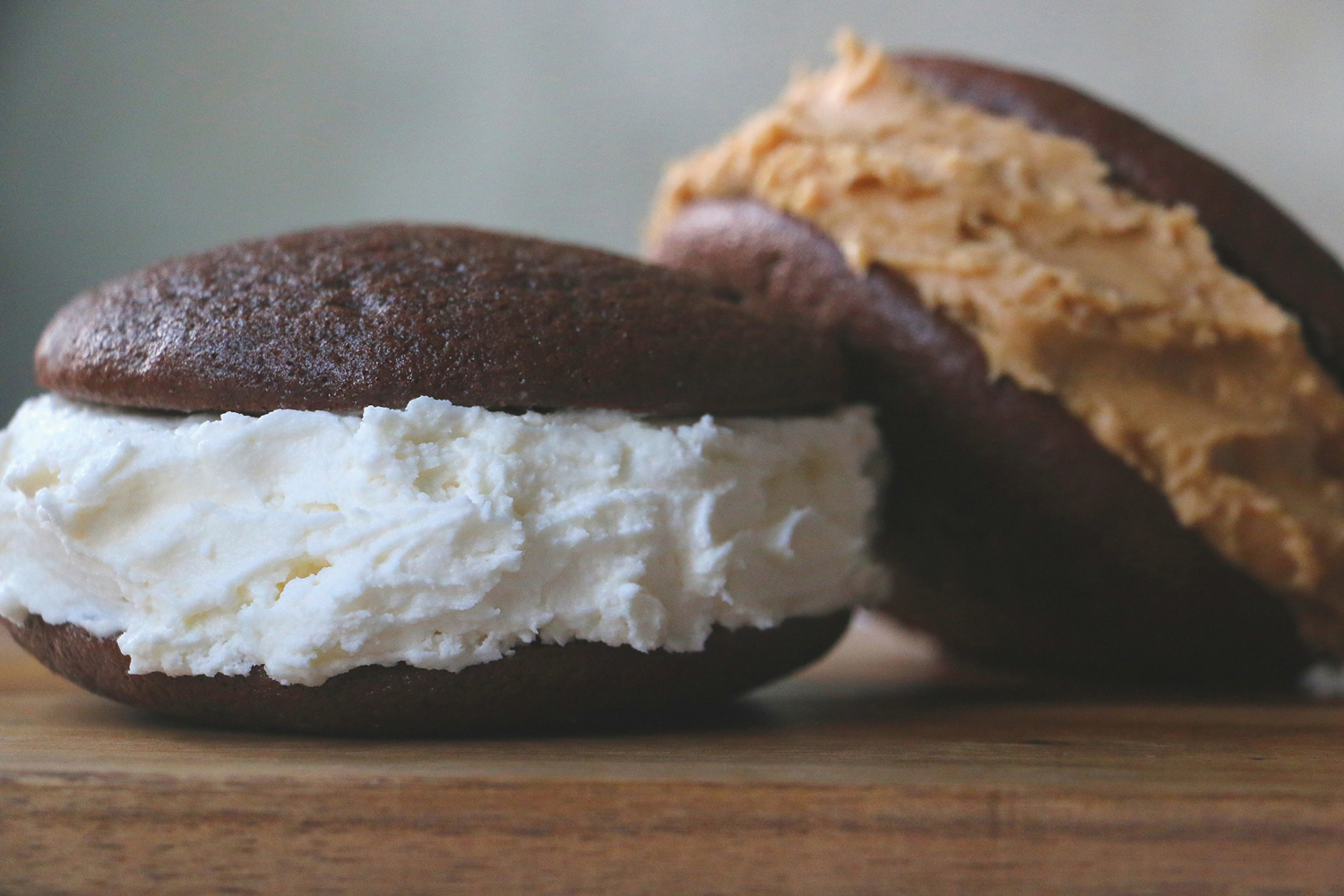 What started out in 2003 as a “sweet” little festival that offered 100 varieties of whoopie pies has grown into an extravaganza that features 400 flavor combinations, a day’s worth of entertainment and three satellite parking lots. The mind-boggling selection is achieved by pairing 20 cake flavors – as well as eight specialty flavors – with dozens upon dozens of filling flavors. New cake flavors for 2022 include pineapple-rum cake, blackberry sangria and oatmeal.

What enticing flavors will be on the menu? Fall’s favorite taste sensation, pumpkin, will be available with an assortment of fillings (how does salted caramel sound?). Chocolate lovers will want to sample a whoopie pie that’s been dipped in chocolate. There will also be several adult-only flavors (chocolate cake shells filled with Irish cream is one). Red velvet cake shells filled with marshmallow sound decadent. Confetti cake shells stuffed with cotton candy-flavored filling definitely will satisfy a sweet tooth. Can you think of a better way to start the morning than with coffee-flavored cake shells filled with mocha buttercream?

The festival also features whoopie pie-related activities including treasure hunts for the kids, an amateur whoopie pie-eating contest, a “whoopie” yelling contest and a create-a-whoopie-pie contest (all ingredients will be supplied). Shoppers will be able to peruse the offerings of crafters, makers and artisans. 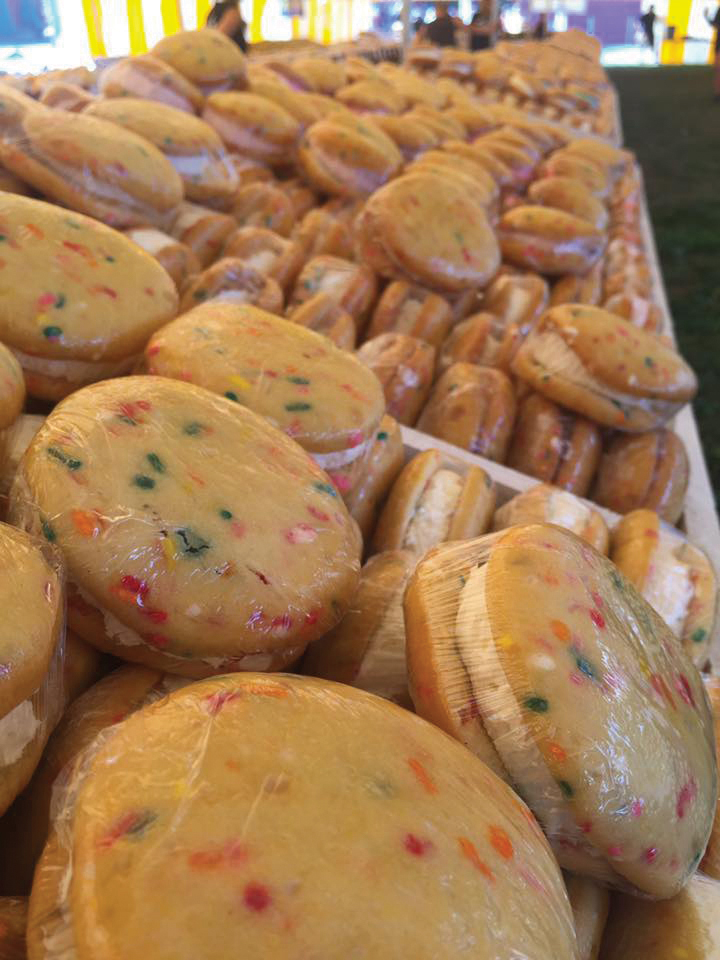 As you may know, the origin of whoopie pies has been a topic of heated debate for nearly a century. Pennsylvania, Massachusetts and Maine are among the states that lay claim to that honor. The latter two date their whoopie pies to the 1920s, courtesy of various bakeries that claimed they not only invented the original whoopie pie but also provided its name. Maine regards the whoopie pie as its official state treat.

As for Pennsylvania, the state points to its Plain population – notably in Lancaster County – as being the inventors of whoopie pies. Defenders of PA Dutch whoopie pies being the originals claim they date as far back as the old country. Legend has it that the thrifty Amish women would use leftover cake batter and frosting to create surprise treats for their husbands and children. Upon spying the treats in their lunch buckets, they would exclaim “whoopie!” Finding recipes or family history that substantiate the claim that Pennsylvania’s whoopie pies are older than the hills is next to impossible. (In the opinion of Maine’s whoopie-pie defenders, oral history does not count.)

Western PA also figures into the argument for the Keystone State: According to ancient history, the Harris-Boyer Bakery in Johnstown, trademarked a delicacy known as “gobs” in 1927. Legend has it that as a treat on one occasion, employees were invited to choose a dessert to enjoy on their break. One employee created his own by bonding two small chocolate cakes with frosting. Ownership took notice and gobs were created. The area’s folklore authority, Susan Kalcik, is of the opinion that the basis of the dense cake recipe used to create gobs is descended from Medieval Germany. 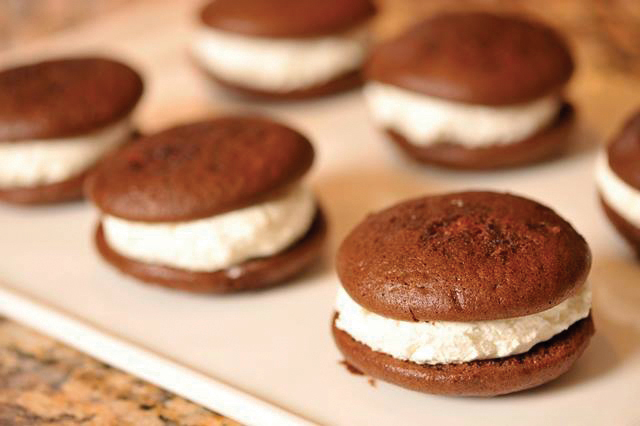 While they are a dead ringer for whoopie pies, the bakery named them in honor of the low-quality coal that is extracted from mines and discarded. Unlike whoopie pies that have adapted to changing tastes and are now available in adventurous flavors, gobs have stayed true to tradition and feature chocolate cake shells with vanilla filling, although it seems that red velvet and pumpkin flavors have made inroads.

One thing we neglected to discuss is the health benefits  – or lack thereof  – of whoopie pies. Regular-sized whoopie pies pack a punch – an average of 679 calories and 36 grams of fat (much of it the dreaded trans-fat variety). That probably explains the popularity of macaron-sized whoopies.

Bakeries are making attempts to make whoopies a little more healthy. For example, Hershey Farm’s festival features several gluten-free varieties. At Dutch Meadows Farm in Paradise, its owners work with about a dozen other small sustainable farms and businesses to provide consumers with healthy food. One farm, Walnut Run in Honey Brook, makes its whoopie pies (as well as other baked goods) with spelt. According to the farm’s website (dutchmeadowsfarm.com), spelt is easier on the digestive tract than are commercial grades of flour. Of course, suggestions for making healthier whoopie pies can be found online.