For every one of those “wine-as-a-health-benefit” stories, it seems like there are three “nope, not so fast” stories. Some even contradict themselves.

You’ve probably seen the stories on social media: “Glass of red wine equals one hour at the gym!” “The cardiologist who prescribes red wine.” “The fountain of youth may lie inside a bottle of wine or beer.” “Glass of wine with dinner helps you live longer, scientists claim.”

But it makes me think … Shouldn’t I be the thinnest, healthiest-hearted, youngest-looking person on the planet? Will I live forever?

Before you embrace these theories and head for the closest wine store, you need to consider the source for these theories. All too often, all roads lead to the Internet. For example, that “glass of red wine equals one hour at the gym” story came from a 2012 study by researchers at the University of Alberta. Principal researcher Jason Dyck and his team concluded that rats experienced an enhancement in endurance capacity and improved cardiac function during exercise while supplementing their diet with resveratrol for 12 weeks.

Resveratrol is a polyphenol with antioxidant properties. It’s found in peanuts, dark chocolate and the skins of several fruits, including blueberries, cranberries and red grapes. Because red wine gets its color from fermenting the juice in contact with the grape skins, it contains resveratrol. (White wine contains very little resveratrol since it does not ferment with the grape skins.)

But back to the rats. Dyck’s study shows the rats who received resveratrol had increased whole body oxygen consumption, increased whole body fat oxidation, overall improved cardiac performance and improved insulin sensitivity. The researchers note this is especially exciting for individuals for whom intense exercise is difficult, including those with diabetes or heart disease.

Then after a brilliant, whisper-down-the-lane social media frenzy, it’s concluded that we can now just stay home and drink a glass of wine rather than working out. The study got so misconstrued that last January, the University of Alberta posted a follow-up on its website which begins, “Red wine is no excuse not to hit the gym, period.” Researcher Dyck is quoted as saying, “If you’re drinking red wine to get resveratrol, you would have to drink anywhere from 100 to 1,000 bottles per day.”

To break through the hype, I contacted three Lancaster County health professionals for their opinions on the health benefits of wine.

Dr. Justin Roberts, a cardiologist with The Heart Group of Lancaster General Health, reports that he has had patients ask him specifically about the wine-instead-of-workout story. “With every kooky study that comes out, my patients ask me questions,” he says. “I don’t put much stock in stories like that.”

Dr. Lokesh Gowda, an interventional cardiologist with Wellspan, says a notable downside of all the red wine hype is that most of the resveratrol studies have been on animals, including rodents and pigs. Dr. Gowda wasn’t aware of any human studies. “We would need to ingest so much that we couldn’t do it on humans,” Dr. Gowda says. “I doubt it would ever happen.”

And Dr. Roberts echoes that concern. “You need to study literally tens of thousands of patients to show incremental change,” he says. “To see measurable change or provide a meaningful outcome, you need a huge number of patients.”

But there is some good news: In a recent online column he authored, Dr. Roberts (who enjoys an occasional glass of wine himself) cites several health benefits of wine, including the potential to raise HDLs (“good” cholesterol), lower heart attack risk, reduce risk of stroke and diabetes, and lower blood pressure.

The problem is that there are certain patient populations who should never ingest alcohol, regardless of potential benefit. According to Dr. Roberts, they include patients with weakened heart muscles that result from congestive heart failure and other serious coronary issues. For those folks, the negatives of alcohol outweigh the positives of resveratrol.

And Dr. Gowda points out that neither the American Heart Association nor any other professional institution or organization has recommended that you should start to drink wine if you don’t already drink it.

But what about that story, “The cardiologist who prescribes red wine”? “That shouldn’t be happening,” he laughs.

Linnae Good, a registered dietician and licensed dietician/nutritionist with Wellspan’s bariatric surgery program, brings any and all health benefits back to the age-old recommendation of moderation. She describes moderation as one 5-ounce drink per day for women and two 5-ounce drinks per day for men. But she cautions against alcohol use in certain populations including pregnant women, those with a history of or propensity to addiction and bariatric surgery patients. She says she enjoys wine in moderation, as she is not in any of the high-risk population groups. “There are a lot of opinions on both sides of the fence,” about alcohol consumption, she notes. “And there’s a fine line between moderation and over-doing it.”

Dr. Gowda mentions that while alcohol can reduce blood pressure in moderation, it can increase blood pressure if you drink heavily. It can also cause cirrhosis, obesity, high triglycerides, addiction, and it can cause the heart to weaken.

Dr. Roberts encourages people to discuss alcohol consumption, including wine, with their doctors to come up with individualized recommendations. But overall, “I think the people who derive the most benefits from wine are the folks who are anywhere from 21 to 55 [years old], who don’t have a lot of medical problems,” he says, “not the folks with a lot of established medical problems who are taking medications that may interact with alcohol.” 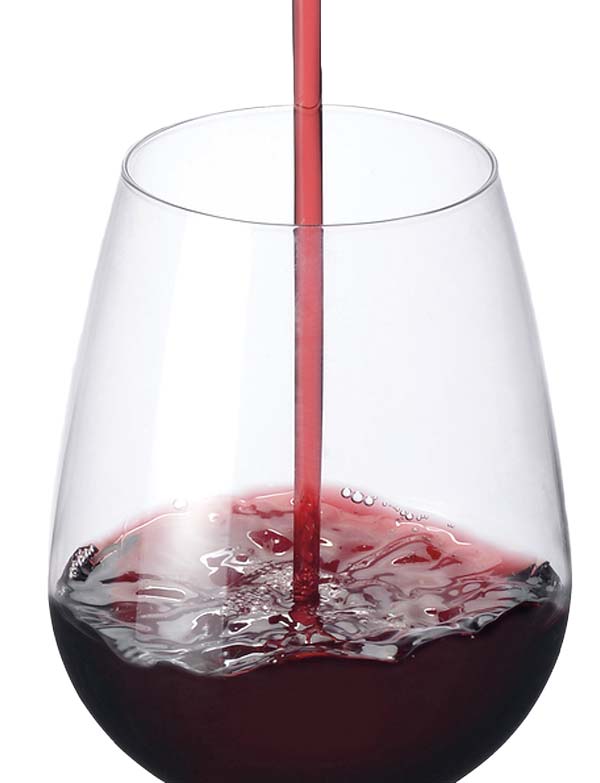