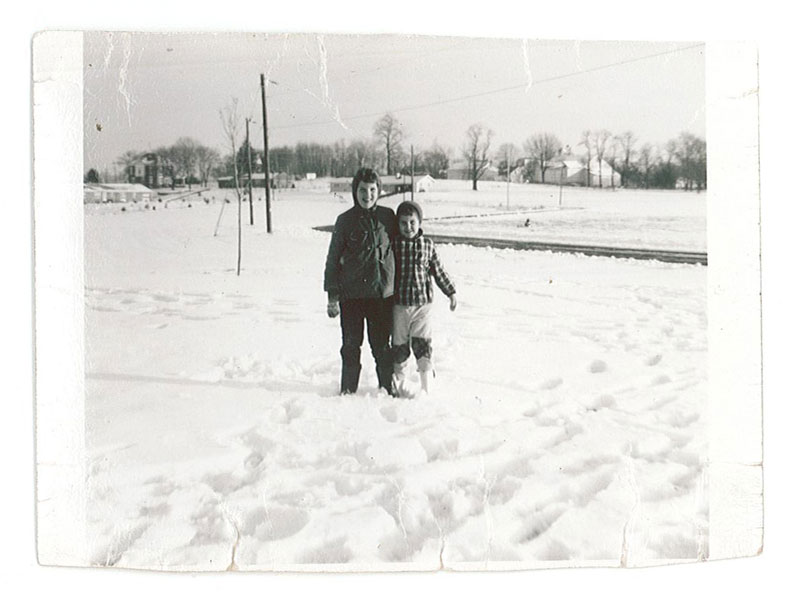 Reading Seth Dochter’s column about the activities offered at the Regency Ice Rink brought back childhood memories of ice skating and sledding the winter away. I don’t know if it’s my imagination, but when I was a kid (in the dark ages), it seemed as if we had snow on the ground all winter long.
My fist memorable snowfall was the Blizzard of 1958 (February 15-16), when a mere 14 inches fell and knocked out electricity all over the county. The second was in 1961 (February 3-4), when 17 inches of snow blanketed the county. By today’s standards, that’s not impressive, but considering that 40-mile-per-hour winds were whipping, snow drifts were as high as 12 feet. Schools were closed for what seemed like two weeks; each afternoon the neighborhood kids would gather around someone’s transistor radio to listen to the school-closing announcements on WLAN, and each day we’d rejoice when we heard Hempfield would be closed for yet another day. We entertained ourselves with marathon games of Monopoly and gigantic jigsaw puzzles.
When school finally resumed, we were in awe of what the Harrisburg Pike looked like. Barely wide enough for two cars, let alone school buses, the plowed and drifting snow was piled nearly as high as the electric lines. It was scary – you felt as if you were traveling through a white tunnel.
however, nothing is more scary than driving in the snow in the D.C. area. Mere rain showers create complete havoc on the roads, so you can only imagine what snow does. I was a member of a six-person car pool. As my fellow commuters were all from the South, I always had the honor of driving when it snowed.
On the morning of January 13, 1982, it was starting to snow when we left Woodbridge, Virginia, for D.C. By noon it was coming down, and phones lit up all over the region. Carpoolers were determining when they were getting out of Dodge. Needless to say, not a lot of work got done on snow days. The snow grew heavier. The government released its employees en masse at 2 p.m. Private offices did the same. Gridlock ensued. People were in the intersections trying to direct traffic. It took us two hours to drive from the area of the White House to the 14th Street Bridge.
Just as we approached the bridge, we heard on the radio that an airplane had struck it and plummeted into the Potomac River, taking cars with it. That was Air Florida 90, which had sat in the line for take-off at National Airport for two hours after being de-iced. As the plane flew down the Potomac, it was unable to gain altitude because of the ice build-up.
The scene on the bridge was pandemonium. Co-workers of mine were near the impact zone. People were throwing anything that floated from their cars to survivors who were struggling in the river’s icy waters. Seventy-eight people died that day.
Emergency responders were able to turn the traffic around on the D.C. end of the bridge, so we headed up Constitution Avenue in hopes of circling around the National Mall and taking Memorial Bridge. Again, we found ourselves involved in a disaster! The first subway crash had occurred along that route. We were directed to head for Capitol Hill. We encountered yet another disaster. A building was on fire!
Eight hours after leaving our offices, we finally made it back to Prince William County in Virginia. Thirty miles in eight hours. I was exhausted!
let’s get back to Seth’s column. As I said, I remember spending my after-school hours and weekends either sledding or ice skating. It made me wonder if people still ice skate at Long’s Park. Deb Martin Berkoski, the maintenance supervisor at the park, tells me that while there are no signs posted that ban skating, park personnel do not measure or test the ice, and as a result, advise visitors to stay off.
I’m sure a lot of baby boomers have fond memories of skating at the park. As soon as the ice was deemed safe, the place would be packed with skaters. On Saturday nights, a bonfire kept visitors taking a break warm and toasty.
On Sundays, we’d often go skating at Nickel Mines, where we shared the ice with Amish ice hockey teams. I wasn’t crazy about that pond. The ice was always crystal clear, and the water beneath it appeared to be black as night. I was terrified of falling through.
When I think of sledding, I have to shake my head. It’s a wonder we survived. After a snowfall, the boys in the neighborhood would head for a tree-shrouded hill known as Roundtop. They’d pack the snow down on the gravel road that circled the hilltop and create trails through the woods that had varying degrees of difficulty, especially if you went down train-style. It took them days to create our own private amusement park. We’d be up there for hours on end!
Now, when I think back on how dangerous that steep hill was – not to mention the trails that snaked through the trees – I’m thankful to have not suffered a broken bone or worse.
But, the fun wasn’t to last – Route 30 came through and ruined it all. I don’t think I’ve gone sledding since then. And, I can’t remember the last time I went ice skating. Do kids even ask for ice skates and sleds for Christmas anymore? Now, it’s a pain to pull on boots and all the winter gear to take the dog out. I’m ready for spring!
– Suzanne Starling-Long