With the pandemic in our rear-view mirrors, we’ve been celebrating life’s special moments in grand ways. We invited readers to share their milestones and received photos from birthday and anniversary parties, weddings, showers, nonprofit events, awards honorees, business owners and more. 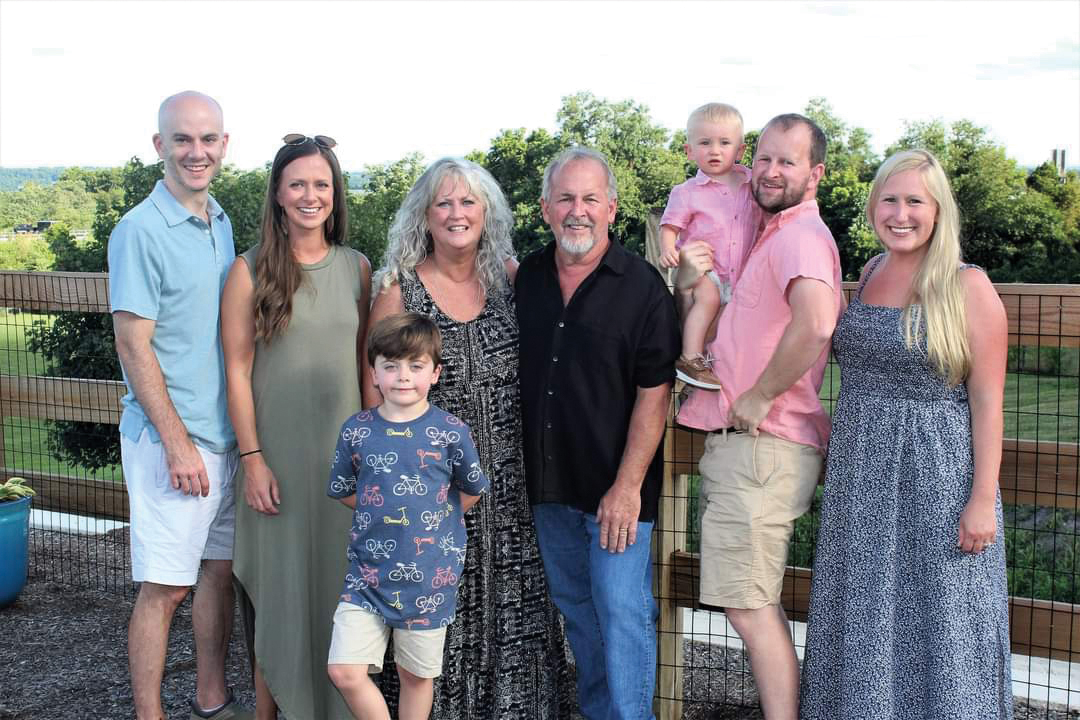 The McKains celebrated their 40th wedding anniversary with friends and family at The Vineyard & Brewery at Hershey on July 30. Their story began with a blind date that was arranged by friends. “I never was on a boat or water-skied,” Colleen recalls of their introduction. “I did both that day and he still called me!” They were married two years later on June 19, 1982, at the Evangelical Free Church of Hershey. The McKains live in Elizabethtown – “The same home when we got married,” notes Colleen. They are the parents of Wade, who lives in Maryland with his wife, Tina, and their son, Carter, and Kylie, who lives in Pittsburgh with her significant other, Matthew Compton, and the McKain’s first-born grandson, Wesley. Vineyardathershey.com. 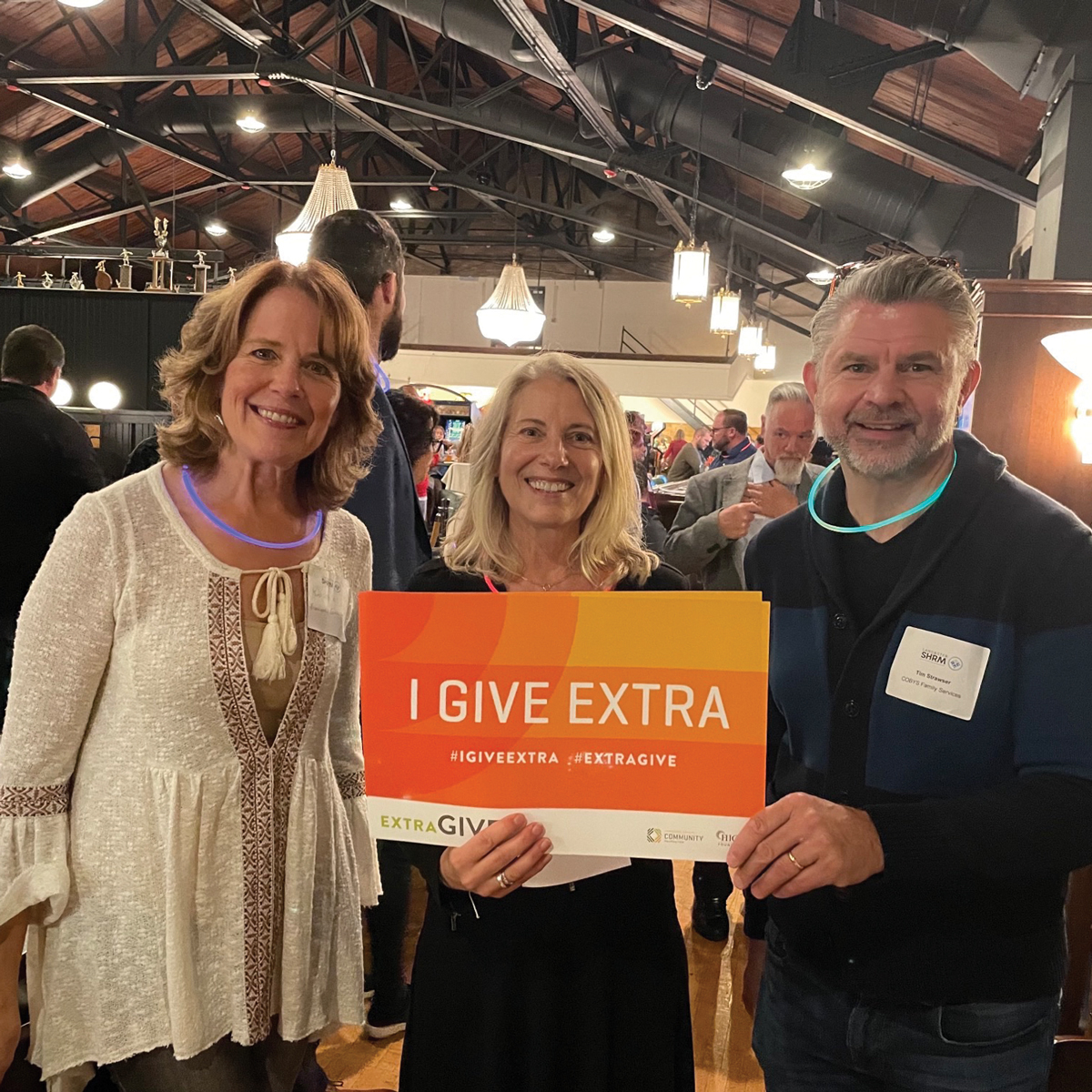 At the society’s membership kickoff – HR Rocks – on November 2, the featured speaker was Tracy Cutler of the Lancaster County Community Foundation, who presented a program on 2022’s ExtraGive, which was held November 18 and raised more than $10 million for community organizations. Held at Decades, HR Rocks featured fun and games and most importantly, “raised” 67 pounds of Thanksgiving donations for the Lancaster County Food Hub. For membership information, email info@lancastershrm.org. Decadeslancaster.com. 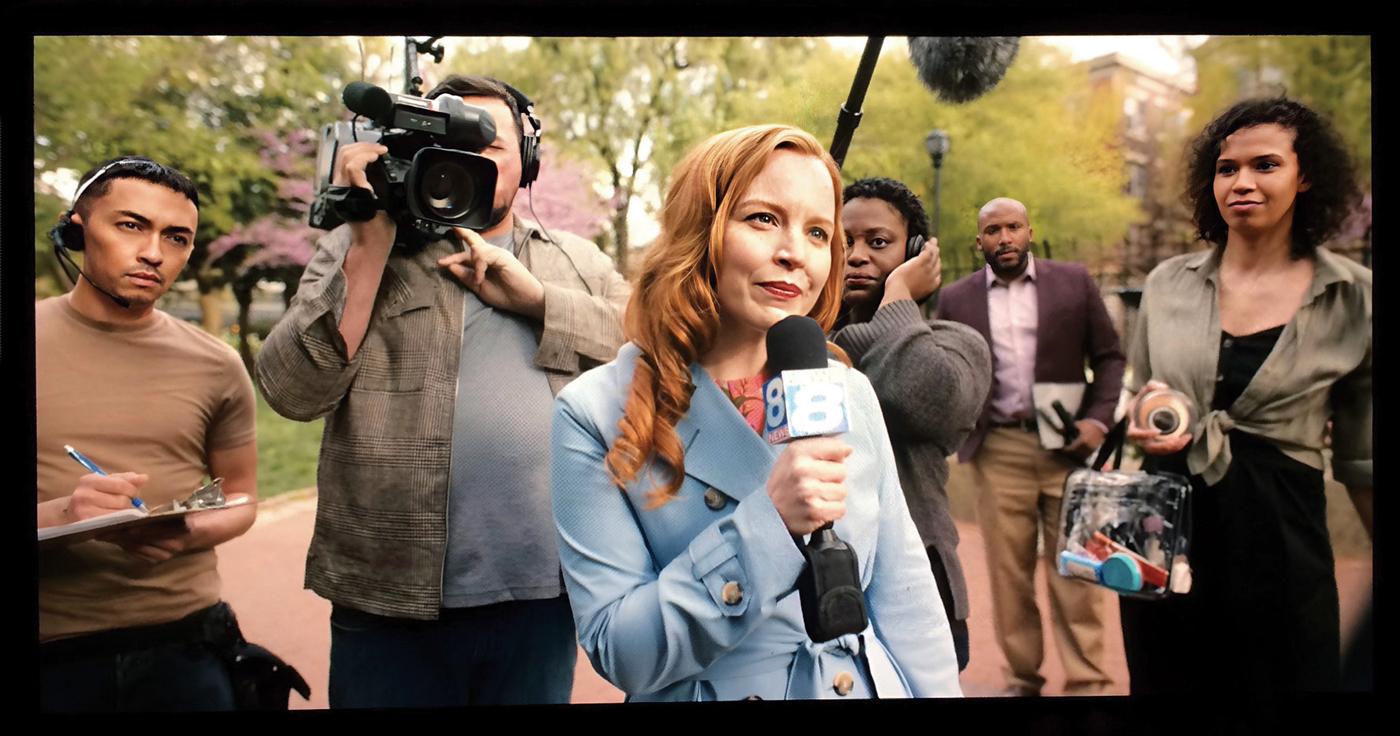 Lionel celebrated being part of the cast of Servant, a supernatural horror-thriller series from Tony Basgallop and M. Night Shyamalan that streams on Apple TV. (Season 4 premieres January 13.) The storyline follows a Philadelphia couple who are in mourning after a tragedy that ultimately creates a rift in their marriage and opens the door for a mysterious force to enter their lives. Lionel (pictured above, far left) is excited that the opportunity now qualifies him to become a member of the Screen Actors Guild.

Lionel is also celebrating the fact that his business – Revolve Atelier – survived the pandemic and is thriving. Located in Neffsville, the hair and makeup salon/barbershop opened its doors in 2019. “It’s been a challenging few years,” he admits. “But we survived the shutdowns and restrictions. This year [2022], we became completely debt-free!” Find them on Facebook or Instagram @revolve.atelier. 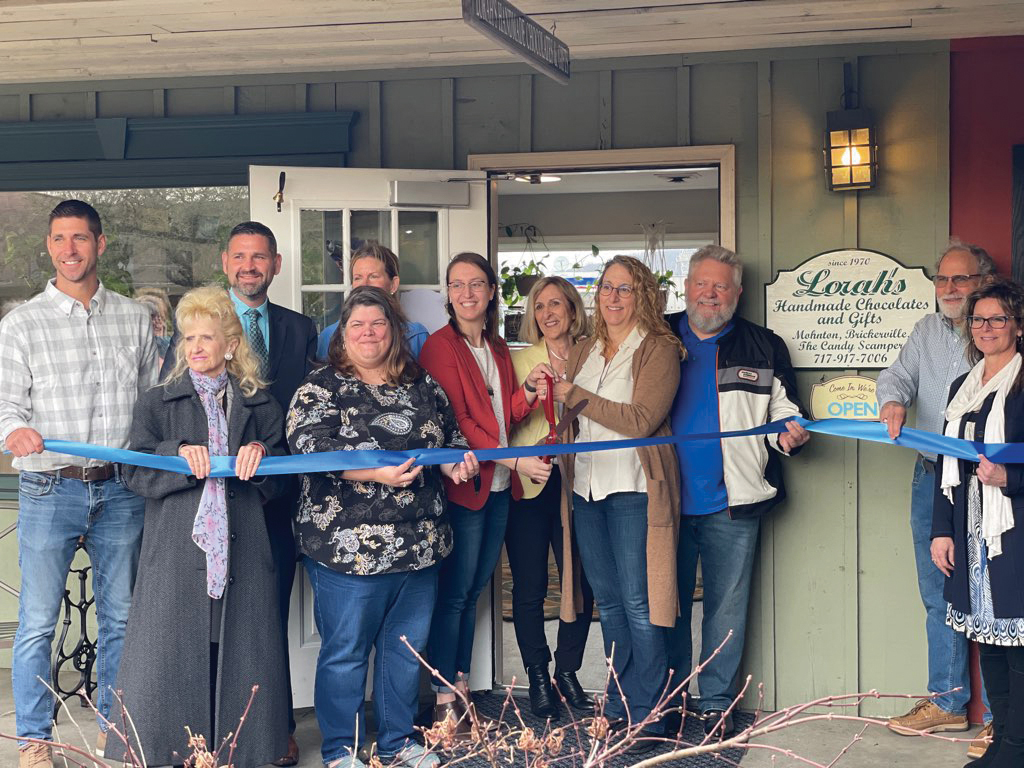 Maria Lorah Harvey took a big step last year by opening a retail store at Bricker Village on March 31. Lorah’s is a family enterprise that was founded by Ruth Lorah in 1970. Ruth learned the art of making chocolates from her aunt and uncle, George and Effie Miller, who resided in Denver. Maria then assumed the role of family chocolatier, buying the business in 2009 and naming it Lorah’s Handmade Chocolates. The emphasis on handmade – using the freshest ingredients – remains a hallmark of the business. The made-from-scratch menu features bark, caramel, cream, ganache, truffle, cordial/shot, dried fruit and nut varieties. The success of the shop has already prompted an expansion – it doubled in size last month and includes an area dedicated to The Market at Lorah’s, where you will find treats from other local artisans, bakers and businesses. Lorahschocolates.com. 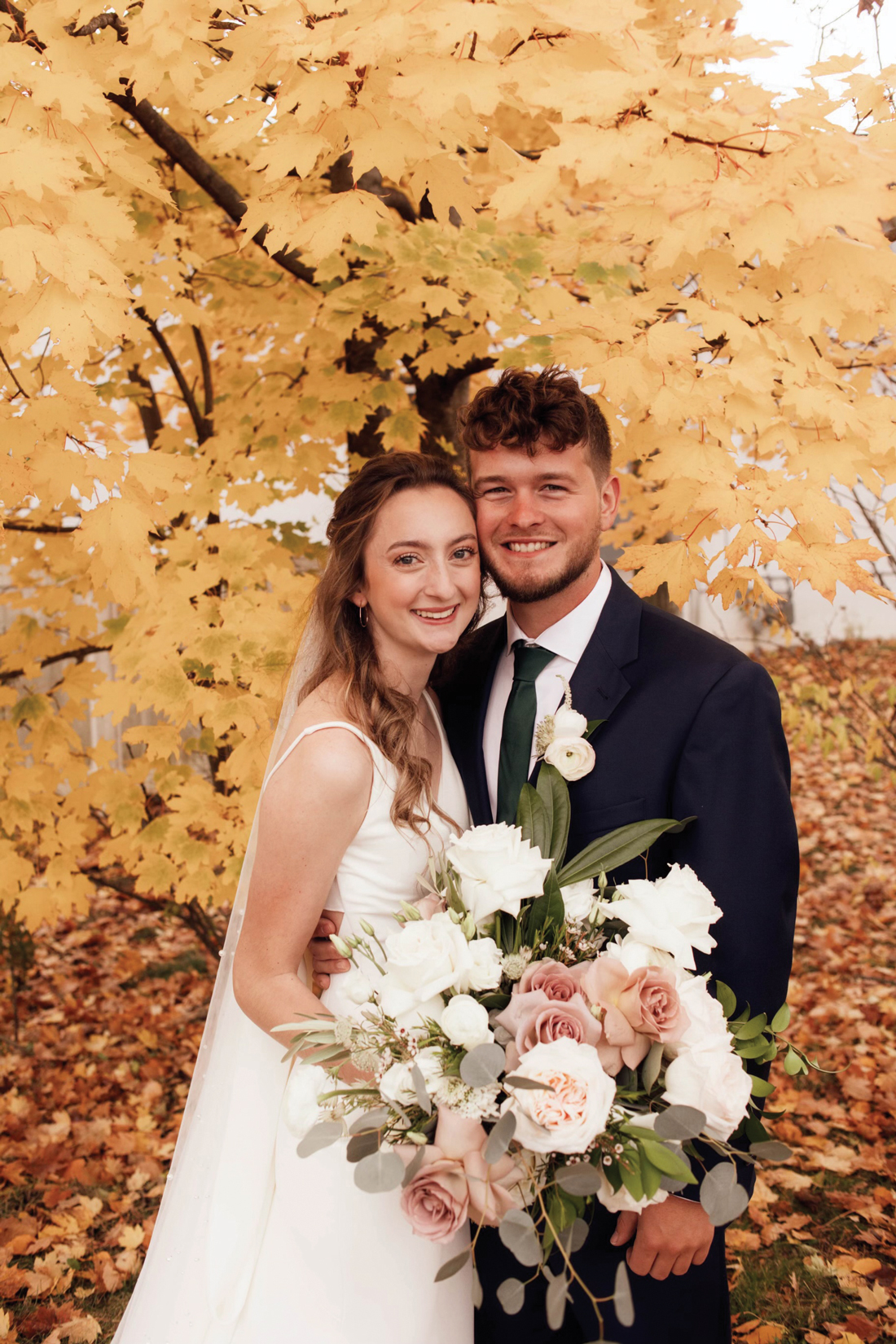 Abigail and Chad, who were wed on November 1, held their reception at The Booking House in Manheim. According to Sarah Klausmair, who is a friend of the couple’s, “It was a beautiful wedding and wonderful way to celebrate their love. Not only were they surrounded by friends and family, but Chad surprised Abby with a new addition to the family – a golden retriever puppy they named Booker in honor of their wedding venue.” Thebookinghousemanheim.com. 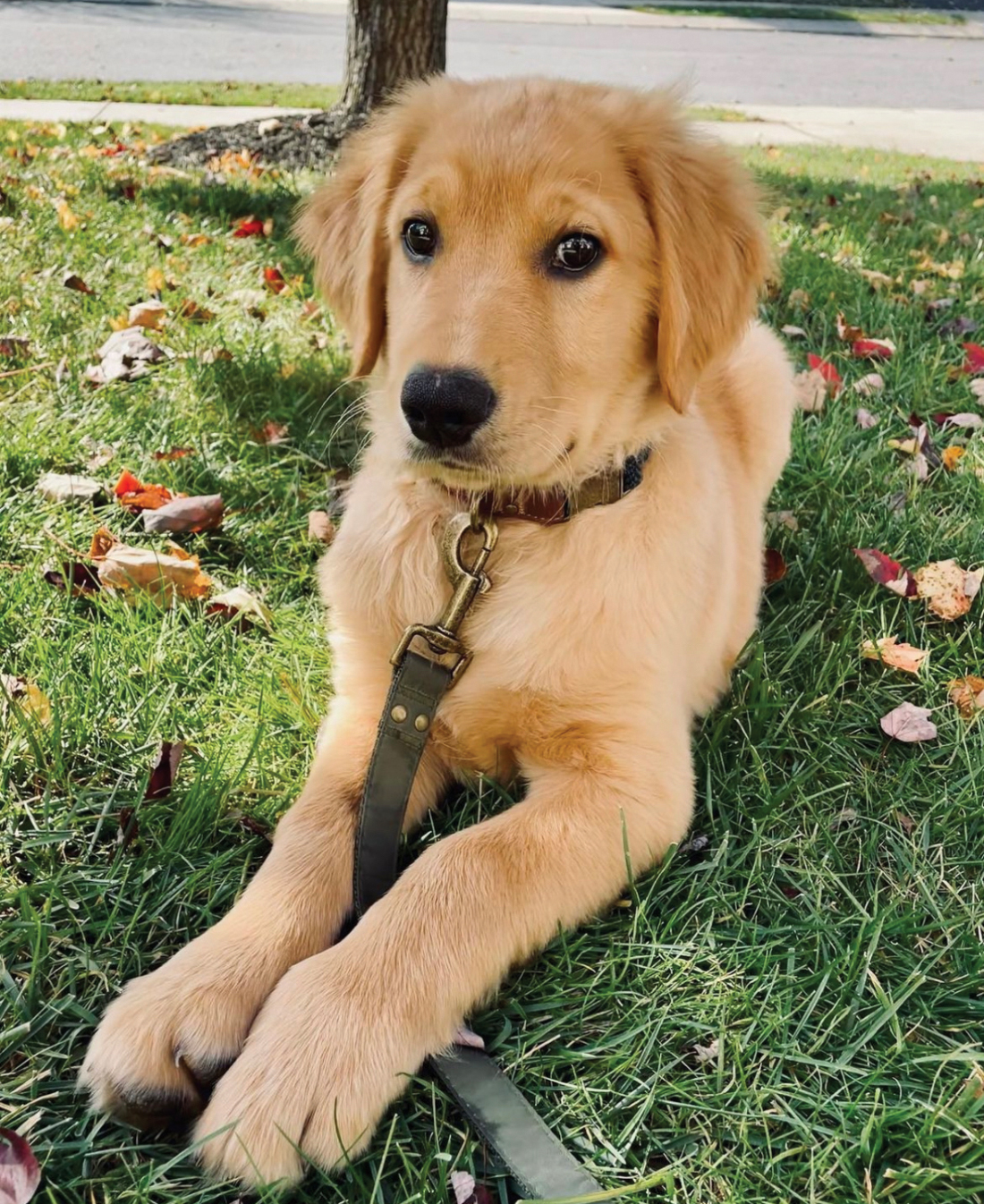 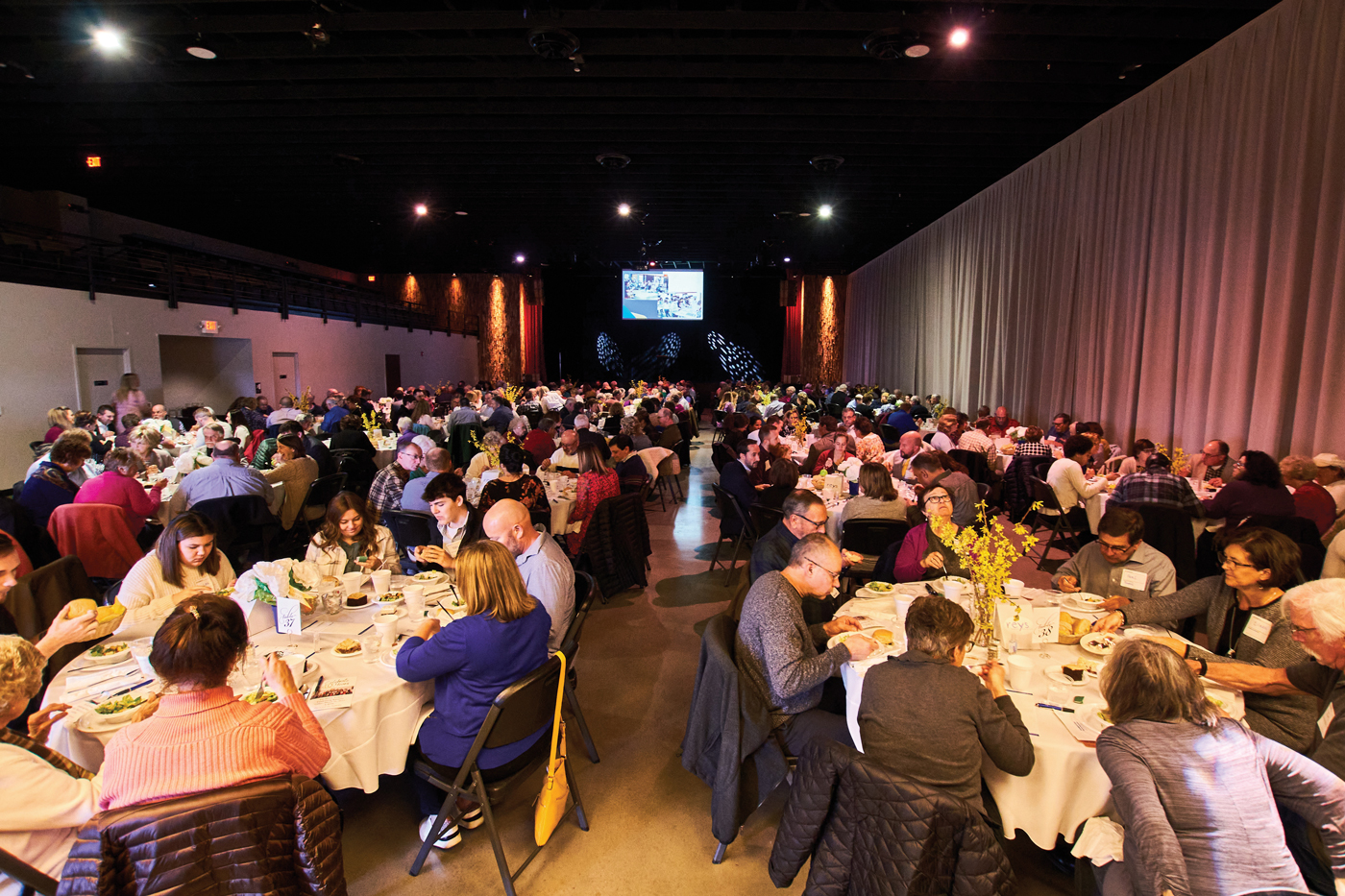 Located in Mount Joy, REYS is a Christian youth center that celebrated its 40th anniversary in 2022. According to executive director, Cristina Paden, REYS has “faithfully reached local youth in Christian love and has provided spiritual direction, social support and academic assistance to hundreds of at-risk youth.” The milestone anniversary was celebrated on March 26 at Landis Hall at The Junction Center. Reys.org. 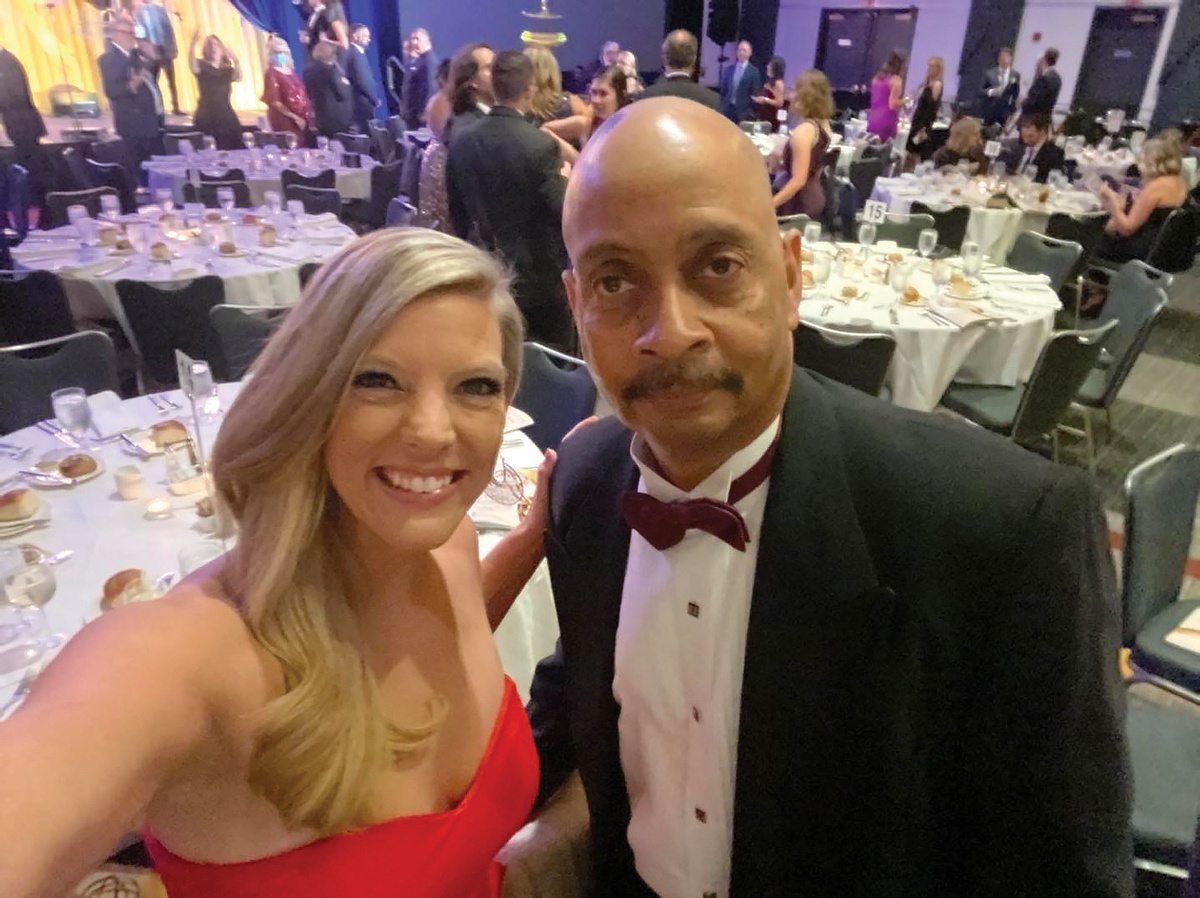 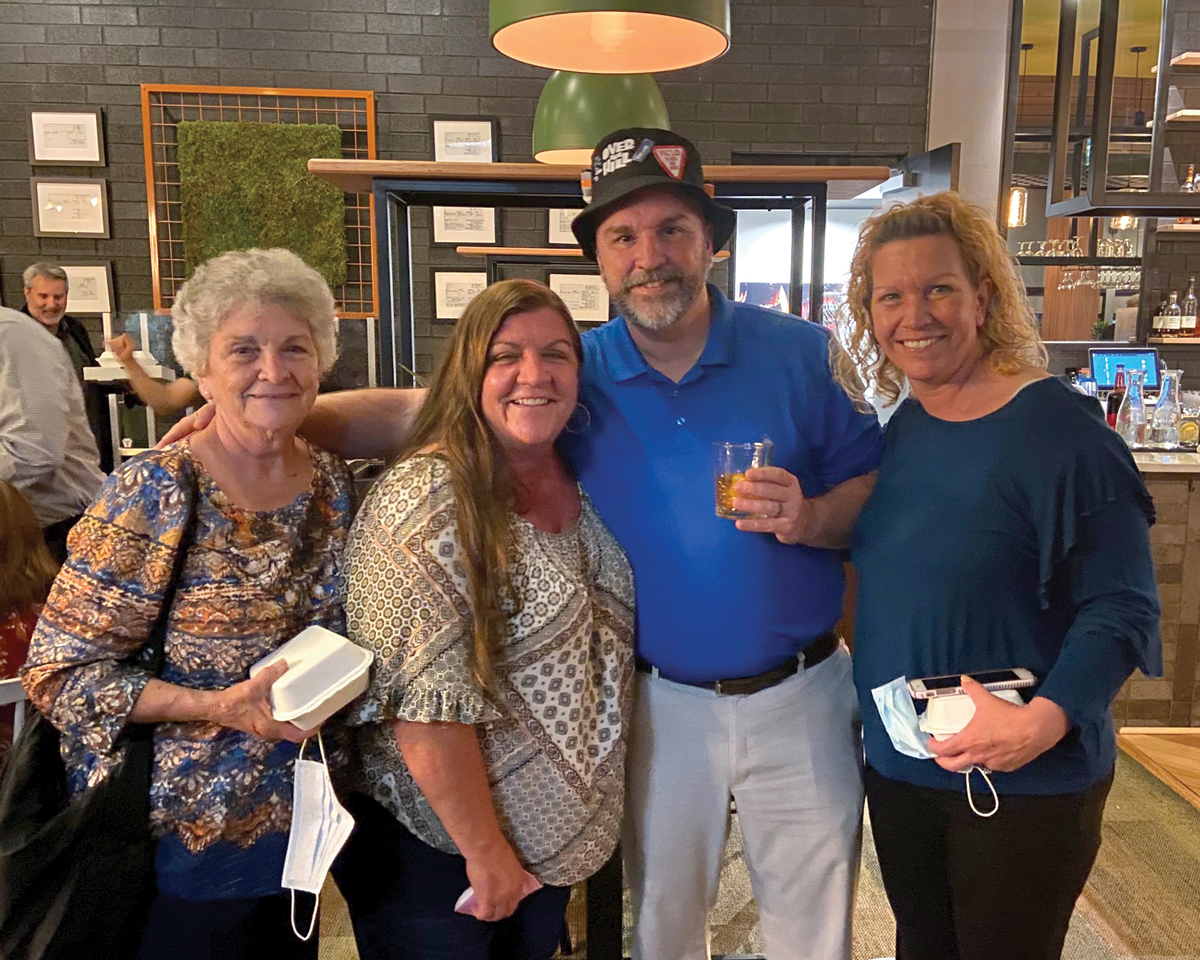 Celebrating a milestone birthday – in Dave’s case, the big 5-0 – called for a celebration, so his girlfriend, Katie Smith, swung into action and planned a surprise birthday party at Per Diem, which is located in the Hotel Rock Lititz. “It’s two miles from our house and has become a favorite of ours,” she says of her choice of venue. “We like it for its great food, service and ambiance.”

The party, which was held April 10, was a complete surprise and served as a family reunion of sorts, since Dave had not seen his mother, cousins or aunt in about a year. In the photo, Dave is pictured with (left to right) his aunt, Peg Dengler, and his cousins, Kim Dengler and Sharon Dengler Zimmerman. “It was a wonderful night  – we truly enjoyed ourselves – after all the stress and worry of Covid restrictions,” Katie reminisces. “His friends covered his car in posters in the parking lot while we were eating dessert.”

As for turning 50, Katie reports that “Dave claims he is still 25, so I would say he isn’t wild about admitting he is 50.” Perdiemlititz.com. 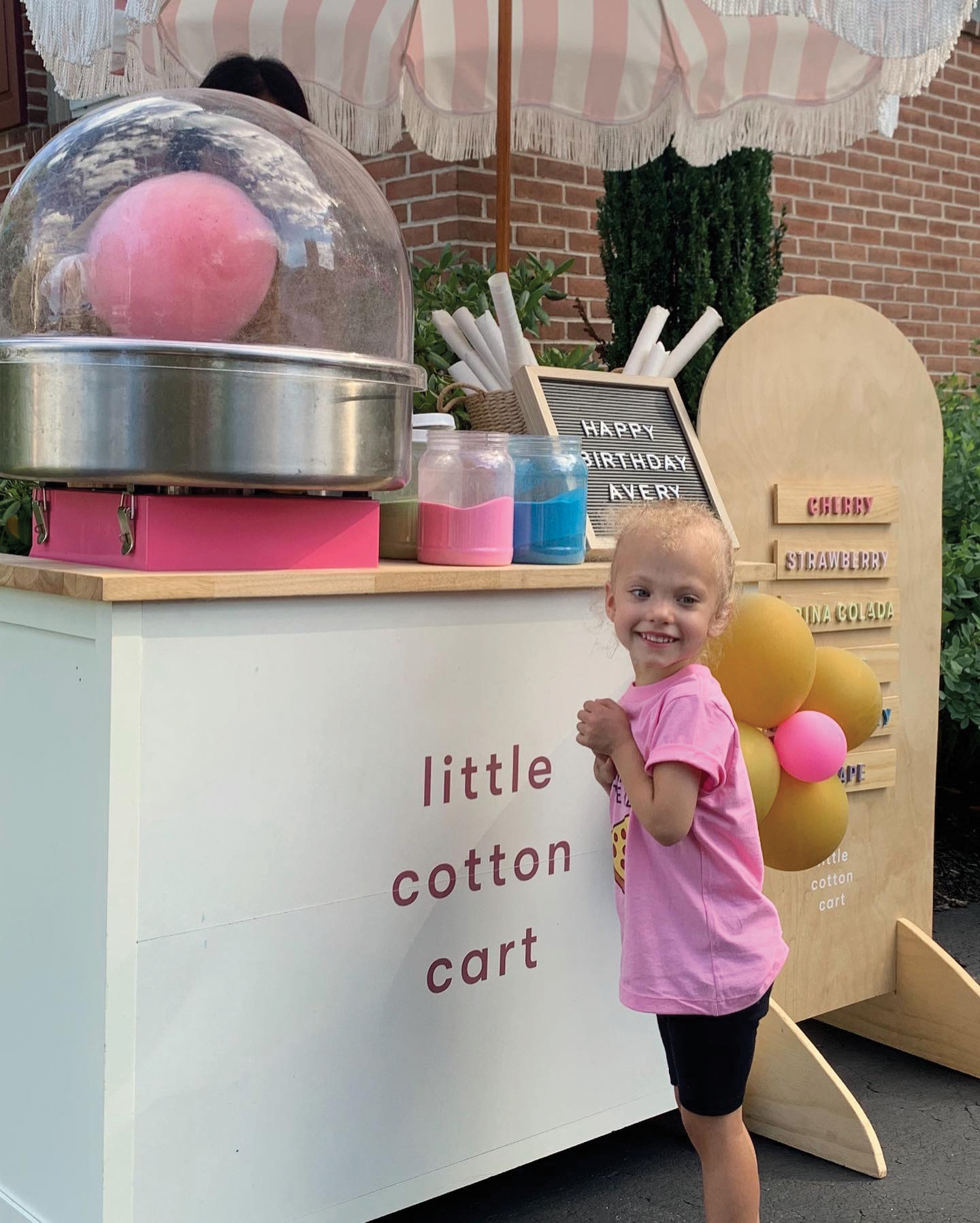 Little Avery turned 3 on July 16 and her parents, Angela and Maurice Williamson, decided a party was in order. The festivities, which were held at the Williamsons’ home, included a guest list composed of family and close friends. Angela decided to amp up the menu and secured the services of the Little Cotton Cart and Pizza Tent. “I discovered Little Cotton Cart on Instagram,” Angela says of the service that touts its mission as “spreading a big pouf of joy” through cotton candy (six flavors served in classic paper cones, bags or fancy glasses). “It was wonderful, everyone enjoyed it,” Angela notes. As for Pizza Tent, the mobile, pop-up pizzeria (think wood-fired pizza oven on wheels) specializes in New York-style pizza. Catering small events such as Avery’s birthday party is Pizza Tent’s forte. Littlecottoncart.com and pizzatent.net. 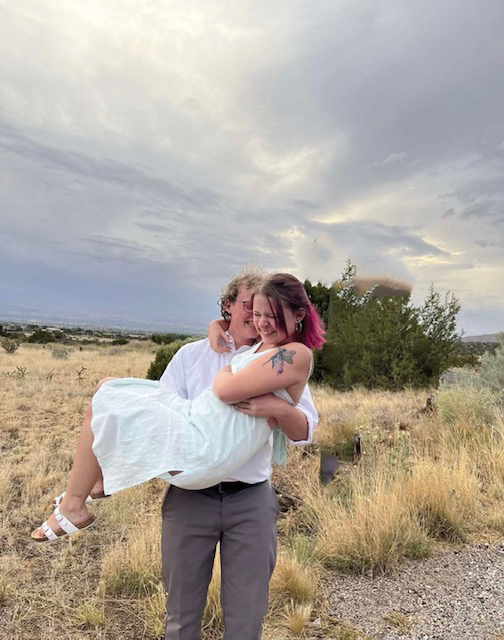 You just never know when Cupid is going to work his magic! Lancaster native, Rita Stebbins, is a student at the University of New Mexico in Albuquerque. Nick, who is a native of Albuquerque and attends a community college in the area, was friends with students who lived across the hall from Rita and often visited them. Through her dorm neighbors, Rita got to know Nick and the rest, as they say, is history.

The two eloped (crazy kids) on June 25 and were married in the desert by a “minister with a broken arm.” Witnesses included one of Rita’s sorority sisters and the minister’s wife. 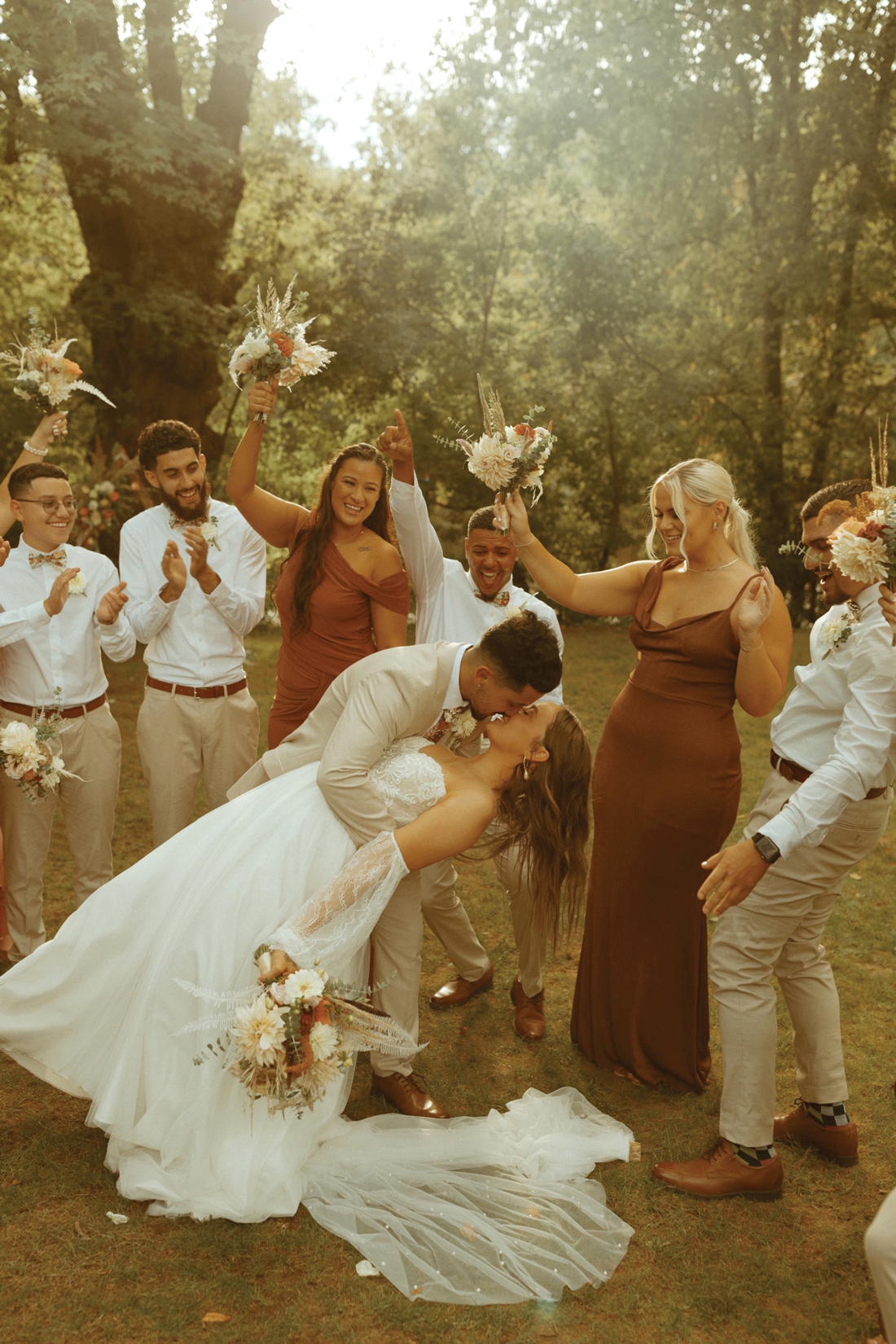 Jillian and Ricky’s wedding, which was held at Riverdale Manor on September 10, celebrated a lifelong relationship that only promises to grow in love and devotion. The two met in elementary school and were instant friends. It grew more serious when they began dating in high school. As for the proposal, Covid was the culprit in causing Ricky to make a pivot. “He was planning a big proposal in front of both of our immediate families, but we were in the middle of Covid and we couldn’t all get together,” Jillian explains. Instead, he proposed at their home on July 27, 2020. “It was just us and our dog, Chandler,” Jillian recalls. “He didn’t want to wait any longer!” she adds of his proposal. Nonetheless, family got to celebrate the momentous occasion with them via FaceTime.

Jillian says the “best part of the wedding was our ceremony – the love we felt from each other and our family and friends who were there to celebrate with us, was truly special.” Riverdalemanor.com. 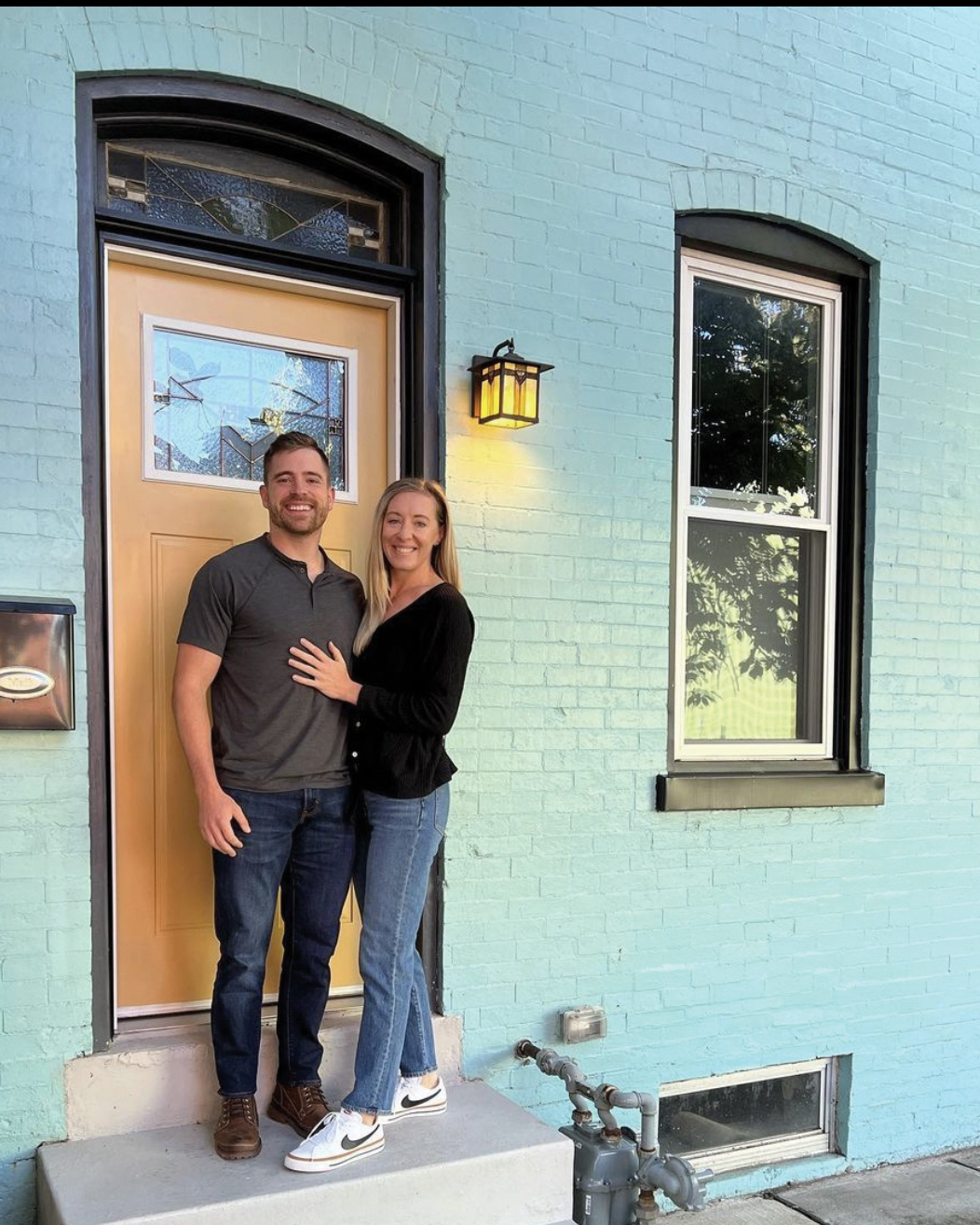 So, how does a girl from Denver (PA) meet a guy from Defiance, Ohio? Skeleton, the winter sport that involves “sledding” down a twisting, turning course of ice at breakneck speed, provided the introductions, as both were members of the the U.S. National Skeleton Team. Now retired, the two, who got to travel the world as members of Team USA, are pursuing new career paths and have decided to put down roots in Lancaster City. They made the plunge and became first-time homeowners, buying a house in the city, with help from realtor Matt Koch of Keller Williams Elite. Once the keys were theirs, they celebrated with a commemorative photo. “It ain’t official until it’s on the ’gram,” Savannah noted on her Instagram post in late September. Lancasterbeardedrealtor.com. 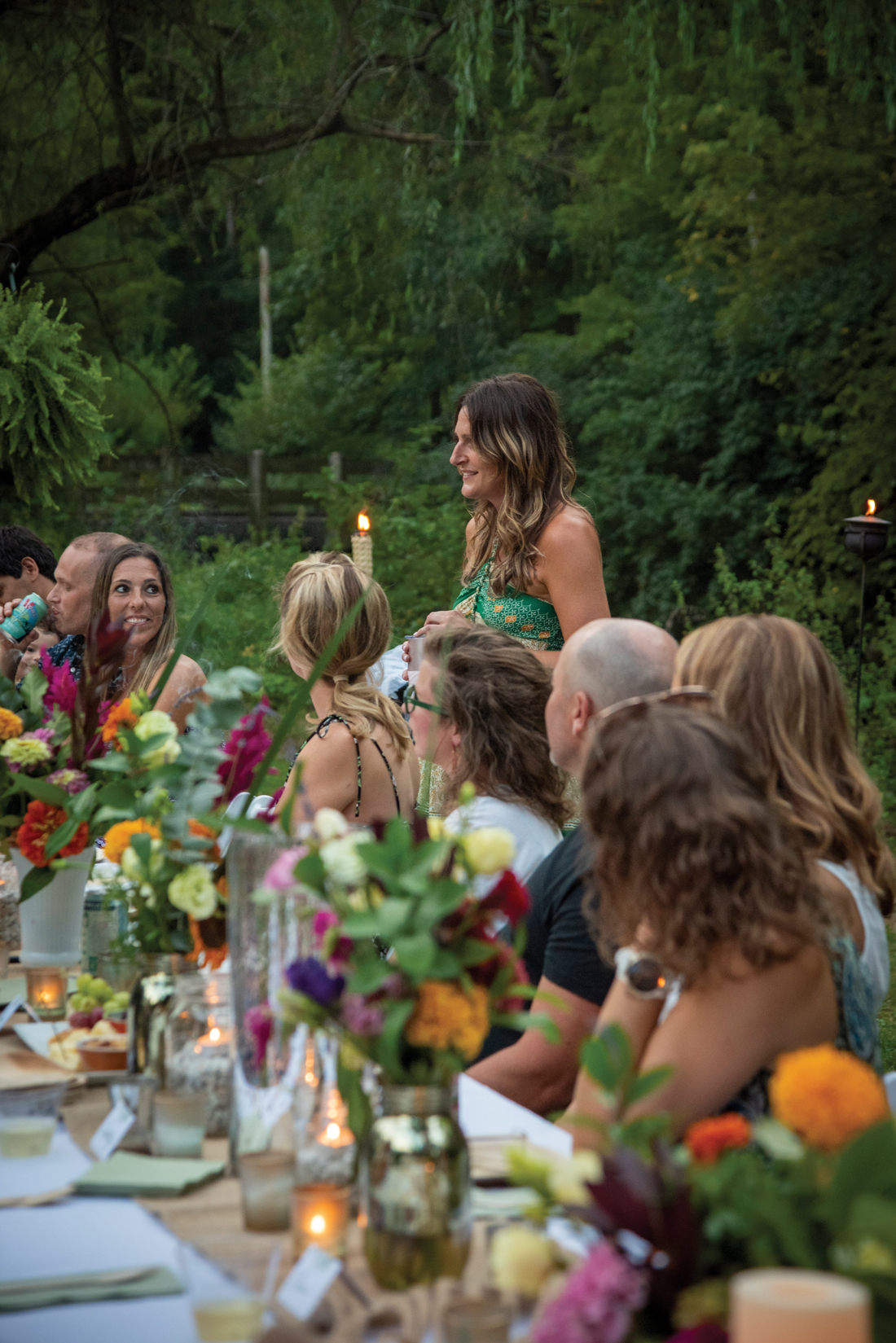 Turning 40 was a piece of cake for Jocelyn, thanks to the party her sister/BFF, Janelle Benner, and her family held in her honor at their Lititz home on August 26. Surrounded by family and friends, Jocelyn felt loved and supported on her special day. Her next big hurdle: she qualified to run in the Boston Marathon this spring. 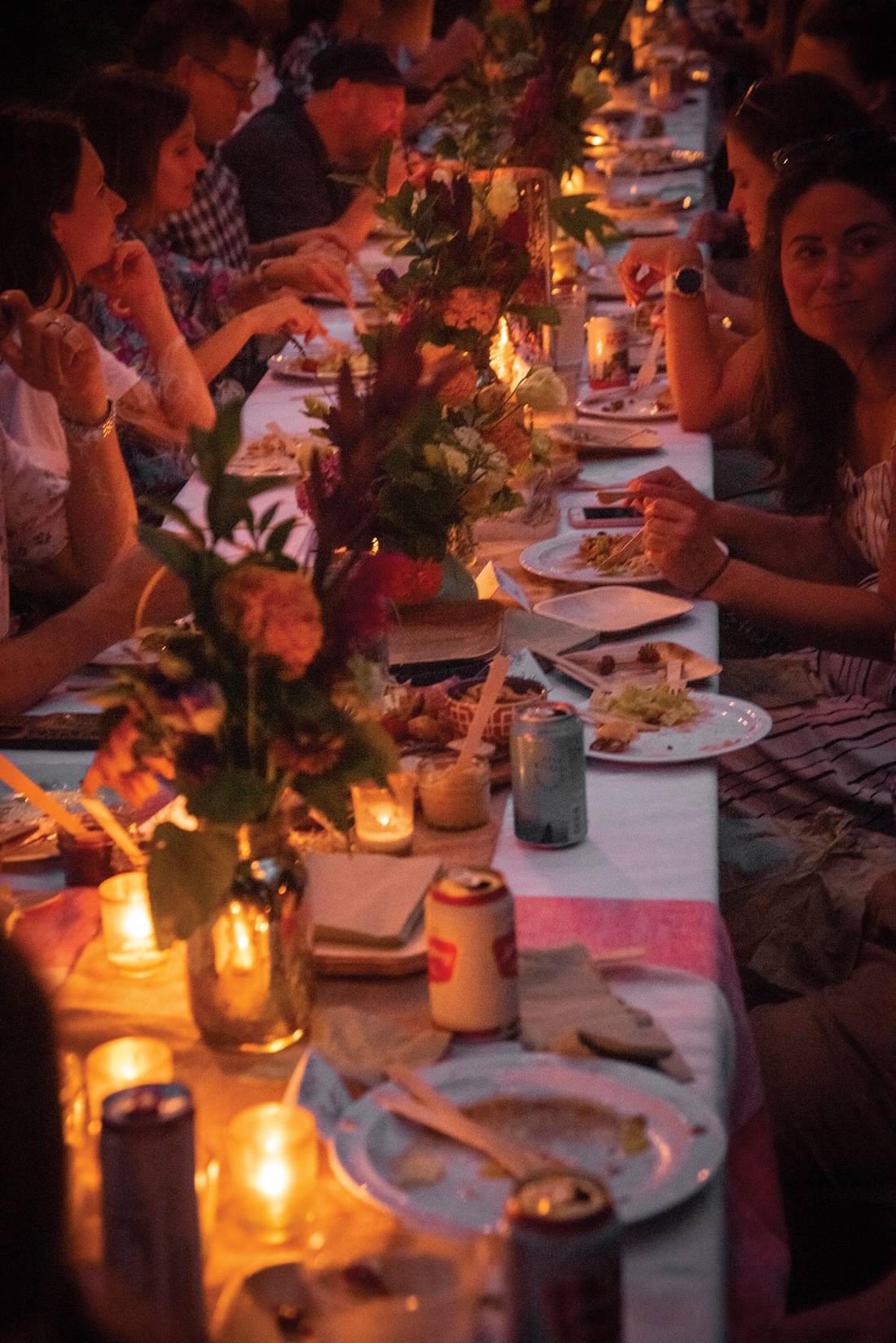 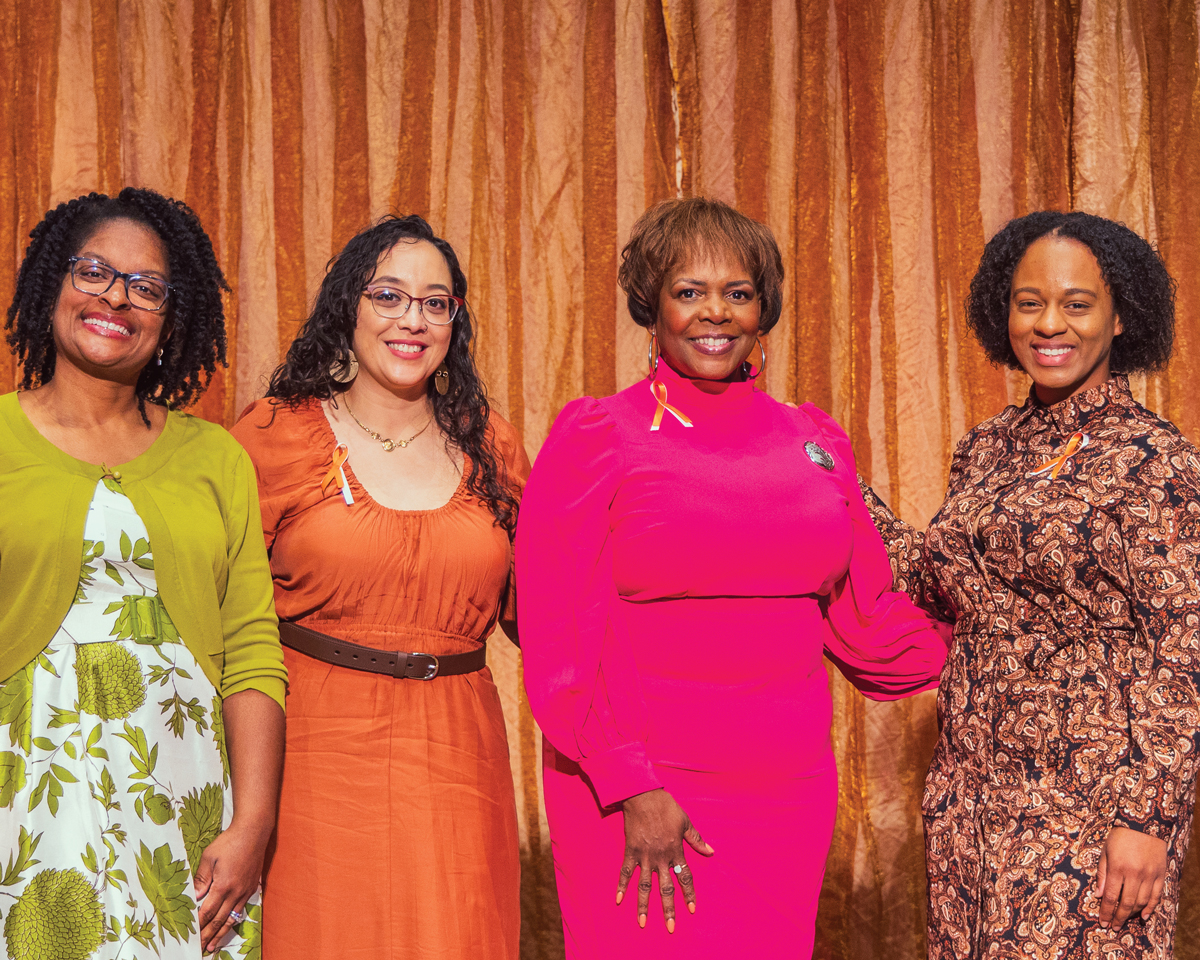 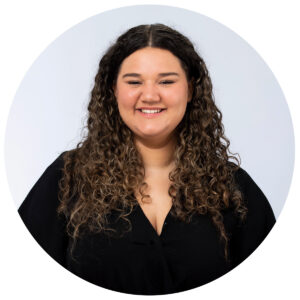 Each year, YWCA Lancaster honors women in the community who make a difference through helping to eliminate racism and gender inequality. The awards luncheon was held October 20 at the DoubleTree Lancaster. Those honored included (left to right): Dr. Sharee Livingston, DO FACOG, a physician at Patients R Waiting/UPMC; Salina Almanzar-Oree, who is the program coordinator at the Center for Creative Exploration at Pennsylvania College of Art & Design; Barbara Jean Ellis Wilson, the executive director of the Lancaster City Housing Authority; Kendra Wolfe, the founder and executive guide at Unique Lancaster Experiences; and Sophie Yost (Cheryl Gahring Young Person of Achievement), who as a student at Manheim Township High School was the founder of the Coalition for Social Justice, a founder/member of the Diversity, Equity and Inclusion Board and was a national field director for the MyVote Project. She is a freshman at Duke University. Ywcalancaster.org. 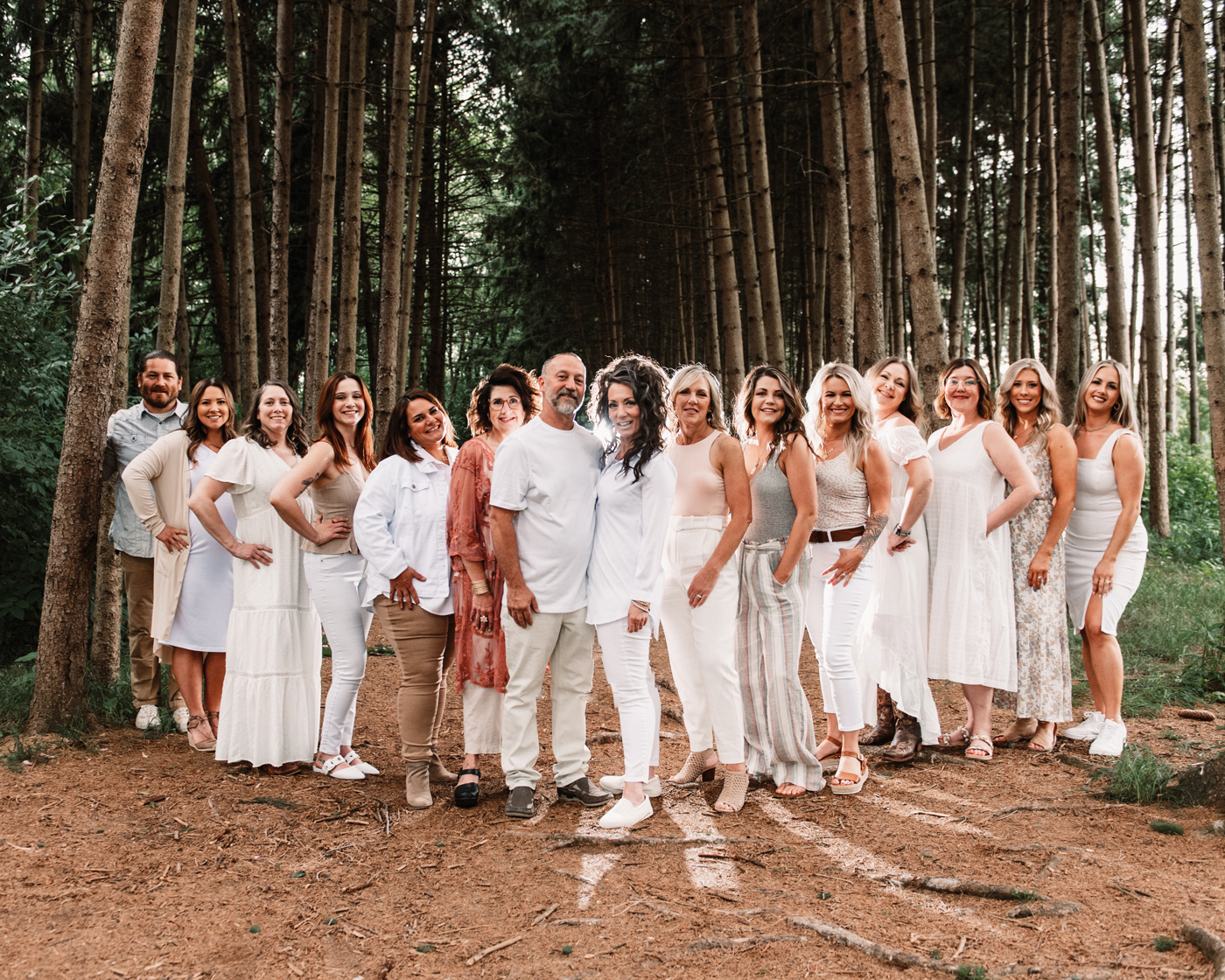 In celebrating Tangles’ 20th anniversary in 2022, owner Kristin Green gathered her staff for a commemorative photo. Kristin, who has been a stylist for 30-plus years, opened her salon in Lancaster City in 2002. Six years later, she and her husband, Bill, bought a property on Marietta Avenue in Rohrerstown that dates to the early 1900s. They devoted their time and talents to remodeling the one-time residence in order to transform it into an upscale salon. Twenty years later, Tangles is still going strong, having expanded its staff and its menu of services. Tangleslancaster.com. 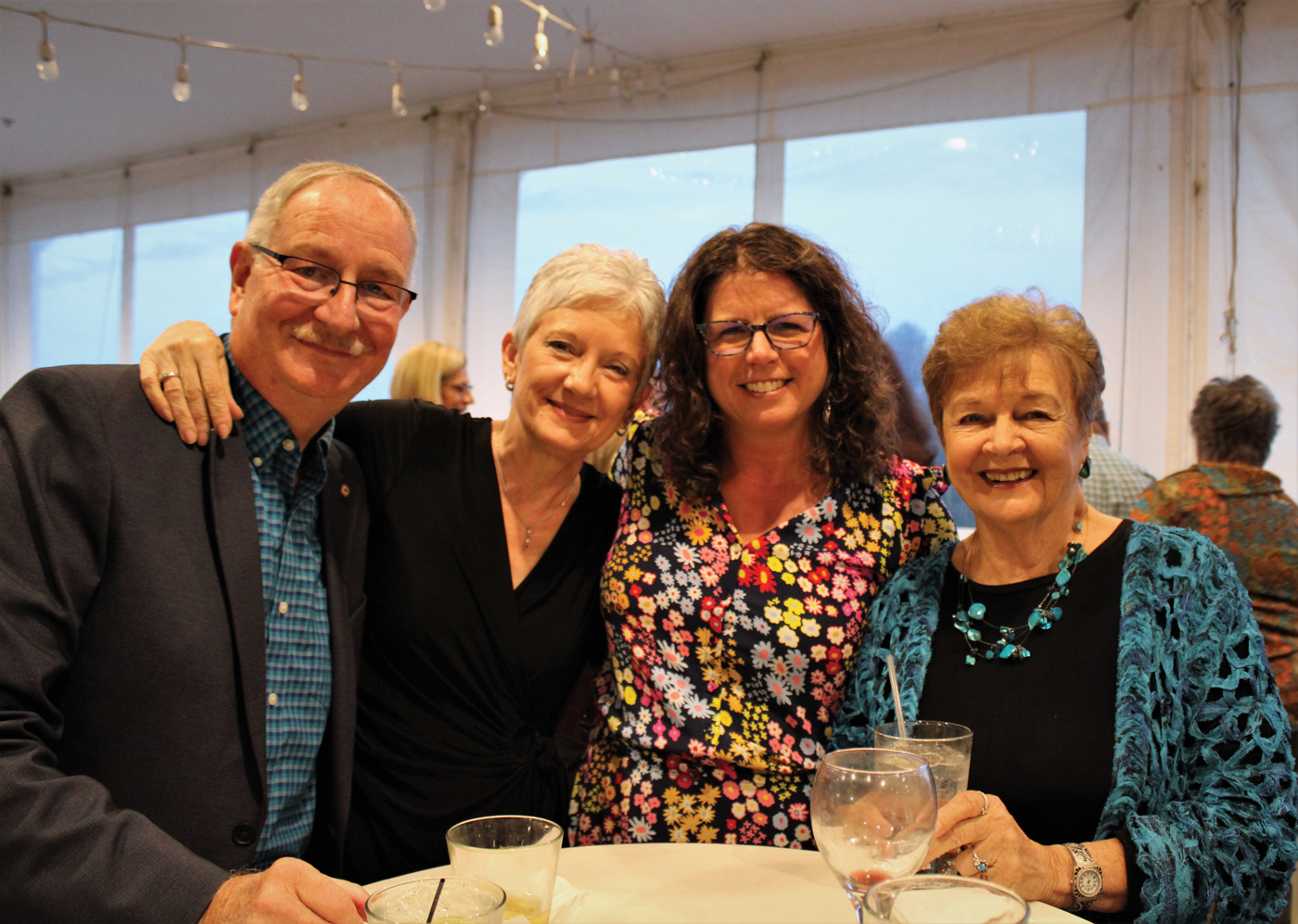 Founded in the 1980s, Anchor Lancaster’s first mission was to provide unsheltered people with a welcoming and safe environment by offering them a warm cup of coffee each weekday morning. Originally based at St. James Episcopal Church, the program grew to offer guests breakfast fare. In 2017, the program transitioned to a new home, First United Methodist Church in Lancaster, and within a year became a nonprofit organization that is now served by more than 150 volunteers. Services expanded to offering guests the use of shower facilities. As of late November, the tally for showers had reached 4,000. Bathing supplies are always accepted and appreciated.

As you can imagine, Covid challenged Anchor Lancaster in numerous ways. Breakfast pivoted to take-out and fundraising events were curtailed. Executive Director Patty Eastep reports that Anchor Lancaster got back on track in 2022, with indoor seating returning for its breakfast service and its fundraising gala returning to the calendar on October 7. The gala, which was held at Bent Creek Country Club, was a huge success thanks to guests going above and beyond to support the silent and live auctions. Anchorlancaster.org.