Yoga can be traced to the first millennium, yet it didn’t gain prominence in the Western world until the 19th and 20th centuries. The rise and fall of its popularity shifted over a course of decades. But, today approximately 37 million people practice it in the United States, including adjunct art history professor and certified yoga instructor Gloria Mast, who views it as more than just a lifestyle … It is a lifesaver. 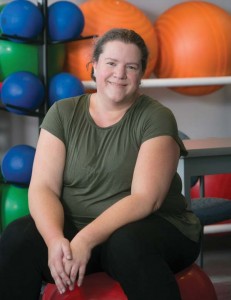 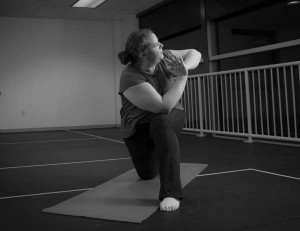 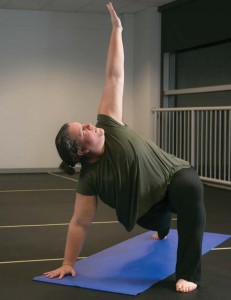 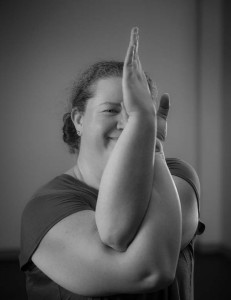 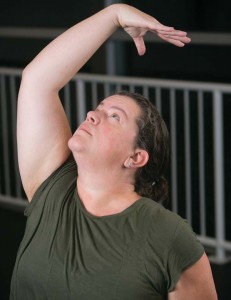 While enjoying breakfast at Commonwealth on Queen, Gloria laughs about not always being the smallest kid in class. “I’m eternally grateful for the seven years of field hockey I played in junior high and high school. Was I what anyone would term successful? No. I was the biggest, the slowest and always last for everything. But, that gave me a base knowledge of my body and a base knowledge of movement; otherwise, I wouldn’t know what it felt like.”

Gloria says she noticed herself gaining weight during college and throughout her 20s and early 30s. Becoming busy with the routines of work, school and eating fast food, and lacking time for exercise caused Gloria to become overweight. “When you talk to someone who has struggled with obesity, you’ll soon find out that the excess is a reaction to scarcity: a scarcity of time, a scarcity of resources, a scarcity of something is related to the excess in their bodies. It can be physical, economical, spiritual or emotional.”

At 25, Gloria was diagnosed with Type II Diabetes. She continued her regimen of eating junk foods and working around the clock. “Like any good 25-year-old, I completely ignored it,” she says of her diagnosis. A decade later, doctors told her that she was going to lose her kidneys.

Gloria says she was “very intent” on keeping her kidneys, so she changed her routine. Instead of eating a big bowl of cereal, she would eat a big bowl of salad. She began walking … a lot (8 miles a day). She would often find herself stiff, with achy joints and sore feet. “I thought, ‘This isn’t working.’ Weight loss is supposed to be this magic silver bullet that solves everything. Why do I feel this way?”

while teaching at Harrisburg Area Community College (HACC) in Lancaster, Gloria attended a yoga workshop. After performing a series of poses, she thought, “Oh! This works. I can move now.” From there she took yoga classes at the YMCA at New Holland, sometimes twice a day. And, as a result of making modifications to her diet, walking and taking yoga classes, Gloria lost 125 pounds.

Wanting to dig a little deeper in the practices of yoga, Gloria signed up for the Create Karma teacher training. According to their website, Create Karma is “a wellness-inspired nonprofit organization committed to creating healthy communities through wellness classes, events, and leadership trainings.”

Gloria says the opportunity with Create Karma helped her to learn more about the physical and philosophical practices of yoga. Part of the requirements for certification through Create Karma includes a community project; Gloria created a series of free yoga classes for beginners last fall called Yoga for Your Body in which she partnered with Lighten Up Lancaster (which is a partnership with Lancaster General Health/Penn Medicine). The classes focused on movement and modifications for men and women with “a little more real estate to move.”

“Create Karma is leadership training, as well. And, part of that training is to take a leadership role in your community. My community was people who think they’re too big for yoga,” she says.

For Gloria, yoga provides a range of motion and balance. “One of the funny things they don’t tell you when you lose that much weight is that your center of balance changes. So, balance becomes an issue.”

A couple of buzz words we hear today are “mindfulness” and “wellness,” which are also key factors in yoga. “Learning how to quiet the mind and quiet the body, and in unison, is beneficial,” Gloria comments. Her definition of wellness is being able to do what you want to do in terms of activity.

“Wellness is being able to ask your body to do something physically, and it can,” she says. “It also has a holistic component to it and a mental component, as well. It’s not those fitness goals; it’s much more rounded. It’s more complete than just sit-ups and numbers on a scale.”

When asked her opinion on the increasing  number of yoga studios and classes in the area, Gloria reports that there are “excellent studios in Lancaster and a couple of good ones out on the frontier,” referring to her yoga classes in Intercourse.

“I think we can do more to change the perception of yoga. Given the issue with wellness and fitness and other things that we see, everyone can benefit from it,” Gloria says. “It’s just a matter of finding and creating an environment where they feel safe to practice. My goal is to do the poses safely and with confidence. So, it’s that holistic idea of what is wellness: I know what my body needs; I know what it takes, and that’s the purpose of any of the classes I teach.” 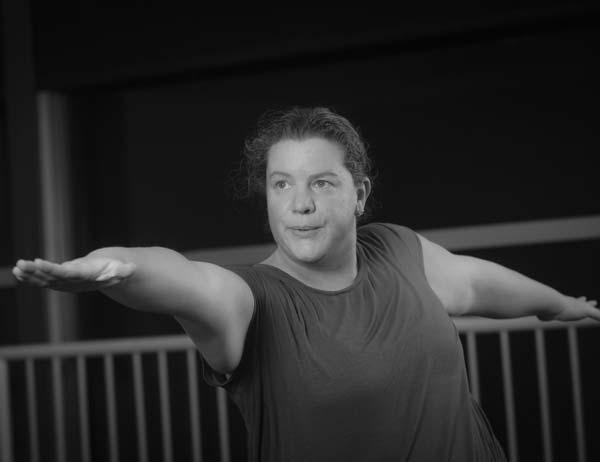