An Anniversary, a Retirement and a Charted Course Ahead

The organization’s gala celebration, marking its 125th anniversary, was the culmination of a year of events that brought volunteers, staff and beneficiaries of the YW’s programs back together to forge an even stronger sense of purpose and commitment as the organization moves into a new era of leadership.

“My mother grew up when the YW held Y-Teen dances, and she attended many of them,” says Heather Warwood Colosi, co-chair of the year-long anniversary events committee. When asked why she is drawn to supporting the organization, Heather, who also co-chaired the celebration gala with her mother-in-law Geri Colosi, relates, “It feels like the right place for me. The women and men here are making a difference.”

It was only fitting that the destination for this 125th anniversary celebration was the historic Montgomery House, an exquisitely preserved Federal Period mansion that has stood on South Queen Street since 1804. This same property served as the first headquarters for the Young Women’s Christian Association Ω now YWCA Lancaster Ω from 1889 through the early 20th century. Beautifully restored and tastefully tucked between the Lancaster County Convention Center and the Lancaster Marriott, the multi-floor home hosted an intimate reception for the YW’s Endowment Campaign donors, its board of directors, trustee board members and staff.

The quietly elegant reception was just the beginning of an evening of surprises, thank-yous and celebration. A crowd was gathering in the adjoining Marriott ballroom for a much bigger party.

THE PRESENT: A CEO Retires

Attention turned to the remarkable career and imminent retirement of Maureen Powers, a dynamic leader at the YW for 30 years, 28 of which were spent as its CEO. “Maureen is a remarkable leader who is relentless in eliminating racism and empowering women,” credits the evening’s emcee Diane Dayton. “Inspired,” “energetic” and “dedicated” are just a few of the adjectives of praise that were offered in tribute to Maureen, both in person and through a video recapping the impressive legacy she leaves behind.

While Maureen graciously acknowledged the YW’s many achievements as the results of the work of many people Ω staff and volunteers Ω she shared that currently 50 women live at the YW, and another 40 sleep on mats overnight in the gym. The need is great, and it continues.

“What will I do after I retire?” she reflected, “Hard to say, because I am so closely intertwined with the YW.” She continued, “I am honored by the trust you have placed in me, and I know that we will always be ‘Together for Good,’” referencing the YW’s 125-years-strong catchphrase.

THE FUTURE: Empowerment by Endowment

As the presentations concluded, yet another reason to celebrate was shared by the YW’s Board President Trudy Brandt and Board of Trustees President Steve Mitchell: The Endowment Campaign, which was set to end at the close of 2014, had already surpassed its $500,000 goal by $62,000, ensuring a solid foundation to build a strong future for an organization that is needed so very much in our special Lancaster. Among the organization’s supporters in the room, their joy and gratitude were palpable. With much to celebrate, it was time to dance! 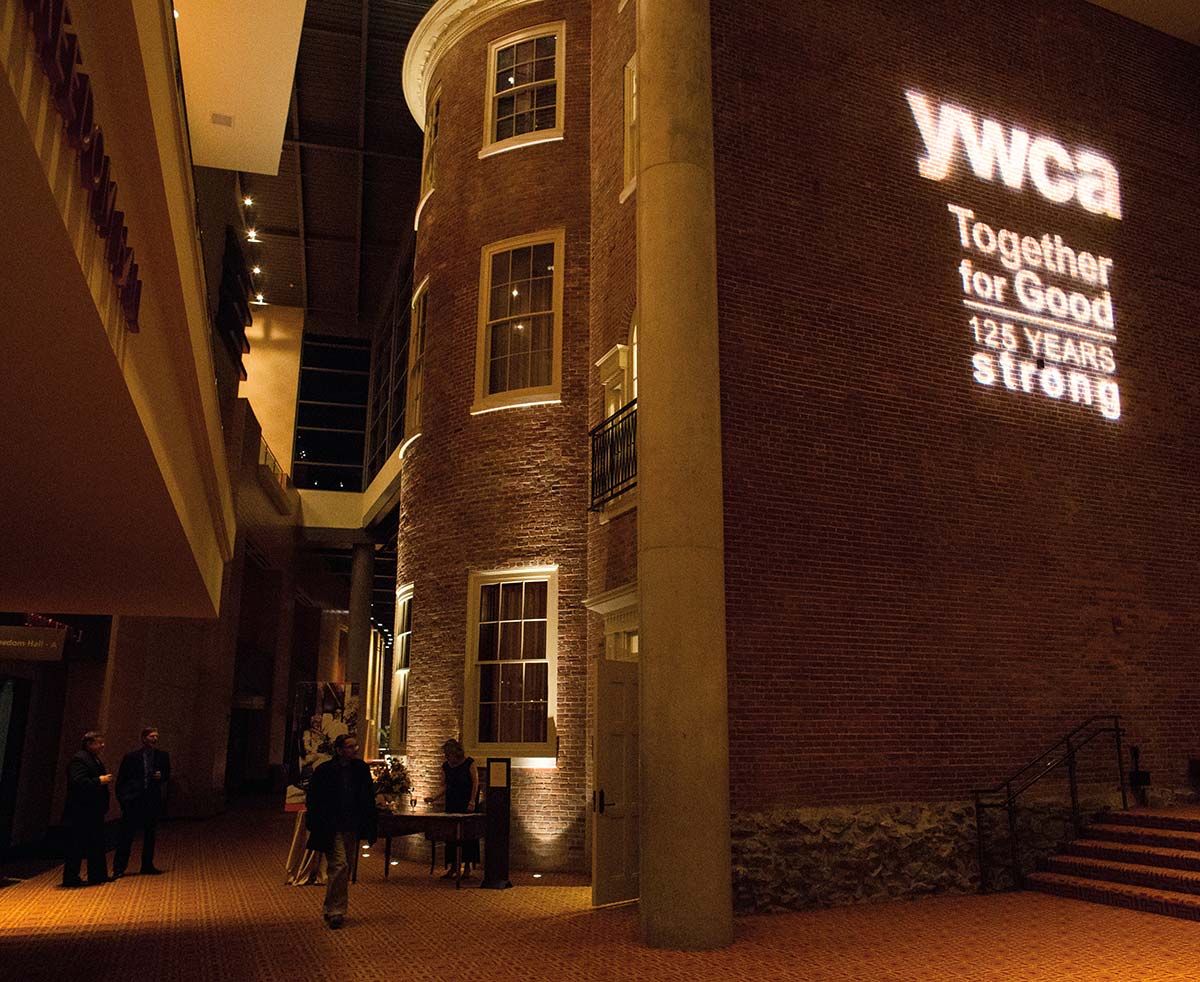 Gala logo and YWCA moniker lit the side of the Montgomery House, the historic home of the organization during the last decade of the 19th century.