**The 2020 event is currently cancelled. For details visit zenkaikon.com**

For one weekend in March, Zenkaikon takes over downtown Lancaster, filling the streets with mystical manifestations, cartoon characters and video-game avatars as they overflow from the confines of the Lancaster County Convention Center. 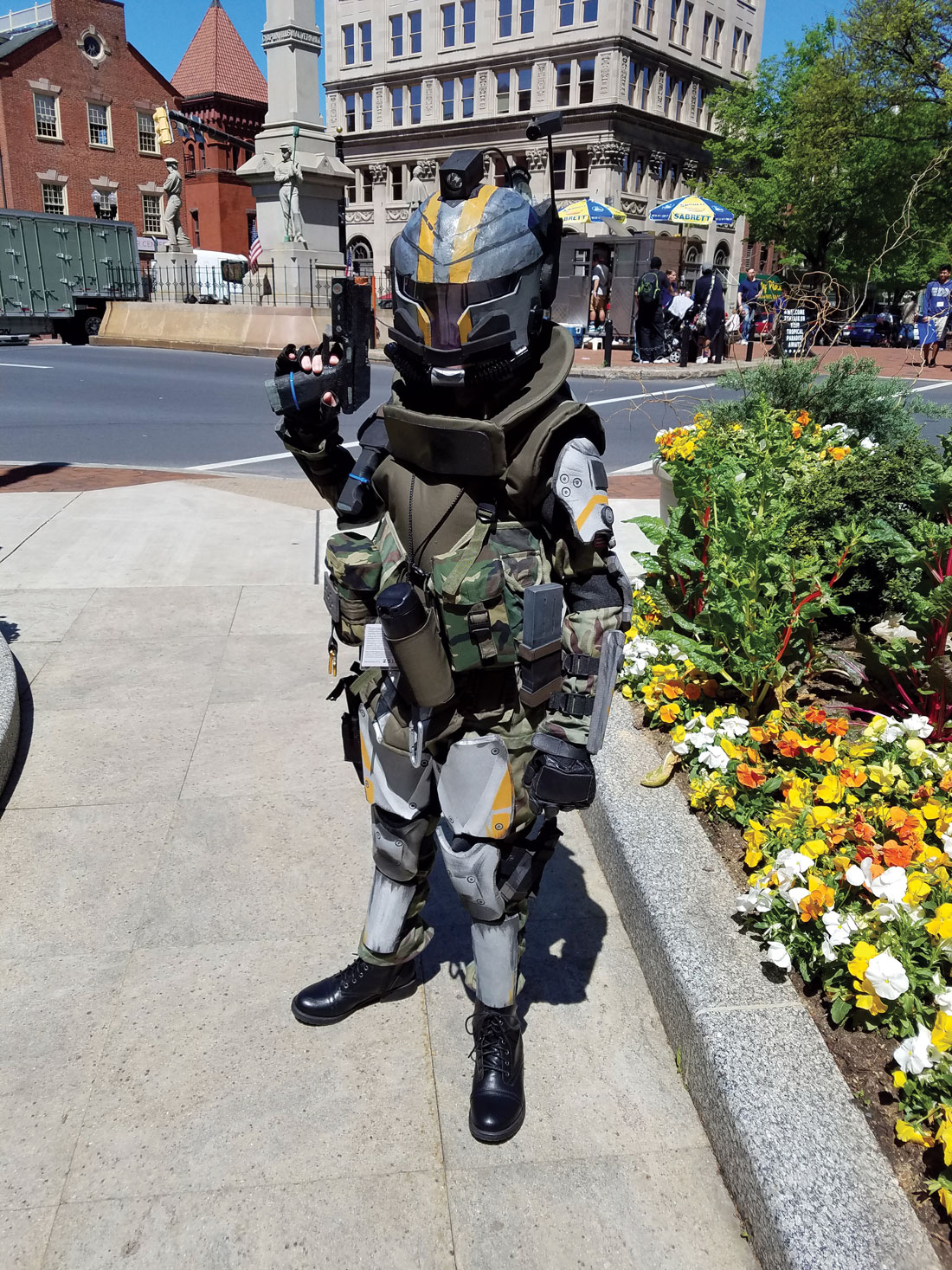 Clint Burdick, a retired PA State Trooper, got into costume design when his son, Wyatt, wanted to build a costume for Zenkaikon that paid homage to the Holo Pilot characters from the video game, Titanfall 2.

Zenkaikon, now in its 14th year, is an annual, three-day celebration of anime, comics, gaming and science fiction. It kicks off this year on Friday, March 20. Attracting approximately 5,000 enthusiasts annually, many of the fanatic faithful attend in full costume, a practice known as cosplay, and enjoy lectures, a makerspace, competitions, celebrity appearances and social gatherings. Many cosplayers spill out into local eateries, businesses and open spaces. Imagine the unaware market goer who might run into Thrall, a 7-foot-tall warchief of a shamanistic horde and founder of the nation of Durotar from the video game World of Warcraft.

For many cosplay enthusiasts, the matter is serious and entails countless hours of preparations. Others just do it for fun … or for their kids.

“I have no idea what this stuff is,” says retired PA State Trooper Clint Burdick. Yet, he’s been hands-on in creating some serious costumes over the past four years. It all started when Wyatt Burdick, Clint’s son, wanted to build a costume, specifically a Holo Pilot costume from the video game Titanfall 2. What father is not going to help his then 9-year-old son create the intricate and armored costume of an elite soldier from video game outer space? “He brings me pictures and I research the pictures. Up until this year I’ve been building them.”

After completing a Holo Pilot, Link (Legend of Zelda), and a steampunk satyr, Clint deemed it was time to pass the creative torch to his son, who has designed a Zenkaikon 2020 costume based on the character The Judge from the game Far Cry New Dawn. He’s scary looking.

Wyatt and Clint’s interpretation of a steampunk satyr.

Theatregoers may recognize some of Clint’s handiwork. In the middle of his adventures in costume design for his son, Clint learned from his daughter Maya, who is heavily involved with EPAC, that the theatre’s costume designer was sidelined by an injury. Tech week for The Wizard of Oz was approaching and the theatre was missing a key costume. “Somebody showed [EPAC] my Zenkaikon costumes for Wyatt and the costumer asked me to build the Tin Man,” says Clint, who fashioned a plan using camping mats and foam. “It’s still in good shape and the theatre rents it out, too. The high school is going to use it.”

Ephrata High will present the classic tale as its spring musical, but this is not the first time Clint’s handiwork has seen the school stage. “I built Gomez’s torture chair for The Addams Family and Uncle Fester’s rocket backpack,” says Clint. “My dad was kind of a tinkerer, so I guess I just came to it naturally.”

For Alyssa May, who goes by Vel in the cosplay world (where she has over 6,000 followers on Instagram and is a force on TikTok with 65.7k followers), her story is simple. Halloween costumes transformed into a cosplay habit feeding off her love of anime, which she started watching at the age of three; anime is the Japanese word for animation and the art dates back to 1917. Vel fell in love with a show called Naruto. 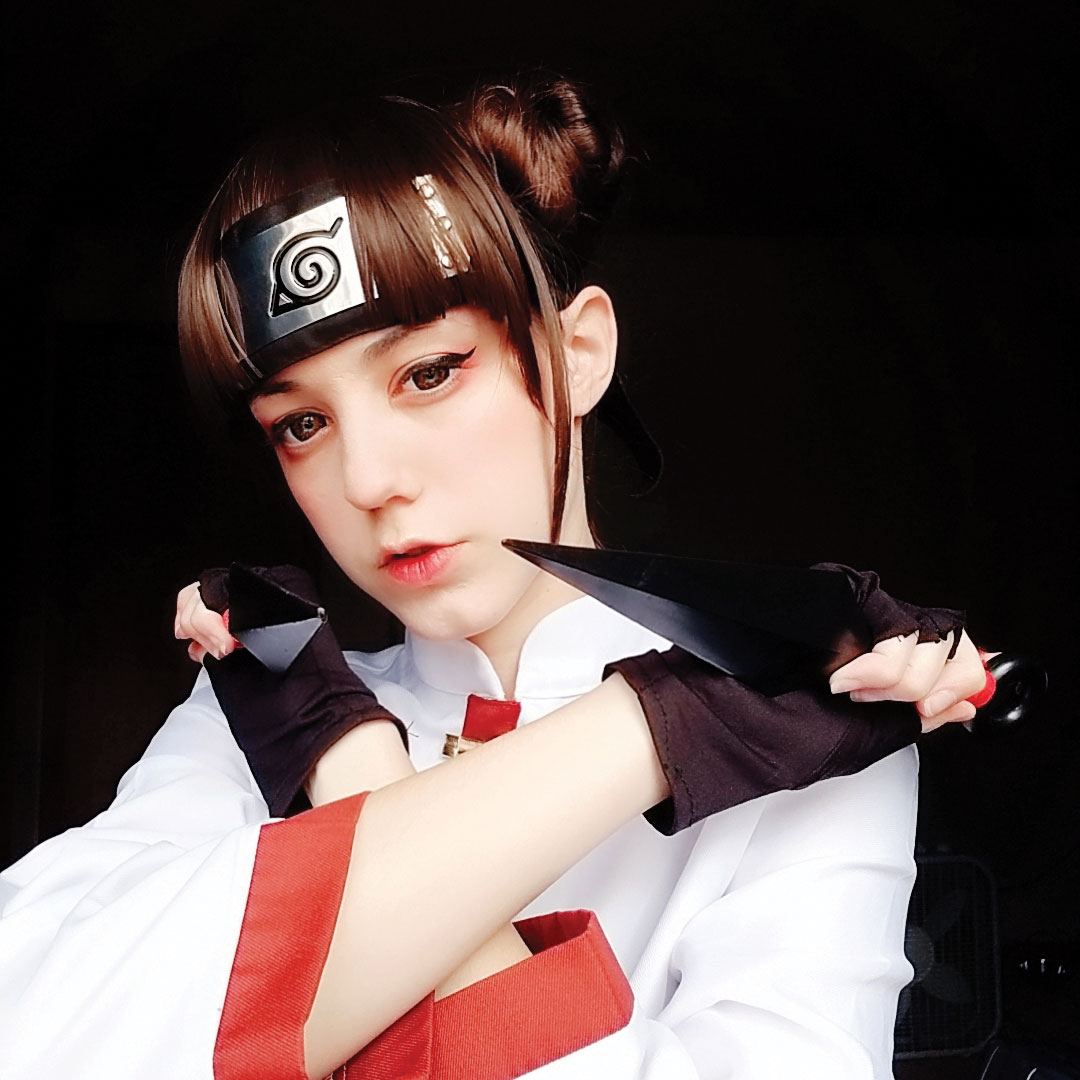 Alyssa May, a.k.a. Vel in the cosplay world, is a social media favorite with more than 6,000 Instagram and nearing 66,000 TikTok followers. She traces her love of costumes to Halloween and later, anime (Japanese animation).

“It’s one of those classic titles that anyone who is into anime has heard of before,” says Vel. “Once I discovered cosplay was a thing, I just hopped on board. The fascination is more about creative expression. I fell in love with being able to bring a character to life.”

Vel attended her first convention in 2012 at age 14. Her favorite character is Tenten, a supporting character and weapon specialist in Naruto. Each costume she creates takes between two weeks and a month to fashion depending on the amount of sewing involved. Her most intricate costume was Ritsu Sohma from Fruits Basket, a Japanese manga book turned anime hit based on the life of an orphan girl. Ritsu is a minor, male character.

“I created an entire kimono from scratch,” says Vel, who enjoys the cosplay sub-genre called cross-playing – a female playing a male character and vice versa.

Zenkaikon is her favorite convention and she travels to the Red Rose City from Bethlehem.

“I like Lancaster … a lot of the area restaurants seem to get into the event and coordinate specials and themes around anime. They get into it,” says Vel.

“I’ve been into costumes since I was 3,” says Leah Lloyd, who discovered her passion after she watched a mummy movie in the ’70s and immediately wrapped herself in as many scarves as she could find. She got serious about the art of costuming at age 14 and went on to earn a degree in Costume Design, working for Off-Broadway productions and a “select group” of private clients ever since. “I’ve been doing cosplay since it was called costuming,” she notes. 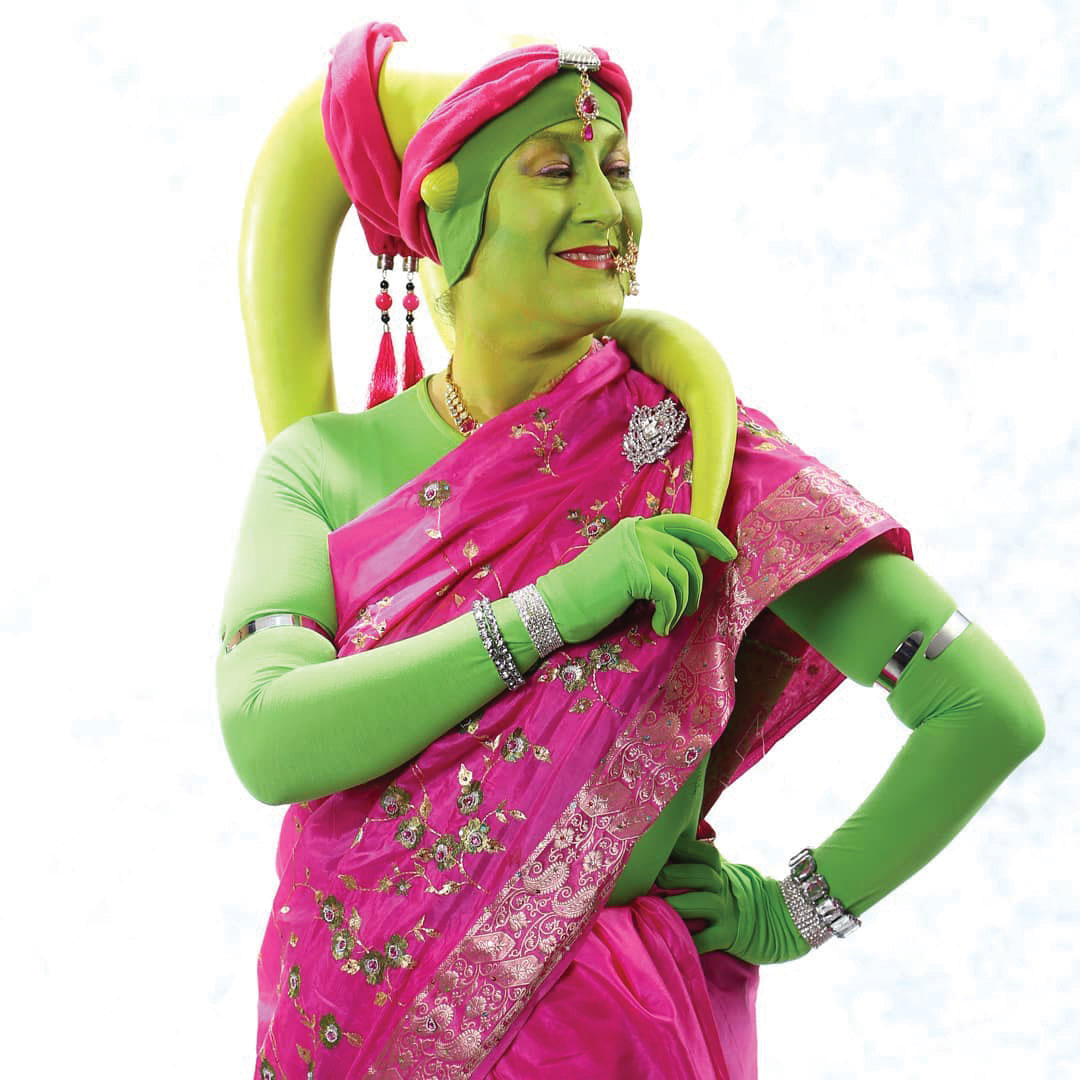 Leah Lloyd has been fascinated by costumes since the age of 3. She earned a degree in Costume Design and began working in theater (Off-Broadway) and for private clients. She will be attending Zenkaikon for her sixth time. Here, she portrays Twi’lek of the Star Wars franchise. Photo courtesy of Deathcom.net.

This will be her sixth year attending Zenkaikon, which serves as not only a home-base convention for the Lancaster County resident but as a “low key” respite from bigger events. She says Zenkaikon is more youth-oriented compared to other conventions she frequents.

“For being so genre-specific, it is very accepting,” says Leah, who is easily comfortable in whatever theme she wears to Lancaster’s premiere fandom event, be it Harry Potter, Star Wars or even Game of Thrones. “It’s accepting of all nerds, geeks and fans of all types.”

Leah’s costuming interest now incorporates mashups and multiculturalism, like her Kimono Elsa, which adorns the Disney Princess of Arendelle with Japanese heritage and flair. Mashups are just like one would expect, “like taking Mandalorian armor and creating a Disney Princess,” explains Leah.

She doesn’t really have favorite characters, except for the fact she is currently into Twi’lek characters from the Star Wars franchise. Becoming a green- or blue-skinned planet Ryloth resident with appendages protruding from her skull allows Leah to get into body painting – look for her to be a mash-up White Lolita Twi’lek at this year’s Zenkaikon.

For cosplayers, the culminating events of Zenkaikon take place on Saturday. The Masquerade is a judged, in-character performance put on by anyone (or group) in costume, from anime to pop sci-fi. Held separately from the Masquerade, the Hall Cosplay Contest honors craftsmanship, from clean seams and straight hems to wigs and props. Winners receive mostly honor.

Leah Lloyd has been fascinated by costumes since the age of 3. She earned a degree in Costume Design and began working in theater (Off-Broadway) and for private clients. She will be attending Zenkaikon for her sixth time. Here, she portrays Twi’lek of the Star Wars franchise. Photo courtesy of Deathcom.net.