This past warm and sunny Saturday, I decided to check out the snow geese migration at Middle Creek Wildlife Management Area. We went at sunset, since that’s one of the best times to view the massive flocks of birds. Sunrise is also a great time to see the migration, plus you won’t have to deal with the crowds. 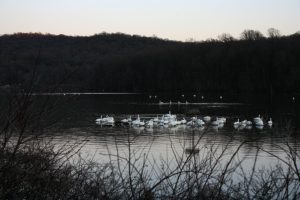 Migration at Middle Creek peaks in late February and early March. Many of the birds at Middle Creek spend their winter south of Pennsylvania and begin to travel north around the same time as the spring thaw, according to the Game Commission. During extreme winters with a late thaw, the birds may only stop at Middle Creek briefly or fly right over entirely.

The snow geese are usually coming from coastal refuges like the Bombay Hook National Wildlife Refuge and Prime Hook National Wildlife Refuge in Delaware, Middle Creek’s website says. They can also be migrating locally from bodies of water like quarries in Allentown and Hershey. After stopping at Middle Creek, the snow geese will continue north towards their final stop in northern Canada. 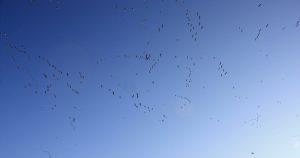 Typically, Middle Creek will see over 100,000 snow geese and 10,000 each of tundra swans and Canada geese during late winter.

During my bird watching adventure, we drove around the perimeter of the reservoir and then stopped alongside of Kleinfeltersville Road where everyone seemed to be gathering. I was shocked to see how many cars filled the parking lot and lined both sides of the road, but I will admit, it was fascinating to observe the seas of snow geese and hear the mix of honks and coos from the various bird species.

The sunset was beautiful, turning the sky a delicate pink. V’s of birds scattered the sky; luckily, they only targeted our car once.

Check out the latest migration numbers and a live webcam of the migration here. 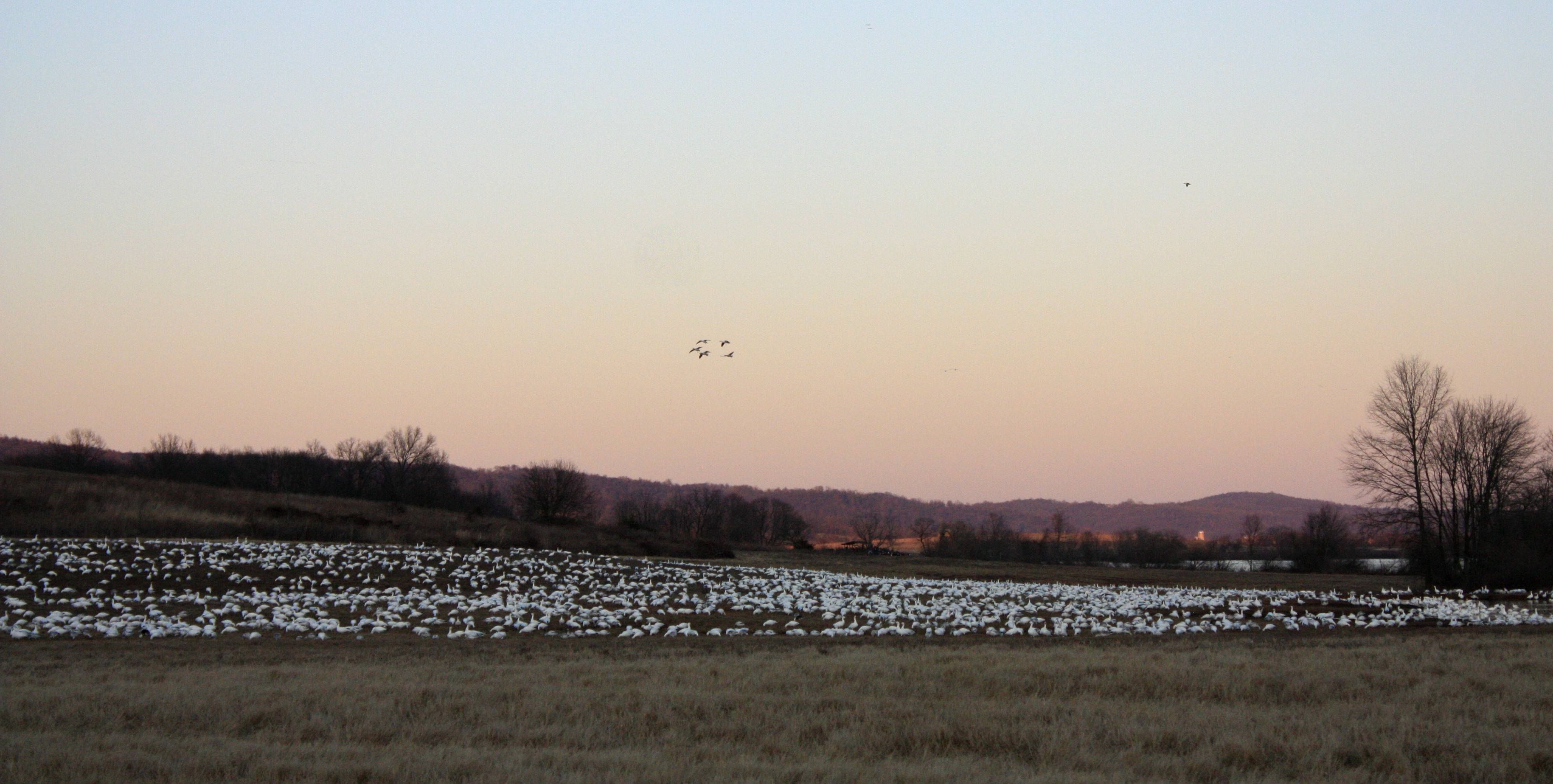