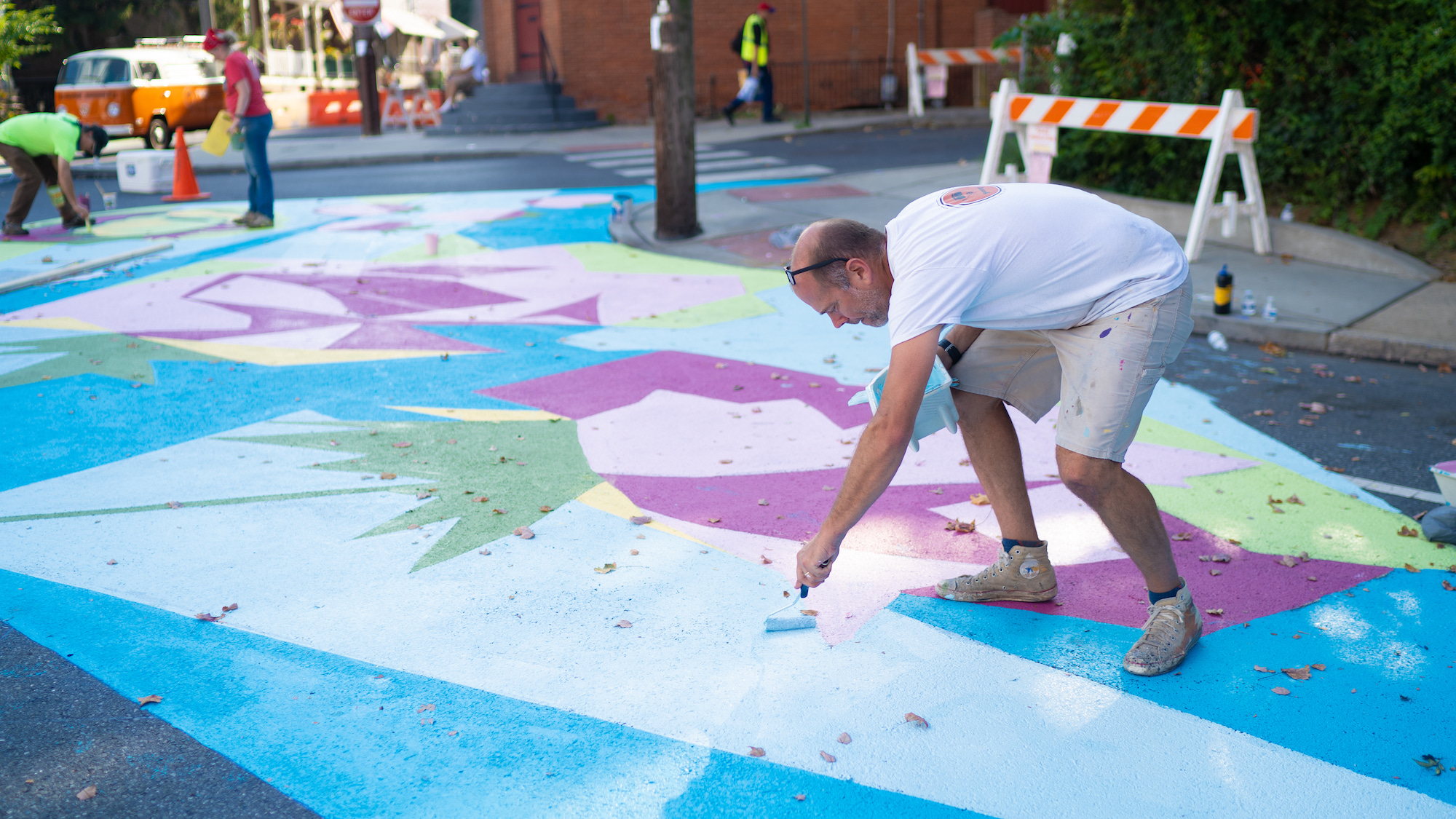 The intersection of West Strawberry, West Vine and South Mulberry streets at the top of Cabbage Hill can often feel uninviting and confusing to drivers and pedestrians alike. Lancaster Public Art, the SoWe Neighborhood Group and the Department of Public Works are hoping to make the five-way intersection safer and more inviting for all visitors through a temporary public art installation funded by the Bloomberg Foundation’s Asphalt Art Initiative. The hope is that the mural will encourage motorists, cyclists and pedestrians to slow down.

Lancaster, currently one of 16 U.S. cities in the program, received a $25,000 grant from the Bloomberg Foundation earlier this year to create the artful intersection. The foundation aims to fund visual art interventions on roadways, pedestrian spaces and public infrastructure. The murals improve street and pedestrian safety, revitalize underutilized public space and promote collaboration and civil engagement, according to the foundation. 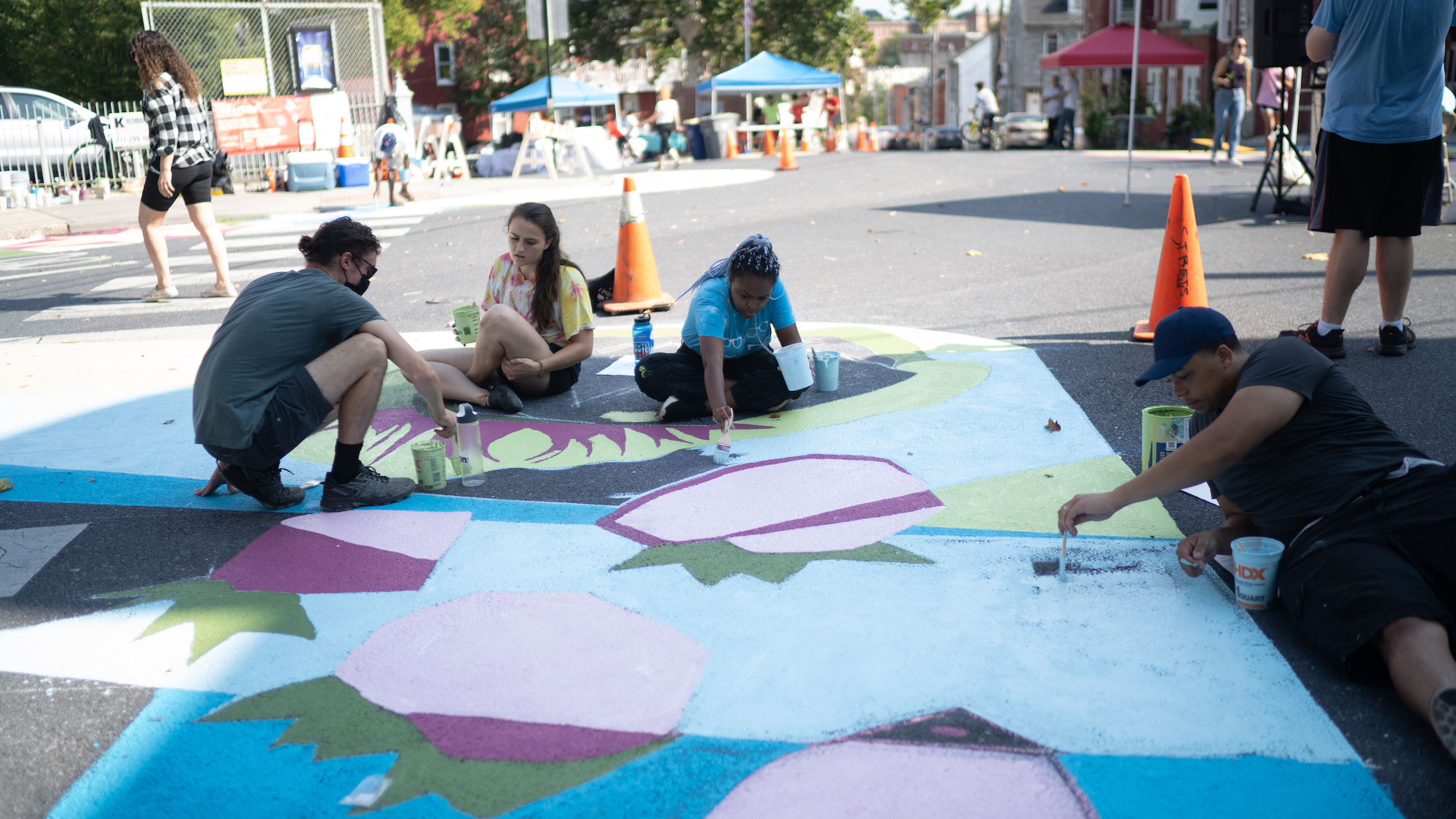 Photo courtesy of WE & Company.

Breaking Down the Design

The street mural was designed by local artist Fern Dannis in partnership with Peter Barber of Two Dudes Painting Company. To reflect the life, culture and history of the neighborhood, they created a survey to gauge the thoughts and opinions of the Cabbage Hill community. Most survey participants agreed that the intersection feels unsafe, some citing a lack of visibility and speeding cars. Residents also said that they wanted the mural to represent their neighborhood with meaningful design, not just generic symbols. They liked the idea of including imagery of nature, geometric patterns, bright colors and strawberries, mulberries and vines to capture the names of the intersecting streets.

Integrating these ideas, the artists created a design that used the crosswalks as links throughout the mural, colors associated with the Southwest U.S. and quilt block patterns. The geometric elements are meant to represent the presence of stained glass and historic churches in the neighborhood. Wrought iron patterns are also intentionally used because of the many ornate patterns on sidewalk fences, porch railings and basement grates. 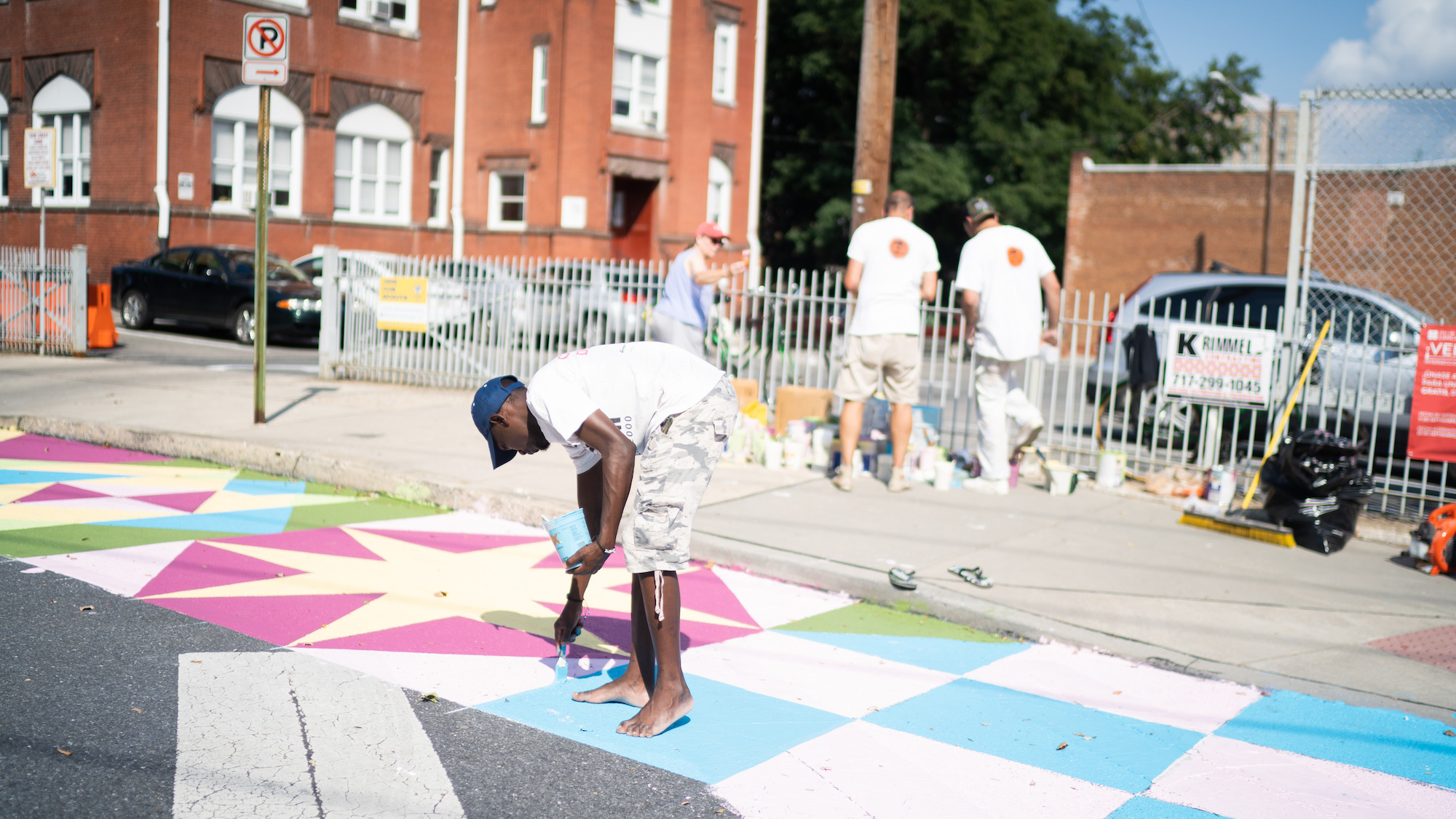 A star was incorporated at the pocket park on the corner of Strawberry and Vine to honor and draw attention to the WWII memorial located there. Coming southeast on West Strawberry Street, the artists placed a rainbow ahead of the crosswalk because after a storm, there is frequently a rainbow over Water Street Mission at the bottom of the hill. In the 1900s, cabbage patches were a common sight in the area as the population was largely German, so a cabbage motif was also added to the design as a visual representation of the name and history of the neighborhood.

The design also included African violets to honor Dinah McIntire, a freed African American woman who was famous for fortune-telling, owned several properties on the hill and worked at the White Swan Tavern in the 1700s. According to neighborhood historian James Gerhart, Dinah lived at the five-way intersection and residents at the time often called the area Dinah’s Hill. 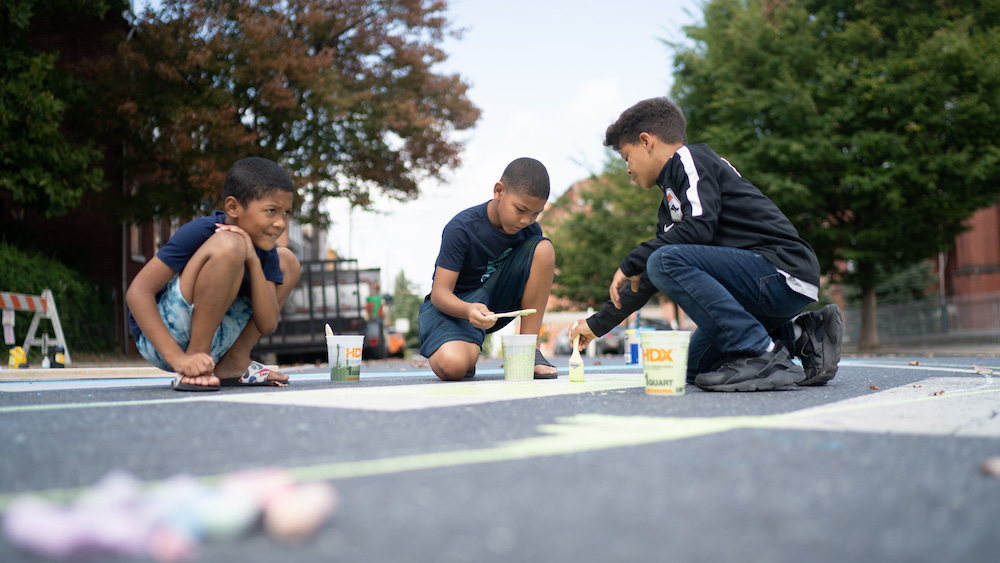 The design was finalized in late summer and the artists partially installed the mural on September 11. The following weekend, residents from Cabbage Hill and beyond came out for Community Paint Day. Participants enjoyed an afternoon of food, fun, music, painting and community. The mural should last for another 6-9 months for city residents and visitors to enjoy. 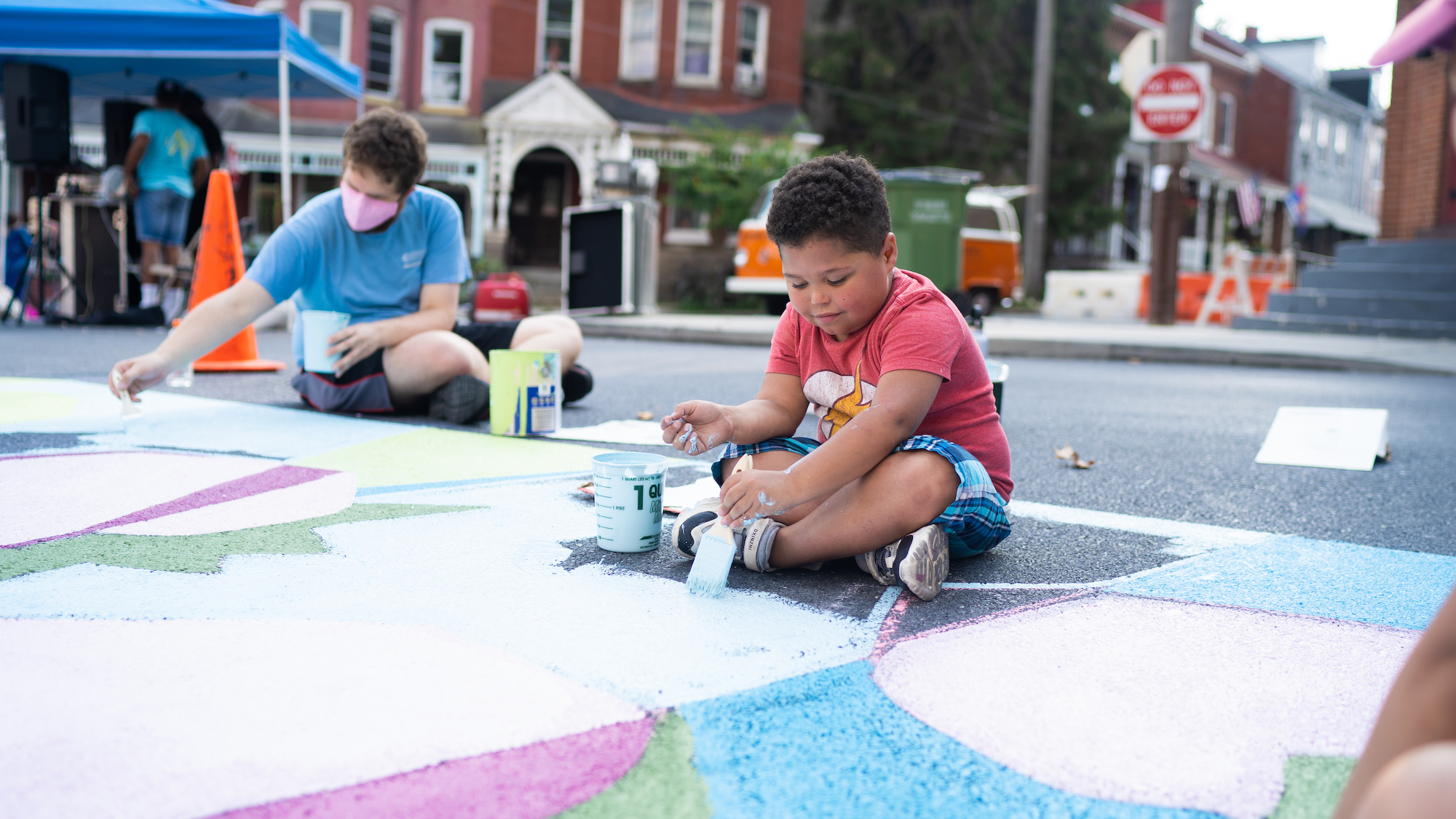 Photo courtesy of WE & Company.