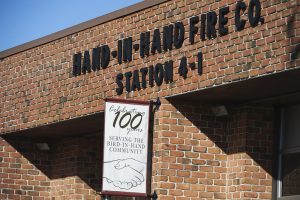 When we think of fire companies, we often forget how much they truly do for the community. Hand-in-Hand Fire Company has been a poignant reminder this past year. Other than fighting fires, the volunteer company responds to accidents and floods, provides traffic control, answers automatic fire alarms and educates the community about fire prevention. The company is also one of only a few confined space rescue teams in Lancaster County, meaning they can perform rescues in silos, tanks, underground vaults and pits.

Last June, tragedy struck Lancaster County when Linda Stoltzfoos, an 18-year-old Amish woman, disappeared. According to police, Linda – who remains missing – was abducted while walking home from church services on June 21. She was last seen near a farm on Stumptown Road in Bird-in-Hand. During the early days of Linda’s disappearance, Hand-in-Hand Fire Company served as a hub for search efforts.

The search process required a significant and diverse use of non-firefighting resources. The station’s large commercial kitchen served as a receiving and staging area for thousands of pounds of food and drinks, which fed and hydrated hundreds of volunteers each day. They had “Missing” posters commercially printed. Their station meeting room and office were equipped with internet, computers, video projectors, communication equipment and more. The station provided restrooms for the volunteers. It also provided seating areas for queuing volunteers and a large parking area for searchers’ vehicles, horse transports and UTV trailers, both of which were used for organizing and dispatching searchers during the first week Linda was missing.

Fortunately, the fire company had the financial resources and infrastructure to make the search happen without worrying about how much it was costing, says president Tim Hoerner. Hand-in-Hand hosts a number of fundraisers throughout the year, including their Carriage & Antique Auction, a half marathon/5K and community dinners. The money raised at the fire company’s events not only funds equipment, training and community engagement, but also the fire company’s assistance during uncommon tragedies like Linda’s disappearance. 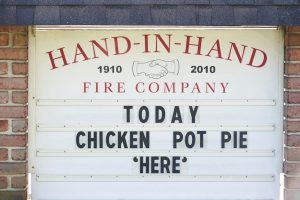 Hand-in-Hand Fire Company’s Chicken Pot Pie Dinner is one of their crucial fundraising events. In our February issue, Foodographer Jordan Bush explores the meticulous process that the volunteers undertake to create – in Jordan’s opinion – the best chicken pot pie of his life. While Jordan observed the making of the delicious dinner, he also got to know some of the dedicated volunteers behind the company. To read Jordan’s article, click here!

Hand-in-Hand’s Chicken Pot Pie Dinner will be held February 20 from 10:30 a.m. to 6 p.m. (or until sold out). Drive-thru and dine-in options are available. The fire company is located at 313 Enterprise Drive in Bird-in-Hand. Call 717-392-0112 or visit their website or Facebook for more information. 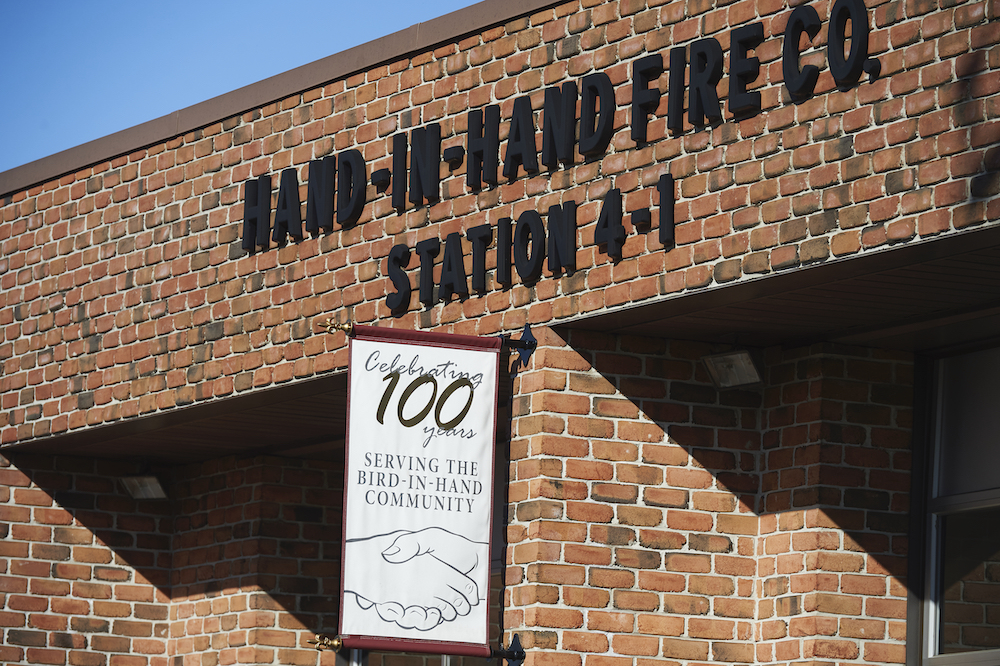