Celebrate the return of live music with an electrifying concert from Prima Theatre. The outdoor concert will feature hits from Queen and Journey sung by three national-level singers on a portable stage in the Liberty Place parking lot (behind Clipper Stadium) on June 11, 12, 18 and 19 at 8 p.m.

Throughout the pandemic, Prima Theatre has been a local leader in finding new ways to bring music and theater to the community. In September 2020, the theater showcased stories of our community’s bravery during a difficult year with their drive-in concert and parade, Brave & Beautiful. Throughout December 2020, Prima’s LanCarolers spread holiday cheer through the streets of Lancaster via a trolley of carolers.

Queen/Journey will up the ante even further. Prima Theatre is pulling out all the stops to offer an unforgettable rock-n-roll experience. Attendees can expect arena-style audio and lighting, special effects, confetti cannons, bubbles, lasers and more. Tait Towers, EBY, Shumaker PDT and MoxieHop Studio are all collaborating on the event.

A live band and three vocalists will take on the legendary hits, including Lancaster native and Broadway-credited Donovan Hoffer. The 2009 Penn Manor graduate has performed in numerous Fulton Theatre shows, including The Hunchback of Notre Dame as Clopin. He has also performed locally with Dutch Apple Dinner Theatre and the Ephrata Performing Arts Center. In 2018, Donovan sang in the chorus for Rocktopia during its time on Broadway. More recently, he scored an audition for season 16 of NBC’s America’s Got Talent, which premiered on June 1 and will air throughout this summer.

“It feels like home,” Donovan, who is now based in Chicago, says of performing in Lancaster again. After a year of shuttered theaters and virtual performances, Donovan is most excited to be able to share the experience with a live audience again. Connecting with the audience and being able to look them in the eyes is one of his favorite parts of performing. “We just can’t do what we do without an audience,” he emphasizes.

Grace Byrnes, who starred in Jekyll and Hyde at Prima in 2019, will also take the stage in Queen/Journey. It will be her first time on stage since the pandemic. “I’ve missed the rush of performing,” Grace reflects. “We got teary-eyed the first time we rehearsed on stage, because we all missed it so much.”

New to Lancaster is Asia Littlejohn, a vocalist who has performed around the world, including as a soloist at the Lincoln Center. Together, the vocalists will belt out hits like Don’t Stop Believin’, Bohemian Rhapsody and We Are The Champions.

Distanced circles will be chalked on the pavement in front of the stage for each party (up to four people). Guests should bring their own lawn chairs as needed. Individual general admission tickets include access to unreserved circles, but if you would like to reserve a circle close to the stage, premium tickets are available for purchase. Buckwalter’s Deli and Our Town Brewery will be onsite for all shows. On June 11 and 19, Zoetropolis will also be onsite offering craft cocktails. 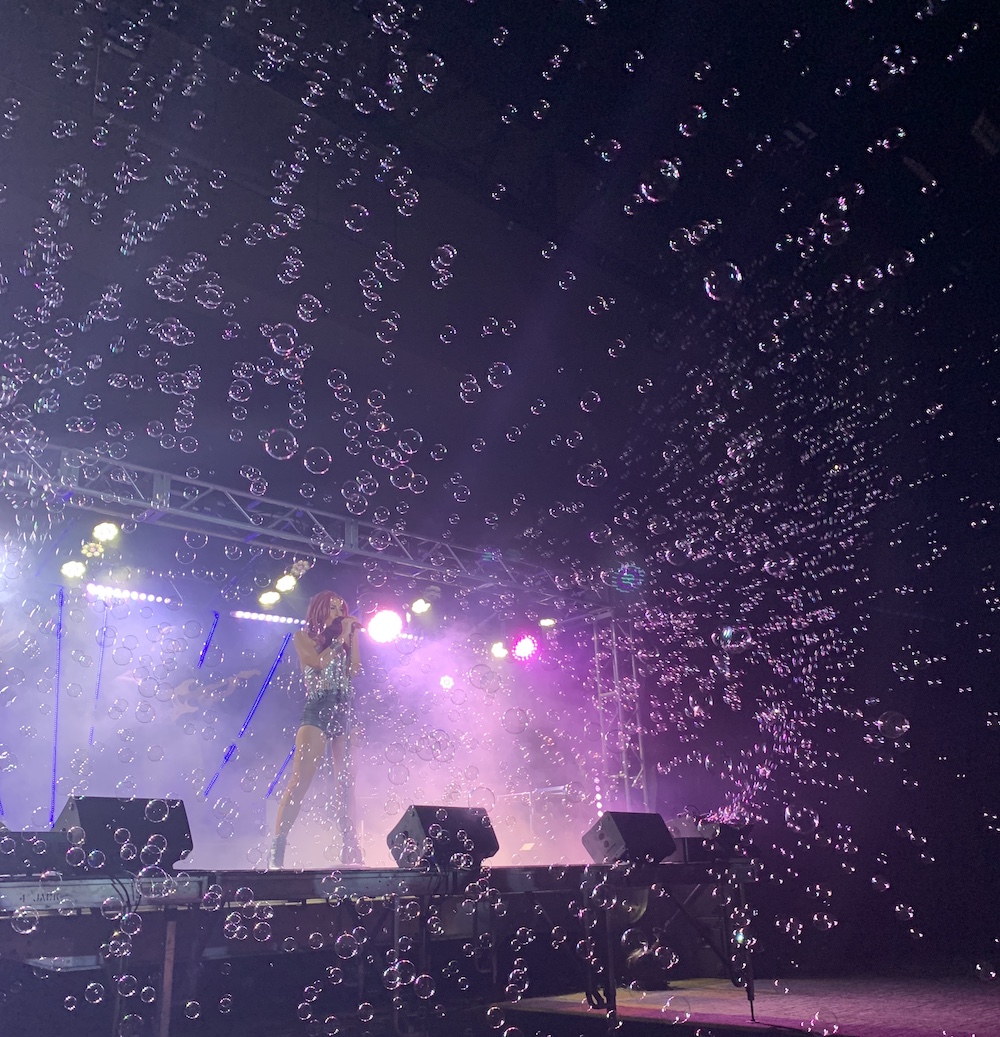