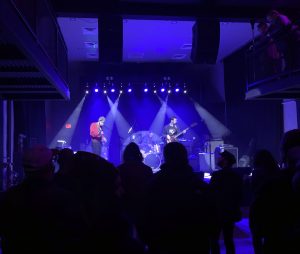 Phantom Power, a microbrewery and music venue, is Millersville’s newest addition. Sitting on the edge of Millersville University’s campus, the venue is the same building that Point of View Cinema used to occupy. The theater was a popular venue for foreign and independent films but closed sometime in 2013.

The building was then bought by Gregg Barley, a former booking agent at the Chameleon Club and Tellus360, and transformed into the beer and music hub it is today. 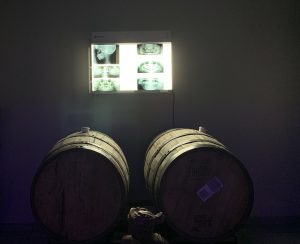 The start of Gregg’s X-ray collection.

I asked Gregg how he would describe the vibe at Phantom Power. “Spooky,” he replied with a laugh. With X-rays on the wall and eerie blue-purple lighting, I can see what he means, and I dig it.

Gregg hopes to add more X-rays to his collection (so be sure to send your crazy X-rays to him) and add some other elements to make the venue more distinctive.

The venue features a bar on both floors, one on the ground floor opposite the stage and one on the balcony. Parking is limited, so plan accordingly by buying a parking pass or parking nearby and walking.

Phantom Power’s grand opening is on Friday, March 6 and will feature the Heart Bones with Real Dominic and Nielsen Family Band. Gregg emphasizes he doesn’t want to just book bands at the venue but wants to host a variety of events and create an environment where everyone will feel welcome. 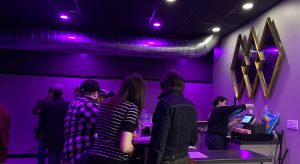 The bar upstairs at Phantom Power.

April 28: The Furious Bongos do Zappa

Stay up to date with Phantom Power’s latest events on their Facebook page and on Eventbrite. 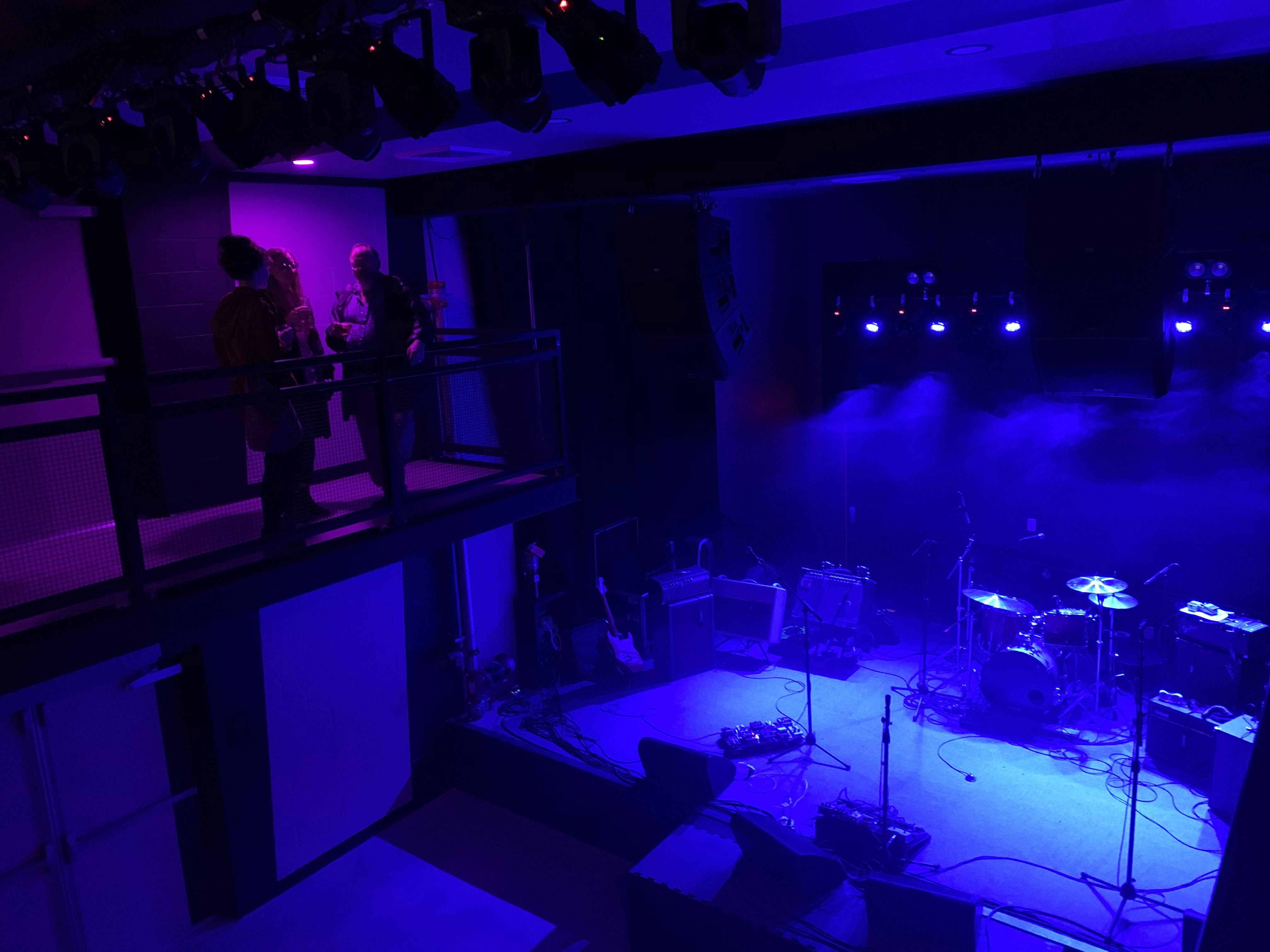