On Monday, June 21, people from more than 1,000 cities worldwide will hit the streets for Make Music Day, the world’s largest annual music event. The event originated in France in 1982 when their Ministry of Culture created Fête de la Musique, or festival of music, where free, live music played everywhere, from street corners and parks to rooftops and storefronts. Unlike typical music festivals, everyone was invited to join and play along to songs and melodies. The event eventually grew into the worldwide celebration it is today.

Music for Everyone (MFE), a local nonprofit dedicated to using music as an educational and community-building tool, will bring the worldwide event to Lancaster at Binns Park from 3-8 p.m. Everyone, regardless of skill level, ability or age, is invited to join and create music.

Participants will play along to Flowerpot Music, written by composer Elliot Cole, with terracotta flowerpots and mallets. (Attendees are encouraged to bring their own flowerpots and mallets, but MFE will provide some at the event.) Stickers, paints and brushes will be on hand for those who want to decorate their flowerpots after they’re done playing.

The event will also feature a dueling drum circle. Participants will choose a percussion instrument from MFE’s stockpile and split into two groups. Matt, Lisa and Nathan will lead the group with some simple melodies to get everyone comfortable with their instruments. Then, the groups will face off in a call-and-response duel.

Also, be sure to check out Music Fridays in downtown Lancaster, which are held on third Fridays from 5-8 p.m. in the summer. Hosted by the City of Lancaster and MFE, the streets come to life with local musicians on mobile trucks bringing live music downtown and around the neighborhoods. Upcoming dates include June 18, July 16 and August 20. 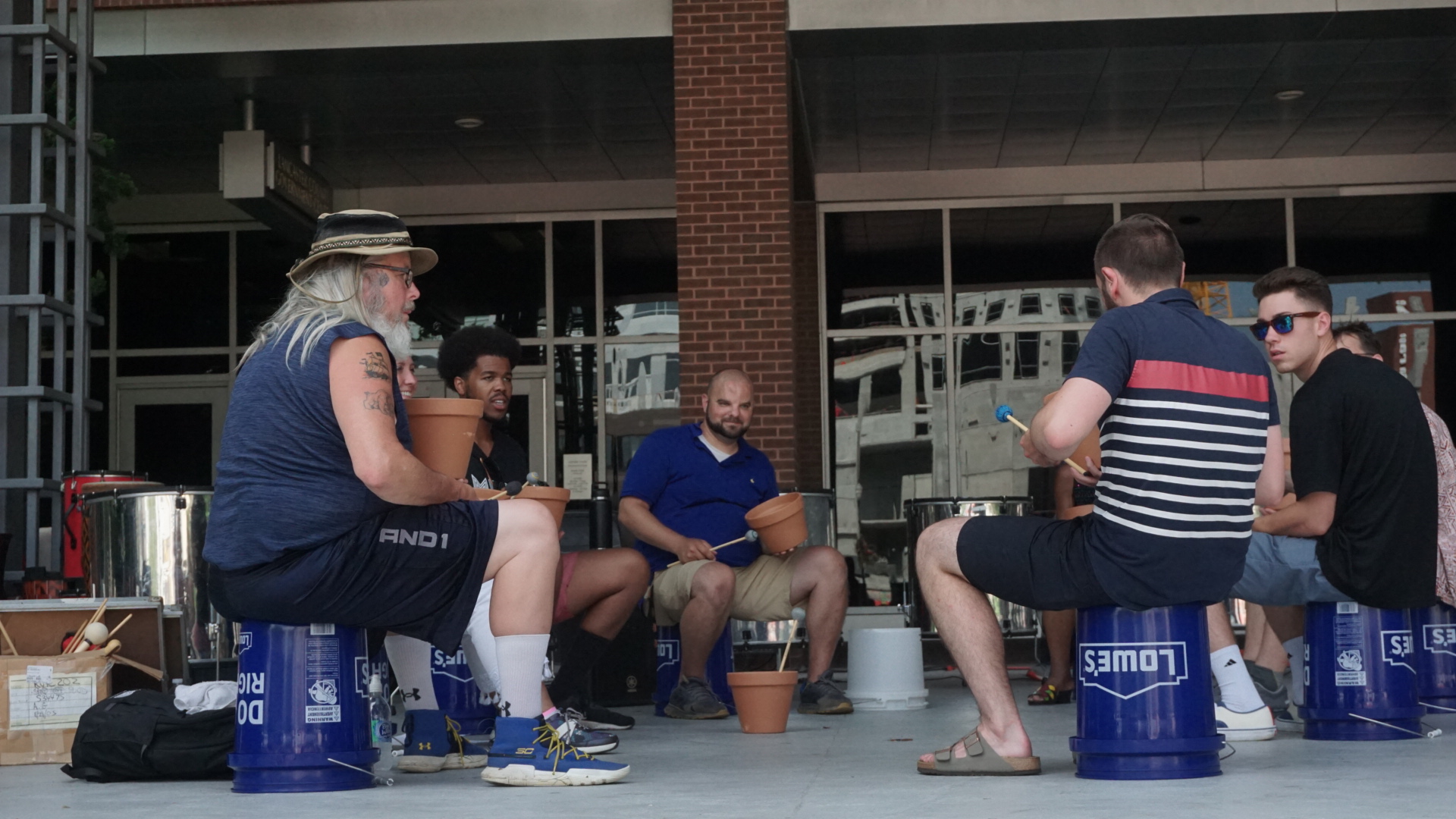