The world has changed a lot in the past 60 years, but music remains a constant. The Long’s Park Summer Music Series continues to be a summer staple as Lancaster residents flock to the park each Sunday evening throughout the 13-week series. 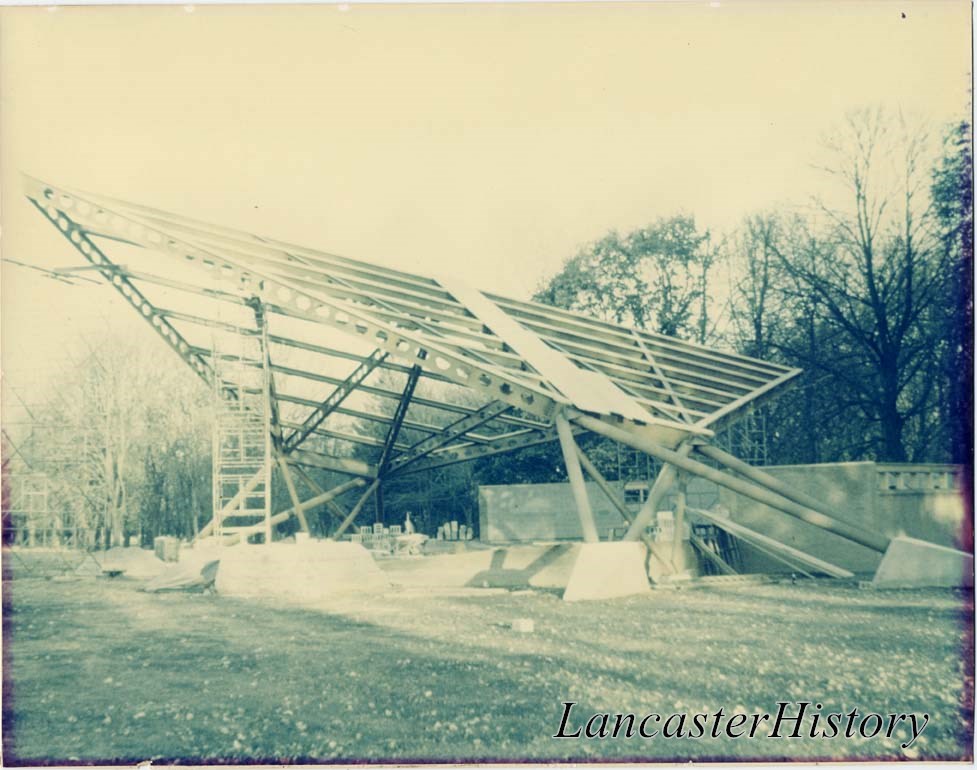 Construction of the amphitheater. Photo courtesy of LancasterHistory.

In the late 1950s, members of the Lancaster Sertoma Club had a vision to build an amphitheater at Long’s Park to enable the community to experience a variety of different genres of music and entertainment for free.

Construction of the amphitheater began in June 1961 and finished a year later. The amphitheater was expected to cost $65,000, but it is now estimated that the project ultimately cost $90,000. When the organization was short on funds, seven dedicated members took out second mortgages on their homes until they could raise and recoup the money. Proceeds from the Sertoma Chicken BBQ largely helped to fund the construction of the amphitheater. Community members were also able to purchase symbolic bricks that were used to build the iconic structure, which was designed to send sound across the lawn to ensure that concertgoers could enjoy the music no matter where they sat.

On May 26, 1962, the Long’s Park Amphitheater was officially dedicated and music filled the park.

The amphitheater was built to last for decades; however, there are some elements that need refreshing. New lights were installed on the stage earlier this year. Plans to update the roofing of the amphitheater are in the works. The foundation will also be renovating the green room behind the amphitheater, which is where performers get ready to take the stage. The renovations to the green room will wrap up sometime this summer. The Long’s Park Amphitheater Foundation would also like to capitalize on the volume of traffic on Harrisburg Pike, due to the park’s proximity to Route 30 and The Crossings at Conestoga Creek shopping center. The foundation is hoping to add sculptures near the park’s entrance to capture passersby’s attention. As traffic to the park continues to increase, more parking will also be needed.

How to Support the Long’s Park Amphitheater Foundation 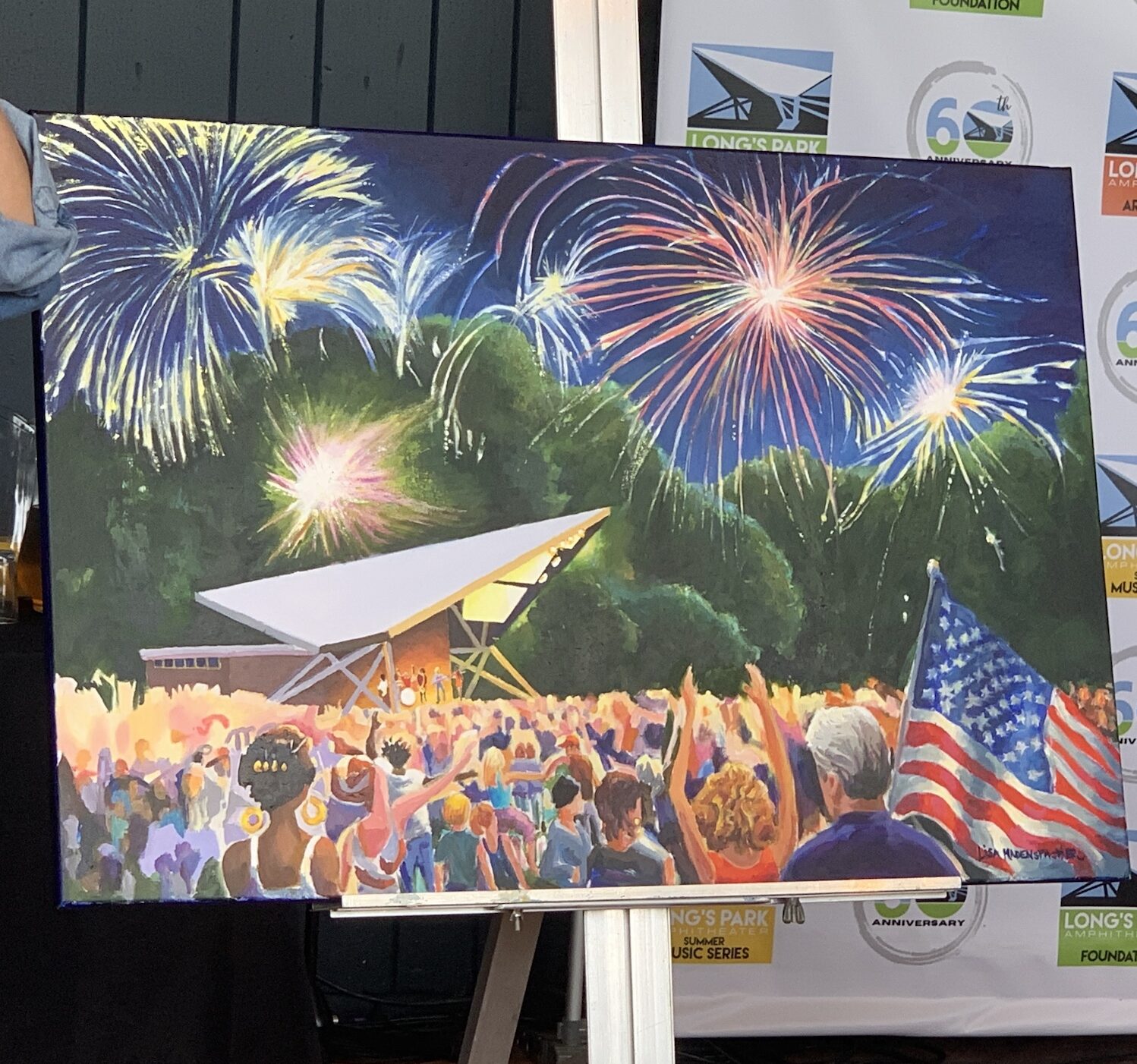 In honor of the amphitheater’s 60th anniversary, the foundation will be selling commemorative T-shirts featuring this year’s Summer Music Series lineup, as well as bird feeders – which they are calling “amphifeeders” – that feature the amphitheater’s iconic roofline structure. The foundation will also be hosting an inaugural gala on September 30 at the Lancaster Trust from 5:30-9 p.m. Hors d’oeuvres will be prepared by former White House chef John Moeller of The Greenfield Restaurant. The gala will also feature a presentation from RLPS architect Greg Scott, an art auction and of course, music. One piece of art that will be available for auction is a painting of the amphitheater by local artist Lisa Madenspacher.

In addition to sponsorships and donations from the community, the Long’s Park Art Festival (September 2-4) is one of the main sources of funding for the Summer Music Series. First held in 1979, the festival now welcomes thousands of visitors each year over Labor Day weekend and hosts 200 exhibitors who are chosen through a competitive jury process. For more information, visit longspark.org/art-festival.

Patriotic Fireworks Celebration with the U.S. Army Band Pershing’s Own

A Night on Broadway with the Lancaster Symphony Orchestra

For more information on the Summer Music Series, visit longspark.org/concertschedule.