The crafted-cocktail trend is in high gear! Lancaster mixologists, while happy to pour your trusted throwback classic, are being inspired to muddle, infuse and innovate their way to new signature cocktails. The “Buy Local” movement has also expanded beyond farm-to-table and into the bar scene. Entrepreneurial Pennsylvania distillers are producing unique spirits, using locally sourced grains – some grown in the fields of Lancaster County. 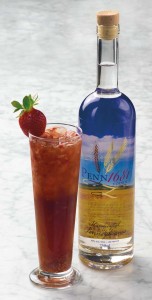 Penn 1681 Rye Vodka, from Philadelphia Distilling, is produced from organic rye harvested from Amish fields. The company, which opened in 2004, is the first craft distillery in the Commonwealth of Pennsylvania since prohibition. An extensive filtering process frees the vodka of impurities, making it clean and easy to drink on its own or as a martini, says Greenfield’s bartender Kim Riedel, who has seen a growing interest in locally sourced spirits and craft beers among her customers. Kim takes advantage of the peak strawberry season to create the Berry Pepper Tea – a combination of fresh berry flavor with the kick of black pepper and a little raspberry tea (a summer staple at Greenfield Restaurant). “It’s a patio cocktail,” Kim says, “and a drink meant for sipping.”  A mocktail version? Sure, just leave out the vodka.

The Bay Vodka at the Rendezvous Lounge 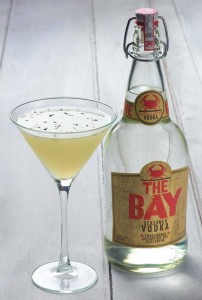 Imagine enjoying the essence of summertime on the Chesapeake Bay. Let Kevin Oswald, bartender at the Lancaster Marriott at Penn Square’s Rendezvous Lounge, whip up his

and memories of cracking hard shell crabs will flood your senses. The secret? The Bay Vodka, a handcrafted vodka seasoned with the spices that we would associate with Old Bay – including celery seed, black and red pepper, nutmeg, cardamom, sea salt and other secret spices. Made by the same distillers as Bluecoat Gin and 1681 Vodka, The Bay Vodka is a natural for a Bloody Mary, but Kevin has ventured beyond the obvious to create a “bright, fresh citrus-forward martini that tastes like a summery lemonade with an Old Bay finish. I see it best enjoyed as a post-gardening ‘Barefoot Contessa’ moment,” he describes, “or on a boat in the bay on a hot, sunny day.” The perfect food accompaniment? Maryland crabs, of course. For the mocktail version, use freshly squeezed lemonade, shake with fresh basil leaves, add club soda and a pinch of Old Bay seasoning. 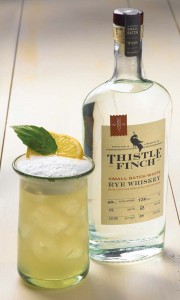 In a 1900s-era tobacco warehouse on West Grant Street, the time-honored process of whiskey distillation is taking place, one small batch at a time. “Thistle Finch uses rye, wheat and malted barley grown in Lancaster and Lebanon counties to create its traditional-style, un-aged rye whiskey,” says its bar manager, Laura Luce. Her Lemon Pepper Rye recipe uses the distillery’s flagship product – white rye whiskey – along with the peppercorn-infused version for a “spicy, citrusy drink meant for sipping by the campfire or in your backyard on a cool summer evening.”  Thistle Finch’s products are sold in Pennsylvania’s Fine Wines and Good Spirits stores, and you can see how they are made during a tour of the distillery on Saturdays at 3, 4 and 5 p.m.

Bluecoat Gin at the Belvedere Inn 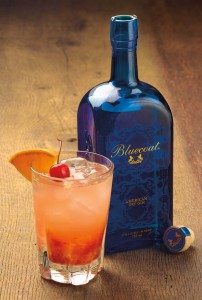 Bartender Taylor Merrill sees the locavore trend in his clients’ requests for Bluecoat Gin, another product from Philadelphia Distilling, over many of the larger spirit makers. “Bluecoat has a less pine-needles, juniper-berry taste than most mass-produced gins,” he says, describing Bluecoat as a vodka-drinker’s gin. His Ginger Blue Fashion (a gin-based take on the classic Old-Fashioned) is refreshing and crisp, with ginger beer and simple syrup mixing it up with a muddle of fresh sweet cherries and oranges, and topped with Bluecoat Gin. “It’s meant to be enjoyed outdoors,” he says, “especially on the deck of the Belvedere with our pan-seared mahi-mahi and beet salad Ω but the beach or poolside will work as well.” Not an imbiber? Eliminate the gin, increase the ginger beer and add a splash of water. 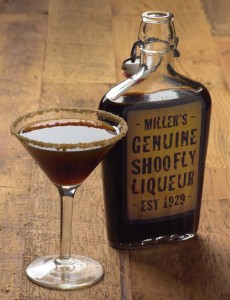 Now, chust a minute. There’s a quiet part of Lancaster County that is making its own liqueur from an unlikely inspiration: the shoofly pie. Inside the 86-year-old landmark of Pennsylvania Dutch cooking, Miller’s Smorgasbord has a tiny service bar that whips up some spirited drinks Ω the Amish Cow, the Mud Sale and the Shoofly Tini. The foundation of each of these highballs is Miller’s exclusive liqueur, which is based on the ingredients of the shoofly pie Ω molasses and spices of cinnamon, ginger and nutmeg Ω and infused with a bit of vodka. The Shoofly Tini is rimmed in crumbs from Miller’s classic  shoofly pie’s topping, says Jeff Bomboy, a general manager at Miller’s, who describes the drink as surprisingly “not sugary sweet, but more dry like a martini, with a sweet finish.” While the Shoofly Tini is enjoyable before, during or after a meal, the Amish Cow and Mud Sale are drinkable desserts, with Kahlua and cream and Bailey’s Irish Cream coming into play, as well as whipped cream and cinnamon
if the customer is game. No mocktails here! The proprietary liqueur is
available only at Miller’s Smorgasbord, which is well worth venturing
to the Route 30 East destination, even in summer.

Purchase this liqueur at Miller’s Smorgasbord. 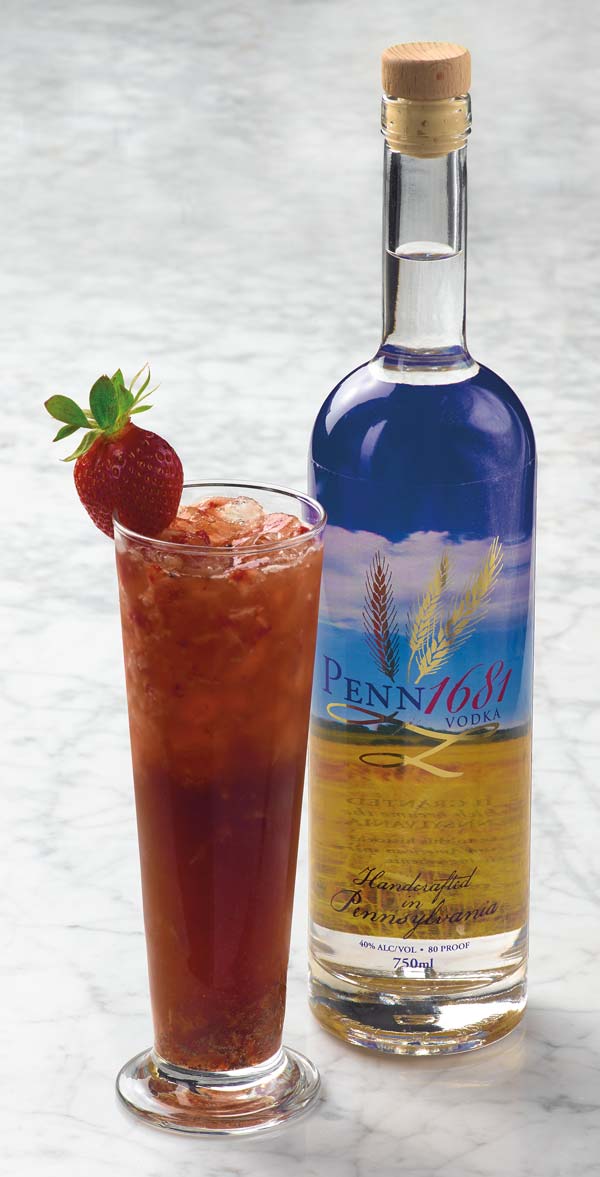